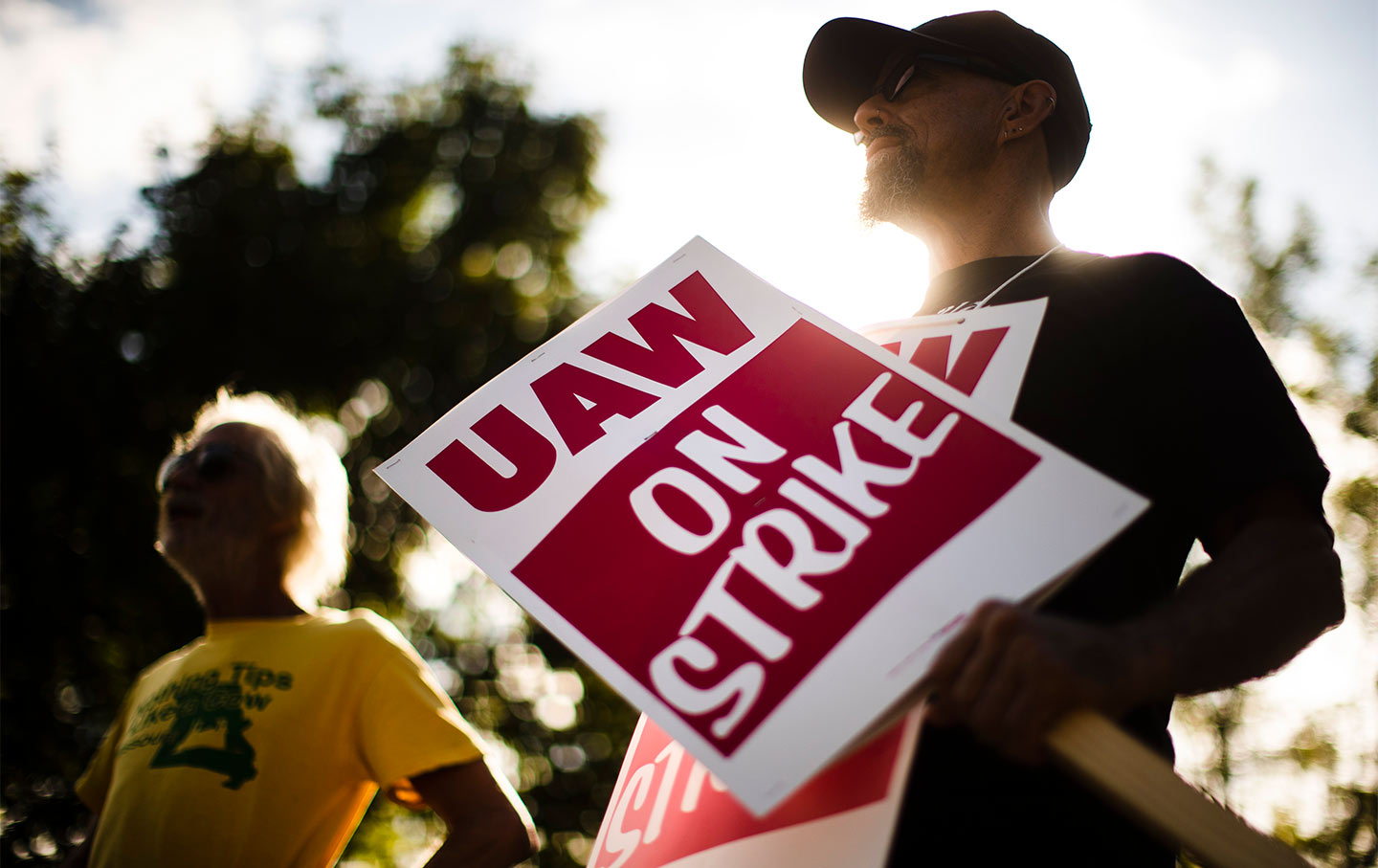 At midnight, General Motors workers began their first strike since 2007. Given the rampant inequality eating away America’s middle class, and with it our democracy, 50,000 workers’ going on strike is always cause for jubilation. It’s even more important when the workers occupy a key sector of the economy. Despite decades of systematic union-busting, with auto company CEOs, backed by their shareholders, closing American plants and driving good, unionized jobs out of the United States, the automobile sector still represents 3 percent of the overall American economy. That’s huge. Without question, the 50,000 rank-and-file autoworkers who just walked off the job at plants across the country—many in key electoral swing states—are owed the entire nation’s active support.

Bailed out by the taxpayer to the tune of $11 billion, General Motors has been making record profits—and closing plants. According to striking GM employee Sean Crawford, who works at Flint Truck Assembly building the Silverado and the GMC Sierra, “GM doesn’t care about America, they don’t care what happens to our communities. Whole cities are being decimated by disinvestment. They can wave the flag all they want in their TV advertisements, but they’ve destroyed whole communities of people just trying to raise their families.” For Crawford, the most important two issues in this strike are putting an end to the creation of “temporary” workers—many of whom have been working side by side with him for up to six years—and bringing all workers up to the same tier.

That second point is key: According to Sam Gindin, who by the time he retired had spent decades as chief labor economist for the Canadian Autoworkers, “Part of what made the United Auto Workers so important for so long was the solidaristic union principle of equal pay for equal work. The level of equality in the auto industry was remarkable for decades because previous union leadership fought to keep the difference between skilled trades, assembly line, and even janitors minimal. Having extended this to women decades back, it has more recently been given up for new workers doing the same job as workers hired earlier.”

The official press releases from the UAW name other core issues in this strike: keeping US plants open, improving health care and wages. But to win something as huge as forcing GM to reopen plants and reinvest in American workers requires more than eliciting dubious company promises to create more jobs—it requires the kind of strike preparation and strategic thinking that has been absent at the highest levels of the union for far too long. 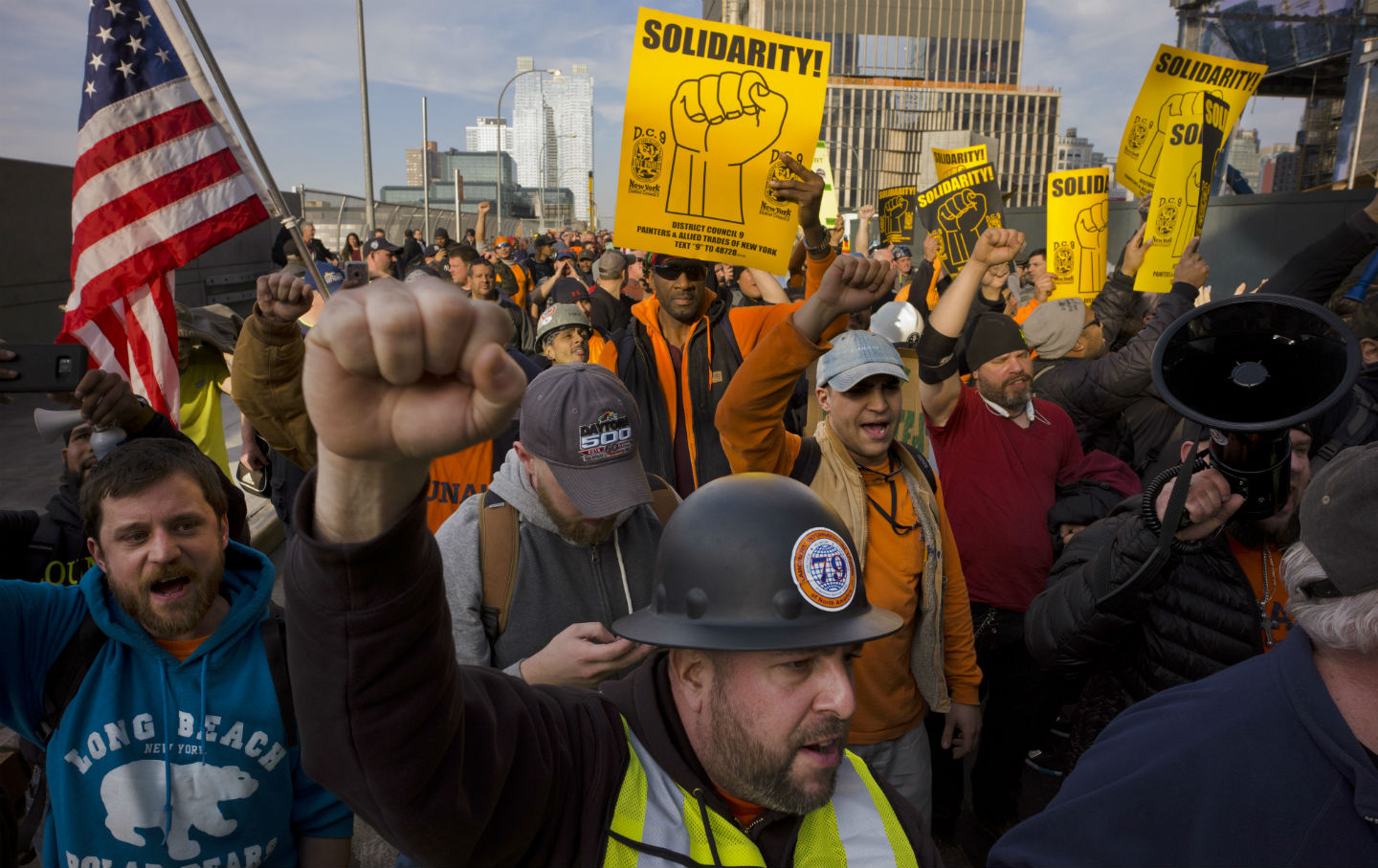 Inside the Carpenters’ Fight for Control of Their Union

The national leadership of the United Auto Workers once led the working class to the promised land through the class struggle and militant strikes in the 1930s and ’40s. Today, top union officials see corporate management, not rank-and-file workers, as their source of power. Sean Crawford, coming off the first 13 hours on the picket lines, said this morning, “There was no communication with the rank and file and no preparation for this strike.” The UAW’s top leaders are currently under investigation in an unfolding corruption scandal, and that likely helped them make the decision to wage this strike. Their credibility is on the line heading into major negotiations at all three big automakers, and they needed to regain the confidence of the rank and file.

More strikes are urgently needed to reverse the dangerous increase in American inequality. But the exciting strikes that have been electrifying the nation for the past two years have been led by a surge in bottom-up movements of the rank and file, mainly of women in the education sector. Workers at GM are reading tea leaves and official press releases, just like the media, and that’s no way to win a massive strike.

Yet, despite the many obstacles and tarnished national UAW leadership, everyone needs the workers in this strike to win. At General Motors, the autoworkers deserve real job security, a great contract that honors their tireless hard work, and new union leadership. To get it, they need to drive this strike themselves.