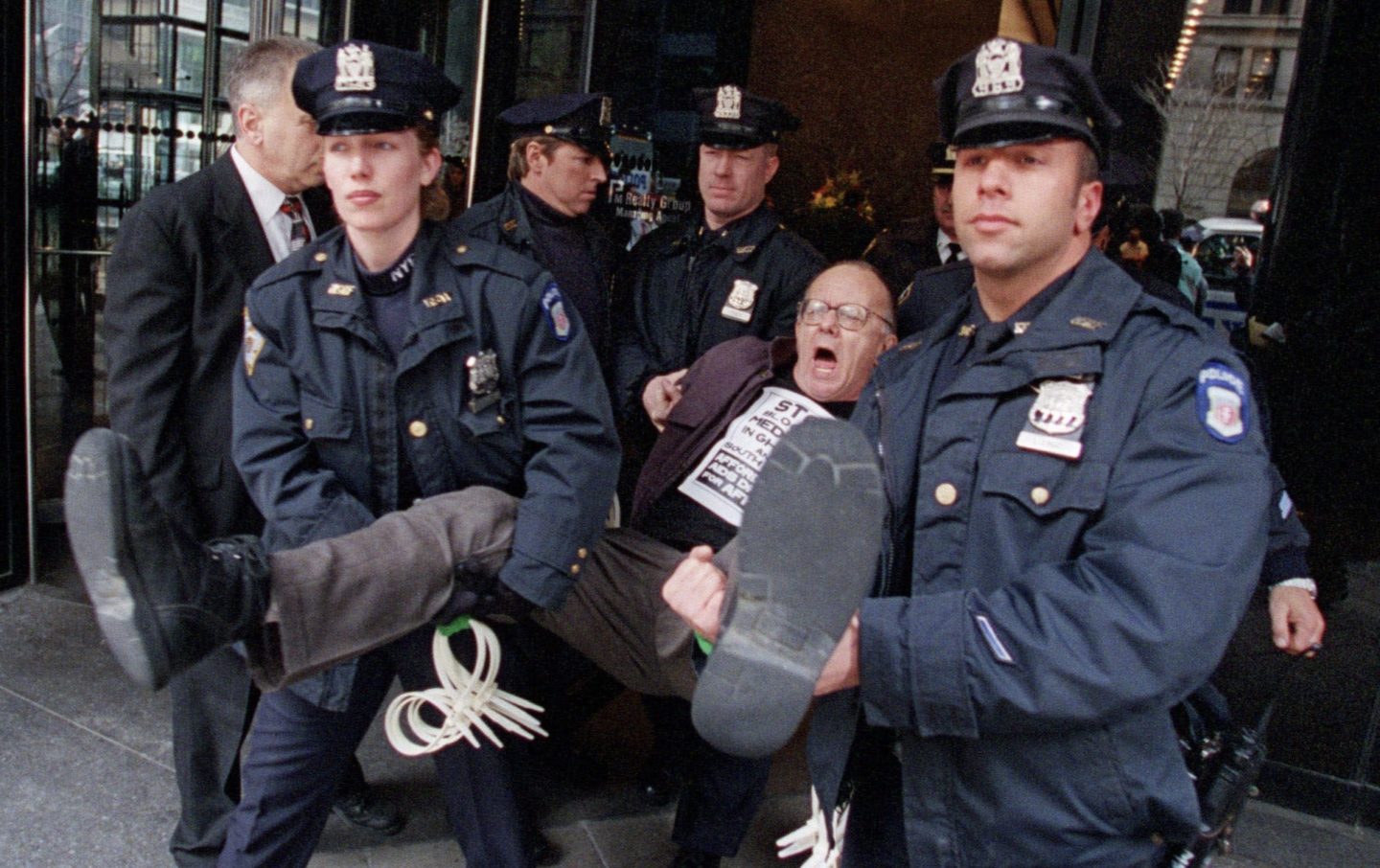 The commemoration of Stonewall by the very institutions that have generally ignored LGBTQ people for the past five decades—by museums and corporations, banks and media companies—is noteworthy. But it also risks becoming a parody.

Stonewall’s 50th anniversary presents the LGBTQ movement with a choice: merely to celebrate this sanitized, marketed reenactment of a revolutionary moment or to remember and rebuild our movement on Stonewall’s militant foundation—on fierce protest against the state, and as outsiders to a system with little to lose and everything to gain.

Direct action has always been our first and most urgent strategy; messy, massive, persistent protest anchors every gain. Stonewall itself was a protest against police violence and harassment. It challenged laws that criminalized and limited our freedom of assembly and expression and sought to control our sexual and reproductive lives. Similar forms of state repression exist today. Senseless laws criminalize people with HIV, immigrants, women, transgender people, and protesters against the Trump regime; they prevent people of color from voting; and new court decisions rig the system to maintain control for an oligarchy. This moment requires an escalated response from us, one grounded in protest.

Still, it bears remembering that the state has been the enemy of LGBTQ people more often than it has been our friend. Again and again, it has targeted queer people for punishment—from the lavender scare that purged gay people from federal jobs in the 1950s to the use of criminal laws against us today, from the use of medical classifications to stigmatize queer and trans bodies to the disparaging clause stating that “nothing in this Act shall be construed…to promote or encourage homosexuality”that is still codified in federal law. Even now, the grant of marriage equality sits alongside the refusal of equal protection in employment, public accommodation, family law, and access to services for queer and trans people.

In an era in which the state is captive to capital, in which it serves as a cudgel for the monied class, a skeptical stance toward state power is essential for our survival. The access provided by queer money is not enough to secure rights or justice for all our people. Instead, LGBTQ futures depend on the political and cultural victory of a broad progressive alliance in which we play a leadership role and in its creation of more accountable forms of governing power.

Outside is where queer began—not as a meme, but as the deep experience and memory of being different because of gender identity or sexual orientation. LGBTQ people remain outsiders to racist patriarchy and its economic and gender values. This outsider frame is a potent resource in an era of autocracy, reaction, conformity, and social control. A queer future rests on remembering our difference, in the critical perspective it provides and in the possibility of radical solidarity it affords with other outsiders. As Audre Lorde wrote, “There is no separate survival.”

As marriage turned us from outlaws into in-laws, a compliant politics glorifying sameness replaced the more radical political goal we once had: that of building a society that secured justice for all. We have an opportunity and an obligation to recommit to that goal. The celebration of Stonewall 50 grounds us in our movement’s urgent and fearless roots, reminding us that transformation, not accommodation, is Stonewall’s true legacy.