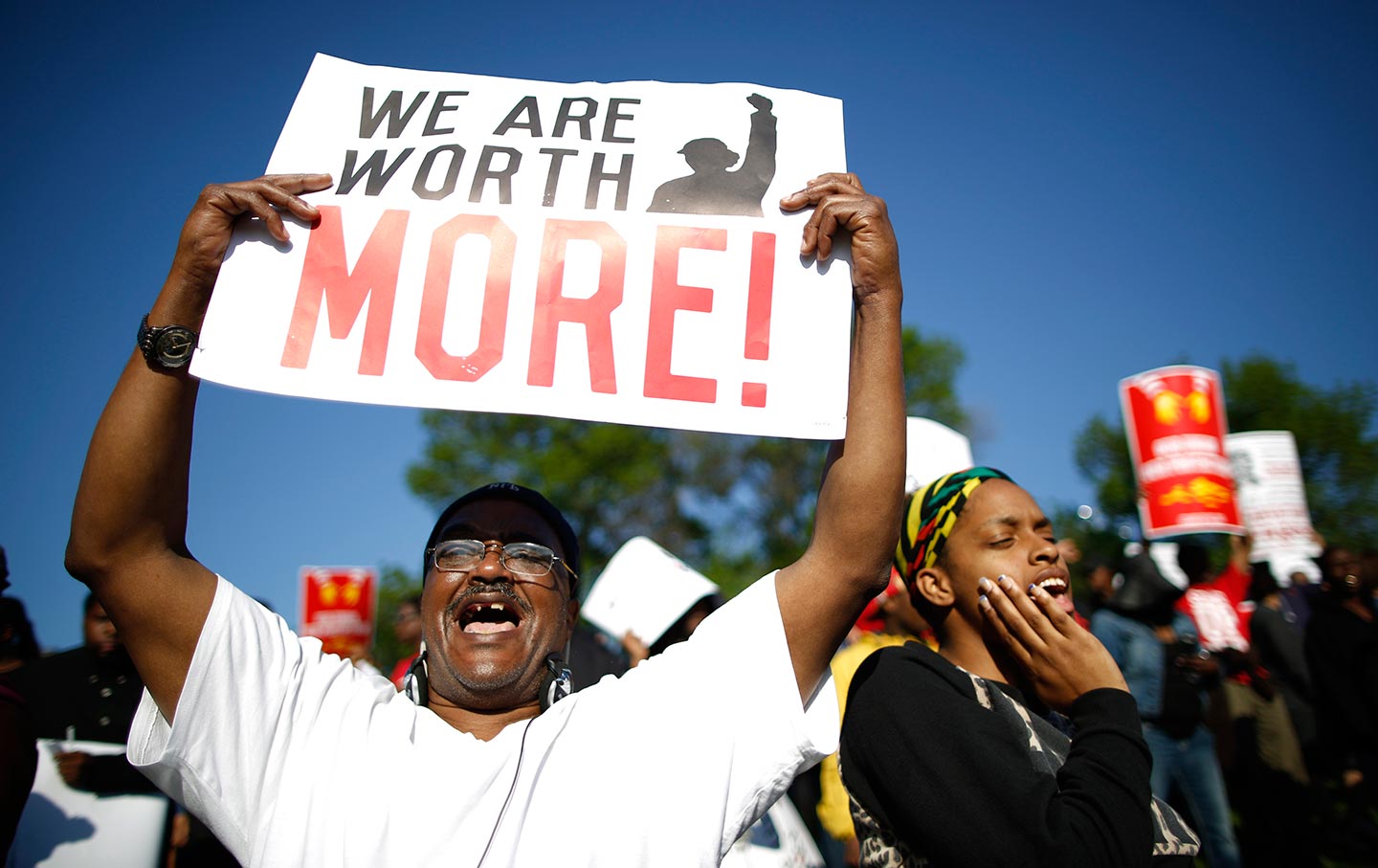 Last week, Manhattan District Attorney Cyrus R. Vance Jr. announced the indictment of a construction company, its principals, and others for theft of over $1.7 million, as well as for insurance fraud. Here’s the interesting part: The alleged theft in this case involved stealing from workers by illegally reducing their paychecks. Among other things, Parkside Construction and its managers allegedly altered time records in order to shave workers’ hours and thereby pay less money in wages than what was owed. Historically, that kind of malfeasance would get you a lawsuit, not get you arrested.

But things are changing, although not fast enough. This case exemplifies the leadership role increasingly played by a handful of prosecutors in pursuing predatory employers. Far more state and local prosecutors should take on this work; it is the right thing to do on the merits, and is especially needed now, as the federal government is abdicating its role of protecting our country’s workers.

Voters will soon have the chance to weigh in on this issue. There are scores of district-attorney seats in play in November, as well as over 30 state-attorney general elections. Criminal-justice advocates have rightly set their sights on these races, hoping to unseat some of the district attorneys whose “tough on crime” policies tend to be limited to offenses like drug violations or traffic infractions. Yet these contests also present an opportunity to elect leaders who understand the importance of judiciously using criminal law to address serious employer abuses, like wage theft, sexual assault, and utterly avoidable workplace injuries and fatalities.

In these terribly divided times, here is something we all should agree on: Work should pay, and crime shouldn’t. Too often, though, work doesn’t pay, and crime does, especially when the criminals are predatory employers who have cheated, endangered, or otherwise mistreated their workers.

What are the realities facing too many workers today? Here are the facts in some criminal cases we brought in the New York State Attorney General’s Office in the past five years. After a federal labor inspection, a Papa John’s franchisee created fake payroll records, including fictitious worker names, to avoid paying overtime and taxes. A home health agency simply didn’t pay people any wages at all for months at a time, even while hiring new aides. A construction contractor paid many of its employees in cash “off the books,” created false records, demanded kickbacks, and flouted workers’ compensation requirements, among others. The employers in these scenarios showed clearheaded and unmistakable intent to violate the law.

Such cases emerge in the context of highly eroded working conditions nationwide and widespread violations of workers’ basic rights. A recent study found that 2.4 million workers lose $8 billion annually to minimum-wage violations in the 10 most populous states. A total of 5,190 workers died on the job in 2016, just shy of 100 per week. A poll earlier this year reported that 38 percent of women reported experiencing sexual harassment at work. To be sure, many labor-law violations are not crimes under the law, but these numbers demonstrate the extent of the problem.

These trends don’t affect only workers. They also harm law-abiding businesses, who struggle to compete with bottom feeders. And employers who cheat their workers often cheat the government, too, under-reporting workers for tax purposes, and defrauding workers’-compensation-insurance carriers, leaving everyone else to hold the bag.

Unfortunately, these issues simply aren’t on many prosecutors’ radar. Or perhaps the conduct doesn’t quite feel criminal to them: Wage theft is nonviolent, after all; couldn’t it just be handled through lawsuits or civil agencies?

This thinking is misguided. Prosecutors routinely bring charges in cases involving property and white-collar crimes, which are also typically nonviolent. And there would be no question about bringing criminal charges if the evidence showed an employee had embezzled from her boss; the same logic applies when the roles are reversed. The crimes in these cases are clearly intentional, and the harm to the victims of wage theft is real and substantial: People are unable to feed their children, pay the rent, buy clothes.

Some prosecutors have begun to understand this perspective. In recent years, prosecutors in places as varied as El Paso and Minneapolis have brought charges in wage-theft cases, while in Philadelphia and Boston, they have taken on grossly negligent employers whose actions led to fatalities. And even before the #MeToo movement, there were arrests of sexually assaulting bosses, like the owner of the nation’s very last Howard Johnson’s, and the co-owner of a Boulder ice-cream company.

These cases demonstrate a growing movement of law enforcement at the grassroots, and one that should be recognized and treated as a priority, especially given the potential deterrent impact. While research shows limited to no deterrence resulting from certain kinds of criminal sanctions, such as capital punishment, there is evidence that some kinds of behavior, like tax compliance, can be affected by increased criminal enforcement and sanctions. And while there are no studies to date, common sense and anecdotal evidence both strongly suggest that employer workplace violations could be deterred by the specter of criminal prosecution.

Employers in these cases think of themselves as cutting corners to save a buck, or describe themselves as flirty at work. They consciously make choices to intentionally flout the law in ways that seriously harm other people, but they don’t think of themselves as criminals. If the possibility of arrest were on their radars, it wouldn’t solve everything, but it might certainly move the dial toward compliance.

More prosecutors need to take up the mantle to send a strong message about rule of law and workers’ rights, and the consequences of showing disdain for both. After all, if the scene of the crime is a workplace, it’s still the scene of a crime.