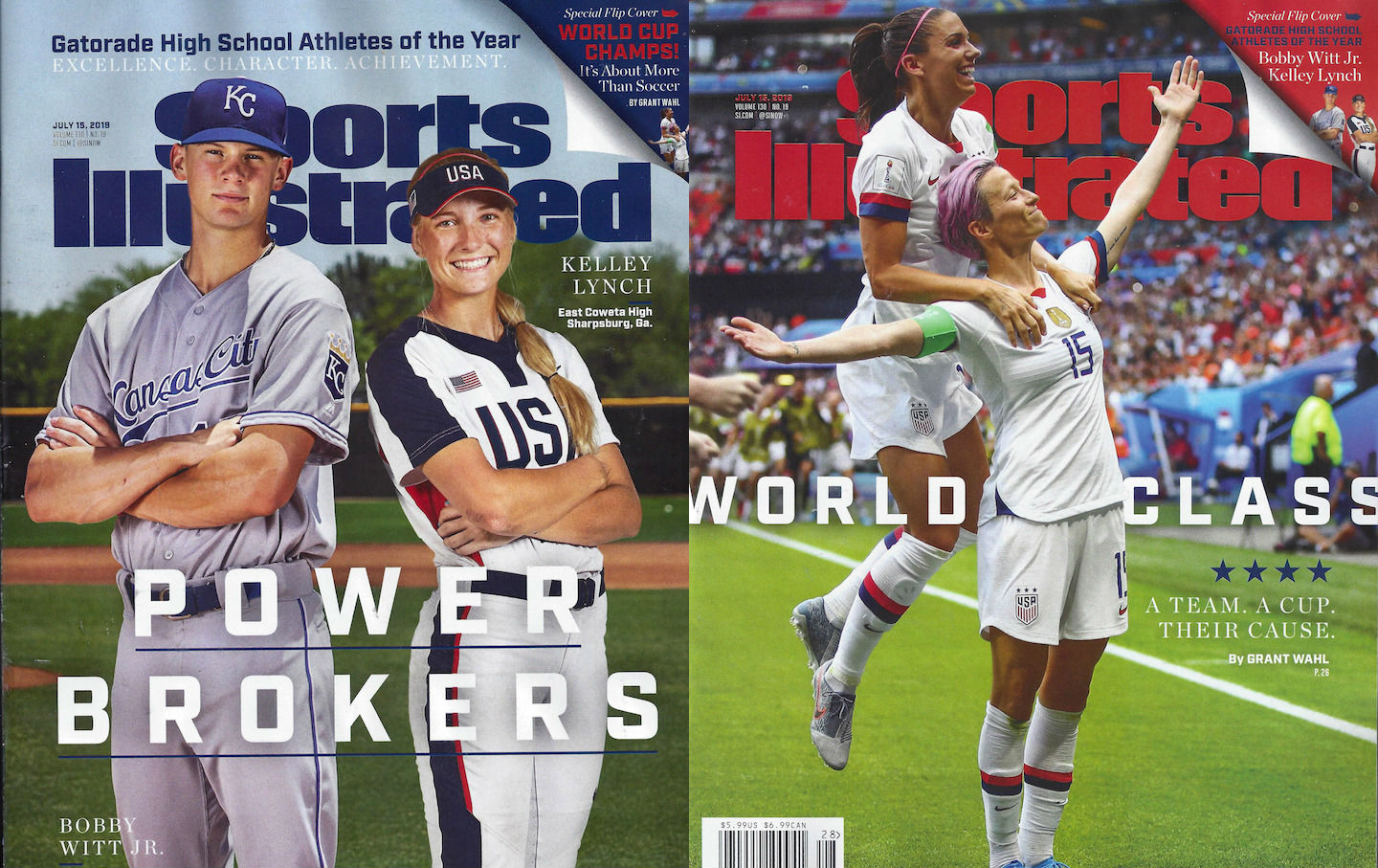 Growing up, every Thursday was my own private holiday. That was when the new issue of Sports Illustrated showed up at my door. I would lie on my blue comforter and all the pain of early adolescence would wash away as I read the exploits of my sports heroes, brought to life by epic photography that felt three-dimensional in its vibrant radiance. I found myself gravitating to my favorite writers first, no matter the article’s subject—people like Frank Deford, Ralph Wiley, and E.M. Swift.

As one sports journalist of my generation messaged me, “We all grew up—all of us—wanting to write for Sports Illustrated.” A decade ago, I briefly wrote a column for their website—just 10 pieces in all. Seeing my name and face at si.com brought me a unique kind of professional joy; the feeling that, if nothing else, that placement among my heroes could never be taken away from me.

Now Sports Illustrated is being taken from all of us in an ugly and ruthless manner. The organs of the magazine are being harvested by a private equity firm that is out for blood and taking no prisoners. Half the staff has been laid off by the new owners, a consortium of vampiric thugs called The Maven Group. TheMaven cut a deal to license SI in June after Meredith Corporation, the magazine’s previous owner, sold the brand to Authentic Brands Group for about $110 million.

According to Jacob Bogage of The Washington Post, “Close to 40 percent of the publication’s editorial staff is set to be replaced by an army of low-wage freelancers. The CEO of the SI’s ownership group calls it ‘awesome.’” As Pulitzer Prize–winning writer David Maraniss put it, “The corporate dismemberment of Sports Illustrated is more than an unfortunate sports story; it’s an unforgivable crime against a living legacy of literate writing.”

After a chaotic Thursday morning during which the layoffs were expected and then delayed, followed by a plea from three-fourths of the staff to call this deal off, the ax came in the afternoon. As a series of talented journalists began posting on Twitter that they were now looking for work, Deadspin reported that “TheMaven’s Ross Levinsohn and James Heckman were in the building to meet with the remaining staffers, but not to face those losing their jobs.”

The NewsGuild of New York, which represents staff at Sports Illustrated, released a statement condemning the handling of the layoffs:

Today we were anticipating a mass layoff at Sports Illustrated. Instead, minutes before scheduled “transition meetings” were set to begin, Meredith management cancelled and hosted an impromptu all-hands gathering, where SI staffers were given no information about their futures. It’s clear that TheMaven views this brand as merely a financial transaction. Meredith’s employees deserve better.

Later, the union called on Meredith to “do the right thing and extend severance benefits matching the Guild contract to all employees who are losing their jobs as a result of this decision.” The NewsGuild has promised to keep fighting on behalf of all the impacted workers.

I reached out to Melissa Jacobs, an editor at the magazine from 2015 to 2017, who told me, “When I was employed by SI, there were layoffs every few months. We knew there would be more upheaval in the future.… even with through years of turmoil, [SI] had still been breaking massive news, telling deeply reported stories not found elsewhere, and continues to be the most consequential publication for aspiring sports writers.”

Even through the recent rocky years, their product did not waver. That’s what is so enraging about Thursday’s blood-letting: It didn’t need to happen. Sports Illustrated did not have to be turned into whatever it will now become.

I asked sports journalist Patrick Hruby for his reaction to the news. “I think Sports Illustrated was caught by two different forces,” he said. “The first is the broader shift from print to digital media and the reality that in the digital world, Google and Facebook have gobbled all the advertising money. That money isn’t coming back, so there was going to be contraction to begin with. But it’s the second force we need to pay attention to. It’s the second force that turns a contraction into destruction. That is the fact that prestigious legacy journalism has been hit within the same bullshit industry—private equity—that’s ravaged so much of the journalistic world. Their business model is not ‘let’s manage a contraction.’ Instead, it’s ‘smash and grab.’ They are vampires bleeding these organizations dry and then selling them for parts. This is of course not limited to just journalism. It’s the over-financialization of our economy. What has happened to Sports Illustrated is what has happened to this country.”

As Senator Elizabeth Warren put it, “For a long time now, Wall Street’s success hasn’t helped the broader economy—it’s come at the expense of the rest of the economy. Wall Street is looting the economy and Washington is helping them do it.” Senator Bernie Sanders as well has made this critique about the health care industry, saying, “We must ban private equity funds and Wall Street vulture funds from owning hospitals.”

In other words, it’s not just journalism. And it’s not just hospitals. It’s every aspect of life under this free-market Wall Street orthodoxy. Wall Street and private equity are destroying the institutions that we rely on—whether it’s a hospital that puts patients before profits or a sports article written with care and grace that gets an awkward kid through a rough week.

If we are going to reverse this trend, Wall Street and private equity will have to be brought to heel, and it won’t happen with a a hashtag or a tweetstorm. It is going to take a serious and protracted political fight.