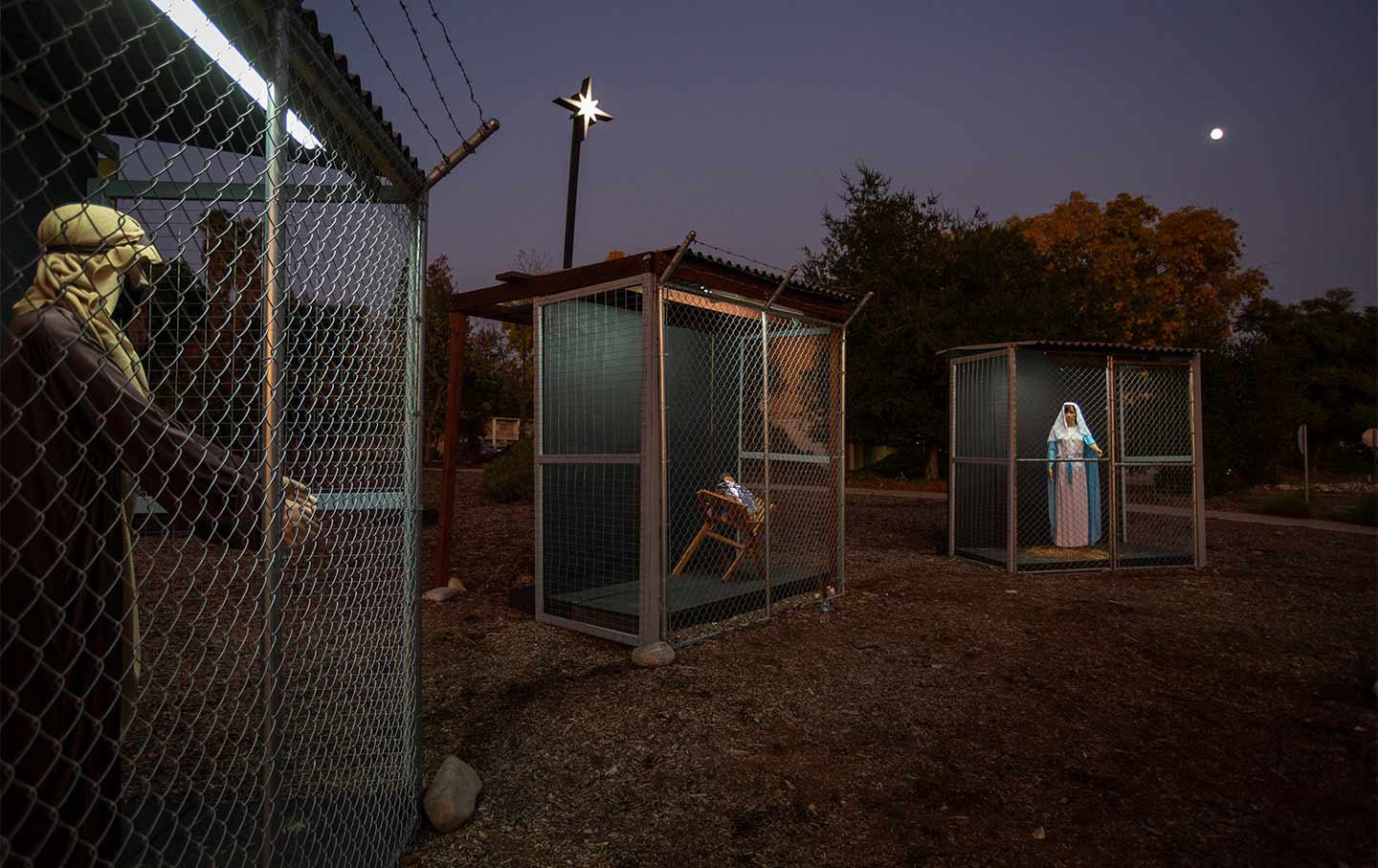 Last Wednesday, as members of the House of Representatives debated impeachment for the third time in US history, Mark Galli, the editor of Christianity Today magazine, told the Religion News Service he didn’t think he would weigh in on impeachment. “It’s very much a political story, and it’s hard to find a uniquely Christian angle,” he reflected.

But the next morning, Galli changed his mind. By his own account, he wrote the flagship evangelical magazine’s call for Trump’s impeachment in an hour. Since then, Trump and his evangelical defenders have spent days tweeting their rage that the publication founded by Billy Graham would come out against Trump at the moment when he is most vulnerable politically.

Galli struck a nerve because no one—including him—expected him to speak out.

As evangelicals who have called our sisters and brothers in the faith to take a stand against the immorality of this president, we are glad for Galli’s editorial and the renewed conversation about faith in public life. Because we know the threats of violence that come when Trump and his allies target a person or institution, we also pray for the safety of brother Galli and his colleagues at Christianity Today. As the Christmas story reminds us, the political challenge of Jesus’ way in this world is a threat to those in power. And when the Herods of this world are challenged, their backlash can be violent.

But even as we pray for Christianity Today, we must challenge their continued acceptance of the distorted moral narrative that created Trumpism. If on the eve of Trump’s impeachment they struggled to find a uniquely Christian angle on impeachment, it is worth stepping back to ask what kept them from seeing what so many fellow Christians have seen clearly since Trump rode down the escalator of his tower and announced his intention to save America from enemies he imagined flooding across our southern border.

If Jesus began his early ministry by proclaiming good news to the poor and challenged the religious leaders of his own day who neglected justice in public life, then those who are committed to the good news—the evangel—of Jesus should have been ready to challenge the Trump administration long before the House impeached. We must ask why open racism and demonization of immigrants were not a deal breaker for many white evangelicals.

The only thing more problematic than no critique is an anemic critique that focuses attention solely on an individual’s moral failings and doesn’t lead people to interrogate their own commitment to immoral policies that are hurting real people.

Sadly, political operatives have worked for 40 years to craft a “pro-family” and “pro-life” narrative that would persuade white religious voters that the Republican Party was their defender. While this strategy of religious mobilization was always about uniting white voters in a coalition that was not explicitly racist, it appealed to fears of white identity and the loss of cultural power associated with America’s growing diversity. By claiming to be about culture, not politics, this distorted moral narrative prepared the way for a Christianity that would not only tolerate Trumpism but also embrace it as a defense of faith.

When Christianity Today says that whatever the benefits of Trump’s presidency, it must stand against his immorality, it reinforces this distorted narrative. What are the benefits of Trumpism? CT’s publisher, Timothy Dalrymple, states the magazine’s continued commitments in familiar language: “We are pro-life and pro-family. We are firm supporters of religious liberties and economic opportunity…” But “pro-life” here doesn’t mean a commitment to public policy that will ensure access to health care for every American or bold action to address climate change, which threatens the life of the planet itself. “Pro-family” doesn’t imply resistance to the anti-family policies of family separation enacted by Immigration and Customs Enforcement and the ill-advised “War on Drugs.” These are, in the narrative white evangelicals know well, a commitment to stand by the battle lines that were drawn in the culture wars to align white religious voters with the Republican Party.

While we are, like many who’ve celebrated Christianity Today’s stand, troubled by the immorality of Donald Trump, we know it is dangerous to focus a moral critique on him as a person. If an extreme personality becomes the scapegoat for immoral policies and the distorted moral narrative that has long justified them, then we deceive ourselves into thinking that we can address the moral crisis by simply getting rid of the man. Yes, impeachment is necessary. But if Trump were impeached and removed, Mike Pence would step in to pursue the same agenda he has celebrated throughout this administration. Would Christianity Today have a uniquely Christian angle to challenge his policy agenda?

If Trumpism has unveiled white evangelicals’ willingness to accommodate a dangerous Christian nationalism, it also presents an opportunity to learn from those communities that have always read the Bible differently. “Woe unto those who legislate evil and rob the poor of their rights,” the prophet Isaiah says.

Prophetic Christianity insists that faith is always political and, whatever the party in power, must be a voice for the poor, the immigrant, and the vulnerable. This is the witness Jesus took on flesh to proclaim 2,000 years ago. It is the faith that has pushed this nation toward a more perfect union in the struggles for abolition, workers’ rights, women’s suffrage, and civil rights. And it is the revolution of values we need to revive the heart of democracy today.