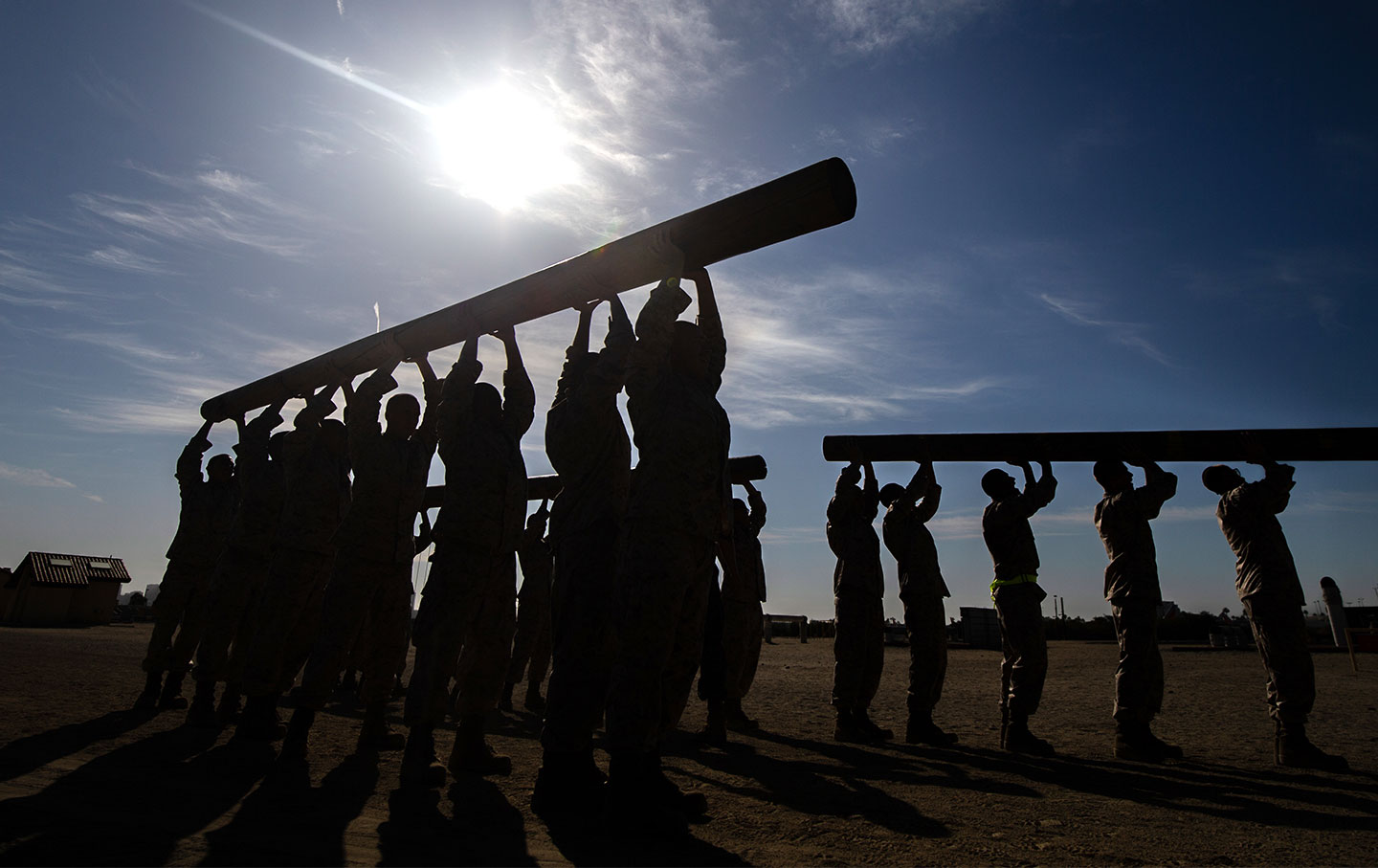 I recently attended the wedding of one of the Marines who serve under my husband and fell into conversation with a retired colonel. He was effusive in his gratitude for my family’s nearly 20 years of service, and during the course of our conversation, cocktails in hand under the dappled shade of California live oaks, he became agitated, railing about how important my husband’s continued service was in light of “all the socialists in our government.”

It was the second time in a week I’d heard some form of this complaint from retired service members, and though I don’t watch cable news, I can only imagine that it has been a recent talking point there. I knew the wedding wasn’t an appropriate venue for doing so, but I couldn’t help but gently call attention to his hypocrisy. He had spent a career reaping the rewards of social welfare benefits provided by taxpayer dollars, and the elected representatives he condemned that evening are advocates of, among other things, similar policies for a wider swath of the population.

Let me be clear: I believe that colonel earned those benefits and his pension, and so does he; he wasn’t about to renounce them simply because they’re the product of democratic socialist–style policies.

In American society, “social welfare benefits” are often conflated with the theory of and colloquially referred to as “socialism” in a way that’s designed to evoke images of the Soviet Union or famine in Mao’s China. This intentional muddying of the waters and impoverishment of our vocabulary and thus our understanding has led to fearmongering and red-baiting, leaving us unable to talk about these issues or debate them with the seriousness they deserve. This, as a result, has led many in the military community to misunderstand the reality in which we live: a curious mix of authoritarian hierarchy and a welfare state.

Since my marriage at 23 to a career Marine officer, I have never had to exist in the messiness of what we in the military community refer to as living “on the economy.” I have benefited from a tax-free housing allowance; the ability to shop for wholesome, subsidized food at the commissary; nearly free health care; and generous tuition assistance, which my husband and I were able to use to help pay for our master’s degrees. When my husband retires from the service, he will still have income in the form of a pension. This is the very definition of social welfare.

These benefits are an investment that allows service members to be free of the daily struggle to make ends meet and to limit the stressors their families face in what can be a highly stressful existence. They are the result of activism by military spouses and are provided not because our leaders are secret communists who seek to turn military members into leeches on society but in order to retain top talent and make an all-volunteer force more effective.

But America is more than its military, and it takes more than prepared armed forces to further American interests. We should be asking ourselves exactly what those interests are. Who defines them? And why? If we go back to the Constitution, our founders believed that America’s interests lie, in part, in promoting the general welfare.

To many Americans, “welfare” has become a dirty word—thanks in no small part to Reagan’s myth of the “welfare queen.” The word has been twisted and adulterated to mean “a benefit someone doesn’t work for and hence doesn’t deserve.” Its true definition, which seems to have been lost, is “a social effort designed to promote the basic physical and material well-being of people in need,” or more generally, “the health, happiness, and fortunes of a person or group.”

The social welfare/democratic socialist–style policies being championed by the likes of Bernie Sanders aren’t particularly radical even by American standards. In fact, they’re reminiscent of social welfare benefits that were supported by General Eisenhower’s administration and a more moderate Republican Party of yore. Today, it’s progressives who are advocating for all Americans to benefit from policies my military family enjoys in spades: universal health care, a living wage that keeps pace with inflation, free or heavily subsidized higher education, access to quality and affordable child care, retirement safety nets, and affordable housing.

It’s because of this investment in my community that the military now seems to be one of the last bastions of the middle class in America. Military members don’t go broke if they have a medical emergency. They can save for their retirements, purchase homes, and send their kids to college with a little financial planning (help with which is offered for free). In contrast, teaching (which requires a master’s degree) used to be a solid, middle-class profession. But now, just to make ends meet, many teachers work more than one job and, depending on the cost of living where they’re employed, some teeter on the verge of homelessness. None of this has happened by accident. Our elected representatives have chosen where to invest our tax dollars, and indeed whom to tax and how much. The boards of corporations have chosen, too, whether or not to invest in their employees and the communities in which they’re based. 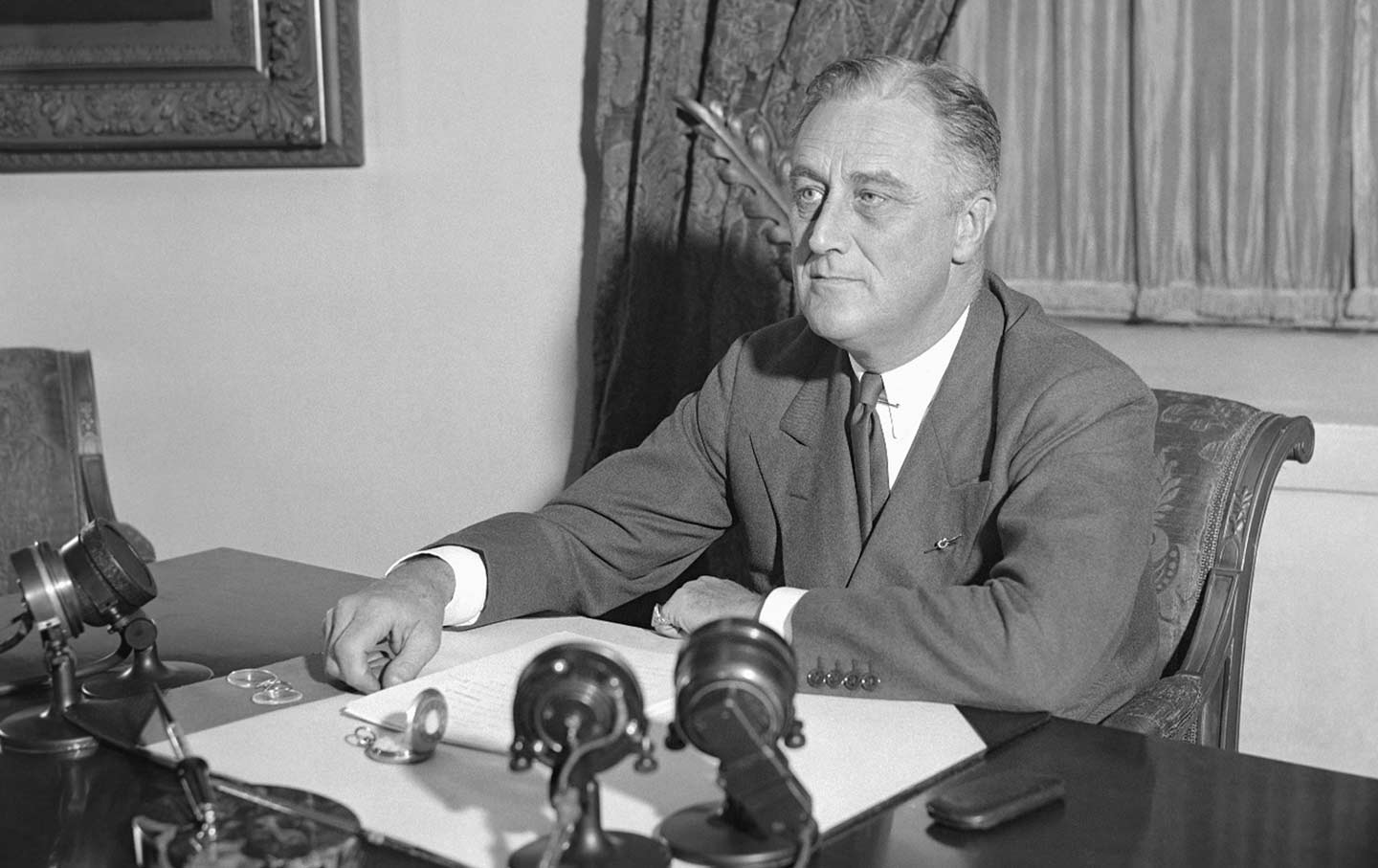 How Democrats Should Respond to the GOP’s Red-Baiting

Where are we left if we no longer have the language to speak authentically about the reality in which some of us live, and some of us can’t? Terms like “socialist” and “welfare” are off the table when speaking to a large portion of the US population. This makes it nearly impossible to have the honest and necessary debate we need about whom we invest in as a country. Should we just invest in our military members and other government employees? Or is it also in our national interest to invest in teachers? What about nurses, child care providers, public health employees, journalists, scientists, farm laborers, the builders of infrastructure, and all of the other workers who make this country thrive? To borrow language from the Marine Corps, what is our duty, responsibility, and obligation to one another? And what is our government’s duty, responsibility, and obligation to our welfare?

It’s logically possible, although I imagine not popular, to argue that the military should hold a privileged place in society and thus be among the few beneficiaries of social welfare programs. It’s impossible, however, to deny that those military benefits are socialist-style policies, and it’s hypocritical for service members to be aghast over the promotion of benefits that mirror our own for the broader American population.

It is also willfully ignorant to fall prey to fearmongering and red-baiting when our social welfare benefits enable us to live solid, middle-class lives in a time when America’s middle class has all but disappeared. If we’re going to be a nation that is more than its military, we need to rediscover our duties, responsibilities, and obligations to one another.