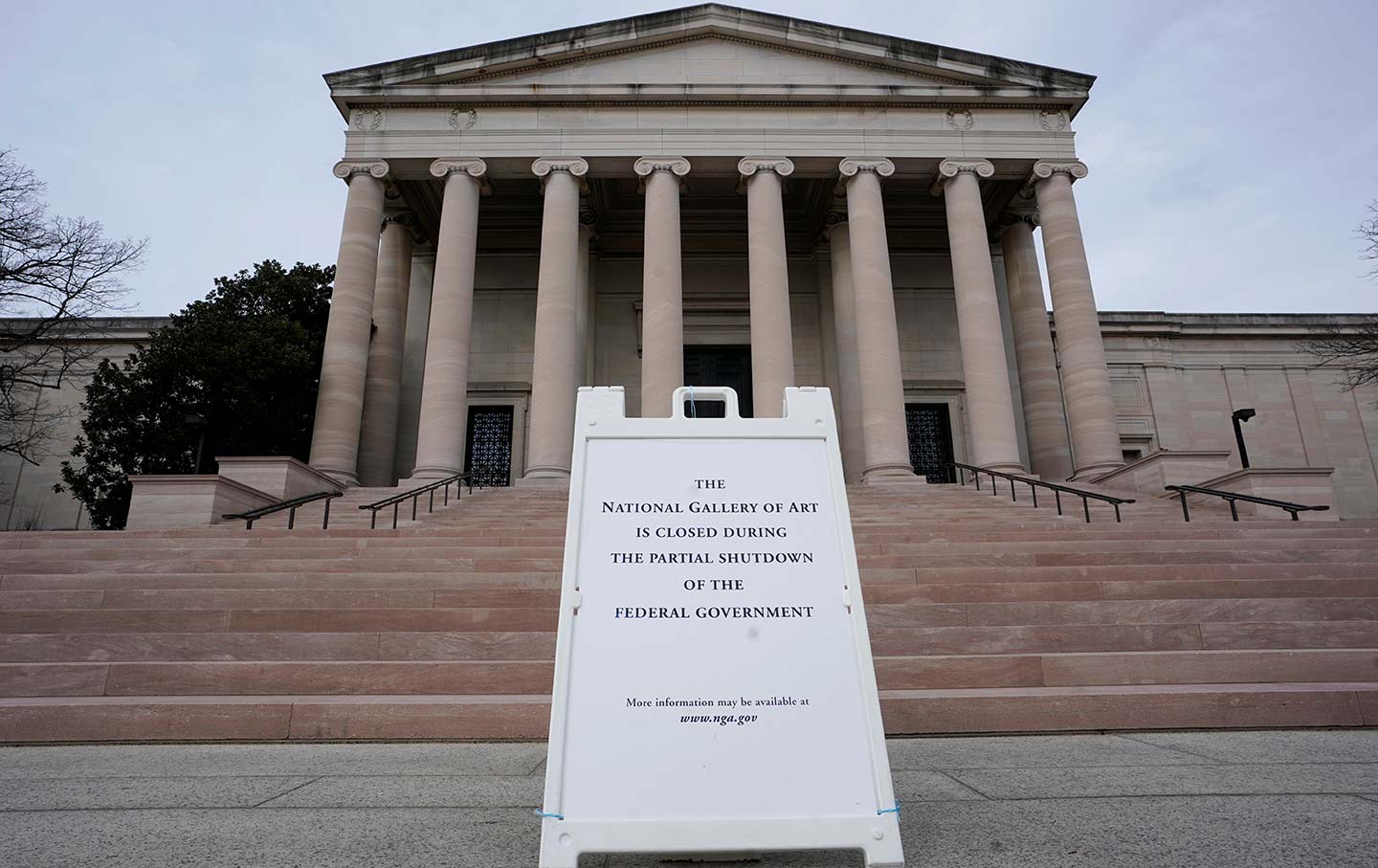 A closing sign is seen outside the National Gallery of Art in Washington, before it was reopened after the partial government shutdown on January 27, 2019. (Reuters / Yuri Gripas)

Having just endured the longest shutdown of the federal government in history, we are now threatened with another when the current stopgap spending measure expires at midnight on February 15. President Donald J. Trump says that the chances Congress will give him a funding bill that he is prepared to sign are “less than 50/50.”

Federal workers have not yet even recovered from the effects of the last shutdown. Unpaid bills continue to hang over their heads as they have yet to receive their back pay. Work backlogs have piled up, from the irreparable damage inflicted at the Joshua Tree National Park to the unrepaired equipment that keeps the national airspace safe. What’s more, federal contractors, many of them low-wage food service or janitorial workers, suffered income losses that won’t be recovered. 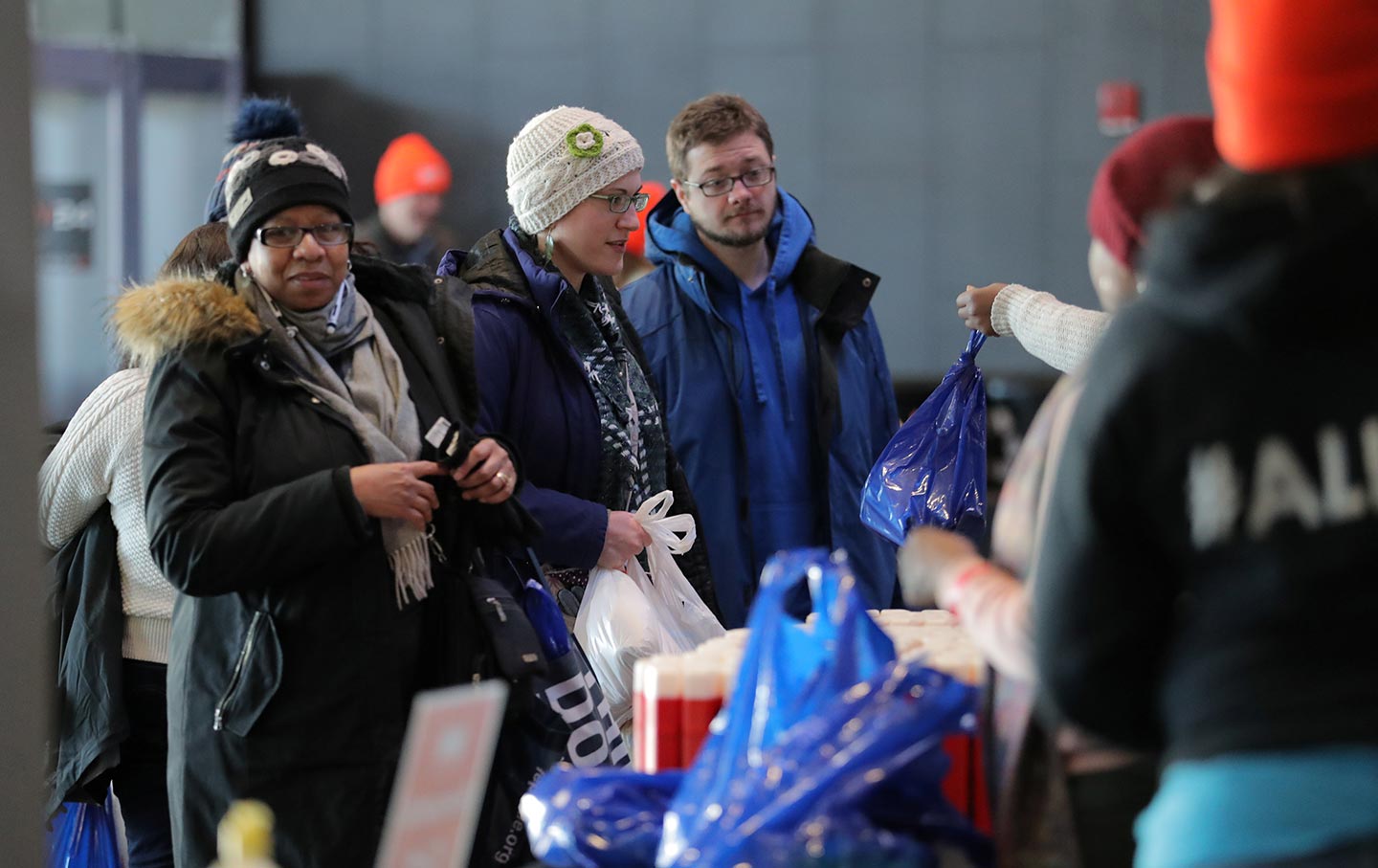 Another shutdown would be catastrophic for the federal service, 800,000 of whose members were held hostage during the Trump shutdown. Morale is at a low ebb among federal workers, and the ability to recruit qualified workers to the federal service has been impaired by the realization that periodically working for long stretches without pay is becoming a feature of that service. Another shutdown would also be devastating for the economy, which suffered an $11 billion loss in GDP as a result of the shutdown just ended.

It is time for us to say clearly: Never Again! We cannot stand idly by while the lives and well-being of federal workers, the health of the nation’s government, and its ability to provide necessary services are again turned into a bargaining chip in a negotiation. That is unacceptable!

The last shutdown revealed that federal workers and their allies have collective power. Actions by air traffic controllers and TSA screeners calling in sick, by IRS agents seeking well-deserved hardship exemptions from their orders to return to work without pay, by flight attendants who made clear that they could no longer work if the air controllers couldn’t do their jobs properly finally brought the shutdown to a sudden end on January 25. Those actions had the force of public support behind them, for Americans well understood that workers were standing up not only for themselves but also for the common good when they said, in effect, “enough is enough.”

We call for federal workers and their allies to make clear that we won’t do this again. If there is another effort to shut down the government at midnight on February 15, we need to make Day 1 a day of action.

We propose to make February 16 National Stayaway Day. We urge federal workers to consider staying away from work that day; we urge all of their allies to stay away from flying or other activities relying on federal service and to mobilize in protests at airports and other sites to urge others to also stay away.

The concept of a “stayaway” owes much to the South African anti-apartheid movement in the 1980s. Anti-apartheid activists organized a series of mass defections from work to press for an end to their repression. In the South African context, stayaways were not equivalent to strikes. They were not used to advance collective bargaining objectives. Instead, they were used to highlight human rights abuses and to demand justice. Working without pay, or without knowing when one will be paid is such an abuse; demanding an end to this practice is nothing more than a cry for justice.

We understand that federal workers’ unions cannot organize or even condone anything that resembles a work stoppage. They have a responsibility to preserve their integrity as institutions against enemies who would like nothing more than to destroy them if the opportunity arose. But under the right circumstances, history suggests that workers can act effectively without the direction of union leaders. More than 100,000 postal workers did this in 1970, when they withheld their labor until the Nixon administration recognized their legitimate demands. Postal workers ended up winning firmer collective bargaining rights as a result of that action. We believe that if federal workers stayed away from work on Day 1 of a renewed shutdown the public would support them. No one wants to relive the 35 days of suffering and dysfunction that we have just endured.

But federal workers acting alone do not have the power to defend themselves. Their allies must stand with them. We urge every reader of this appeal who believes that it was wrong to inflict suffering on federal workers and contractors to commit to standing with them on Day 1 of a renewed shutdown. Let us flood airports, as activists did to resist the Trump Muslim ban. Let us picket federal facilities around the country. Let us commit civil disobedience and occupy the offices of legislators. Let us make perfectly clear that we will not tolerate a replay of what we have just gone through. Let us stand up for the common good. Let us defend workers against political leaders who would use them as playthings. Justice and fair play demand it!