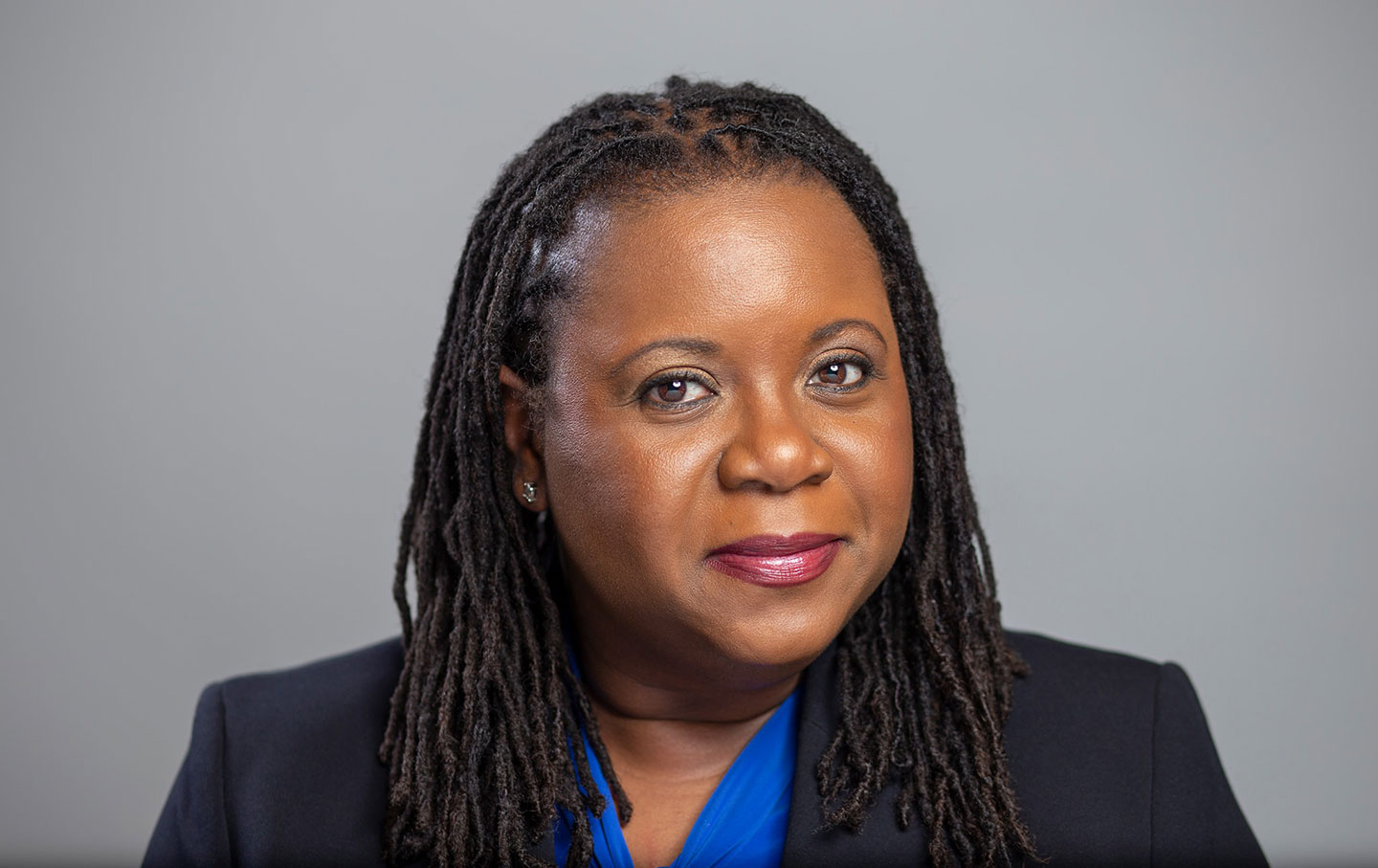 More people live in the confines of Monroe County in western New York than in either Boston or Washington, DC. Home to the city of Rochester, which has experienced a general industrial decline—most notably after the collapse of the camera company Kodak—Monroe is currently being led by a Republican county executive.

In November, though, it will be an unlikely battleground in the ongoing movement to reform America’s criminal justice system: Republican Monroe County District Attorney Sandra Doorley will face Shani Curry Mitchell, a Democrat who would be the second African American woman ever elected to a district attorney’s office in New York State.

Mitchell, a career prosecutor and former defense lawyer who got her start working under Georgia’s first African American district attorney, Paul Howard, is a Rochester native running with the support of the Working Families Party and Shaun King’s Real Justice PAC. She was also, until very recently, a prosecutor working under Doorley. Her experience with the criminal justice system is particularly personal: In 2002, while working as a prosecutor in Atlanta, her sister was murdered. Flying back and forth between New York and Georgia, Mitchell sat through the whole trial.

Fed up with Doorley’s tough-on-crime tactics—the Republican is a critic of discovery reform, ending cash bail, and legalizing marijuana—Mitchell quit her job last year. Campaigning on a platform of ending the “over-prosecution” of the poor and people of color, she says she will stop prosecuting marijuana cases and seeking cash bail. If she defeats her old boss in the fall, she will join a wave of new progressive prosecutors, including Philadelphia’s Larry Krasner, Boston’s Rachael Rollins, and St. Louis’s Wesley Bell, seeking to upend a half century of retrograde criminal justice policy.

Ross Barkan: Why did you decide to run against your old boss?

Shani Curry Mitchell: I would sit in the office and think about running the office. There were a number of policies that disturbed me, that I was forced to follow, that I didn’t feel comfortable with. It was the policy of overcharging individuals—and so I would battle and fight my supervisor until I had enough, and I quit in November of this past year. We would overcharge individuals to try to force them to plea. Once we indicted them with these excessive charges, then we couldn’t reduce the indictment once we’re there—we couldn’t reduce the charge. They had to plea to the top count. It made no sense.

[Doorley] is a two-time incumbent and the deck is kind of stacked, you know? You kind of doubt yourself as to whether you can [run for office]. I questioned myself and said, “You know, I’ll run for judge,” but it was never in my heart because the policies I want to implement, I can’t do as a judge. The real change happens with the district attorney because you set the policies in the office.

RB:Do you view yourself as another Larry Krasner, Rachael Rollins, or Tiffany Cabán? How do you see yourself fitting into this left, progressive prosecuting moment right now?

SCM: I see myself as part of the progressive wave and I sometimes laugh about it, because… that’s what we as district attorneys should have been embracing all along, that this idea that this justice system should work for everyone and we should be finding ways to better address those who find themselves in the system. When I decided to run, I was introduced to the progressive side and read Krasner’s progressive statements and I’m like, this is stuff that should be our goal.

RB:What are the biggest changes you want to see in the criminal justice system right now?

What I mean by that, we would have an office that the prosecution would have in a community where people would come in to address various needs. It could be criminal justice as well as other needs, and we would assist people in the community. Now, what Rochester does have is neighborhood service centers that the police department runs and they assist with various issues that community members come in to address. What I envision is that a prosecutor would also be a part of that neighborhood service center to address the various criminal justice needs alongside the police.

What we also used to do in Atlanta is that assistant district attorneys would attend monthly meetings with neighborhood associations. Our neighborhood associations were labeled A through Z in the city. So I was assigned to neighborhood Z and you would go every month, along with the police department, the fire department. They would say, “What happened to Tommy Brown’s case?” I would go and report back and I would say, “Tommy Brown was given this,” or, “The case was dismissed,” and they wanted to know what happened. Or I would say, “The case is still pending,” and go to that assistant district attorney who’s handling the case and say, “The community is really concerned about Tommy, this is his third case and they want to find some other way to address it.” That’s something New York State really hasn’t done.

RB:Why did you decide to become a prosecutor?

SCM: In 1989, I joined Law Explorers through the Boy Scouts. Eighty-nine was the first time Explorers had a city team, meaning a team comprised of all the city schools’ students. What we would do is, we would have mock trial competitions and go compete against suburban teams. We won. We made all the papers and we had a private donor that paid to take us to the national competition, in Honolulu, Hawaii. Sixteen-years-old in Honolulu, Hawaii was very exciting. That kind of fueled it, the idea of being a lawyer. I was bit.

[Paul] Howard was the first African-American district attorney [in Georgia] and he was elected in ’96. There were a lot of backlog cases and he was hiring a bunch of young lawyers to come in to kind of clean up what was left over from the previous administration, who had been there for like 30 years. I wanted to be part of something new and exciting.

In 2002, my sister was murdered in Rochester by her live-in boyfriend in front of her two children. My nephew had just turned 16 on January 28th, this was February 1st. His brother was 14. That kind of changes your perspective and the dynamics of our criminal justice system. I had to come back home and take care of the family… I sat through the whole trial, I watched it, he was convicted and I had to give a victim impact statement, which was very different from that side, wanting vindication for my family. In between I had to try my own cases because at the time I was trying a case in Atlanta. He was sentenced to 25 to life, second-degree murder.

RB:Do you agree with the argument that prosecutors have fed the mass incarceration boom?

SCM: I believe we have. You would have to agree that the traditional prosecution model has been to seek maximum sentences.

As a prosecutor in the district attorney’s office, being under the [New York] legislative structure, I’ve had to prosecute juveniles as adults. In Georgia, I was stuck—there wasn’t this type of structure where you could send it back to juvenile court, so if you were stuck with a juvenile who committed what they called one of the seven deadly sins, you’re stuck. What do you do? When you had a juvenile who robbed another child on the playground at gunpoint at the end of the day, what do you do? You’re stuck in between two worlds. And then me being, at the time, a single mother of a black boy, you find yourself even in a tougher situation. You see your kid as, this could have been mine—as the victim or the defendant.

The mindset we had, when I started prosecuting in ’98 or ’99, it was archaic. We weren’t progressive.