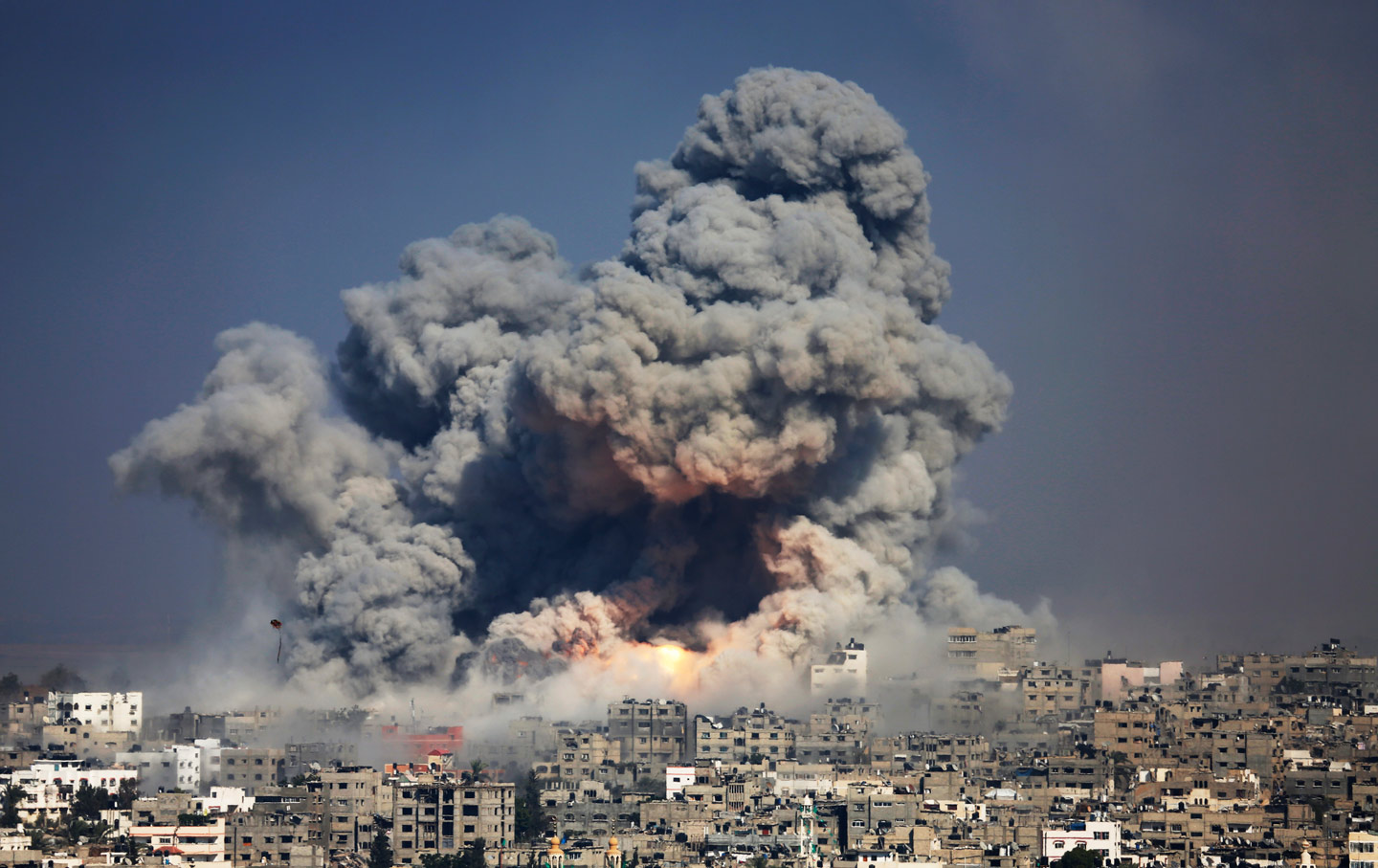 During last night’s heated Democratic debate in Brooklyn, Senator Bernie Sanders came out firing on Israel. A candidate who initially sought, seemingly at all costs, to avoid foreign policy altogether finally spoke out on the most politically charged issue of global affairs in Washington—the Israeli-Palestinian conflict—and he took it by the horns.

That’s why it was so disappointing that, only a few hours earlier, the Sanders campaign suspended one of its young staffers, Simone Zimmerman, who served only briefly as its Jewish outreach coordinator. (Disclosure: I edited Zimmerman at a blog where I worked in 2013, and we have remained friends.) Zimmerman’s sin was to call the right-wing Israeli Prime Minister Benjamin Netanyahu an “asshole,” adding “Fuck you, Bibi,” using his nickname, for good measure, in a Facebook post last winter, when she was all of 24 years old.

At the time, Netanyahu was coming to Washington to marshal support against the Iran nuclear deal, claiming to speak on the behalf of all “Jewish People” everywhere, not just Israelis. Zimmerman, who has been deeply involved for years in Jewish and liberal pro-Israel activism—often critical, though it may be—took umbrage at the notion, resulting in her expletive-laden post on social media. Within half a day, Zimmerman edited the Facebook post to remove the curses—mentioning in a comment that she did so to “reflect the seriousness with which I take this issue”—but not soon enough. Someone had screen-captured the original text, and lay in waiting for more than a year to leak it to the McCarthyite smear artists at the right-wing Washington Free Beacon (one only needs to scan the post, where liberal Zionist groups are derided as anti-Israel, to see what ideologues this lot are).

It was typical of this kind of Israel lobby campaign. Before long, the Sanders campaign succumbed to the pressure.

Then the pressure came. First, Abe Foxman, the former head of the Anti-Defamation League, called for Zimmerman’s firing. Then Ron Lauder, a billionaire Republican donor and longtime Netanyahu ally, chimed in along the same lines. It was typical of this kind of Israel lobby campaign: The far right launches a smear, and more mainstream figures latch on to it. Before long, the Sanders campaign succumbed to the pressure and suspended Zimmerman.

In the Brooklyn debate, however, Sanders sounded not unlike his erstwhile staffer. He doubled down on his condemnation of Israel’s 2014 war on Gaza as a “disproportionate” response to sporadic terrorist attacks, leaving too many innocents dead. He expressed dismay that the Palestinian economy, especially in Gaza, was so dismally in the gutter. Like Zimmerman, Sanders supports the two-state solution, but clearly finds the indignities of the half-century-long occupation too much to bear silently. And then Sanders took this most impolitic of shots, by elite Washington standards: “There comes a time when if we pursue justice and peace, we are going to have to say that Netanyahu is not right all of the time.” In more crass terms, fuck that asshole.

Sanders’s statement reflects an obvious truth, but one that politicians aren’t supposed to utter. All indications are that, when it comes to justice and peace, Netanyahu is right (correct) very little of the time. That much is readily evident in the flare-ups of violence in Gaza. It is evident in his lackluster attempts at peace-making, and his constantly unfolding counterproductive policies. It is evident in the right-wing prime minister’s racist electioneering and disavowal of the two-state solution. And it was perhaps most evident to the United States in Netanyahu’s approach to the Iran deal, in his posture of belligerence and bald-faced interference in our national debate.

Clinton made mending fences with Netanyahu a centerpiece of her Israel policy.

Even as mainstream liberals supported the Iran deal, however, they were not supposed to go there when it came to Netanyahu. Just ask Hillary Clinton: She has made mending fences with Netanyahu a centerpiece of her Israel policy. Rehabilitating Netanyahu’s bruised image among American liberals became the business of a think tank dedicated to electing Clinton. In Brooklyn on Thursday night, Isaac Chotiner wrote at Slate, Clinton’s talking points “sounded like a back issue of Commentary.”

And why not? Clinton’s top donor, Haim Saban, shares some of Netanyahu’s more noxious views. His top priority—his only priority, according to a 2010 New Yorker profile—is Israel, and it shows: Saban displays a willingness, all too common among the Democratic Party’s unreconstructed pro-Israel hawks, to bend over backwards in an attempt to play nice with the right wing of the pro-Israel community. Saban—and by extension Clinton, who rarely speaks about Israel in a way that would contrast starkly with her billionaire backer—cannot be described by the cliché “Israel, right or wrong”; he, too, is at home with the mantra of the Commentary crowd, one that declares, “Israel, always right!”

This is not Bernie Sanders’s milieu. He does not court the Israel lobby’s billionaire mega-donors. He can speak his conscience. And that’s what makes his caving in on Simone Zimmerman so jarring—especially amid the stark contrast of his fine debate performance. In the Brooklyn Navy Yard, Bernie Sanders sounded like a leader on this issue: He may not have a majority, or even a majority of Democrats, behind him, but he spoke truths about the Israeli-Palestinian conflict that needed to be spoken. This kind of honesty on the topic—that Palestinians have rights, that Israel is responsible for violating them—is almost nonexistent on the national political stage, whether among Republicans or Democrats.

Bernie Sanders does not court the Israel lobby's billionaire mega-donors. He can speak his conscience.

Showing this sort of leadership may be “bad politics,” but the great struggles in the name of liberal values are rarely easy in light of electoral politics. Clinton will likely end up winning New York’s Jewish vote and the primary, and then the Democratic nomination. Yet, on the Israeli-Palestinian conflict, she shows no glimmer of leadership when it comes to, as Sanders put it, the pursuit of peace and justice. But Simone Zimmerman has, and for that she has been cast into the wilderness.