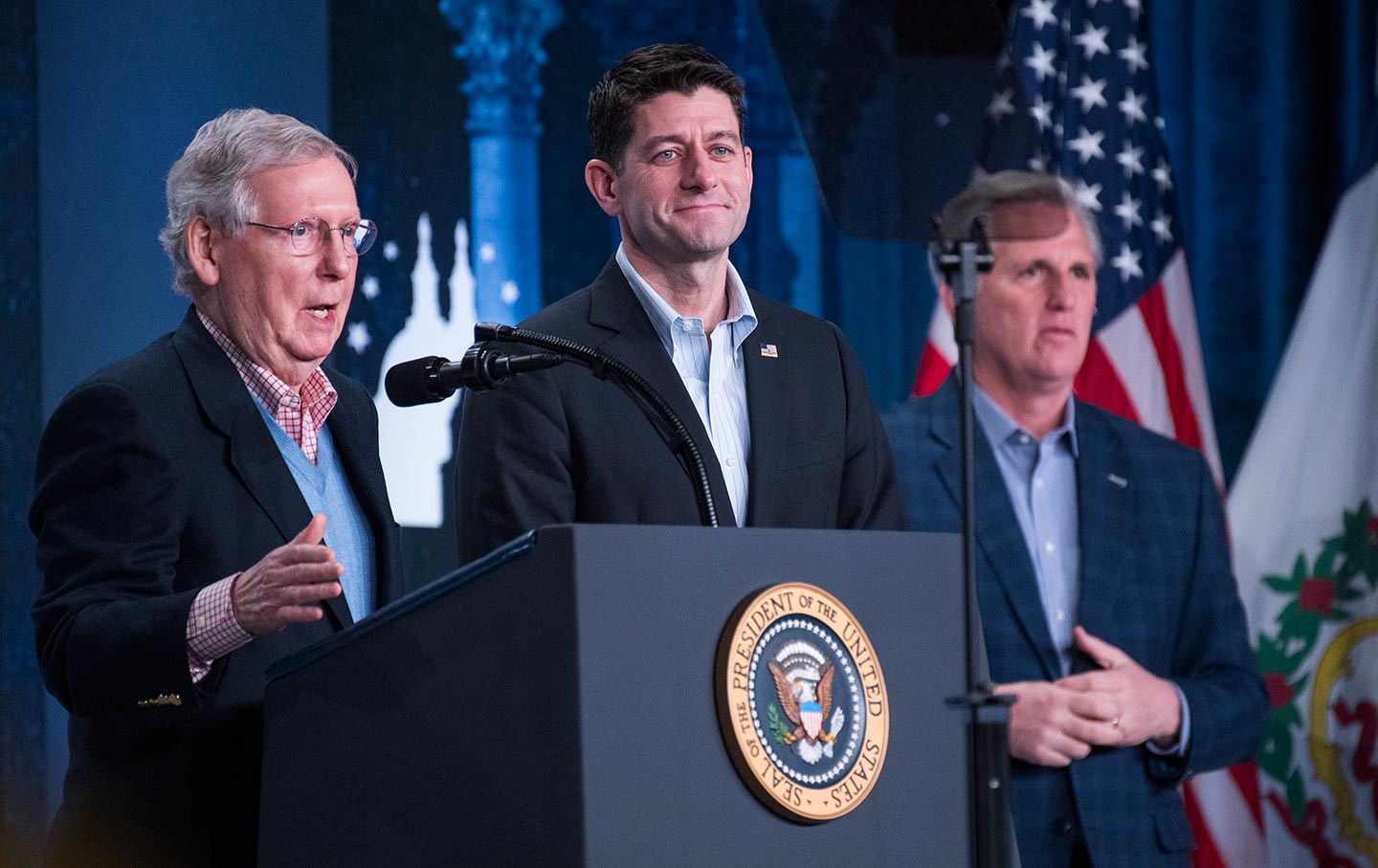 What did everyone think was going to happen?

There’s nothing we learned from Donald Trump’s meeting in Helsinki on Monday with Vladimir Putin that we didn’t already know. Seeing the president of the United States praise a foreign adversary to his face while insulting his own intelligence services carries some remaining power to shock, but nothing about Trump’s past statements, including his tweets in the days leading up to the summit, suggested anything very different was in store. We certainly should have been prepared for the likelihood that Trump would flatter Putin, denounce the media, and generally humiliate the United States for no discernible reason.

On the one hand, it’s healthy that the public is capable of expressing outrage. It’s reassuring that Trump’s appalling behavior and flagrant corruption haven’t been completely normalized. And yet there’s something empty about this reaction every time it occurs. The fact that Trump is unfit for office isn’t news.

Here’s what is news: Last Friday, just days before the Trump-Putin summit, Robert Mueller indicted 12 Russian intelligence officers, charging them with hacking, identity theft, and conspiracy to launder money. Allegedly, these officers were behind the hacking of the Democratic National Committee, the Democratic Congressional Campaign Committee, and the e-mails of Clinton campaign officials in 2016 and released stolen e-mails via Guccifer 2.0, the entity that furnished them to WikiLeaks in order to spread chaos and distrust among Democrats.

As Putin made clear in the joint press conference on Monday, Russia has no intention of extraditing any of these officers to stand trial in the United States, but that’s not the point of the indictments. More likely, Mueller intended to send a message to several figures not named but whose identities are strongly implied. One individual, described as “a person who was in regular contact with senior members of the presidential campaign of Donald J. Trump,” is almost certainly longtime GOP operative and dirty trickster Roger Stone. The indictment describes this individual’s discussions with Russian agents regarding the release of stolen documents, citing language that precisely matches Stone’s previously reported August 2016 discussions with Guccifer. It’s easy to see how Stone himself could be charged with conspiring with foreign hackers, and how the mere threat of such charges could pressure him to flip on Trump. 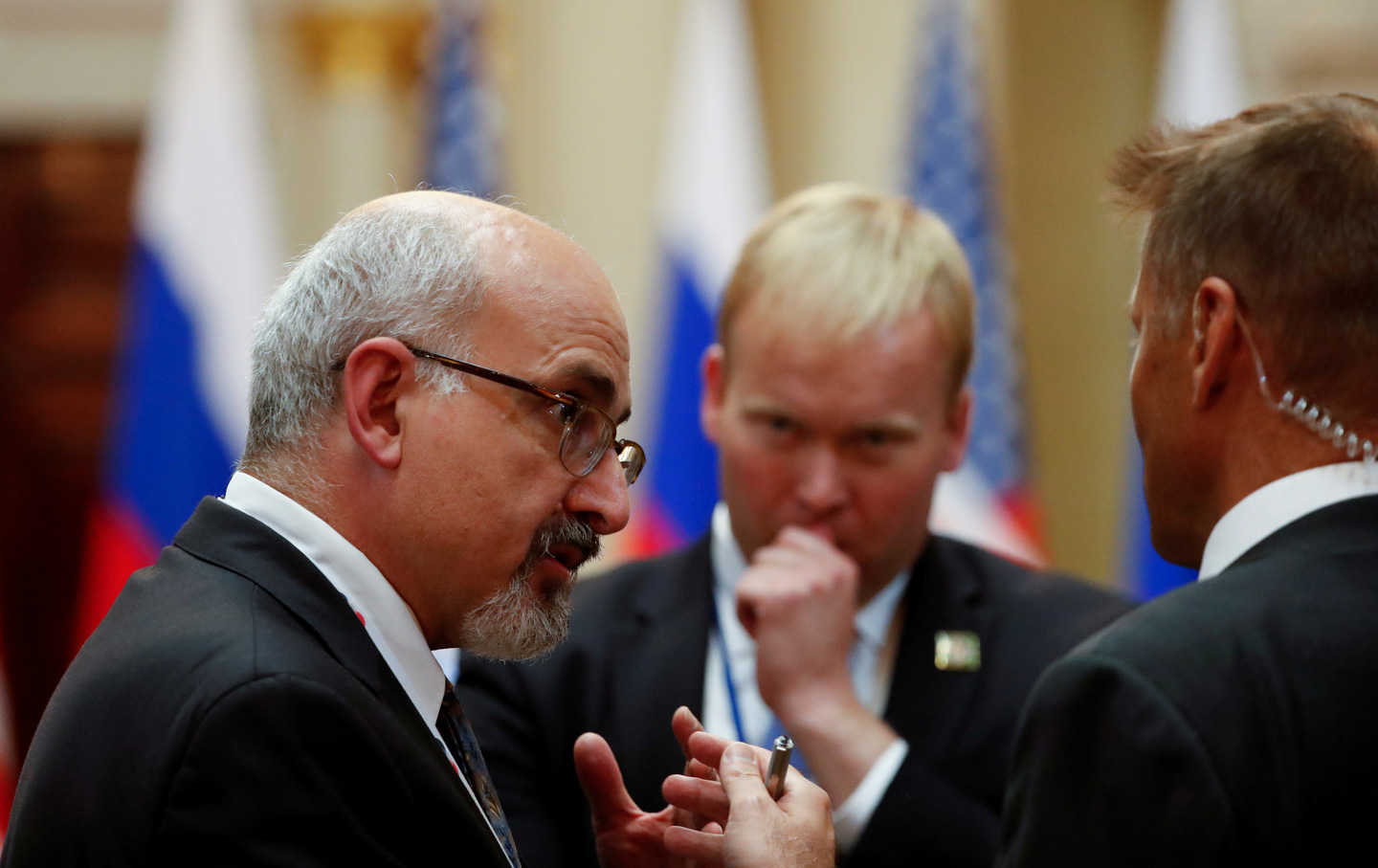 I Came as a Journalist to Ask Important Questions

But even more intriguing is the allegation that on August 15, 2016, the indicted officers “received a request for stolen documents from a candidate for the U.S. Congress” and that they “sent the candidate stolen documents related to the candidate’s opponent.” Without anything beyond that description to work with, it’s best not to speculate as to who this candidate might be, but it’s safe to assume they know who they are. This is a shocking allegation, and it hints at larger implications of Russiagate that the public is nowhere close to coming to terms with.

It’s rarely recalled now, but back in May 2017, The Washington Post published the transcript of a conversation from June 2016 among the House Republican leadership, in which House majority leader Kevin McCarthy made clear that he was aware “the Russians hacked the DNC and got the opp research that they had on Trump” and speculated “there’s two people, I think, that Putin pays: [Representative Dana] Rohrabacher and Trump.” Amid laughter, House Speaker Paul Ryan insisted that the conversation remain off the record, adding, “What’s said in the family stays in the family.” Ryan would later claim he and McCarthy were joking.

The point here isn’t necessarily that Rohrabacher, a Republican congressman from California, solicited illegally obtained documents from Russian officials. There are other plausible candidates who might have done that. The point is that Russiagate, which is widely understood to be a scandal surrounding Donald Trump’s close associates like Paul Manafort, may go wider and deeper, and could implicate at least one member of Congress.

Moreover, it seems that the Republican leadership was at the very least aware of this possibility, amused by it, and did nothing whatsoever to alert the public or any relevant authorities. They were happy to enjoy the benefits of Russian interference and said so openly among themselves. Similarly, as the Post reported, when Senate majority leader Mitch McConnell was informed of Russian interference in September 2016 in a meeting with President Obama and other senior officials, he threatened to cast any public announcement of the threat as partisan politics. It’s not a stretch to say McConnell deliberately undermined national security for partisan advantage, a decision that has paid off with the signing of a massive tax cut for the wealthy and the looming establishment of a durable right-wing majority on the Supreme Court.

In other words, Russiagate isn’t just the narrow story of a few corrupt officials. It isn’t even the story of a corrupt president. It’s the story of a corrupt political party, the one currently holding all the levers of power in Washington. After Trump groveled before Putin in Helsinki, many Republicans in Washington proclaimed their solemn concern, just as they did when the president expressed his sympathy for the white supremacists in Charlottesville last year. But all of them are fully aware that they are abetting a criminal conspiracy, and probably more than one.

Shortly after the Trump-Putin press conference, federal prosecutors announced the indictment of Maria Butina, a Russian national in Washington, DC, who, unlike the 25 Russians the special counsel has so far indicted, was arrested over the weekend. Butina, who in 2016 attempted to arrange a meeting between Trump and Putin, is accused of operating as a foreign agent to gain influence in Republican political circles and advance the interests of the Russian Federation. Working on behalf of Alexander Torshin, the deputy governor of the Russian Central Bank, she appears to have brokered ties with the National Rifle Association and conservative religious organizations, which she herself accurately identified as the financial backbones of the Republican Party in Congress.

Butina is a colorful example of an increasingly common phenomenon in Washington: foreign nationals, not only from Russia but from dozens of other countries, who blur the line between lobbying and spying until it’s imperceptible. This is what the evisceration of campaign-finance laws has yielded: a capital where American corporations and foreign governments see every official as being for sale.

Mueller, who knows more than anyone in the media about the extent of the Russiagate scandal and never leaks, isn’t telling us that Trump colluded and obstructed justice—we already know that, because we literally saw Trump request on camera, in the summer of 2016, that Russia hack the Clinton campaign, just as we later saw him bluntly admit to the world that he fired James Comey to end the Russia investigation.

Instead, we are being told something much more frightening: that Russiagate doesn’t end with Trump and his inner circle, that some members of Congress may be implicated, and that the Republican leadership therefore has a personal stake in preventing anyone beyond Manafort and a few other flunkies from being held accountable. Mueller and the FBI are giving everyone a glimpse at the scale of official corruption in Washington, and they’re warning us that they aren’t going to be able to rein it in all by themselves.