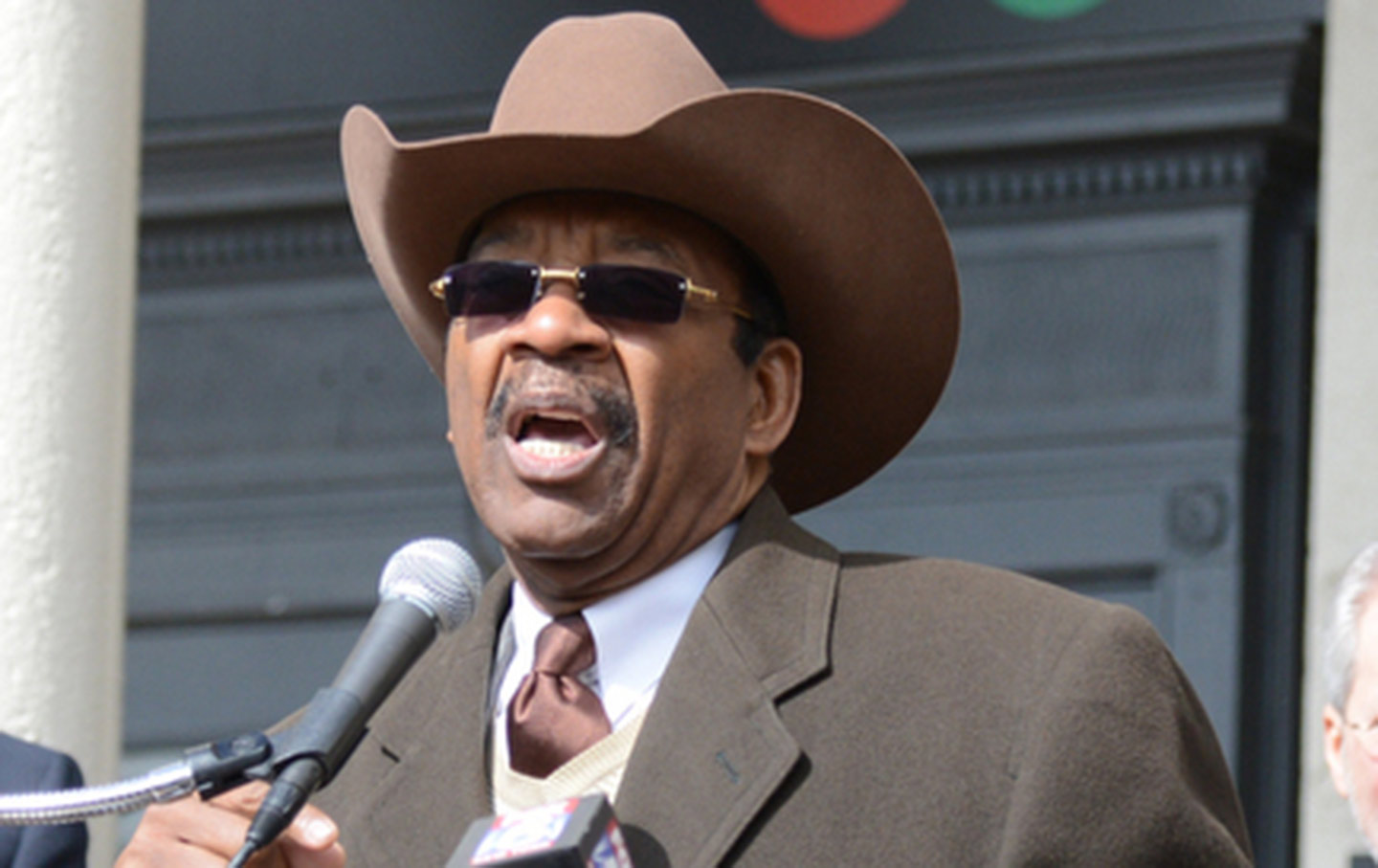 The New York City congressional delegation is having a moment. Its newest member, Alexandria Ocasio-Cortez, became a movement leader before her 30th birthday. Hakeem Jeffries, a high-ranking Brooklyn Democrat, could someday replace Nancy Pelosi if he whips the votes together. Jerry Nadler and Eliot Engel, of Manhattan and the Bronx, chair two of the House’s most powerful committees, judiciary and foreign affairs.

City councilman Rubén Díaz Sr.—a cowboy hat–wearing Pentecostal reverend and the father of the current Bronx borough president with the same name—wants to join their ranks, and with a Democratic primary coming up next year, he has his shot. New York’s 15th congressional district, which covers much of the South Bronx, including Yankee Stadium, will soon be up for grabs: José Serrano, the longtime incumbent, announced his retirement earlier this year, citing his struggle with Parkinson’s disease.

For New York City’s political class, this is a once-in-a-generation opportunity: a vacant House district, with no natural successor and no true power broker to dissuade insurgents. And the June 2020 Democratic primary will effectively determine the next representative.

Díaz is hardly the image of a progressive NYC lawmaker. He claimed as recently as February that the “homosexual community” controls the New York City Council. He once battled against the city’s hosting the Gay Games, an LGBTQ sports competition, saying the participating athletes “are likely to be already infected with AIDS or can return home with the virus” and that the event would teach children “that homosexuality is O.K., that it is not immoral or sinful behavior.” In 2016, as Democrats flocked to Hillary Clinton or Bernie Sanders, Díaz was escorting Ted Cruz around the Bronx. It’s a good guess (he never said this, but it’s an assumption based on his politics; he’s been supportive of Trump) that he’d rather vote for Donald Trump than impeach him.

Díaz has plenty of competition: He’s one of about a dozen candidates who have filed to run. His chances of victory, however, are very real.

The majority Latino district also happens to border Ocasio-Cortez’s in the Bronx, and Díaz currently represents her Parkchester neighborhood in the City Council. The irony is lost on no one: Díaz, a 76-year-old preacher with hard-right social views, could end up serving next to a young progressive icon, especially if votes in the primary end up being split a dozen different ways.

“There’s a real risk the most Democratic district in America could be represented by a Trump Republican masquerading as a Democrat,” said councilman Ritchie Torres, regarded as a front-runner in the primary after raising more than a half-million dollars in just a few months. “He has an irreducible base of evangelicals. If the race were held today, he would win on the strength of name recognition.”

Though poverty remains stubbornly high, the South Bronx has come a long way from its 1970s nadir, when President Jimmy Carter toured the hollowed-out, arson-plagued neighborhood. Crime has fallen, and new development is fueling what was once unthinkable: gentrification. Rents are steadily creeping up. The district’s working class and poor fear displacement.

While the overwhelmingly Democratic district would never back a Republican—Hillary Clinton won a stunning 94 percent of the vote—socially conservative Democrats can succeed. The current chair of the Bronx Democratic Party, a Díaz protégé, voted against same-sex marriage the year it became law in New York and has opposed legislation to strengthen women’s reproductive health laws.

Díaz declined repeated requests for an interview to discuss his candidacy. “I’m in a meeting,” he said when reached on his personal cell phone, before hanging up. The strength of his candidacy boils down to a divided field and his singular visibility in the area, including his brand name and a sound truck trawling the streets at election time. Before his election to the City Council in 2017—he won a plurality of votes against several young progressive challengers, if that sounds familiar—Díaz sat in the state Senate for more than a decade, a thorn in the side of Albany Democrats.

In 2006, thanks to a cozy relationship with a local developer and the Republican governor at the time, George Pataki, an affordable housing development was named the Rev. Ruben Diaz Garden Apartments. The lettering on the light-brown exterior, beneath a clanging elevated train, remains to this day.

It’s unclear if Díaz will have the organizational savvy or the cash (he’s raised just $82,000 so far) to mount a modern-day congressional campaign, but with so many candidates, the fear is he simply won’t have to: The small clutch of people who know him and like him could put him over the edge.

Torres, who became the Bronx’s first openly gay lawmaker only five years ago, will have fierce competition as the standard-bearer against Díaz’s fire-breathing conservatism. His old boss, former council speaker Melissa Mark-Viverito, is also running, as is Bronx Assemblyman Michael Blake, who once worked for Barack Obama and touts his federal experience wherever he goes.

Many of the candidates talk about the plight of Puerto Rico—the district is a traditional Puerto Rican stronghold, with Díaz, Mark-Viverito, and Torres hailing from there—and abolishing the punitive Jones Act. They are concerned with protecting immigrants, winning more federal funding for crumbling public-housing developments in the district, and standing up to Donald Trump.

“We are living in extremely desperate times where our democracy is at stake,” Mark-Viverito said. “You have a community in the bull’s-eye of this administration, suffering the consequences of the racism it exudes.”

Fault lines emerge on hot-button progressive issues like Medicare for All. Torres backs a public option, but won’t support abolishing private health insurance. Mark-Viverito does. And so do other younger first-time candidates in the race, like Jonathan Ortiz, a financial counselor at a housing nonprofit, and Samelys Lopez, a local organizer who worked on Ocasio-Cortez’s campaign and looks to occupy the primary’s left-most lane.

“What we have to do as a community, as a society, we have to fight for the most marginalized, the most oppressed, those closest to the suffering,” said Lopez, who backs a federal homes guarantee.

Serrano is not expected to endorse a successor. Several large labor unions have lined up behind Torres, but many other potential endorsers, including Ocasio-Cortez, are staying on the sidelines for now. Those who hate Díaz most hope the field thins in the next few months.

“We have 13 people at this point officially or informally declaring they’re running. All that’s doing is giving the votes to Díaz,” said Ed García Conde, the founder of a popular local blog, Welcome2theBronx, and a voter in the district. “All these people need to have a come to Jesus moment and say, hey, what can we really accomplish here? Is it about me or yanking it from the Bronx Democratic machine?”