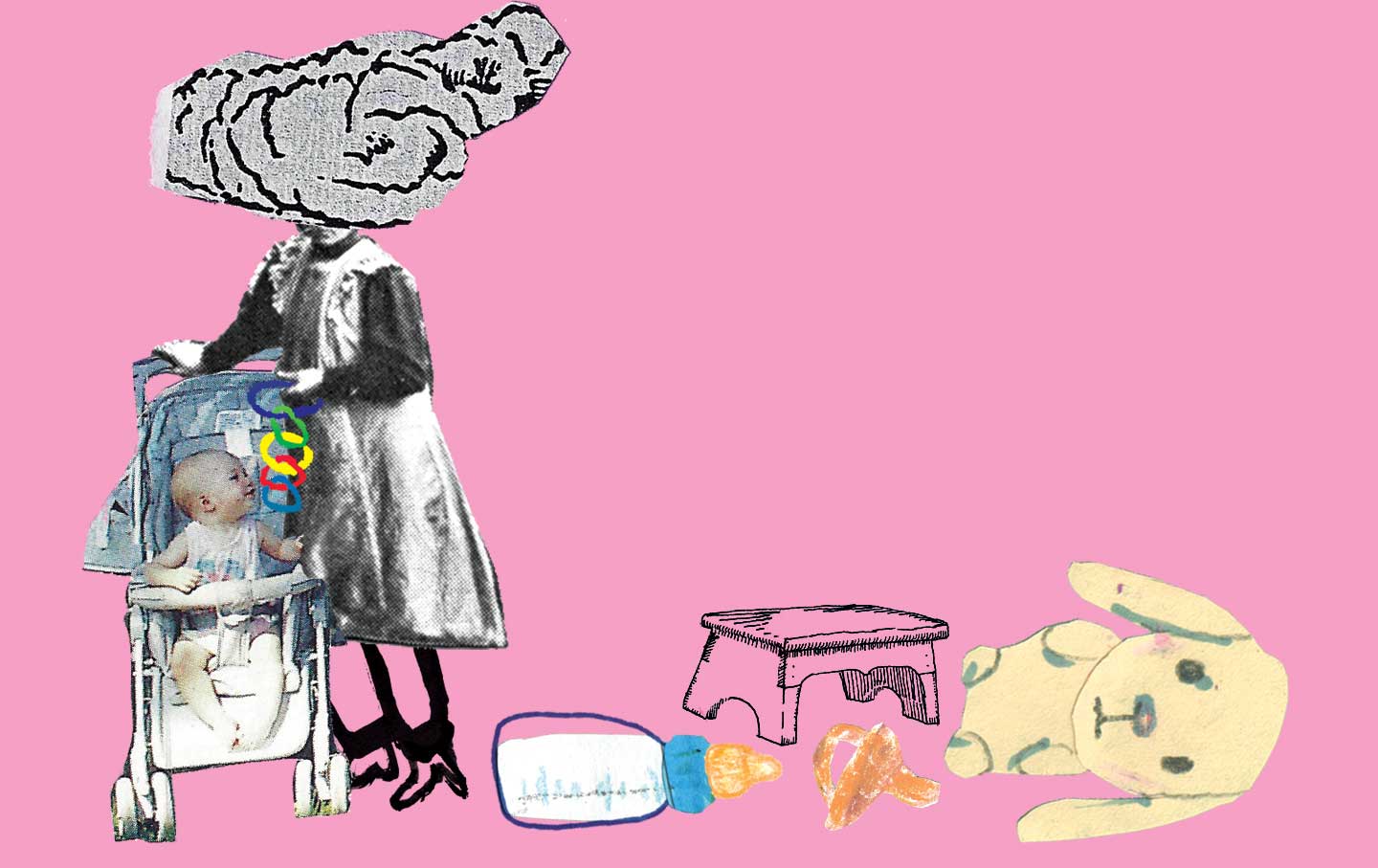 A few months after I graduated from high school, I got pregnant by my high school sweetheart. We’ve always had an on-and-off relationship, but I had a fantasy that we’d get married and raise a child together. He wanted to have the child as well; he had always wanted to be a father. And, of course, I thought he loved me.

News flash! A month after I announced my pregnancy, he got a girlfriend. I thought we were dating, but apparently not. I spent the next six to seven months of pregnancy trying to get over him, but we kept living together for the sake of the baby. I realized that I had gotten into this whole mess because I knew he wanted to be a father and that nothing I could do would ever make him happy.

Then our son was born. His father seemed to have the magic touch to calm him down, but I never could. We both suffered from postpartum depression.

After I started working, I felt better. I felt the most useful to our family when I worked and did chores while my former sweetheart took care of our child. Eventually, however, he decided to start working, too, and since he was making more, I was the one who had to give up my job to stay home and take care of our son. For me, watching a baby who’s awake for more than two hours is the definition of H-E-double-hockey-sticks. I can’t keep up with him.

I hate being a mom, and I often wish I could leave them and start a new life elsewhere. I don’t mind working and paying for everything, but I hate taking care of my son. Am I a bad mom for not being able to stand my 6-month-old for more than a few hours? He’s teething, and I know that can be a bad stage, but I don’t know what to do. I hate living like this.

What do you think I should do? Do you think I need help, or do I need to just suck it up? When does it get better?

All of babyhood can be, for some parents, a tough stage. Some never bond with their babies yet delight in their children as they get older. Mothers are more likely to feel bad about this, as women are expected to love taking care of babies out of a biological desire to nurture. In reality, regardless of gender, some people enjoy doing this kind of labor, and others don’t.

I think you should find a therapist, if possible—probably what you meant by “help,” although I imagine other forms are also warranted—but I don’t think you should leave town. Abandoning the baby could be scarring for all concerned, and besides, the challenges of caring for a baby are specific and temporary, and when he’s older, you’ll probably regret having given up the chance to be a part of his life.

Do get back to work and get the baby into day care as soon as economically possible, ideally full-time. If day care is too expensive—and your wages are too low—to do this (and knowing that this may well be the case, I’m enraged on your behalf), can you and the father both work part-time? Are there any grandparents or other relatives who can watch the baby for a day or two during the week? Would the father be willing to stay home with the baby if you found a higher-paying job?

My understanding from what you’ve written is that you and the baby’s father live together as parents but aren’t a couple. It’s understandable that you’d resent this, since you wanted a romantic future with him. While living together makes sense for economic and co-parenting reasons, it appears that it may not be working for you. If living apart is an option, then moving out could give you a break from that (frustrating and unrewarding) relationship, as well as more time away from the baby.

Whatever you do, please leave the baby with his father in the evenings so you can date other people or go out with friends. Having a social life may not solve your problems, but it might make you feel better.

Finally, hang in there, and remember: No matter how hard parenthood gets, no particular stage lasts forever. Your son won’t be a baby for long. Of course, the bad news is that other stages that you’ll enjoy more may also be brief. But that will be a better problem to have.

Dear Liza,
An old friend used to send out a daily e-mail to everyone on her list. It included work news, promotions for her company, things like that. After the European Union’s General Data Protection Regulation went into effect, she had to drop all the people from her mailing list who didn’t opt in to receive it. Now she sends self-promoting messages on WhatsApp. Her messages—about her new book as well as things that she is thinking about—are not labeled as spam, and at first, when I thought they were DMs for me, I found them strangely impersonal. Once I realized she was sending them to lots of people at the same time, it began to bug me. I didn’t sign up for this onslaught, and I feel that WhatsApp is supposed to be for personal messages. What should I do about these transactional texts disguised as messages to friends?

Our Town Is Broke. Should We Accept Investment From a Homophobe and a Tea Partier?

Like so many others emitting toxic waste, your friend has found a loophole around the regulations. I agree with you, Spammed, that her use of WhatsApp is irksome. I like the argument made by the philosopher Todd May in his 2012 book Friendship in an Age of Economics: In our current neoliberal era, when so much of life is a transaction, we must fiercely protect friendship as a noneconomic relationship. “In a world often ruled by the dollar and what it can buy,” he wrote in an op-ed, “friendship, like love, opens up other vistas.” (I think this is more true of friendship than romantic love, which is often mired in economics.) That’s why your friend’s abuse of WhatsApp feels offensive: It brings transaction into a space that you feel should be reserved for relationships outside the marketplace. (Why can’t she use LinkedIn or even Facebook or Twitter—platforms on which everyone finds self-promotion acceptable?) Tell your friend that you’re happy to hear from her on WhatsApp (if you are) but that for you, it’s a medium for personal communication, so you’d prefer not to receive any work-related mass texts on it.