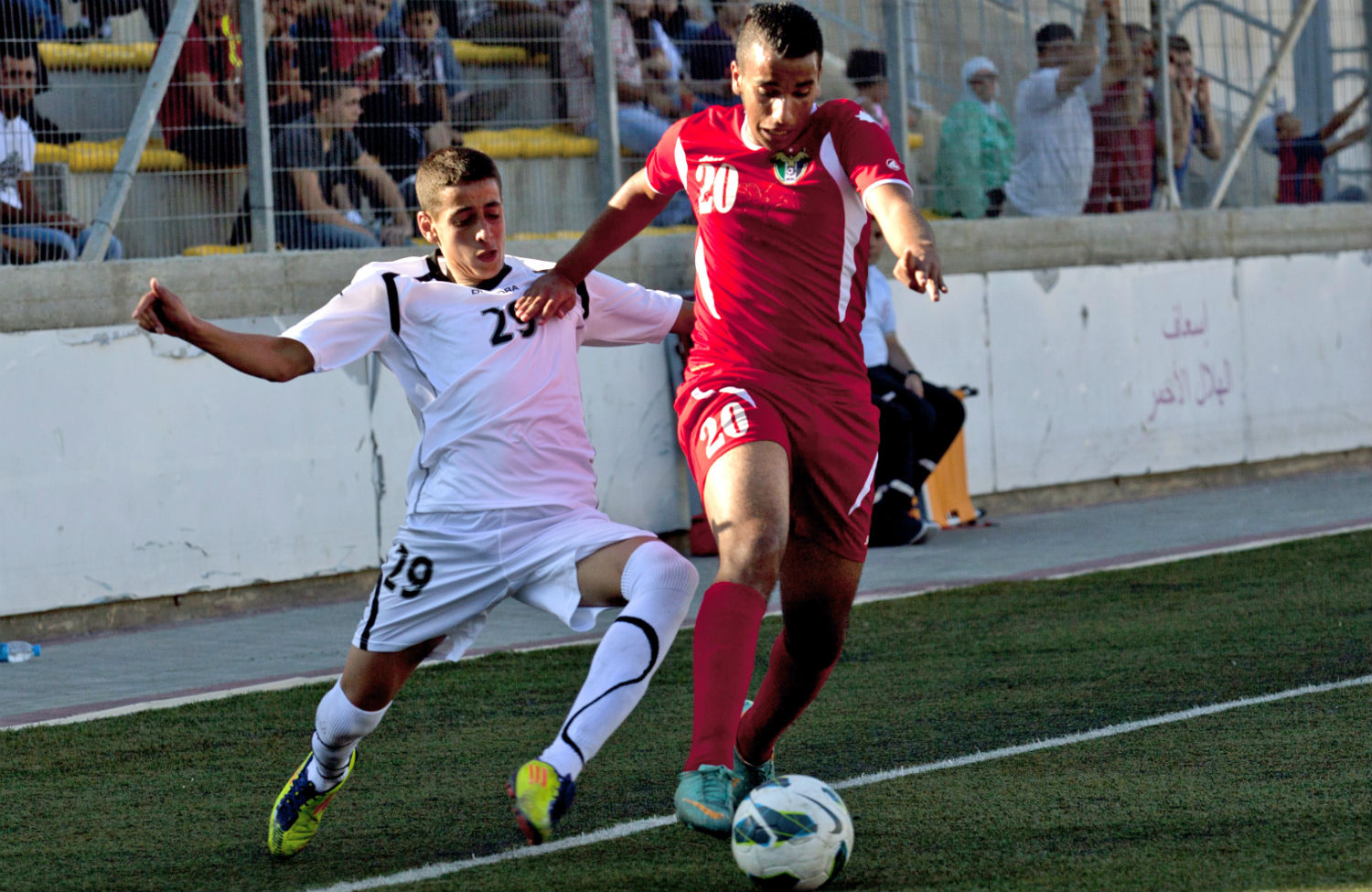 Last week, Jen Psaki, the spokesperson for the US State Department, was asked if she had comment on “Israeli soldiers at checkpoints targeting Palestinian soccer players.” She said, “I haven’t seen that. Obviously, we spoke to our concerns [about checkpoint violence] again, in the same Human Rights Report about certain actions and behavior…. I will check that out.”

“Checking out” what is happening to Palestinian soccer players would be well advised, and not only for Ms. Psaki. Last week, I received what could best be described as an overwhelmingly hostile response to my article on a recent shooting by Israeli Defense Forces (IDF) of two youth soccer players, and how this could affect the extremely perilous position Israel finds itself in the international soccer federation, FIFA. My piece went through the Palestinian Football Association’s very underreported push to get Israel removed from FIFA. Their appeal has been gaining support and will be raised formally at FIFA’s meeting in Brazil. The second part of my article centered around the aforementioned recent shooting of two young soccer players in their feet outside of an IDF checkpoint. The IDF claimed that the two young men had a bomb, something that they deny. My article aimed to show that this incident, alongside the jailing, injuring and killing of prominent members of the Palestinian national soccer team would have the effect of adding fuel to the movement to have Israel removed from FIFA.

I expected to get the typical barrage of hate mail from the usual suspects: the darkest corners of the Internet that believe on principle that Palestinian life is cheap if not entirely without value. At most, these e-mails are as nettlesome as spam.

The part of the response that was truly jarring however was the numerous private queries I received from prominent members of the media. I am choosing to keep their identities private because their correspondence to me was private and I will respect that. The queries contained no curiosity about Israel’s possible expulsion from FIFA. They all instead openly doubted that the shooting of the two young men had even taken place. Was I sure this really happened? When I pointed to my initial sources, the response by numerous people was, “Do you have any sources that are not Palestinian?” One person, writing for a major sports website, sent me numerous queries that I did not respond to, and then when the facts of the shooting appeared in the Israeli paper Haaretz, said to me, “Forget previous queries. I see news of the shooting on Haaretz. Never mind.” The assumption of mendacity affixed to Palestinian sources spoke volumes.

The other part of my story that people accused of being untrue was my theory that members of the Palestinian soccer community are being targeted for violence by the Israeli state. This was described to me as “laughable,” “ridiculous,” and one even said that they would reach out to The Nation directly to agitate for dismissal.

Yes it is certainly true that I don’t have a document signed by Benjamin Netanyahu calling for a systematic attack on the Palestinian national team. What I do have are names: real people, with real families, whose lives and deaths are testament to a story that needs to be told.

There was Ayman Alkurd. He was a 34-year-old member of the Palestinian national soccer team. Alkurd was killed during the 2009 Operation Cast Lead when a missile was sent into his home in Gaza. There was Wajeh Moshtahe, another national team member. He was killed in his home during Operation Cast Lead as well. He was only 24. There was Shadi Sbakhe, another national team member who suffered the same fate. All three, in fact, died within seventy-two hours of one another. They reminded many, at the time of their deaths, of Tariq Al Quto, described by the BBC as “a talented midfielder,” who was killed by the IDF in 2004.

Then there are the imprisoned. We can start with Omar Abu Rios, the former starting goalkeeper for the national team. He was arrested at age 23 for allegedly being part of an attack on Israeli troops at the Amari Palestinian refugee camp near Ramallah. He was, according to Chairman of the Palestinian Football Association Jibril al-Rajoub, “arrested at work and taken to an unknown location.” Rajoub appealed directly to FIFA chief Sepp Blatter on Rios’s behalf, saying that his arrest “was in total disregard of all agreements signed by the Israeli side and in direct violation to the simplest right of our players.”

There was also Muhammad Nimr, a top 23-year-old striker and national team member, who had his house destroyed by the IDF and was then jailed without charges being filed. Nimr’s story echoed that of another striker, Zakaria Issa, who had been jailed for sixteen years before being released in 2013 when he was struck with terminal cancer.

Then there was Mahmoud Sarsak. Sarsak was a defender on the national team who was arrested and jailed without charges while trying to cross a checkpoint in order to join his teammates. His plight became an international cause when the Palestinian national team member went on a three-month hunger strike while being held in an Israeli prison. He was released in July 2012. As he said at a meeting in England upon his release, “Israel actively attempts to stop sportsmen and women competing, and there are a large number of athletes in prison…. Since 2008 we have seen Israel detain a number of sportsmen who were arrested under the administrative detention laws—meaning no charges need be brought. They never have to go to trial.”

This is reality for the Palestinian national team: four dead by Israeli munitions and—at least—three jailed in Israeli prisons without trial over the last decade. I have no idea whether people will see this as constituting a “targeting” of the Palestinian soccer players. I do believe that it is our job as sports journalists to ask the questions. There can be no doubt that we would press for more information if those killed and jailed were members of the Spanish national team, the German national team, the Brazilian national team or, heaven forfend, the US national team. Israel’s future in FIFA should depend on its answering these questions, but they only get answered if they are asked.

Yes, it is understandable why looking to FIFA for any kind of moral guidance is laughable. The locations of the next two World Cups, Russia and Qatar, contain enough human rights violations to keep Amnesty International busy until the next century. But attacks on athletes themselves need to be, pardon the expression, a red line for all international sporting bodies: a red line no country should be allowed to cross.