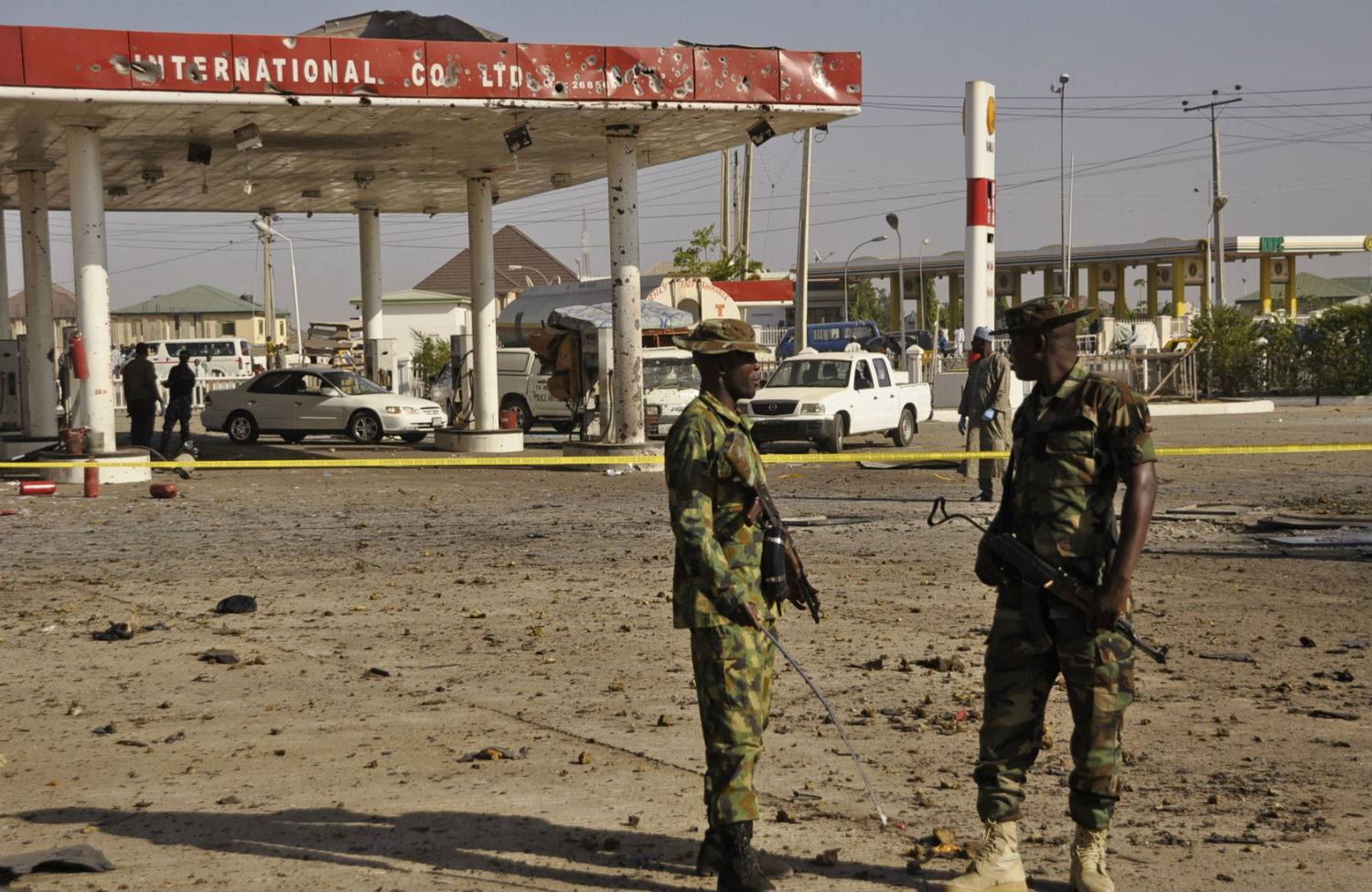 Nigerian soldiers stand guard in Kano after an attack by Boko Haram. (Reuters)

Initial reports from the strategically important city of Maiduguri, the capital of Borno State visited by Nigerian President Goodluck Jonathan only the day before, claimed that Boko Haram had routed the Nigerian forces deployed to defend the city. However, updated reports indicated that the Nigerian military was able to prevent the fall of Maiduguri, at least temporarily.

Secretary of State John Kerry arrived in Nigeria as the crisis was unfolding and pledged that the United States would support efforts to meet the threat to the internal security of Nigeria and surrounding nations. The presidents of Chad, Niger and Cameroon, along with the Nigerian administration, have declared that they will carry out military actions to crush the Boko Haram insurgency.

The chairperson of the African Union, Nkosazana Dlamini-Zuma, stated that the situation in Nigeria would be a priority item at an upcoming AU meeting. Nigerian authorities, however, have rejected the need for AU or United Nations intervention. For them, West African regional authorities can address the issue through collective military actions.

My position, however, is that a purely military response will only exacerbate an insurgency whose roots lie in the complex socio-historical conditions and internal contradictions of northeast Nigeria. Those conditions include massive poverty, feudal social and economic relationships that are deeply entangled with ethnic and religious affiliations, and an elite intra-class politics in which control of the Nigerian state apparatus is the ultimate prize.

The advocates of a purely military response ignore or are unaware of the fact that before Boko Haram went underground to wage its military campaign against the Nigerian state, it represented a mass movement that had a significant popular base. And while the war may have eroded that popular base and Boko Haram’s connections to the elite of northern Nigeria, to ignore the socioeconomic conditions and religious and ideological factors that still provide the foundation for Boko Haram’s recruitment and popular support is to fall prey to the simplistic caricatures projected in the Western media and mimicked by the African press.

There is no doubt that Boko Haram has committed egregious crimes against humanity. But so has the Nigerian government. In every major city and town that is being contested militarily, from Baga to Maiduguri, it has been documented that the Nigerian authorities committed massive human rights violations including torture, extrajudicial killings, house burnings, kidnapping and rape. The targets of those violations were members and suspected members and supporters of Boko Haram and their families.

Abstract moralism will confuse the complex confluence of social and historical forces that shaped and are shaping the realities of Nigerian society and contextualize the rise of Boko Haram. Embracing the simplistic explanation that Boko Haram represents an alien force of wide-eyed fanatics who use terror tactics to conquer and rule over territory and people may be attractive to the intellectually lazy, but it by no means explains the reality of the situation, even if that characterization reflects some elements of truth.

There are no innocents in this conflict except the people who are losing their lives, having their towns and cities destroyed and children disappeared. Powerful forces in both the United States and Nigeria are benefiting from the chaos and death in that country. The US Africa Command’s (AFRICOM) strategic objective of establishing closer military relations with nations in Africa in which the United States has vital interests is certainly being satisfied as a result of the insurgency. And because of the security issue, the northern-based All Progressive Congress has a good opportunity to dislodge the Democratic Party of President Goodluck Jonathan in the upcoming Nigerian elections.

But no matter who wins the election or whatever military force is raised and thrown against Boko Haram in the future, it is likely that the insurgency will continue. That’s because the fuel for the insurgency will continue to be provided by elites in Nigeria and the United States—just as in other parts of the world where armed groups resist (and exploit) the politics of indifference, Western-style counterinsurgency violence, poverty, official corruption and the hypocrisy of the Western civilizational model.