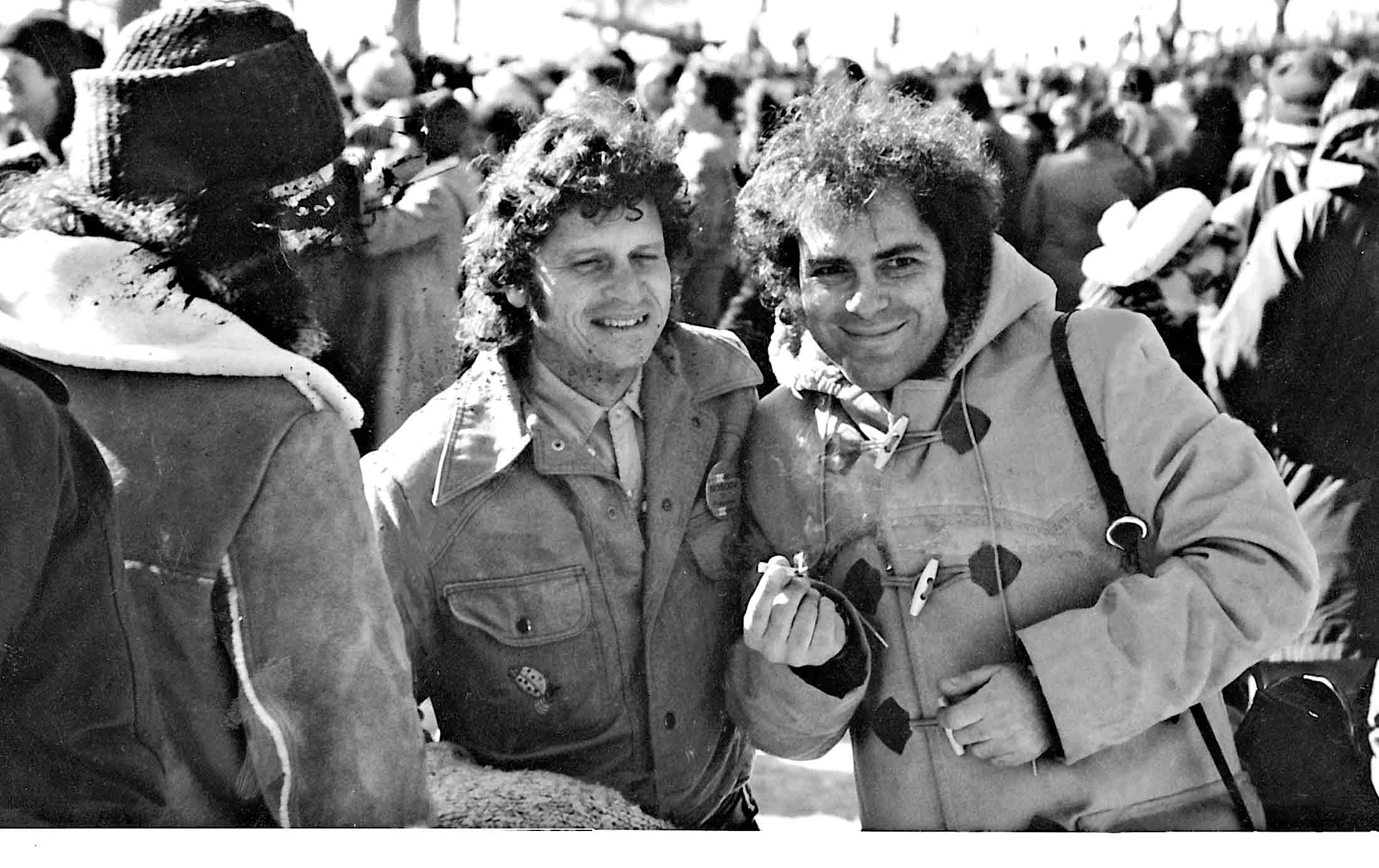 Paul Krassner and Jerry Rubin at an event. (Courtesy of Fantagraphics Books)

Among the icons of the 1960s counterculture, no one carried the torch in succeeding decades with more joy and vigor than Paul Krassner, who died on July 21 at the age of 87. He was writing witty, politically charged group e-mails to hundreds of devoted friends and planning new projects until his final earthly days.

Born in Brooklyn, Paul was a child prodigy on classical violin who played a Vivaldi concerto in Carnegie Hall at age 6. In the 1950s he became a staff writer for Mad magazine; he began publishing his own satirical magazine, The Realist, in 1959.

That year he interviewed Lenny Bruce for Playboy. Paul later edited Bruce’s autobiography, How to Talk Dirty and Influence People. Paul is most famous as one of the founders of the Yippies; he was an unindicted coconspirator in the trial of the Chicago Eight, who were arrested in connection with anti-war protests outside the 1968 Democratic National Convention.

Yet Paul’s greatest legacy is The Realist, which he kept going for 43 years, until 2001. Among those he published were Norman Mailer, Dick Gregory, Jerry Garcia, Allen Ginsberg, Kurt Vonnegut, Groucho Marx (whom he turned on to LSD), Ken Kesey, Richard Pryor, Marshall McLuhan, Woody Allen, Mort Sahl, George Carlin, Neil Postman, Madalyn Murray O’Hair, Joseph Heller, Timothy Leary, Ram Dass, Barbara Garson (whose brilliant play MacBird Paul helped fund), Terry Southern (who called The Realist “the most important publication in the United States”), and artists Art Spiegelman and R. Crumb. Paul was the first to publish Mae Brussel’s theory on the JFK assassination, and he was a go-to source for conspiracy theorists. 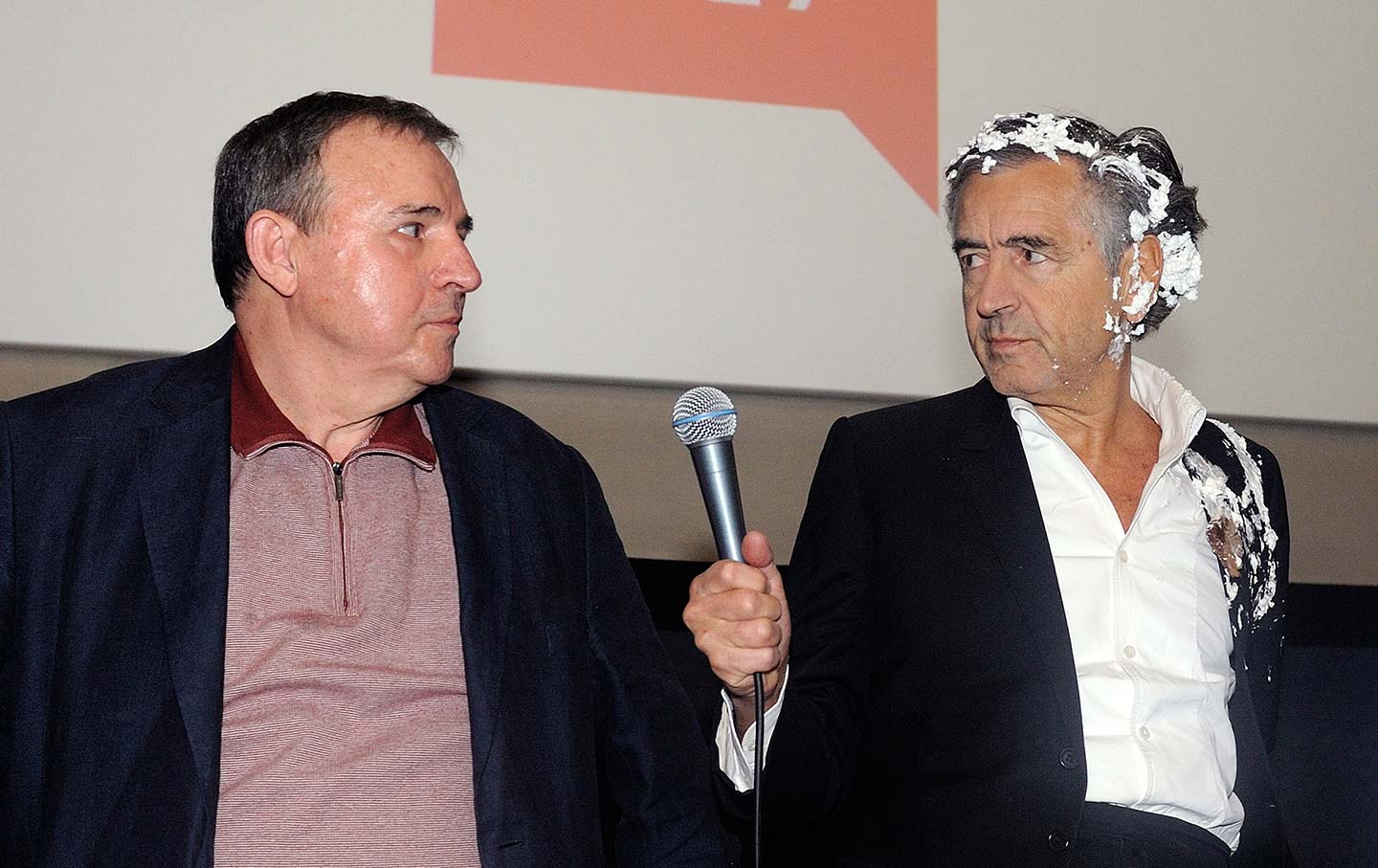 In Defense of Pieing

To me, the best parts of The Realist were Paul’s own pieces, which mixed anarchic humor and a nuanced progressive political agenda. He was the only person to win awards from both Playboy magazine (for satire) and the Feminist Party Media Workshop (for journalism).

As the decades passed, despite having a lower public profile, Paul remained relentlessly productive. His friend and kindred spirit Wavy Gravy said, “He doesn’t waste time. He keeps doing one thing after another,” making dozens of public performances, writing hundreds of articles and that constant stream of e-mails, and more than a dozen books, including Pot Stories for the Soul, Patty Hearst and the Twinkie Murders, and his autobiography, Confessions of a Raving, Unconfined Nut: Misadventures in the Counterculture. A final book, Zapped by the God of Absurdity: The Best of Paul Krassner, will be published this year.

One of his many roles was as a mentor to dozens of journalists and filmmakers. “Paul was an influencer before the word existed as such,” said Michael Simmons.

I first met Paul in the late 1990s when I was running Mercury Records and he wanted to record his stand-up comedy performances. We released four albums in five years. Paul saw humor in everything.

Paul subverted the stereotype of the angry lefty with a perpetual mischievous grin—but he also had a keen sense of his legacy. Behind his self-effacing affect, he was a fastidious curator of his own mythology. When I was writing a book about the ’60s, he wanted to make sure that I understood that he—and he alone—had coined the word “Yippie.” Another book suggested that he, Abbie Hoffman, and Anita Hoffman all had the same epiphany while they were tripping, but Paul gently but firmly asserted, “I was there, and I know what happened.”

Until his dying day, Paul was working on a novel about a stand-up comedian in New York in the ’50s that was based on his friendship with Lenny Bruce. A few years ago, when I visited Paul and his wife, Nancy Cain, at their house in Desert Hot Springs, he said that when he started working on it, “I felt like I was channeling Lenny. I could hear him talking to me all the time, until one day when he said to me, ‘Paul, what are you listening to me for? You know you don’t believe in this shit.’” Thereafter, said Paul with a subversive smile, “I never heard Lenny’s voice again.”

Culturally Jewish by birth, Paul said for most of his life that he was an atheist—although occasionally he used the more open-ended term “agnostic.” His credit on The Realist masthead was “Zen bastard.” Yet he was a passionate acid head and cherished his friendship with Ram Dass. I always suspected that there was more spirituality behind his well of cheerfulness than he admitted. A few years ago, I did a podcast with him and at the end blurted out, “God bless you!” and he said, “God bless you, too,” and then chuckled and added, “I surprised you with that one, did I?”