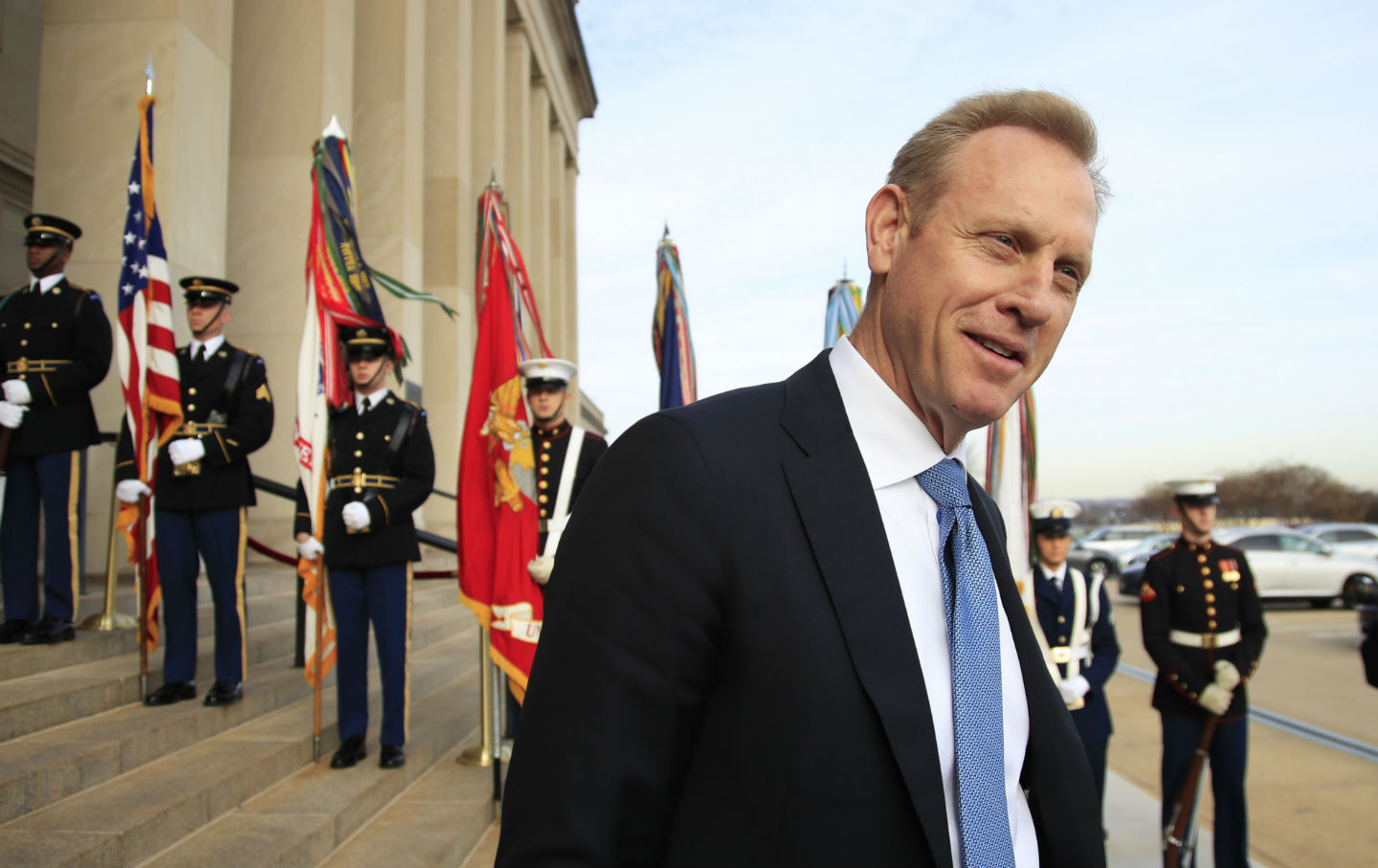 Donald Trump finished out the year by doubling down on what many in Washington saw is his most unsettling act of 2018: a break with Secretary of Defense James Mattis that led to the general’s December 20 announcement that he would leave his post on February 28, 2019. After the wide circulation of a letter of resignation from Mattis that Newsweek aptly described as “a rebuke of Donald Trump and ‘America First’” thinking, the president sped up the timeline to push Mattis out by the end of the year.

That required Trump to name an acting secretary of defense, and he chose Deputy Defense Secretary Patrick Shanahan. It was a surprise move made on the weekend before Christmas—so surprising that Shanahan had to fly back to Washington from a Holiday travel schedule he had already begun.

Shanahan takes charge of the Pentagon—for how long we do not know—as an unfamiliar name for the vast majority of Americans, as well as for many in Washington. His main claim to fame in the deputy post was his ardent advocacy for Trump’s “space force” scheme. CNN noted in a headline reviewing the president’s decision that “Trump’s acting secretary of defense will step into the role with no foreign policy, military experience.”

So what experience does Shanahan have? He is, literally and figuratively, the embodiment of the military-industrial complex about which former President Dwight Eisenhower warned Americans at the close of his presidency in 1961. Shanahan was not the man Mattis wanted in the number-two job at the the Department of Defense. In fact, Mattis did not want a man. During the transition period, he signaled that he preferred Michèle Flournoy, the former under secretary of defense for policy who served as a principal adviser to Secretaries of Defense Robert Gates and Leon Panetta during President Obama’s first term.

A senior fellow at Harvard’s Belfer Center for Science and International Affairs who serves as CEO of the Center for a New American Security—whose resume includes work with the Defense Policy Board, the Project on National Security Reform, and the Defense Science Board Task Force on Transformation—Flournoy was on the cutting edge when it came to the delicate balances that must be achieved to keep the peace and extend it. Had Hillary Clinton been elected president in 2016, Flournoy might herself have become secretary of defense. She had praised Trump’s selection of Mattis (calling him “a much respected military thinker”) for the top post, and Mattis very much wanted her on his team.

Flournoy seemed like the perfect pick—or maybe not. After initial conversations with Mattis in December, 2016, CNN reported that Flournoy traveled to New York for further talks with Trump’s aides about her work on defense and National Security Council reform. Shortly afterward, she withdrew her name from consideration. Why? The key appears to have been that trip to New York to meet with the Trump team. As much as she respected Mattis, Flournoy told Politico, she determined that Mattis “needed a deputy who wouldn’t be struggling every other day about whether they could be part of some of the policies that were likely to take shape.”

Translation: She could not see a way to fit into an administration with Donald Trump as the commander in chief.

That moved Shanahan into the running. I included a chapter on him in my book Horsemen of the Trumpocalypse: Field Guide to the Most Dangerous People in America. Here’s some of that reflection on the rise of the man who will—at least temporarily—be running the Pentagon:

It was clear that expectations would have to be lowered.

Shanahan was tapped to oversee defense policy, the budget and, um, acquisition teams at the Pentagon. “Shanahan, 54, has no military or political experience,” noted the Seattle Times when the selection was announced in March (of 2017). “He is, however, familiar with defense procurement from the business side.”

Shanahan worked for many years as the vice president and general manager of Boeing Missile Defense Systems, and before that he was general manager for Rotorcraft Systems and US Army Aviation programs.

In other words, if there was a living, breathing embodiment of the military-industrial complex, it was Patrick Shanahan, a 31-year Boeing employee, member of the Boeing Executive Council and now the guy who will be helping the Pentagon with procurement issues. Shanahan was no more of a Republican than was Flournoy; in fact, he had donated to the campaigns of Democrats in the past. And ethics rules require Shanahan to recuse himself from specific involvement with Boeing buys for two years.

But, two years out of Boeing doesn’t take the Boeing out of the Boeing exec, does it?

In fact, Trump seems to be interested in emphasizing the connection. “After a rocky start between the new administration and aerospace giant Boeing,” reported the Seattle Times, “President Donald Trump’s nomination Thursday of senior company executive Pat Shanahan as deputy secretary of defense is the latest sign of an increasingly cozy relationship.” The president had griped back in November about the cost of the next Air Force One being produced by Boeing. But Boeing Chief Executive Officer Dennis Muilenburg had already flown our to Washington and down to Trump’s Mar-a-Lago resort in Florida to work on the relationship.

As the president was announcing the Shanahan nomination, the White House was also announcing a budget blueprint with $13.5 billion in funding proposed for procuring new military aircraft, including $4 billion for Boeing’s F/A-18 fighter jets.

The Washington Post noted that Shanahan’s time with Boeing “might highlight Trump’s propensity to lean on the revolving door of the defense industry and the U.S. military” in making appointments to Pentagon posts.