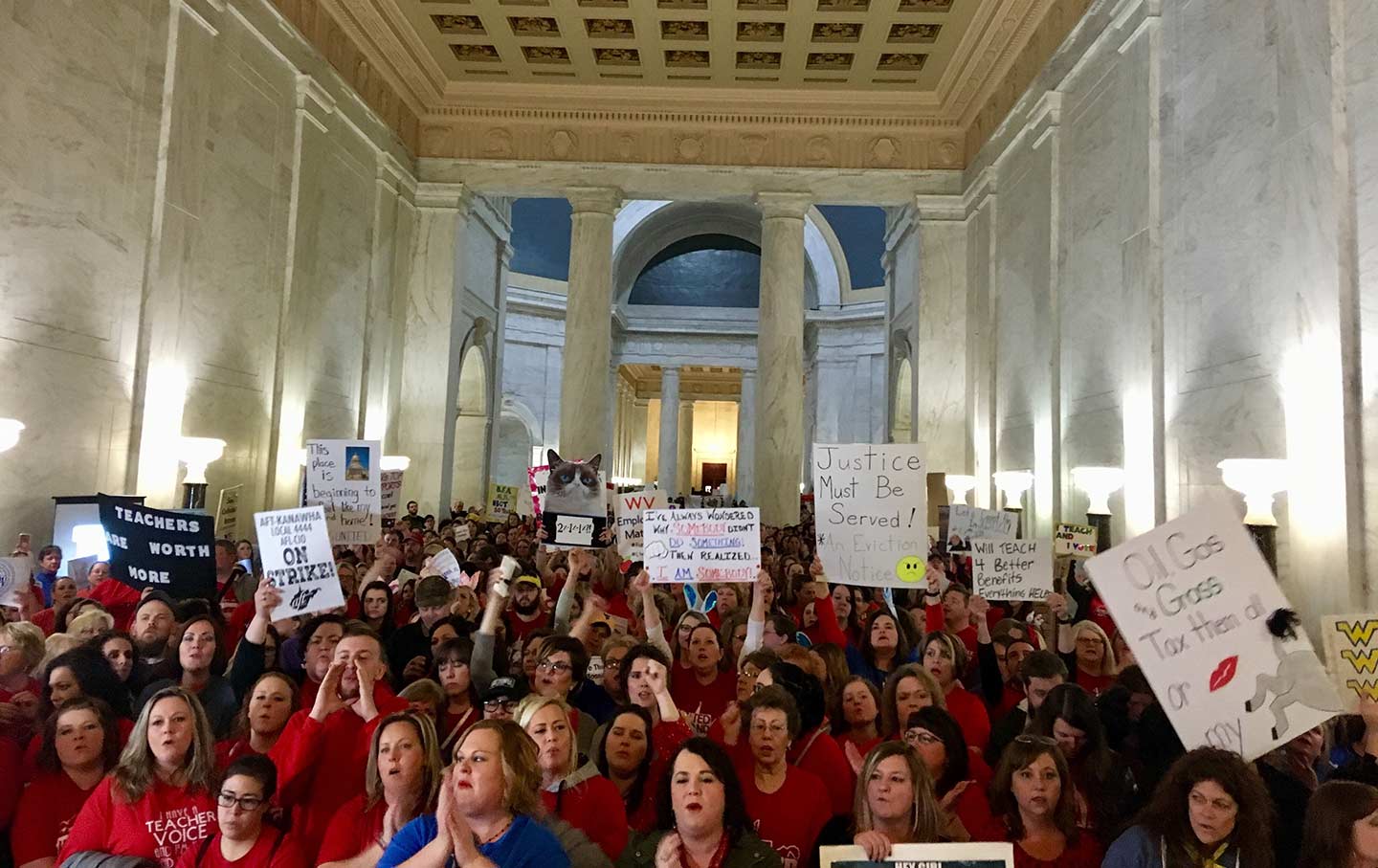 Teachers across West Virginia walked off the job Thursday amid a dispute over pay and benefits, causing more than 277,000 public school students to miss classes as educators swarmed the state Capitol in Charleston to protest. All 55 counties in the state closed schools during Thursday’s work stoppage. In response, a group of high school students in the state have formed a solidarity group, #SecureOurFuture, and issued the following open letter to West Virginia’s citizens. We repost it below with permission.

Teachers across the state are striking this Thursday and Friday because of inadequate compensation and rising insurance premiums. We, as West Virginia students, are asking for your support in our movement to #SecureOurFuture by ensuring that our educators are compensated fairly and reasonably.

Our public employees have been promised raises for many years without any follow through from our legislature. Various members are using smoke and mirrors, calling a $404 raise (less than 1% for some teachers) every year for five years a “five percent raise.” This proposal is insulting, neither compensating for the rise in insurance premiums, nor even keeping up with inflation.

Public servants deserve more, and if we want hardworking, dedicated, and talented teachers to stay in West Virginia, we must compensate them competitively.

Currently, the House and Senate are following Governor Justice’s lead to freeze premiums for a 17-month period; the House is planning to raid the rainy day fund, and the Senate is scrabbling for money to build funding PEIA for that period into the state’s budget. All of these proposals expose the lack of empathy and respect for teachers in our state. The legislature is out of touch with what teachers are asking for, portraying basic necessities as extravagant and selfish.

In the state of West Virginia it is illegal for public employees to strike or collectively bargain; this includes the teachers’ union, taking the teeth out of the unions’ bite. In April of 1990, teachers violated state law by going on strike for eleven days in 47 counties. This week’s strike represents the first time all 55 counties will go on strike together. That significantly demonstrates the dire straits that our education system is in, and the insincerity of the promises the legislature has made to our teachers over the years.

It’s an election year, and it’s clear our current elected officials want to pawn this issue onto the next legislature. Seventeen months from now, after midterm elections, public employees would be in the same situation; we cannot keep “kicking the can down the road.” Teachers are already among the worst paid in the nation, and now our legislature would effectively cut their salary further through these changes to PEIA. We are the youngest voting block in the state. We will vote for the future of West Virginia.

The American Federation of Teachers and West Virginia Teachers Association are represented by the colors blue and red. We will be wearing purple, a mixture of these colors, tomorrow to symbolize our solidarity with the school employees who work every day to prepare us to become tomorrow’s citizens. We understand that this strike is not just a day off from school for us; it is not about pay, it’s about what’s right.