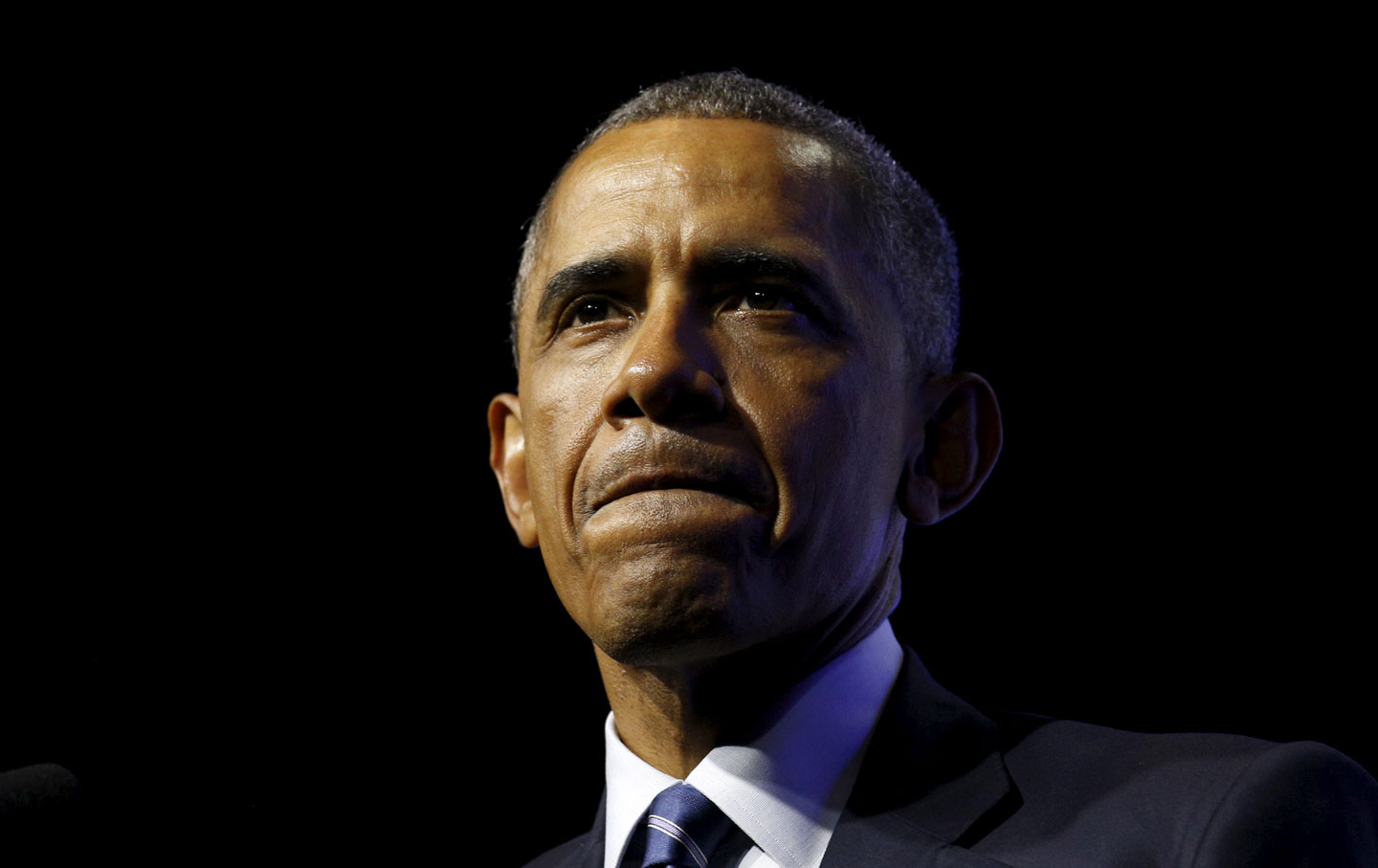 In a broad and fascinating end-of-year NPR interview, President Obama accused Donald Trump of “exploiting” the fears of “blue-collar men.” Now the right is shrieking that he’s playing “the race card,” as Matt Drudge’s top headline read most of Monday.

It came in response to a question from Steve Inskeep about why “the question of national identity” has come up so much this year—from Black Lives Matter to immigration to the controversy over Syrian refugees. After noting that the question comes up repeatedly in our history, Obama suggested the current tension had to do with demographic change combined with economic insecurity.

Particularly blue-collar men have had a lot of trouble in this new economy, where they are no longer getting the same bargain that they got when they were going to a factory and able to support their families on a single paycheck, you combine those things and it means that there is going to be potential anger, frustration, fear. Some of it justified but just misdirected.

He went on to say that “Mr. Trump is taking advantage of that. That’s what he’s exploiting during the course of his campaign.”

What’s objectionable about Obama’s statement? Trump has run a xenophobic, hysterical campaign warning Americans about Mexican “rapists,” Black Lives Matter activists, and Muslims who allegedly cheered on 9/11. He gained his current upper hand in the Republican Party by trolling the president for being born in Kenya. Also on Monday, FiveThirtyEight reported that all of Trump’s lead in the GOP race is attributable to his dominance among voters without a college education. (Among Republicans with a degree, he trails Ted Cruz slightly.)

Obama’s observation has been a staple of political analysis of the Trump phenomenon, even among Republicans. Why should it be more objectionable when the president says it?

He is also getting flak for remarks that came later in the interview, after Inskeep asked him if he understood “why it is that some ordinary people in America believe or fear that you are trying to change the country in some way that they cannot accept?” He answered: “Well, look, if what you are asking me, Steve, is are there certain circumstances around being the first African-American president that might not have confronted a previous president, absolutely.”

It’s a slightly awkward exchange, because Inskeep seems to have something else in mind for an answer. “I don’t know if that’s all of it,” he says at one point, but then tells Obama, “I’m trying to give you room to answer.” The president bends every which way to say people may have perfectly good policy reasons for opposing him–but he won’t rule out that race is a reason for some.

If you what you are suggesting is that, you know, somebody questioning whether I was born in the United States or not, how do I think about that, I would say that that’s something that is actively promoted and may gain traction because of my unique demographic. I don’t think that that’s a big stretch.

“My unique demographic.” How’s that for diplomacy? But still, the right’s having a rage-gasm over it.

From the day he suggested Cambridge, Massachusetts, police may have “acted stupidly” in arresting black Harvard scholar Henry Louis Gates in his own home–which became so controversial he had to host a “beer summit” between Gates and the arresting officer—Obama has provoked a backlash with the most anodyne remarks about race. Republicans police his tone to ensure he says nothing to agitate the white conscience, and the media often colludes. Even mainstream outlets are headlining Obama’s Trump remarks like they’re a shocking break with decorum, rather than the simple truth.

This is part of the bind that led Michael Eric Dyson to suggest—to much criticism—that Hillary Clinton will be able to do more to help African Americans than Obama. I’m not sure I agree with that, but I predict, if she becomes president, she’ll have a lot more freedom of speech than our first black president.