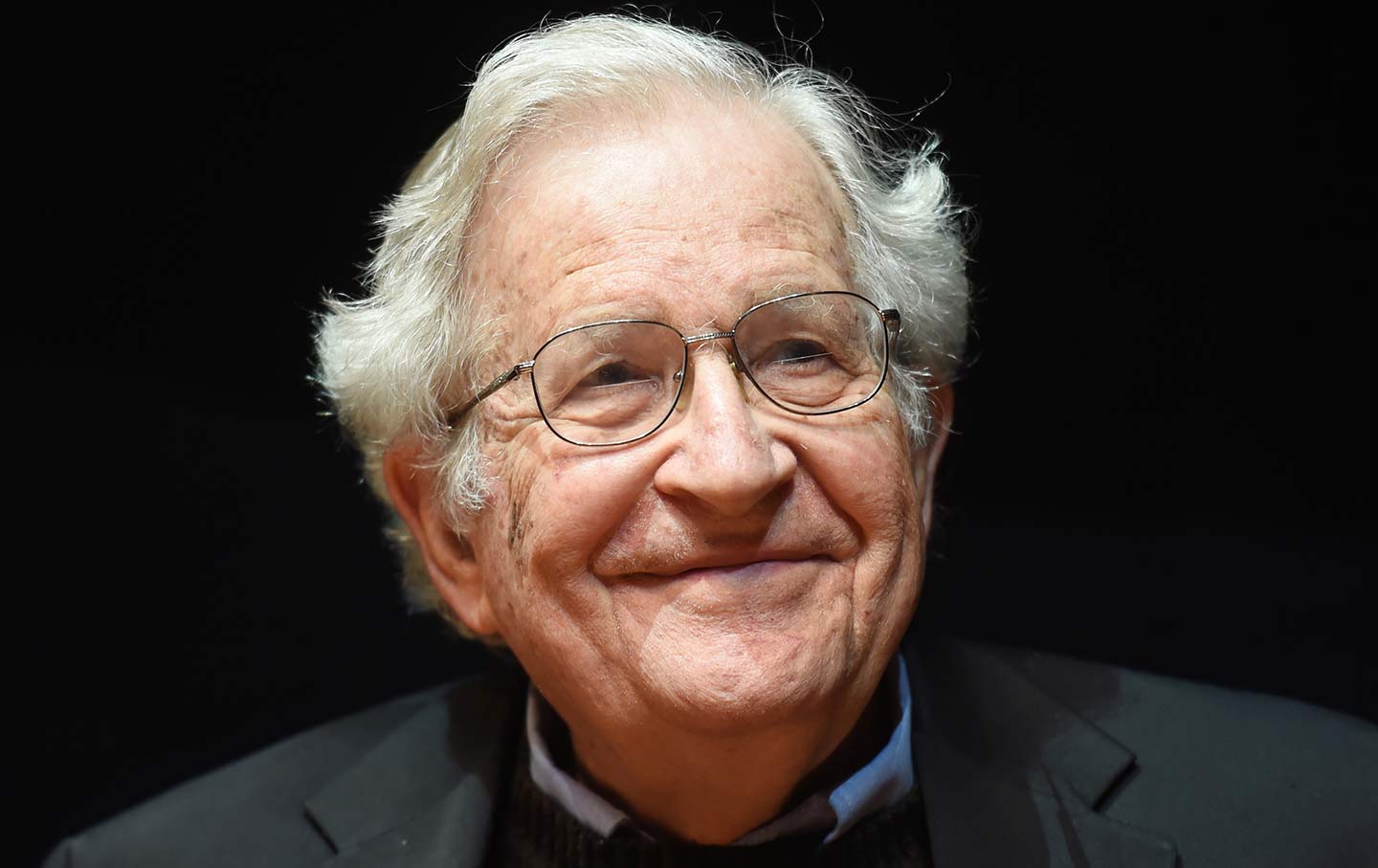 Noam Chomsky was aptly described in a New York Times book review published almost four decades ago as “arguably the most important intellectual alive today.” He was 50 then. Now he is 90, and on the occasion of his December 7 birthday, the German international broadcasting service Deutsche Welle observed, again aptly, that Chomsky is “arguably the foremost political dissident of the last half a century.”

Chomsky reminds us that intellect and dissent go together, and that the vital challenge of our times is to maintain “an independent mind.” That’s not easy in an age of manufactured consent, but it is possible, as Chomsky so well reminds us—by continuing to speak, as consistently and as agilely as ever, about the lies of our times.

When I visited him the other day, he was as gracious, witty, and blunt as ever. He pulled no punches, decrying the flaws of capitalism and politics, sparing few politicians and no parties. The academic and activist, whose outspoken opposition to American imperialism earned him a place on former President Richard Nixon’s “enemies list,” answered a recent question (from Democracy Now!’s Amy Goodman) about the approach of the Republican Party of Donald Trump and Paul Ryan to climate change with a question: “Has there ever been an organization in human history that is dedicated, with such commitment, to the destruction of organized human life on Earth?” His answer: “Not that I’m aware of.”

With a bow to George Orwell, Noam Chomsky continues to challenge manufactured consent.

Much will be said about Chomsky’s contributions to our intellectual and political life in the days and weeks to come. And new contributions will be added by the man whose statements continue to stir debates and consciences. I want to offer just a brief note today, from an extended conversation we had several years ago about the challenges facing independent thinkers in perilous times. 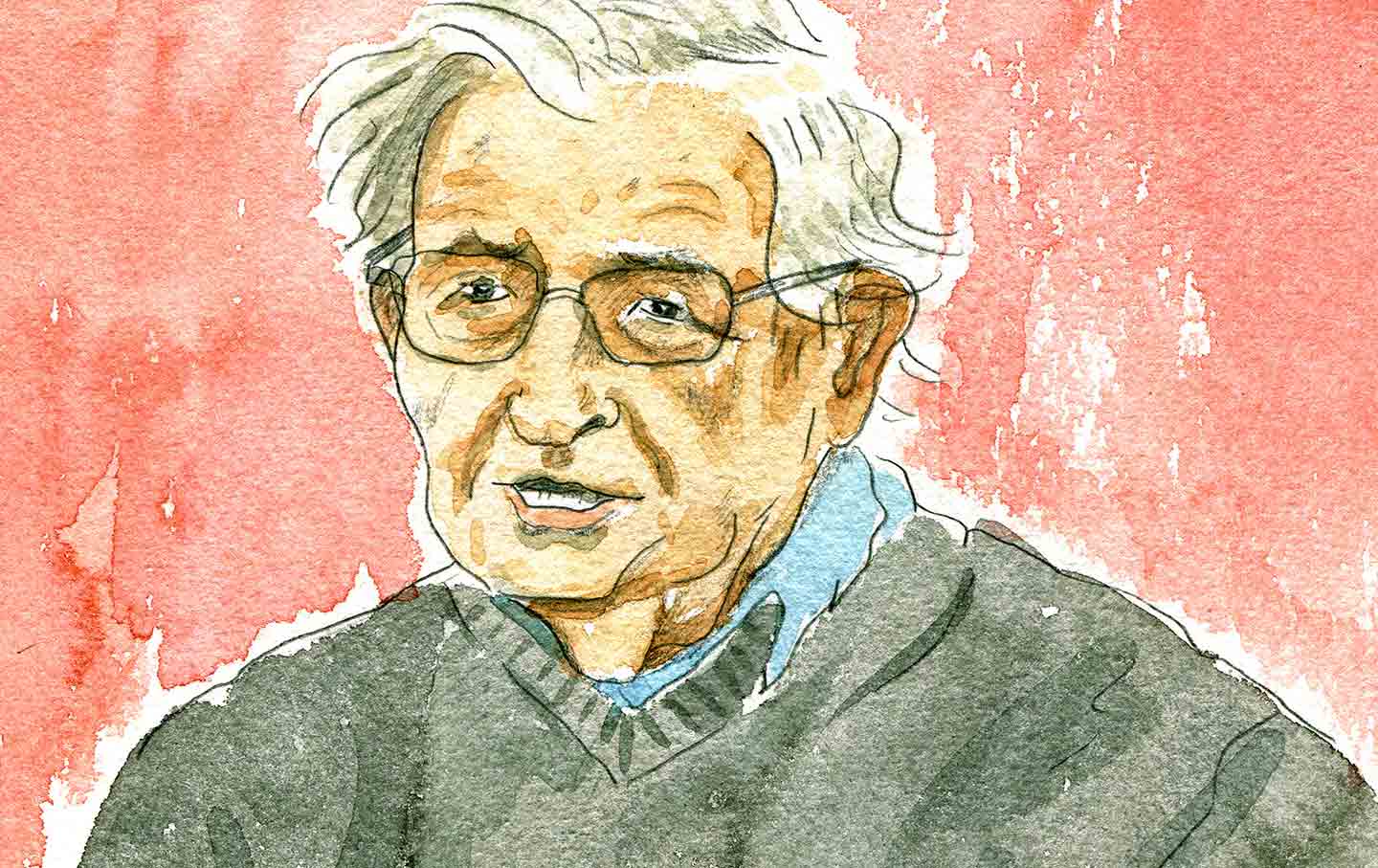 Chomsky recalled a preface that George Orwell wrote for Animal Farm, which was not included in the original editions of the book.

“It was discovered about 30 years later in his unpublished papers. Today, if you get a new edition of Animal Farm, you might find it there,” he recalled. “The introduction is kind of interesting—he basically says what you all know: that the book is a critical, satiric analysis of the totalitarian enemy. But then he addresses himself to the people of free England; he says: You shouldn’t feel too self-righteous. He said in England, a free country—I’m virtually quoting—unpopular ideas can be suppressed without the use of force. And he goes on to give some examples, and, really, just a couple of common-sense explanations, which are to the point. One reason, he says, is: The press is owned by wealthy men who have every reason not to want certain ideas to be expressed. And the other, he says, essentially, is: It’s a ‘good’ education.”

Chomsky explained: “If you have a ‘good’ education, you’ve gone to the best schools, you have internalized the understanding that there’s certain things it just wouldn’t do to say—and I think we can add to that, it wouldn’t do to think. And that’s a powerful mechanism. So, there are things you just don’t think, and you don’t say. That’s the result of effective education, effective indoctrination. If people—many people—don’t succumb to it, what happens to them? Well, I’ll tell you a story: I was in Sweden a couple years ago, and I noticed that taxi drivers were being very friendly, much more than I expected. And finally I asked one of them, ‘Why’s everyone being so nice?’ He pulled out a T-shirt he said every taxi driver has, and the T-shirt had a picture of me and a quote in Swedish of something I’d said once when I was asked, ‘What happens to people of independent mind?’ And I said, ‘They become taxi drivers.’”