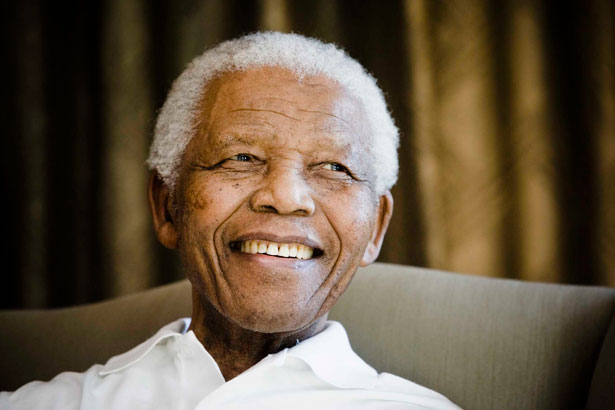 Nelson Mandela’s passing has elicited a flood of personal memories and tributes from people he touched across the world. I am one of those people. In elementary school in Dallas in the early 1980s, I was fascinated by the televised images of mock shanty-towns on US college campuses. Questions about the South African divestment campaign started me down a path that opened up a world of social justice and politically inspired change.

In 2003, I visited South Africa during the World Summit on Sustainable Development and spent weeks working alongside local organizers in townships around Johannesburg and learning about the strategies they used to thrive even under the oppressive apartheid regime. Everywhere I went, I was blown away by how powerful the women were. Vocal and forthright, they were often their communities’ spokespeople and leaders.

That experience of strong female leadership owed more than a little to the Constitution of 1996, put in place largely by Mandela. In its new Bill of Rights it listed not only race as impermissible grounds for discrimination, but “gender,” and then “sex” and then, uniquely, it also added “pregnancy.” And in case the meaning of that was not clear, the Bill of Rights went on (emphasis added):

Everyone has the right to bodily and psychological integrity, which includes the right

a.  to make decisions concerning reproduction
b.  to security in and control over their body; and
c.  not to be subjected to medical or scientific experiments without their informed consent.

This official recognition that gender equality requires embracing reproductive freedom remains a high-water mark of international law. This important commitment was foreshadowed by a bill passed months before the constitution went into effect. The Choice on Termination of Pregnancy law—which replaced one of the most restrictive abortion laws in the world with one of the most liberal and humane—allows South African women full autonomy to decide when to terminate a pregnancy in the first trimester, complete with financial assistance if required. (Abortion is also allowed within widely defined exceptions in the second trimester.) With this act, President Nelson Mandela transformed the lives of millions of South African women.

In his famous April 20, 1964, “Speech from the Dock,” given just before he was sentenced to life imprisonment, he offered a clue:

I have cherished the ideal of a democratic and free society in which all persons live together in harmony and with equal opportunities. It is an ideal which I hope to live for and to achieve. But if needs be, it is an ideal for which I am prepared to die.

The simple answer, then, is that he had more left to do. Mandela acted, as he always had, not out of political calculation but with laser-like moral focus. He knew that for women to have full freedom and equality, we must have autonomy over all issues pertaining to our lives, especially our reproductive destiny.

Mandela’s intimate experience with poverty and oppression showed him that reproductive freedom was intrinsically tied to economic security. Thus, this Nobel Peace Prize winner known worldwide for his pursuit of human equality chose as one of his first acts of elected leadership to cement that fundamental cornerstone of women’s equality into law.

Although a solid, consistent majority of Americans support the protections outlined in Roe v. Wade, well-funded attacks on reproductive freedom are consuming an enormous amount of time and attention in our country. So I was fascinated to see in all the press coverage of Mandela’s death how little was said about his legacy of advancing abortion rights.

It’s been mentioned primarily on women-defined blogs and press, which is important, but not enough. Major network tributes and even mainstream progressive outlets have not seen fit to mention it.

Unsurprisingly, his legacy championing women’s basic freedoms is not lost on extremists in this country hell-bent on taking them away. With their typical tone-deafness, they opine:

“Nelson Mandela has the blood of preborn children on his hands … lots of them,” wrote anti-choice blogger Jill Stanek on Saturday.

“[I]t makes no sense for pro-life Christians to praise Mandela’s example considering what he did with that power once he became president,” wrote Paul Tuns, editor of the Canadian pro-life publication The Interim.

“The organization Keep Life Legal asked the question: “What about apartheid in the womb?”

One of the first things I noticed when I joined NARAL Pro-Choice America as president was how much these extremists depend on their aggressive public vitriol to stigmatize the medical procedure of abortion and silence the majority in this country who understand that reproductive rights are vital to the freedom and self-determination that makes us Americans. The anti-choice lobby trades in hatred and fear to frighten people into avoiding the issue so they can they win by forfeit.

In attacking the moral leadership of one of the world’s most beloved freedom fighters, these zealots have once again gone too far. But their slander is not the only reason we must talk about Mandela’s contributions to women’s freedom. We must go there, because he went there. If we want to honor Nelson Mandela’s commitment to a society “in which all persons live together in harmony and with equal opportunities,” we only do it justice when we loudly recognize that his vision of human dignity included women’s freedom to make their own decisions about when we have children.

Tribute after tribute has unfolded with this chapter deleted, leaving all the successes and gains for South African women invisible. I am not going to bow to that pressure to hold my tongue. I will praise Mandela loudly and proudly for refusing to leave women behind. And if enough of us do so, maybe someday soon all women can be assured the respect and freedom that Mandela fought to bring to the women of South Africa.