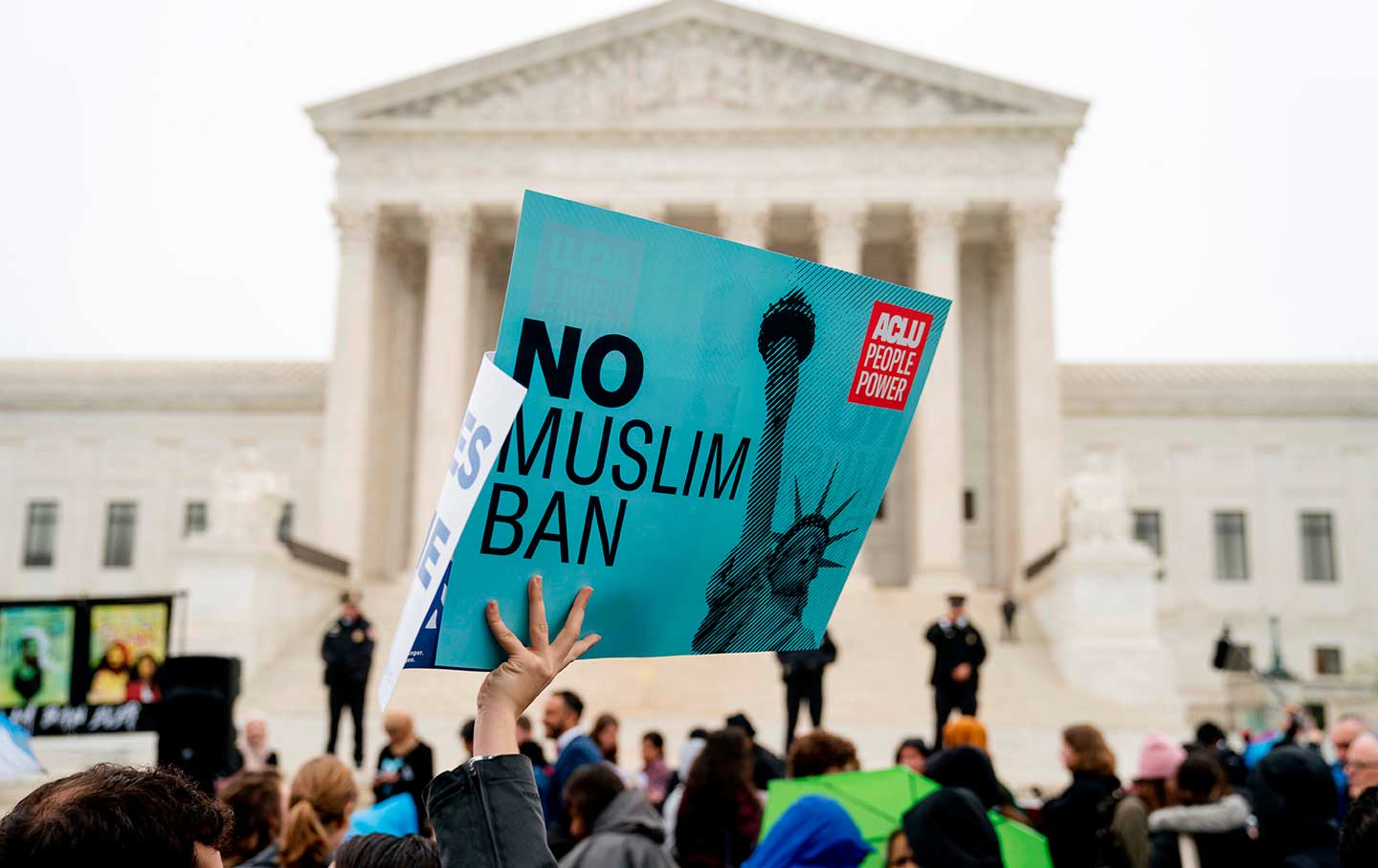 A person holds up a sign that reads "No Muslim Ban" during an anti-Muslim ban rally as the Supreme Court hears arguments about whether President Donald Trump's ban on travelers from several mostly Muslim countries violates immigration law or the Constitution. (AP Photo / Andrew Harnik, File)

From the thousands of families that remain forcibly separated to the immoral Muslim ban to the regular drumbeat of detentions and deportations across the country, our country’s inhumane treatment of immigrants continues. This week’s Take Action Now focuses on what you can do to fight back.

This morning, the Supreme Court upheld President Trump’s Muslim ban in a 5-4 decision. Today, take at least one action to say that you condemn the ruling and the racist and inhumane ban. You can join a rally in your area tonight by finding one here or checking out MPower Change on Twitter. If there isn’t one near you, spread the word about the actions happening across the country and express your outrage on social media using the hashtags #StandWithMuslims and #NoMuslimBanEver.

Thousands of immigrant children have yet to be reunited with their parents, adults and children continue to languish indefinitely in for-profit detention centers (many of which have been accused of human rights abuses), and ICE continues to separate families through deportation across the country. There are plenty of reasons to join one of the many marches planned for this Saturday, June 30, to say that #FamiliesBelongTogether, not in cages. Find an event here you here.

This is a moment that calls for everyone’s participation. There at least two options to engage in or support civil disobedience or direct action coming up: the Women’s March is organizing an action in DC this coming Thursday and Mijente is spearheading another on July 2 in San Diego, as well as asking people to sign up for other upcoming actions. You can also use the “Playdate Protest Action Guide” from Sanctuary Homes to organize your own creative protest.