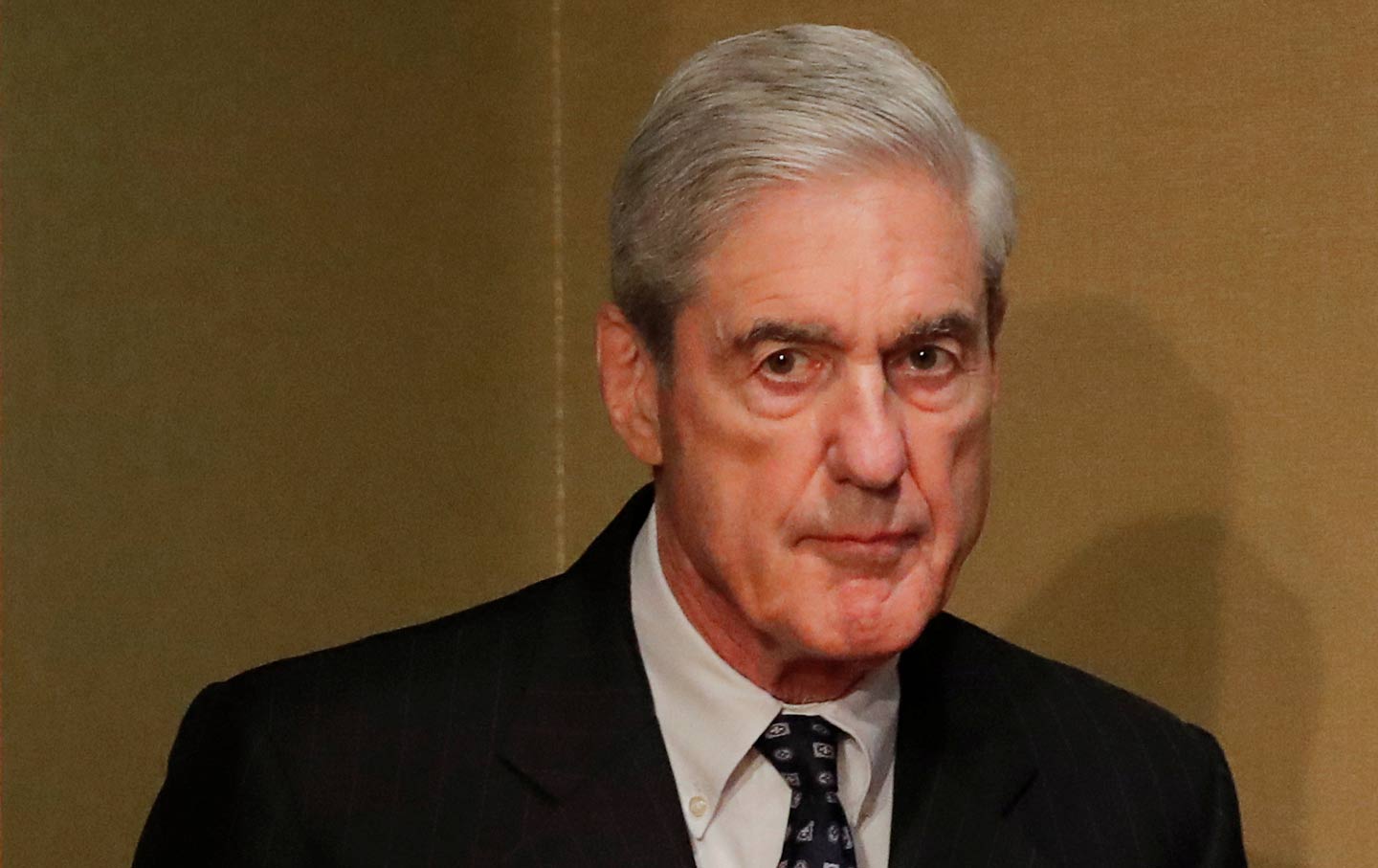 US special counsel Robert Mueller arrives to make his first public comments on his investigation into Russian interference in the 2016 US presidential election at the Justice Department in Washington, May 29, 2019. (Reuters)

Once this was a country where no man was above the law. Not even the president of the United States.

I’m thinking about the night in October 1973 that Richard Nixon shot the sheriff: the Saturday Night Massacre, when he fired the attorney general, his deputy, and the Watergate special prosecutor Archibald Cox—a foolish and futile attempt to shield himself from the law. Late that evening, Cox dictated a statement for his spokesman James Doyle to read to reporters: “Whether we shall continue to be a government of laws and not men is for Congress and ultimately the American people” to decide. A reporter asked Doyle what he was going to do. He said, “I’m going home to read about the Reichstag fire.” A few months later a federal grand jury named Nixon as an unindicted conspirator in the obstruction of justice, and the House then passed its first article of impeachment on that count.

Congress had better wake up and smell the smoke this week.

Our lawless president represents a great and growing danger to what’s left of our ideals of American democracy. He is being aided and abetted by an amoral attorney general, now charged with criminal contempt for defying lawful subpoenas, determined to shield Trump from further investigation at all costs; by Republican leaders whose conduct vacillates from cynical to conspiratorial; and, inexplicably, by their deeply cautious and seemingly uncourageous Democratic counterparts, who so far haven’t managed to summon the will to mount a muscular investigation of Trump’s criminal and unconstitutional conduct.

Robert Mueller’s report should have been all they needed to begin. More people have bought a copy than have read it, so let’s boil it down before we hear his upcoming testimony. It contains “substantial evidence,” in Mueller’s words, to support at least five counts of obstruction of justice by Trump—each an impeachable offense. 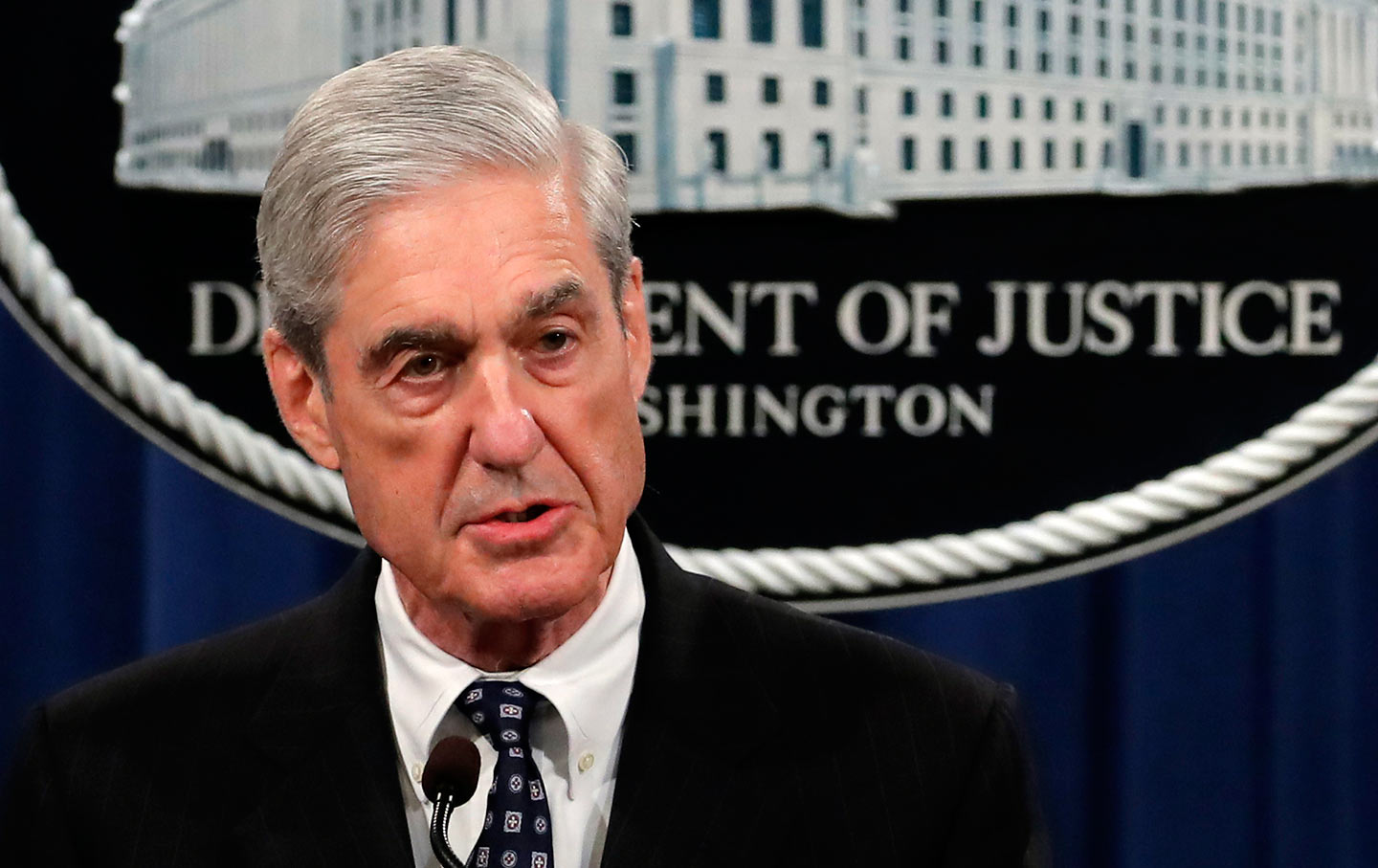 Robert Mueller Just Told Congress to Do Its Damn Job

These include Trump’s urging then–FBI Director James Comey to cease his investigation into the now-disgraced national security adviser Michael Flynn; his firing Comey when the director refused; his subsequent attempts to impede Mueller, and then to fire him, and then ordering the White House counsel Don McGahn to cover up the fact that he had done so—to lie to the press and to forge a false record for his files. Additionally, Mueller found clear evidence that Trump wanted his first attorney general, Jeff Sessions, to strangle the investigation of Russian interference in the 2016 election.

“If we had confidence after a thorough investigation of the facts that the President clearly did not commit obstruction of justice, we would so state,” said the report. It emphasized that Trump was driven by “concerns that continued investigation would call into question the legitimacy of his election and potential uncertainty about whether certain events…could be seen as criminal activity by the President, his campaign, or his family.”

If that wasn’t clear enough, Mueller wrote: “The conclusion that Congress may apply the obstruction laws to the President’s corrupt exercise of the powers of office accords with our constitutional system of checks and balances and the principle that no person is above the law.” If the House Democrats won’t use his upcoming testimony as a basis for opening a serious inquiry as a precursor to impeachment hearings, that principle is in mortal peril.

I interviewed Mueller at length after the 2016 election, and I know that he, like Archibald Cox before him, is an institutionalist down to the soles of his wingtips. He won’t go beyond the four corners of his report when he testifies. But he doesn’t need to. If people haven’t read his book, perhaps they’ll watch the movie. And if even a few elected representatives can direct this day of political theater with precision, it could and should mark the beginning of a new season of investigation.

Trump’s conduct detailed by Mueller isn’t an arcane conspiracy or a complex matter of constitutional law. It’s a crime. The man tried to shoot Lady Justice on Pennsylvania Avenue in broad daylight.

I think Congress can and will ask Mueller to state clearly what witnesses told him. It can then call those witnesses to testify. It may be too much to hope that Don McGahn might yet turn out to be a latter-day John Dean. But if we don’t ask, we’ll never know. And an intelligent and persistent congressional investigation built on the foundation of the Mueller report could clearly establish that Trump has committed high crimes and misdemeanors, and violated his oath to take care that the laws be faithfully executed.

Of course, Trump and Attorney General William Barr could quash that inquiry by continuing to defy congressional subpoenas and refusing to allow anyone to testify under oath. For Barr “is using the office he holds to advance his extraordinary lifetime project of assigning unchecked power to the president,” in the words of Donald Ayer, the deputy attorney general under Bush 41. These are Barr’s words, and his italics, on the power of the president of the United States: “He alone is the Executive branch…. [T]he Constitution vests all Federal law enforcement power, and hence prosecutorial discretion, in the President.” And so there can be “no limit on the President’s authority to act on matters which concern him or his own conduct.”

Barr believes that the president is in fact above the law. And he is acting on that belief. Surely Nixon—who asserted that “if the president does it, that means it is not illegal”—must be looking up and smiling.

We are at a moment of great peril. The rule of law is all we’ve got. No free republic in the history of civilization has lasted longer than a few centuries—and that ended with the Roman Empire. The United States of America is 243 years old.