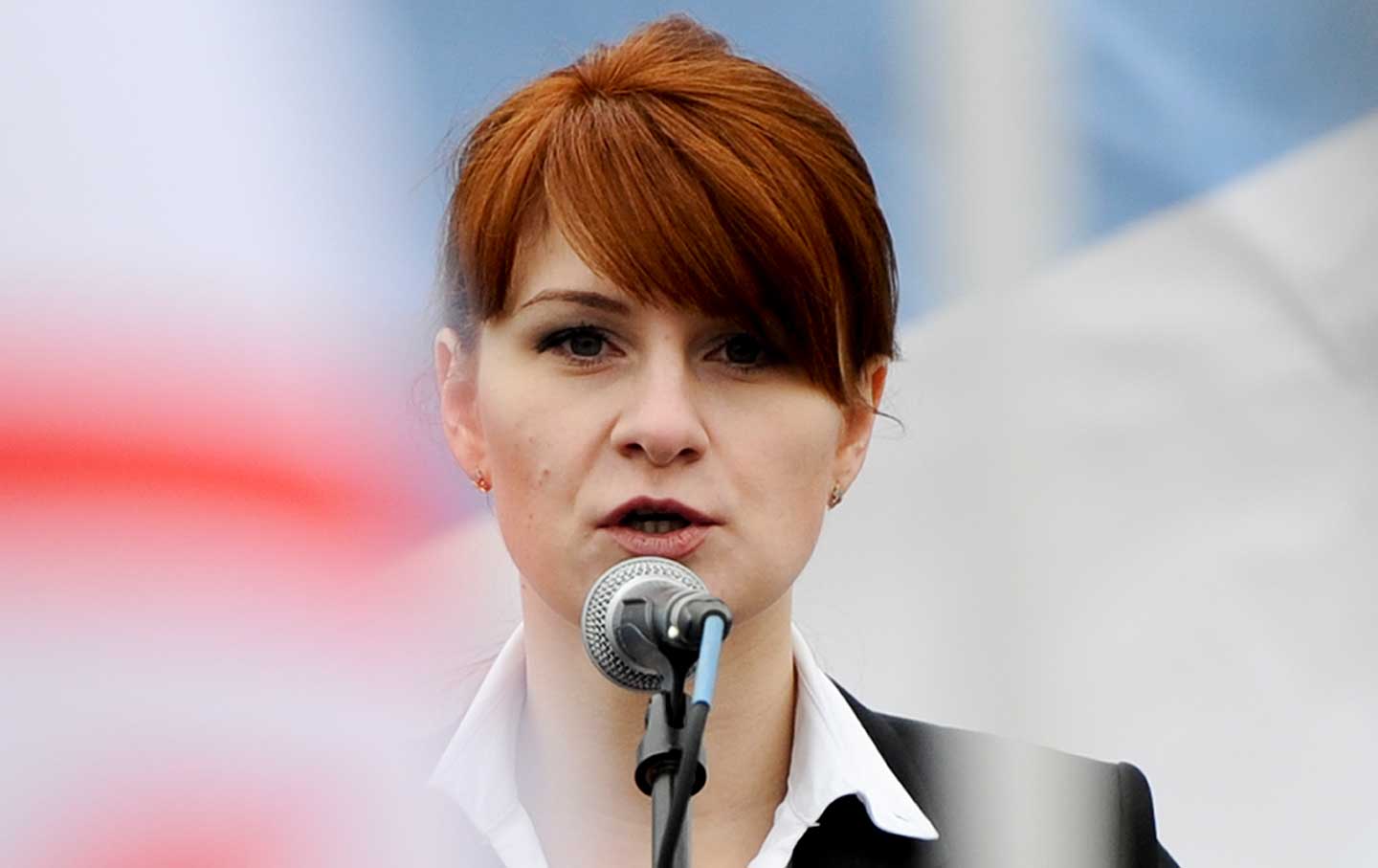 Thirty-year-old, flame-haired Maria “Red Sparrow” Butina pleaded guilty this month to one count of conspiring to act as an unregistered foreign agent. The announcement came after the mainstream media’s front-page stories announced her arrest in July as a suspected Russian spy. The details and political implications of these Russophobic headlines were well covered in Aaron Mate’s recent article in The Nation. But further discussion is necessary to provide context and to clarify the significance of this latest precedent-setting slippery slope where the unintended consequences may turn out to be far worse than whatever it is Russia may have been doing. In Butina’s case, the potential consequences are even more mystifying, since she was only doing what the US government and numerous Western private foundations have spent millions of dollars promoting Russians to do: become active, create an NGO, and generate increased understanding between the two countries.

When Butina was born during the perestroika era, there was no such thing as an independent, registered NGO in Russia. Small, informal groups were starting to appear, such as “Diplomacy Through Families” in Novosibirsk that organized citizen-diplomacy exchanges, but NGOs as we now know them did not exist in the country. By the time she was a teenager, however, there was a whole infrastructure of legislation and funding in place to support NGOs, much of it established in partnership with Western institutions and organizations. In Siberia this process began in 1995 when US AID gave almost $2 million to support the expansion of a small NGO resource center into the Siberian Center and create a network of NGO resource centers in 11 regions across Siberia, including Butina’s home region of Altai. In addition to providing training, information, and legal advice, these centers were responsible for identifying NGO and government representatives to go on US study tours and organizing meetings for US government representatives visiting Siberia. Svetlana Chyrakova, director of the Altai NGO Resource Center, recently said of Butina’s case, “The situation is very sad. She was quite ambitious, very focused. In general, she wasn’t well known in the NGO world, I saw her at a Public Chamber meeting. She promoted unpopular ideas and projects, for example, the free sale of weapons.”

Altai is a conservative, agricultural region in Southern Siberia, and Butina is what the democratic-development world would call “a high-end result.” She attended a school with an intensive English- language program and entered the local university winning one of an ever-diminishing number of scholarship places. Majoring in political science, Butina participated in a wide range of activities that included being a founding member of the debate club, a Soros Open Society educational project in Russia. She also became involved in the “School of Public Policy” and other programs developed and supported by formerly jailed oligarch Mikhail Khodorkovsky and his Open Russia Foundation.

After graduating with highest honors, Butina worked as a youth organizer, program consultant to a local businessman/philanthropist, and eventually executive director for the local Rotary Club. She returned to her university for graduate school, was elected to the Altai Public Chamber, worked in journalism and business, but ultimately decided to commit herself to being an activist. Guns were a lifelong hobby, so in 2010 she founded the “Public Safety and Order” NGO that within a couple of years turned into the all-Russian “Right to Bear Arms” organization and she moved to Moscow. The organization sought to protect the rights of gun owners, relax gun regulations, and promote public-private partnerships in the arms field. According to a local activist, the next time she returned home it was to conduct a round table on the right to bear arms and “it is worth noting that the discussion was open and both supporters and opponents of legalization were expressed.” 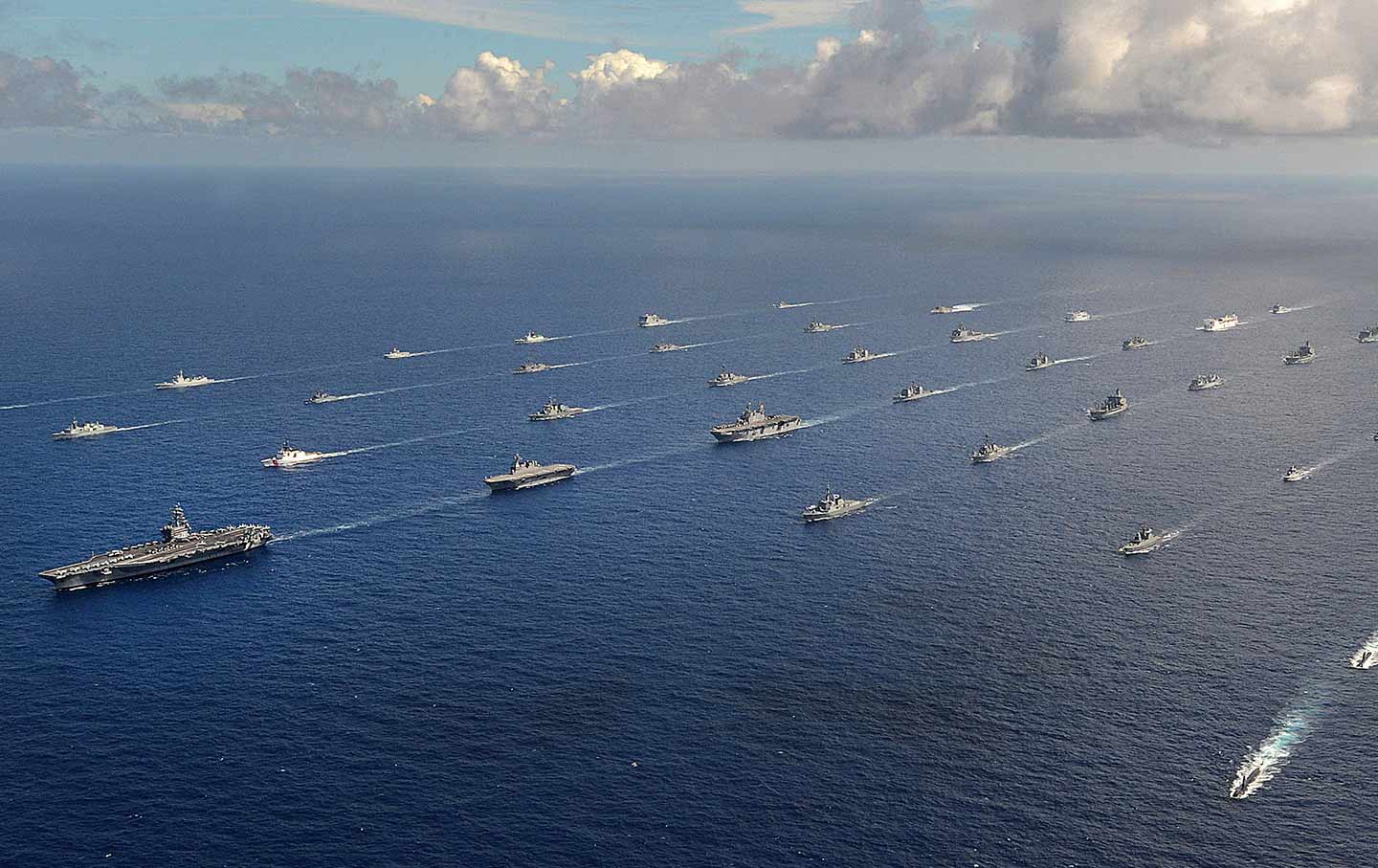 Bilingual NGO activists are rare in Siberia, so Butina’s career trajectory to Moscow was typical. It is also typical that she cooperated with and was supported by very wealthy Russians who shared her passion for promoting guns. Regardless of the financial support she was getting, liberalizing gun laws was going to be an uphill battle, because in Russia not only is the government against it, the issue is extremely unpopular among the people. A November 2012 survey by the “Public Opinion” Foundation indicated that 82 percent of Russians are against relaxing existing laws on gun ownership.

The usual path for bilingual activists promoting issues that are not a priority or not popular in Russia is to look for support in the West. It is standard procedure for more traditional-profile human-rights activists to work closely with Western NGO partners and meet with Western government representatives. The only thing unusual about Butina is that she was promoting gun rights, a conservative cause in America, so she surrounded herself with conservative politicians and the NRA; she supported pro-gun Trump; and she pushed for better relations between Russia and America. She has spent much of the last five months in solitary confinement because, as it turns out, she did not register as a foreign agent. Amid ever-growing alarm at the pariah status Russian activists are feeling from the country they respected as a development partner for years, this was a particular slap.

Altai NGO activist Chyrakova put it best when describing Butina’s situation: “Of course, what is happening now is completely absurd.” Russian NGO activists have been fighting against Russia’s Foreign Agent Law since it was signed into law in 2012. The US government, media, and academics have been equally vociferous in their objection to the law, which requires NGOs who receive foreign funding and are engaged in “political activity” in Russia to register as foreign agents. Once registered, they must submit additional reports to the Ministry of Justice and provide information about their status on all promotional materials. But a key issue has become the arbitrary application of this law: Human-rights and environmental groups have become primary targets, and some NGO resource centers have ended up on the list of “foreign agents,” while others with Western funding did not. Foreign Agent-status organizations can refuse Western funding and apply to have the status removed, but organizations that refuse to comply are fined and in some cases the fines are considerable.

Discussions about the current state of affairs between Russia and the United States tend to lean on tit-for-tat-based arguments that are ultimately unsatisfying when nothing less than the relations of two major nuclear powers are concerned. We have already seen how forcing Russian media outlets, such as RT America, to register as foreign agents in the United States inspired Russia to require some US media outlets in Russia, such as Voice of America and Radio Free Europe, to do the same. This precedent is dangerous, as dangerous as the gun-owners’-rights legislation that Butina has every right to promote. The collateral damage caused by targeting an NGO representative such as Maria Butina puts all NGO representatives and other citizen diplomats promoting peace, increased understanding, and an essential exchange of ideas and practices at risk of being arrested now in Russia as well as America.

Full disclosure: I was the founder of ECHO, the small NGO resource center that received the US AID grant through a US based organization, Fund for Democracy and Development.