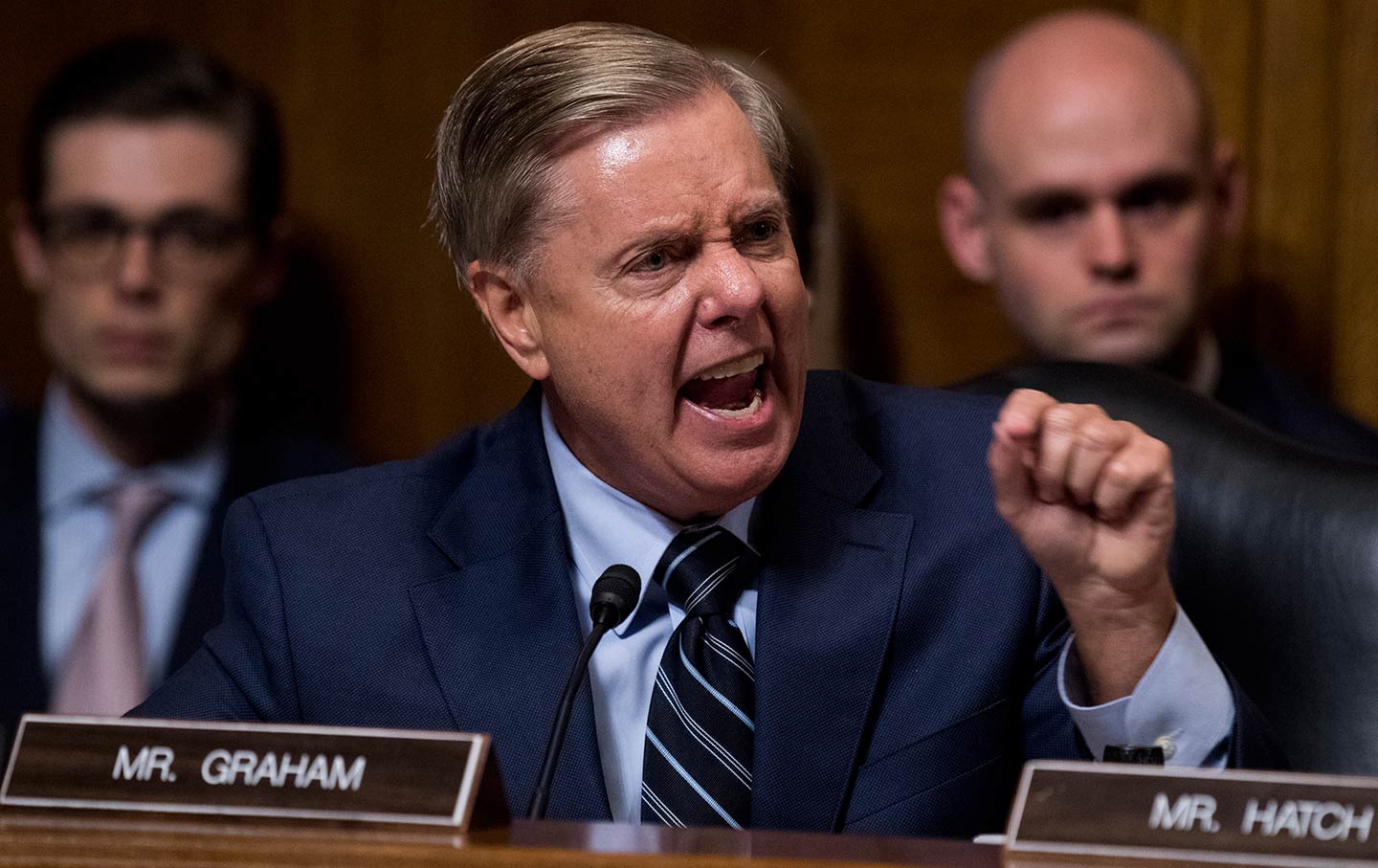 Listening to news reports over the last weeks, I have felt sadness and a deep sense of the absurd. As 1,600 migrant children were quietly transferred under cover of darkness to tent cities in the desert, I watched reports in which Donald Trump defended Supreme Court nominee Brett Kavanaugh by comparing him to George Washington—who, the president asserted, might also “have a couple of things in his past.” The next clip on the newsfeed was titled “Seal slaps man with octopus.” Somehow, the juxtaposition seemed apt.1

The Kavanaugh hearing has become a spectacle blocking all other light. The nation stopped and fell silent during Christine Blasey Ford’s testimony because it raised existential questions about the norms of teenage behavior, about class difference, and about the disproportionate power over women’s bodies wielded in clubby circles of privilege. Likewise, Kavanaugh’s own testimony provoked questions about men’s and women’s comparative expectations for self-composure; what it signals when men cry; and, most of all, what it means when a judicial candidate expresses explicitly partisan rage against “revenge”-seeking Democrats, “outside left-wing opposition groups,” and those acting “on behalf of the Clintons.”2

After each day of the hearings, I rode the bus home. For a hundred blocks, I overheard New Yorkers discussing the spectacle: teenage girls comparing their so-unhappy experiences at parties with drunken classmates; a conversation in Spanish about what Kavanaugh might rule if he were considering the indefinite detention of children; a pair of black mothers marveling at a country-club lifestyle in which “boys would be boys” without fear of police officers crashing the good times; three law students snorting at what they called Kavanaugh’s “originalist” meanings of “boof” and “devil’s triangle”; an elderly couple recalling that Strom Thurmond had waxed “quite righteously” during Clarence Thomas’s confirmation hearings in 1991, but that only after Thurmond’s death did it come out that he had fathered a child by his family’s 16-year-old black maid. “Wouldn’t that be statutory rape in today’s world?” asked the wife. “Not to mention child labor,” fretted the husband.3

Over the noise, I have been struck by the significant silences about procedural structure. Much has been made of the fact that this is a “job interview, not a trial,” where the formal or usual courtroom rules would apply. Fair enough—but Senate committees still have power as deliberative bodies charged with ensuring that judicial codes of ethics will be followed.4

Yet when Senator John Kennedy of Louisiana was asked what criteria he would use to evaluate Blasey Ford’s credibility, he responded, “That’s like asking me to explain the Holy Spirit.” It was a response that underscored the utter lack of a standard of proof by which the committee seemed to be proceeding.5

The Republican majority on the committee has displayed a peculiar resistance to a clear process. In their refusal to allow more facts and voices to be introduced, they effectively imposed a binary structure of “he said/she said.” Needless to say, it’s harder to prove any case if you cut out and thereby silence the potential corroboration of other witnesses.6

Moreover, in hiring Maricopa County prosecutor Rachel Mitchell to question Blasey Ford, the GOP committee members literally used a female body to shield themselves from “looking” insensitive and overbearingly male. In relentlessly pitching Mitchell as a “sex-crimes prosecutor,” they misleadingly hinted at the sort of process due in a full-fledged criminal trial. They did not mention that this would have required a more extensive investigation, including questioning material witnesses like Kavanaugh’s friend Mark Judge.7

At the final hearing, Kavanaugh complained—loudly—that “advice and consent” is being turned into “search and destroy.” It’s a catchy line, delivered with the zingy precision of a spitball in a high-school classroom. But “advice and consent” is a process: the constitutional mechanism designed precisely to inquire into and screen out judicial distemper. That senatorial duty doesn’t constitute a “calculated and orchestrated political hit” job, as Kavanaugh fumed.8

As Senators Chuck Grassley and Lindsey Graham shouted at Democrats for supposedly rendering the proceedings a “sham,” I was struck by how their high-volume unruliness contrasted with the hearings for Jeff Sessions’s nomination as attorney general in 2017. Back then, Senator Elizabeth Warren attempted to read a 1986 letter into the record from the late Coretta Scott King, who had asserted that Sessions lacked “temperament, fairness and judgment.” Senator Steve Daines of Montana cut her off. “I’m simply reading what [King] wrote about what the nomination of Sessions to be a federal-court judge meant, and what it would mean in history, for her,” Warren said. “You stated that a sitting senator is a disgrace to the Department of Justice,” he replied.9 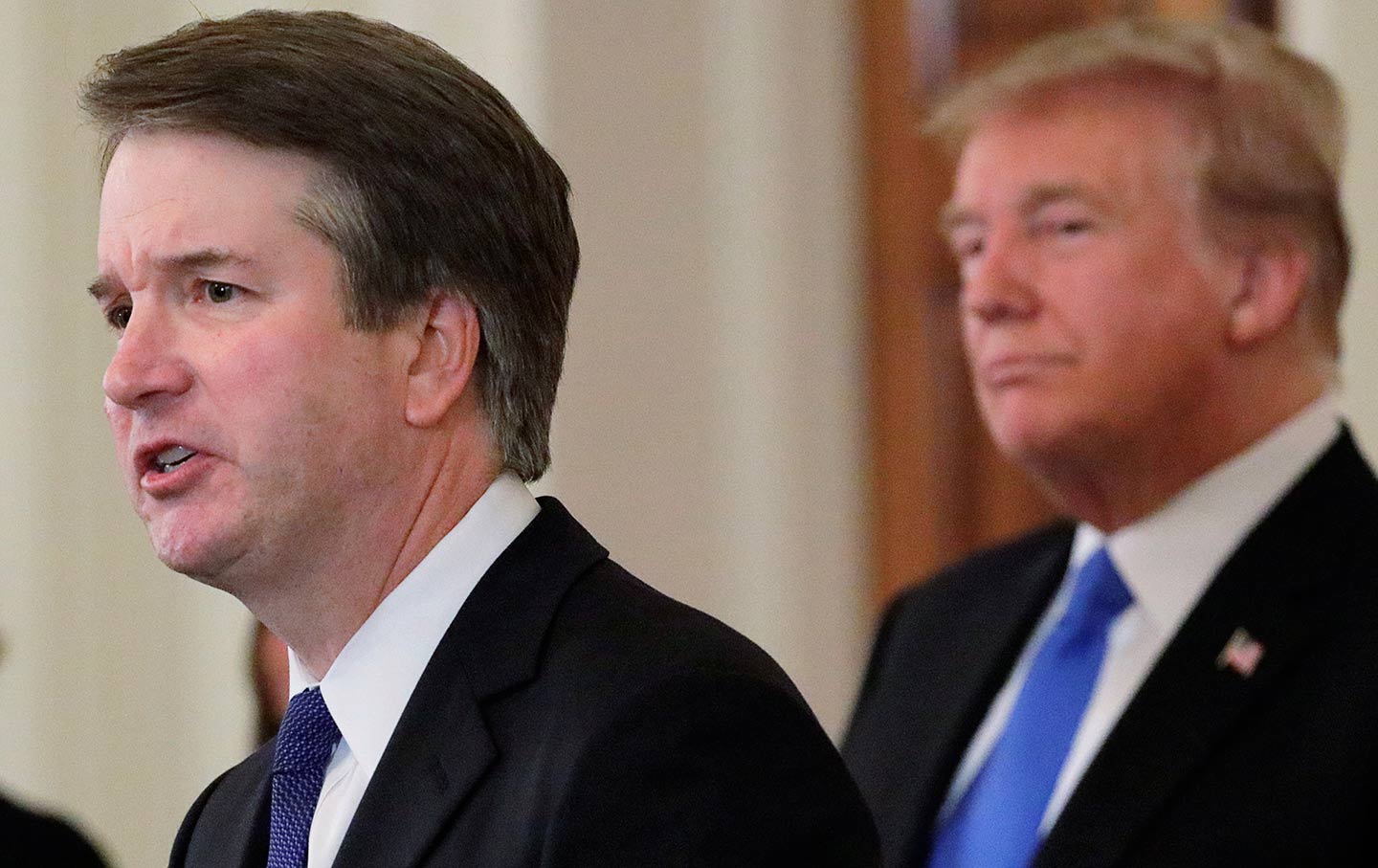 Daines and Senate majority leader Mitch McConnell formally censured Warren under Rule XIX: “No Senator in debate shall, directly or indirectly, by any form of words impute to another Senator…any conduct or motive unworthy or unbecoming a Senator.”10

There is such irony in this double standard about who may speak, who can shout, who has license to call out bias or an aggressive disposition in whom. Blasey Ford alleged that Kavanaugh’s laughter was the most searing element of their encounter. At least as troubling is her allegation that she endured that mirth with his hand clamped over her mouth. That violent image of silencing will live on as a chilling metaphor for all the other interests at stake in decisions over who will be granted hearing—and who left to suffer without.11