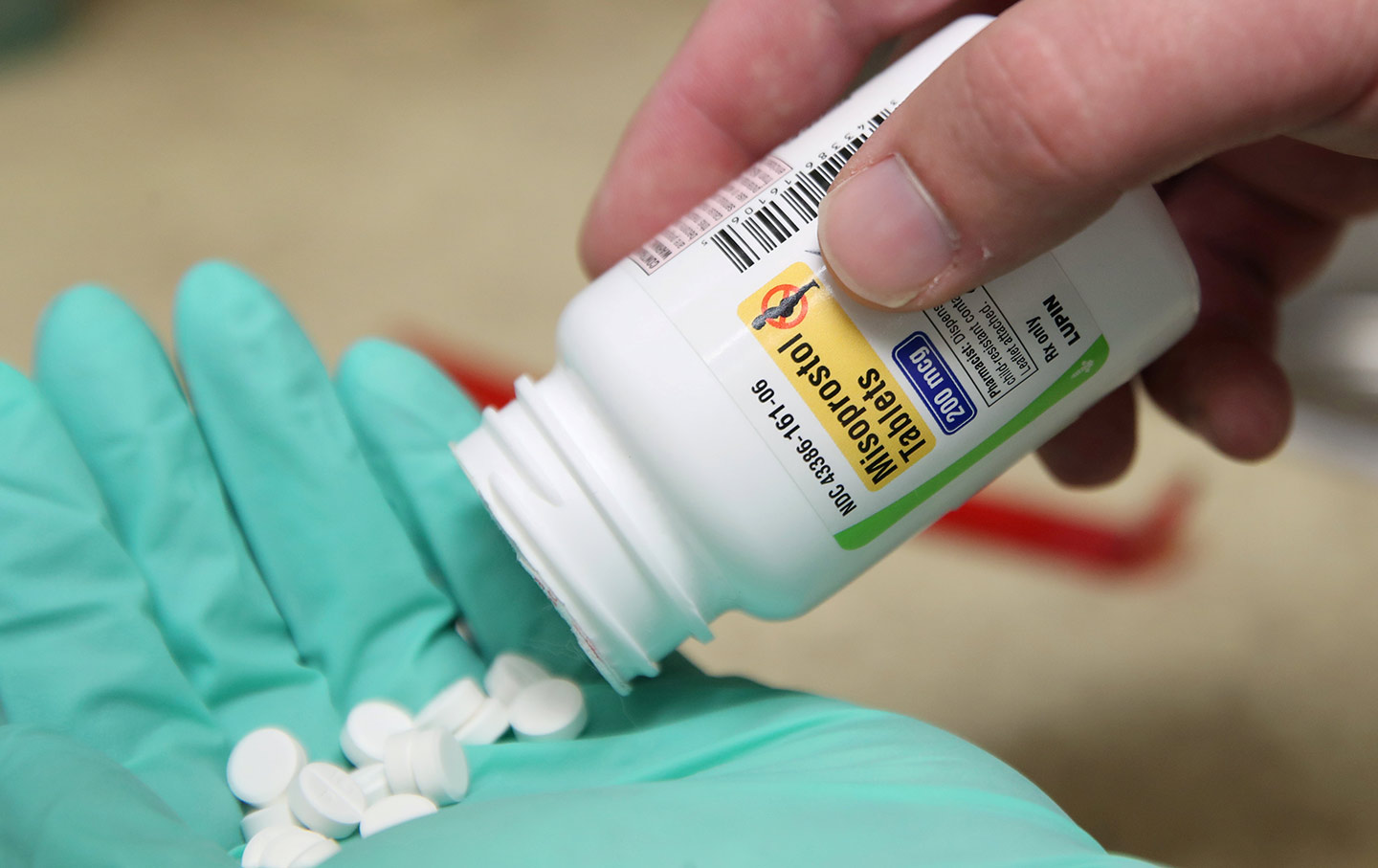 Misoprostol pills, which can induce abortion, are five to 10 times safer than Viagra, and you can find them easily on the Internet. (Reuters / George Frey)

The news that the Supreme Court will hear its first abortion case since Brett Kavanaugh replaced Anthony Kennedy has prompted many to wonder whether Roe v. Wade will finally, unfortunately, be overturned. The case, June Medical Services v. Gee, challenges a Louisiana law requiring clinic doctors to have admitting privileges at a nearby hospital. Sound familiar? In 2016 in Whole Woman’s Health v. Hellerstedt, the court struck down a Texas law over a similar requirement. You’d think that would have settled the matter, but no. The case is essentially the same, but the court is not.

Abortion-rights advocates have been warning about the end of Roe for decades. So far, they’ve been wrong, and they may be wrong this time too. Overturning Roe so close to the elections would hurt Republicans. A June NPR/PBS NewsHour/Marist poll found that 77 percent of Americans support Roe, even if they’d like more abortion restrictions.

That means that from a practical anti-choice point of view, it makes more sense to preserve Roe on paper while permitting regulations that close clinics, harass providers, and put women through hell. Barring a federal ban, the court could keep Roe and still essentially enshrine in law the patchwork map of abortion rights that Roe was meant to end. In fact, we’re well on our way there already. Six states have only one clinic each: Kentucky, Mississippi, Missouri, North Dakota, South Dakota, and West Virginia. Since the Republican triumphs of 2010, nearly 400 restrictions have been passed in state legislatures. At the same time, a few blue states—including Maine, California, and New York—have increased abortion access.

If the Kavanaugh court upholds the restriction at issue, it will be open season on clinics—not to mention on women. More women will have to travel long distances to find a clinic, with prohibitive expenses for transportation, hotel accommodations, child care, and lost work. They will face more risks from abusive partners or family and more shaming from anti-choicers, because it’s not that easy to keep a long trip secret. New York City and Austin, Texas, have allotted funds to help. Abortion funds, which pay for low-​income women’s procedures, are doing heroic work, as are funds like the Brigid Alliance and Fund Texas Choice, which pay and arrange for travel. Readers should donate whatever they can to these wonderful volunteer groups. But there’s only so much they can do even now, let alone in the tidal wave of need that is likely to come. 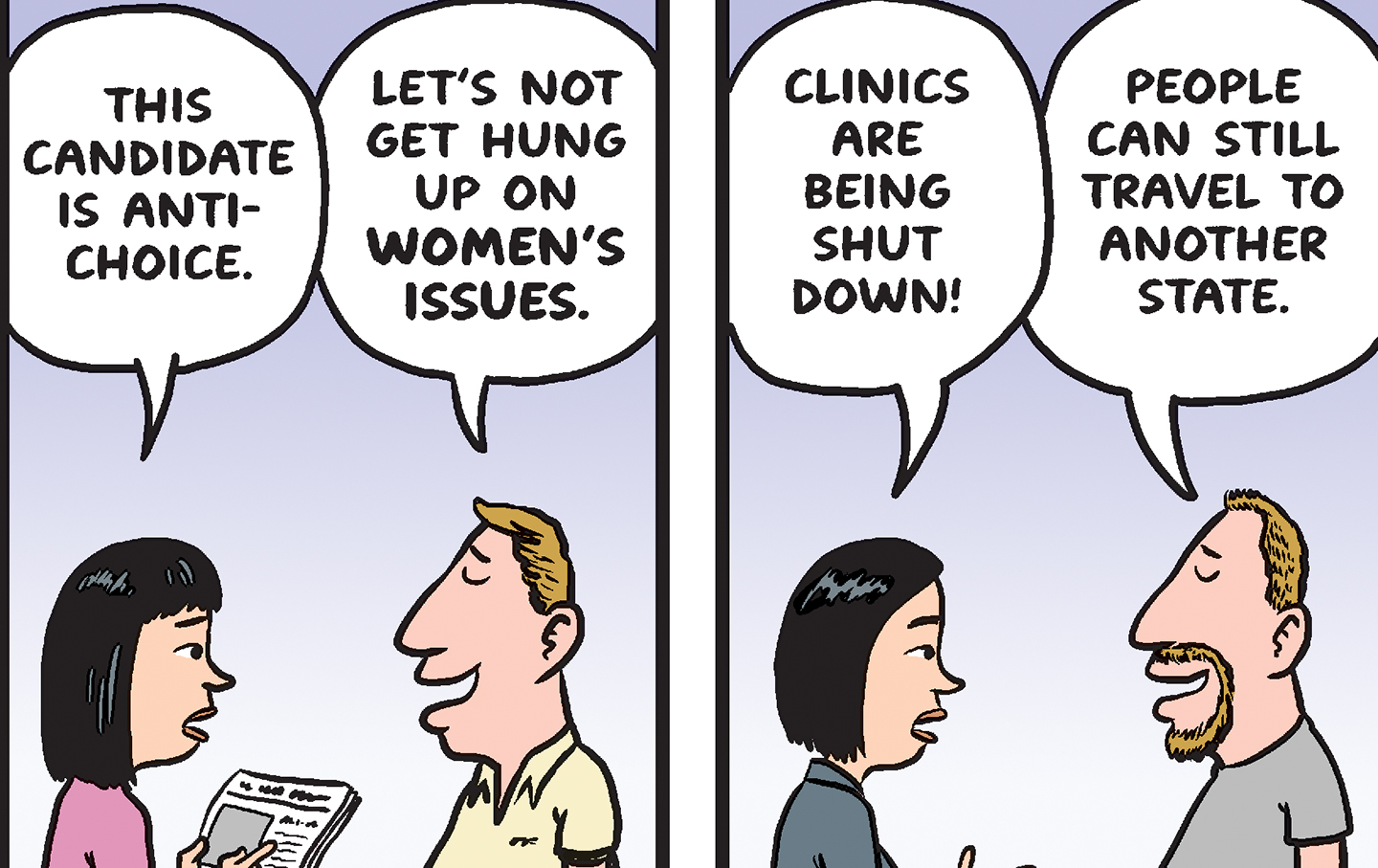 End of the Roe

Pro-choicers often warn of a return to the bad old pre-Roe days. In some ways it might be worse: Anti-​abortion propaganda has raised the status of the fetus much higher than it was pre-Roe. Before legalization, abortion was widely practiced and tacitly condoned. It’s unclear whether even one woman was incarcerated in the United States for ending her pregnancy in the roughly 150 years abortion was a crime, and providers were rarely punished unless a woman died. Today abortion is a political flash point, defined as murder by a militant and highly effective organized anti-abortion movement. Anti-​abortion leaders say they will never punish women for having an abortion, but we have already seen women charged with various crimes for miscarriages and stillbirths tenuously connected to their conduct during pregnancy and sometimes convicted under arcane laws for self-abortion.

In one important way, though, we won’t be revisiting the past. The coat hanger, that dread symbol of the dangerous methods many women used pre-Roe, has largely been replaced by pills: mifepristone and misoprostol, the same medications used in clinics to end an early pregnancy, or misoprostol alone, which is 75 to 85 percent effective. Abortion pills are five to 10 times safer than Viagra, and you can find them easily on the Internet, despite the FDA’s attempts to prevent online pharmacies from selling them.

They produce a miscarriage indistinguishable from a natural one, so in the unlikely event you need to go to an emergency room, your secret is safe. American women are already seeking out these pills. In the month after Trump’s election, there were more than 200,000 US Internet searches for self-managed abortion. Pills can’t replace clinics entirely, but they may provide some reprieve should the Supreme Court’s right wing have its way.

In Ireland, where the near-total ban on abortion was repealed in a 2018 referendum, self-managed abortion helped change people’s minds. Voters saw that abortion could not be stopped; when the postal service impounded suspicious packages, women had the pills mailed to different addresses or obtained them by hand from underground networks. Goretti Horgan, a socialist feminist campaigner and professor at Ulster University, has been working for years to legalize abortion in Northern Ireland. (The procedure is illegal there, except in cases of grave danger to the woman’s life.) The use of pills is very widespread here,” she told me, “and there is just no way to stop it.” As in Ireland, pills have played an important role in building support for decriminalization, which seems imminent, unless the two major parties can put together a last-minute power-sharing agreement. “People saw that even when they face prosecution, desperate women will do anything to stop a pregnancy.”

Recent studies show that about 1,000 Northern Irish women traveled to England for legal clinic terminations last year and about 700 ordered illegal pills at home in 2017. If enough women deprived of legal abortion turn to pills rather than keep unwanted pregnancies, will Americans, too, see that abortion is unstoppable and force politicians to legislate accordingly? “You mustn’t get too upset about the makeup of your court,” Horgan said cheerfully, recalling how in 1992 massive demonstrations made the Supreme Court reverse a lower court ruling barring Miss X, a 14-year-old rape victim, from going to England for a termination.

In the end, Horgan said, the status of abortion will come down to people power—and maybe some pill power too.