Advocates for children and civil rights who have not yet given up entirely on the struggle to break down the walls of racial isolation in our public schools may want to take a good hard look at Joe Biden’s shameful record on school segregation. Despite his recent effort to allay concerns about that record, it cannot be expunged or easily forgiven.

In an education-policy proposal released by his campaign on May 28, Biden briefly spoke of encouraging diversity by giving grants and guidance to districts that are willing to pursue it. But he said nothing to disown his long history as a fierce opponent of school busing and a scathing critic of the Supreme Court’s decision in Brown v. Board of Education.

“We’ve lost our bearings since the 1954 Brown v. School Board desegregation case,” Biden said in 1975, in an interview that he gave to a newspaper in Delaware that was recently unearthed by The Washington Post. “To ‘desegregate’ is different than to ‘integrate.’”

In the interview, which captured an early unfiltered Biden, today’s Democratic front-runner picked through a grab bag of anti-integration canards to make his case against busing—among them, the idea that a school where children of different races or multiple ethnicities sit in class together is doomed to be inferior. “The real problem with busing,” he said, “is that you take [white] people who aren’t racist, people who are good citizens, who believe in equal education and opportunity, and you stunt their children’s intellectual growth by busing them to an inferior school.” For him, it seems, the stunting of black children’s growth in the savagely unequal and deliberately segregated public schools I’ve been describing for years did not elicit the same sense of alarm.

Nor did Biden stop there. With bald disregard for centuries of American history, he said, “I do not buy the concept, popular in the ’60s, which said, ‘We have suppressed the black man for 300 years and…in order to even the score, we must now give the black man”—no reference to black women—“a head start or even hold the white man back.… I don’t buy that.”

He concluded, “I oppose busing. It’s an asinine concept, the utility of which has never been proven to me. I’ve gotten to the point where I think our only recourse to eliminate busing may be a constitutional amendment.”

Crucially, Biden didn’t just talk the anti-busing talk. He also took a leading role in fighting what he called “unnecessary busing” by pushing bills that would have forced the federal government to consider other ways of equalizing education—ways that would not have required what old-fashioned bigots used to call race mixing. In a series of letters, recently released by CNN, that he wrote to Dixiecrat Senator James Eastland in 1977, Biden expressed thanks to Eastland for supporting anti-busing legislation that Biden introduced.

“I want you to know that I very much appreciate your help…in attempting to bring my anti-busing legislation to a vote,” he wrote the Mississippi Democrat, a virulent opponent of civil rights who frequently referred to black people as “an inferior race.”

Biden, moreover, did not simply reinforce the efforts of Southern segregationists. He also took a decisive role in fueling opposition to desegregation efforts in Northern states and providing Northern liberals with a convenient rationale for joining him in these attempts. In a stunning piece of reportage in Politico in 2015, historian Jason Sokol surfaced Biden’s argument that busing children for the sake of integration was an insult to black people because it implies that they “have no reason to be proud of…their own culture” and cannot learn unless they’re sitting next to a white child. By dragging out this chestnut, Biden sought to turn the tables on Senate integrationists.

Biden also argued that de facto segregation in the Northern cities, unlike de jure segregation in the South, could not be used to justify court-ordered busing programs because there was no evidence that it was the consequence of governmental practices. In depicting Northern segregation as a matter of mere demographic happenstance and denying that it was occasioned by political intention, “Biden’s logic,” according to Sokol, “allowed the political center-left to coalesce around this brand of opposition” to school busing.

Senator Ed Brooke, a liberal Republican who served two terms representing Massachusetts and was the sole black member of the Senate at the time, was outraged by Biden’s stance. “Perhaps,” says Sokol, “Brooke foresaw the new political consensus that would take shape in the ensuing decades: Liberals would pay homage to the civil rights movement and its dream of integration, but refrain from championing the legislation that would make that dream a reality.”

Biden has made no apologies for his willingness to rip apart the final remnants of the legacy of Brown at a seminal moment in our nation’s history. As The Washington Post candidly surmised, his “decision to stand by his views on the issue illustrates what some of his supporters think would be his advantage in the 2020 field: his ability to appeal beyond his Democratic base to some white working-class white voters who voted for Donald Trump in 2016.” This may seem smart strategy to some. But it reeks of cynical contempt for social-justice values, even if his strategists attempt to dress it up as nothing more than shrewd consensus building.

Like other careful centrists, Biden threads the needle on the subject of diversity by saying that he favors it in principle, even in the face of his decades-long resistance to letting children climb onto a bus in order to achieve it. This is simply doublespeak. In a nation where residential segregation and unabated patterns of redlining have guaranteed the seemingly eternal sequestration of black and Hispanic children in poorly funded schools within their communities, Biden’s many years of strident opposition to letting children ride the good old yellow bus represent a throwback to the age of Plessy v. Ferguson.

All over America, every morning, we see the blinking lights of yellow buses picking up schoolchildren. At 2 or 3 pm, we see the lights again as the buses return the children to their neighborhoods, the departing kids waving to their friends. Some of those buses, unbeknownst to Biden, apparently, are taking children of color out of virtual-apartheid schooling districts into richly funded schools in affluent communities.

A longtime friend of mine and co-worker in civil rights, Julia Walker, 86, whose kids and grandkids rode the bus from inner-city Boston to well-funded suburban schools, thanks to an interdistrict integration program that she helped to fight for starting more than 50 years ago, looked at Biden’s language and made an observation that activists for civil rights have made for many decades. “It’s not the bus. It’s the color of the children that it’s bringing to your neighborhood,” she said. 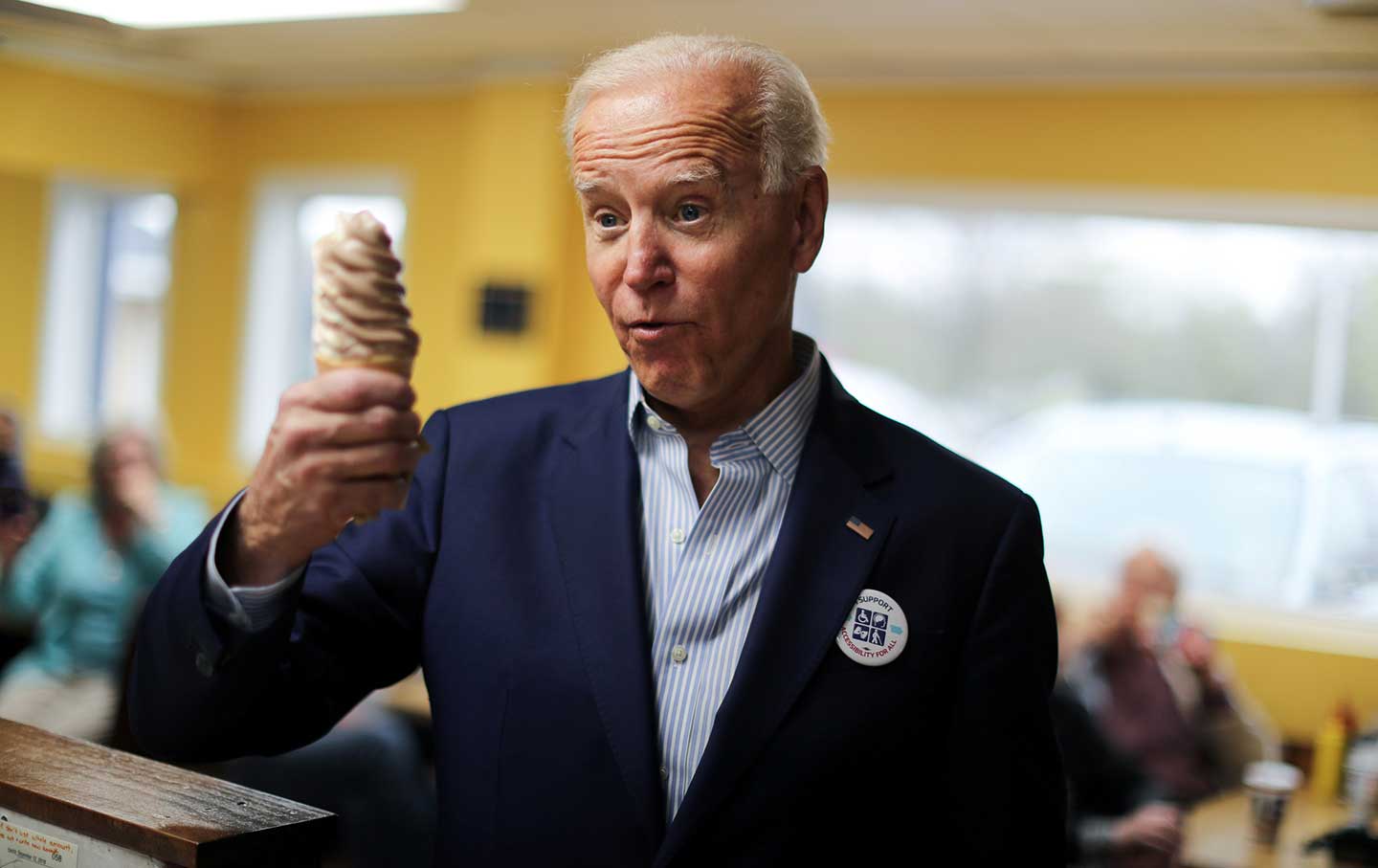 The program that she and other activists and leaders in Boston’s black community struggled to make possible, known as METCO, is the longest-running program of its kind in the nation. It serves more than 3,000 children who ride the bus to more than 30 suburbs and have a graduation rate of approximately 95 percent. It’s always had its critics among those who share Joe Biden’s views, but not among the thousands of families of color whose kids have been on waiting lists to get into the program and not among the many teachers, like me (I taught in the program for two years), who have seen its students go on to higher education and then into professional careers or leadership positions in the business world.

Several of the children I came to know in the first years of the program became teachers—frequently the first black teachers—in the same school districts they attended or in other districts in the Boston area and helped to build the structures of multicultural support that are essential features of good integration programs. An enlightened nation would not turn its back on this kind of program but would see it, for all its imperfections, as a realistic model for a more extensive metro-wide desegregation effort in which no kids of color are left to sit on waiting lists until their childhood is over and their parents’ dreams of equal education have been lost forever.

Bitterly enough, the tide seems to be turning in the opposite direction. Political elites in Massachusetts, instead of working to expand the program, have frozen it for several decades at its present level, while many programs like it elsewhere in the nation have been phased out. A president who champions school desegregation, with no reservations about the only present way in which to make it possible, could reignite the sense of ethical imperative that inspired programs such as METCO more than half a century ago. Biden is not likely to be that kind of president.

Unlike Bernie Sanders, who recently proposed a Thurgood Marshall Plan for public education that calls for a renewal and expansion of desegregation plans by means of transportation, Biden still believes his original position was correct and, according to one of his aides, Bill Russo, sees no reason to revise it. No matter how he tries to blur the edges of his past or present beliefs, no matter how he waffles in his language in order to present himself as some kind of born-again progressive, Biden has not shown that he can be trusted to confront our nation’s racist past and one of its most urgent present needs.

As the mainstream media repeatedly reminds us, Biden is a likable man in many ways. Even his critics often speak about his graciousness. But his likability will not help Julia Walker’s grandkids and her great-grandchildren and the children of her neighbors go to schools where they can get an equal shot at a first-rate education and where their young white classmates have a chance to get to know and value them and learn from them, as children do in ordinary ways when we take away the structures that divide them.