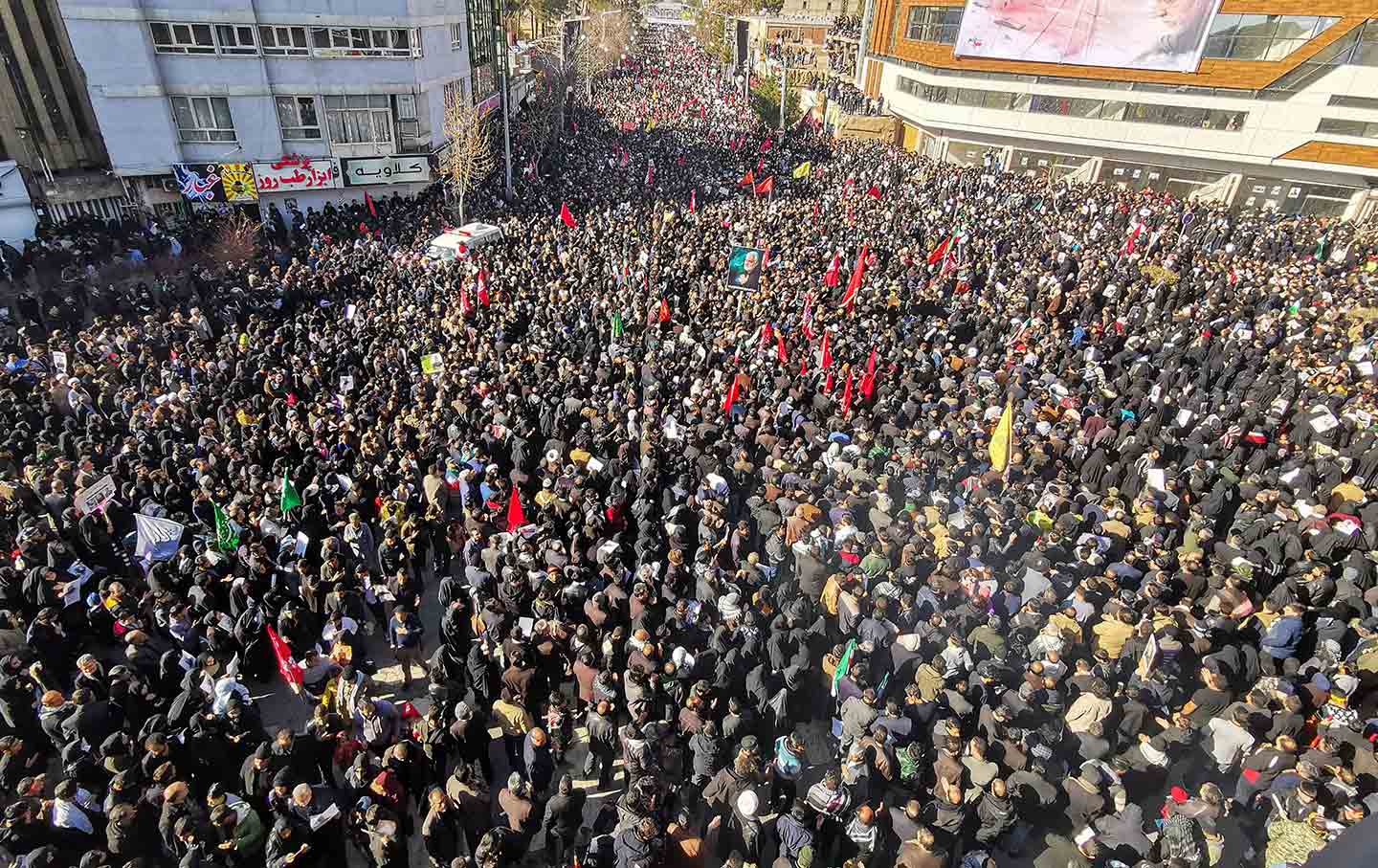 Are we really ready to consider all of these people the enemy? (Photo by Atta Kenare / AFP via Getty Images)

The United States is now effectively at war with Iran. That the assassination of Maj. Gen. Qassim Suleimani—not merely an escalation but an act of war—took place on Iraqi soil is no more relevant, or likely to keep the hostilities confined to that country, than the fact that the assassination of Archduke Franz Ferdinand happened in Bosnia.1

When future historians debate the cause of this war, it will surely be relevant to note the hollowness of the Trump administration’s claim that the Iranian general—whose killing was considered and rejected by both George W. Bush and Barack Obama—posed an imminent threat to American lives or interests. Though far from an apostle of peace, Suleimani had no more blood on his hands than the Saudi tyrant Mohammed bin Salman or Philippine President Rodrigo Duterte, both of whom were invited to the Trump White House. Donald Trump’s decision to withdraw from the Iran nuclear deal (JCPOA) was a crucial factor in escalating the hostilities, but so was Bush’s post-9/11 decision to include Iran, whose Islamic government had been cooperating with the United States in the aftermath of the attacks, in the “axis of evil.”2

This made it painfully ironic to see David Frum, the neocon pundit and Bush speechwriter who coined that phrase, warning that war with Iran “terrifies the imagination.” Yet Frum is only half right. It’s true that by comparison, the Iraq War (a catastrophe that left hundreds of thousands dead, destroyed a country, destabilized the Middle East, and turned Iran into a regional superpower) “looks like a masterpiece of meticulous preparation.” But describing our current situation as teetering on the edge of a precipice is far too optimistic. We are already deep in the bloody jaws of disaster. What matters now is getting out—as quickly as possible.3

The next move belongs to Iran, where only last month widespread demonstrations were brutally suppressed by the government and whose streets, thanks to Trump, are now filled with millions demanding revenge for the death of Suleimani. The Trump administration’s claim that the 2002 Authorization for Use of Military Force (AUMF) licenses this assassination is just another lie. But any Iranian response that involves the death of Americans is likely to result in a new AUMF, passed by a Congress that has repeatedly proved supine when it comes to reining in presidential war-making power.4

Which makes recent efforts by Representative Ro Khanna and Senator Bernie Sanders to pass a bill withholding funds for any war against Iran without congressional authorization necessary—but far from sufficient. Congress must exercise its constitutional authority to stop further aggressive actions that threaten the stability of the entire region.5 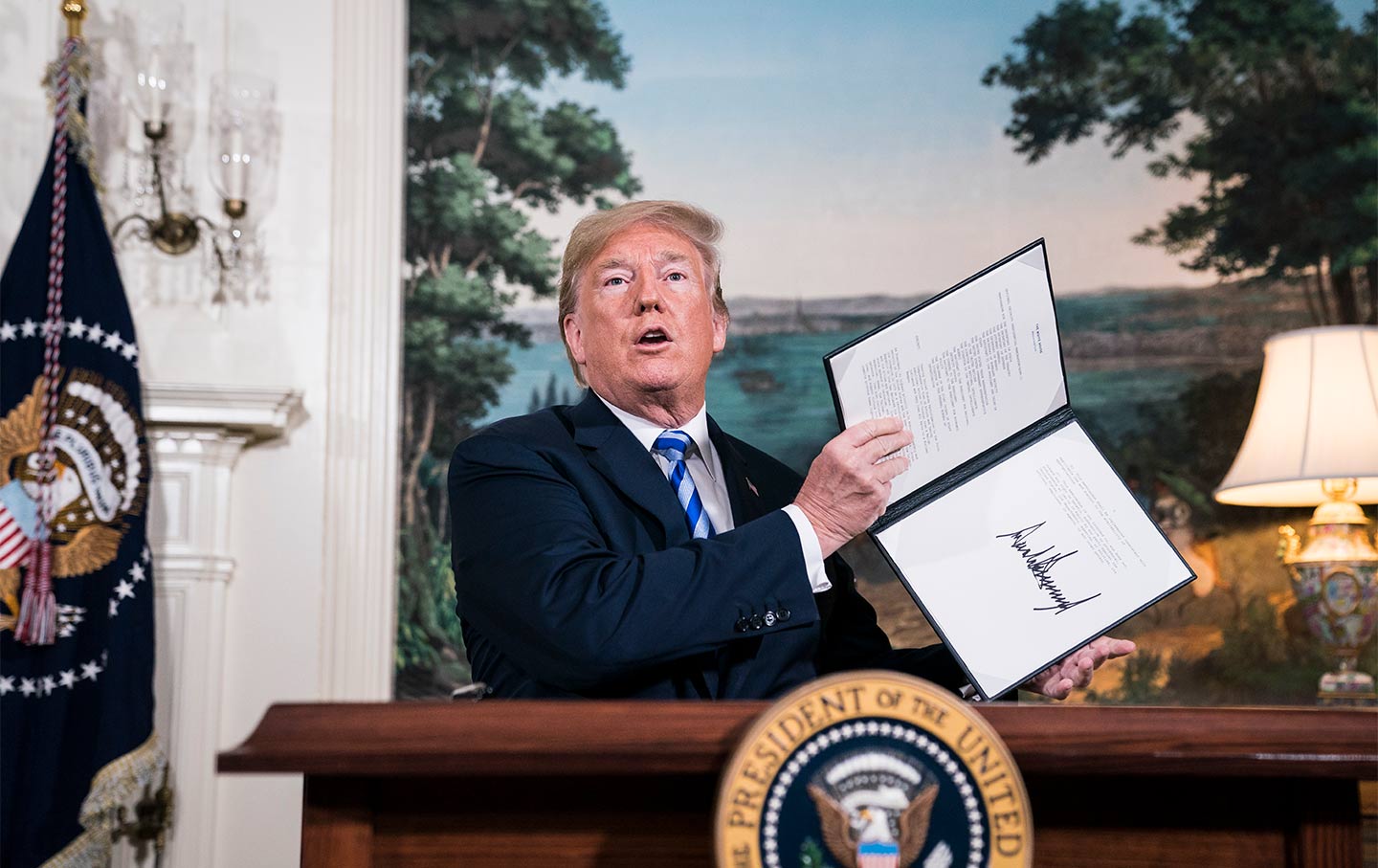 The Assassination of Suleimani Escalates the Threat of War

However, with Iran now suspending its commitment to the JCPOA and both sides poised to escalate, the current situation is far too dangerous to rely on Congress alone. We need fresh thinking and bold action.6

Instead of resisting the Iraqi parliament’s demand that US forces withdraw from that country, Americans should welcome it. Trump promised an end to our endless wars; now is the time to make him keep that promise and bring our troops home, including the 3,000 the Pentagon just added. Supporting such a withdrawal should be a minimal expectation for any Democratic candidate for president.7

This war is a test, and not just of leadership. Vietnam was a small country with little strategic importance or impact on the global economy, yet the US war there consumed a generation and cost millions of lives. If the war with Iran becomes a regional conflagration, its effects will be felt far beyond the Middle East and beyond the troops who make up our volunteer armed forces. For all of us—but especially the young, who will have to pay the highest price in blood, economic disruption, and environmental disaster—now is the time to take to the streets and stop this war. Because this is a test we dare not fail.8