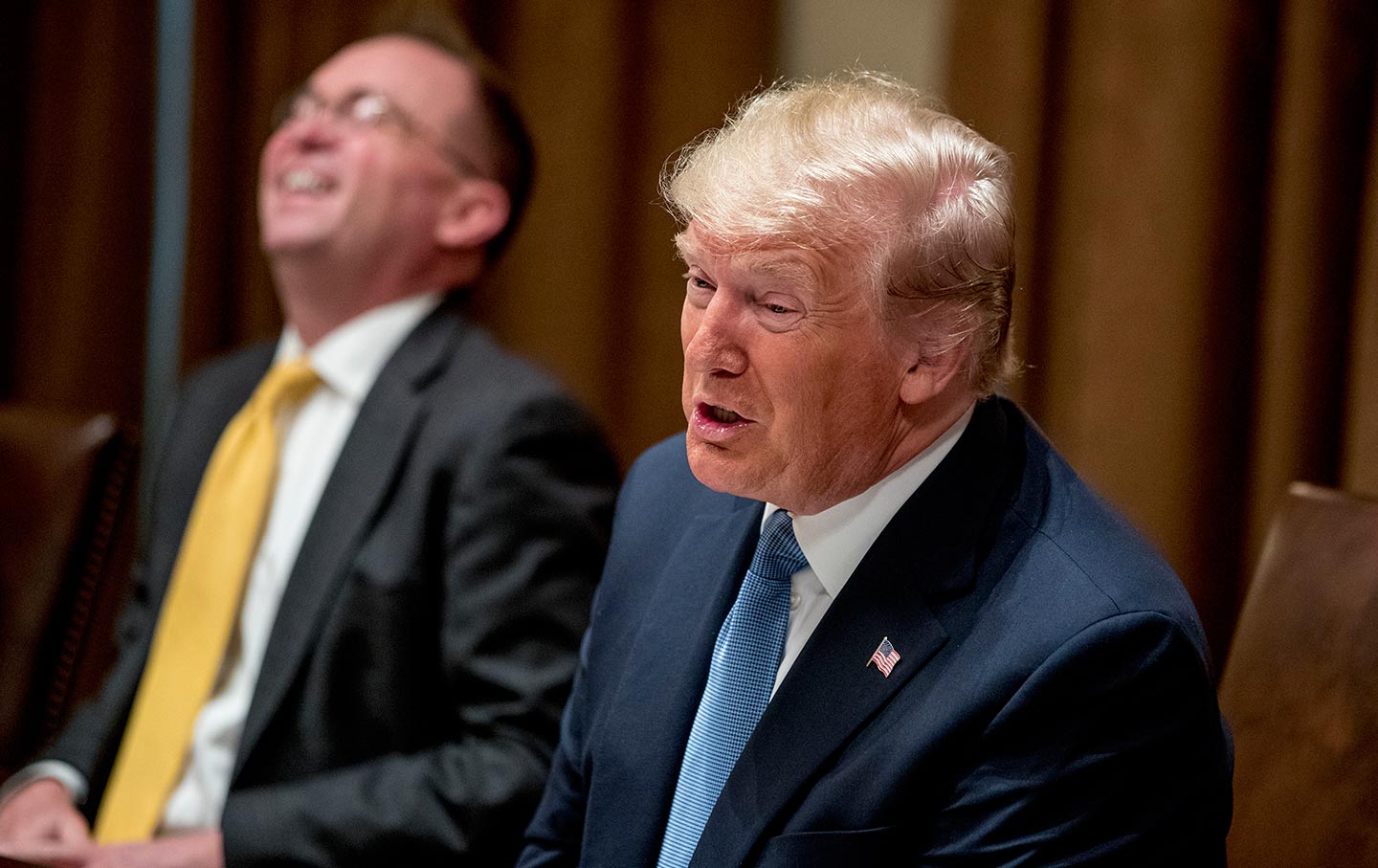 The impeachment process is at a standstill. On Wednesday, December 19, the day after the House voted to impeach President Trump, Speaker Nancy Pelosi made a surprise announcement that she was withholding the sending of the articles of impeachment to the Senate. Pelosi’s actions were a response to the fact that Senate majority leader Mitch McConnell was foreclosing a fair trial by promising to stay in lockstep with the White House on impeachment and by blocking key witnesses from testifying.

Conservative critics were quick to dismiss Pelosi’s move as a stunt that was unlikely to yield results. Writing in The Washington Times, Matt Mackowiak argued that “the House has no leverage in the Senate as Majority Leader Mitch McConnell answers not to Mrs. Pelosi but to the 53 Republican senators who make up his conference.”

But even if we stipulate for the sake of argument that Senate Republicans will remain rock-solid as Trump’s political bodyguards, the impeachment logjam is still a potent weapon. For one thing, it angers Trump because it denies him any vindication in the Senate. As Maggie Haberman of The New York Times tweeted after Pelosi’s announcement, “POTUS lawyers are looking at various options for proceeding if House doesn’t send articles of impeachment to the Senate. POTUS doesn’t want it to be left hanging that he was impeached and nothing was done by Republicans to defend him in the Senate.”

Beyond goading Trump, the impeachment gridlock allows the investigation of Ukrainegate to continue in other venues. McConnell can block witnesses from testifying before the Senate, but he can’t prevent the leaking of damaging information to the media. The longer impeachment exists in a state of limbo, the more information about Trump’s activities can come to light in the press.

Continued leaking of damaging information gives Democrats an opportunity to recast impeachment as not just a matter of Trump’s Ukraine policy or his corruption of his office for political ends, but also a scandal that implicates Republicans a whole.

On Sunday, The New York Times published an important report that deepened our understanding of how many Trump administration figures had a deep awareness of Trump’s efforts to use funding for Ukraine as a cudgel for partisan political ends. Acting White House Chief of Staff Mick Mulvaney, in particular, comes across as a key enabler, someone who was aware enough that what Trump was doing was wrong that he tried to avoid key events where he could be a witness.

According to the report, “Mr. Mulvaney is said by associates to have stepped out of the room whenever Mr. Trump would talk with Mr. Giuliani to preserve Mr. Trump’s attorney-client privilege, leaving him with limited knowledge about their efforts regarding Ukraine.” In the time-tested manner of Sargeant Schultz from the old sit-com Hogan’s Heroes, Mulvaney is in a state of happy faux-ignorance that allows him to say, “I see nothing! I hear nothing!”

According to the Times, “Mr. Trump’s demands sent shock waves through the White House and the Pentagon, created deep rifts within the senior ranks of his administration, left key aides like Mr. Mulvaney under intensifying scrutiny—ending only after Mr. Trump learned of a damning whistle-blower report and came under pressure from influential Republican lawmakers.”

As the paper also reports, “Opposition to the order from his top national security advisers was more intense than previously known. In late August, Defense Secretary Mark T. Esper joined Secretary of State Mike Pompeo and John R. Bolton, the national security adviser at the time, for a previously undisclosed Oval Office meeting with the president where they tried but failed to convince him that releasing the aid was in interests of the United States.”

This reporting clinches the case for demanding that the Senate secure testimony from Mulvaney, Espers, Pompeo, and Bolton. They are all material witnesses to the actions that led to impeachment. The fact that the White House is blocking their testimony is itself proof of obstruction of justice.

Senate minority leader Chuck Schumer cited The New York Times article and tweeted, “Every Republican Senator must read this and then explain why they would oppose our reasonable request for witnesses and documents in the Senate trial. This makes the choice even more clear: Will the Senate hold a fair trial, or will it enable a cover-up?”

This is a bolder condemnation of McConnell than Schumer has previously allowed himself. It should be made more explicit as the Democratic rallying cry: McConnell is actively covering up Trump’s crimes.

This argument should be addressed not just to voters but also to the press. As Greg Sargent of The Washington Post observes, the media is all too prone to treat impeachment as “a conventional Washington standoff—one that portrays both sides as maneuvering for advantage in an equivalently political manner.”

Highlighting the facts presented in The New York Times report, which make the case for calling witnesses almost impossible to dispute, is one way to combat this reflexive tendency.

The current deadlock also offers an opportunity to recast impeachment into a bolder and broader indictment. Beyond Trump’s own actions, the Republican Party’s unthinking defense of the president should itself be a scandal. The longer impeachment goes on, the more visible this scandal becomes.