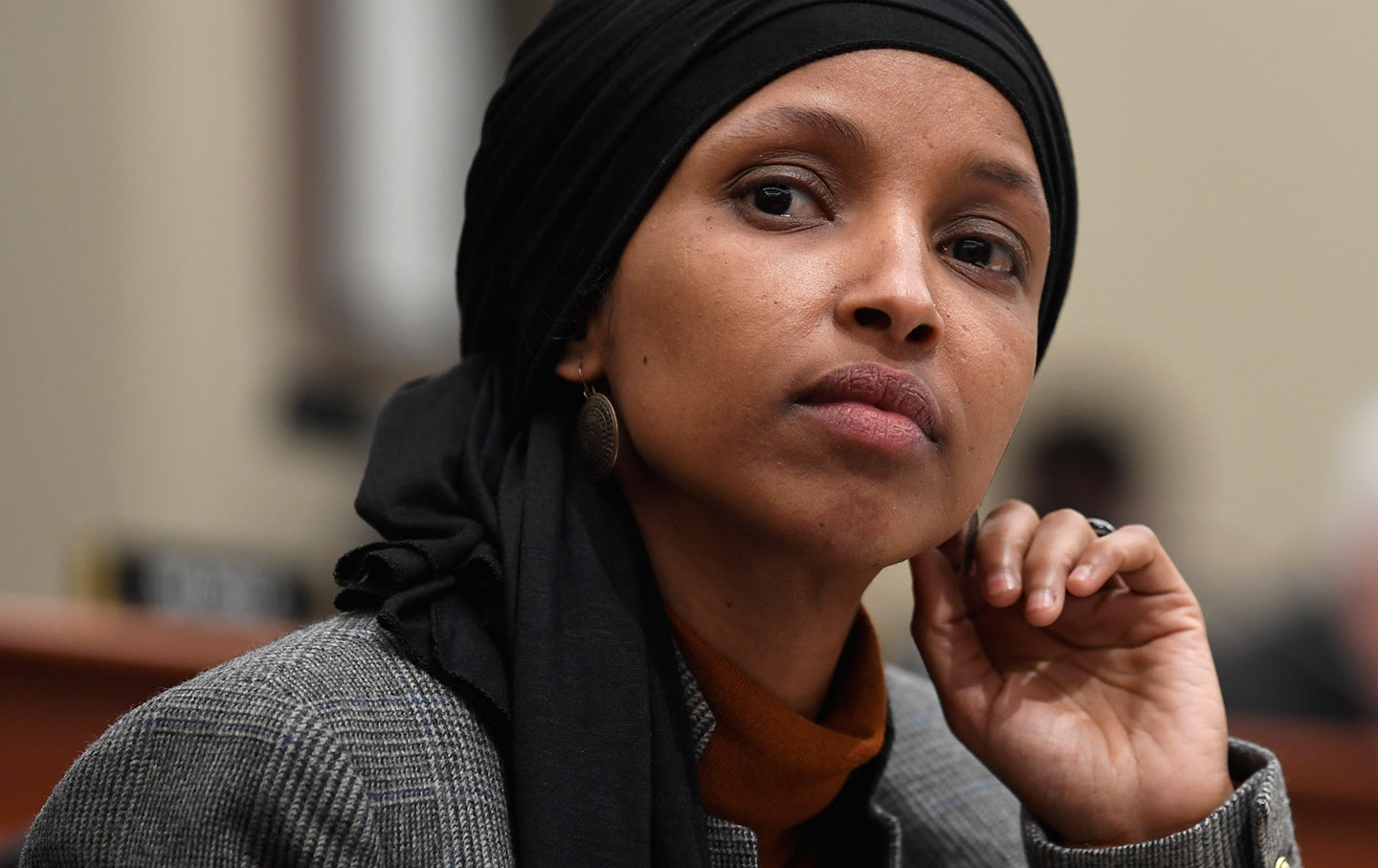 What’s wrong with this picture?

Back in February, Representative Ilhan Omar tweeted that American political leaders’ support for Israel was “all about the Benjamins baby”—a Puff Daddy quote that some were quick to condemn as invoking the anti-Semitic theme of Jews buying influence. The freshman congresswoman, who came to the United States as a refugee from Somalia at the age of 12, quickly issued an unequivocal apology, saying she was “grateful for Jewish allies and colleagues who are educating me on the painful history of anti-Semitic tropes.”

A couple of weeks later, after a town-hall meeting at Washington’s Busboys and Poets, where Omar remarked that she wanted “to talk about the political influence in this country that says it is OK for people to push for allegiance to a foreign country,” Omar’s opponents accused her of claiming American Jews had a “dual loyalty”—another vintage anti-Semitic trope. Even though she was clearly referring to the pressure she herself felt as a member of Congress and a supporter of Palestinian rights, that didn’t stop the House Democratic leadership from moving a resolution that, while it didn’t mention Omar by name, was clearly aimed at her.

Yet, by the time that House resolution came to a vote, the text condemned both anti-Semitism and anti-Muslim bigotry as “hateful expressions of intolerance”—along with white-supremacist attacks “targeting traditionally persecuted peoples, including African Americans, Latinos, Native Americans, Asian Americans and Pacific Islanders and other people of color, Jews, Muslims, Hindus, Sikhs, the LGBTQ community, immigrants, and others.” When the resolution passed by a margin of 407 to 23, with almost the entire Democratic delegation, including Omar, voting in favor, some of the same commentators who’d condemned the Democratic leadership for “smearing” Omar now decided the episode had ended happily after all. 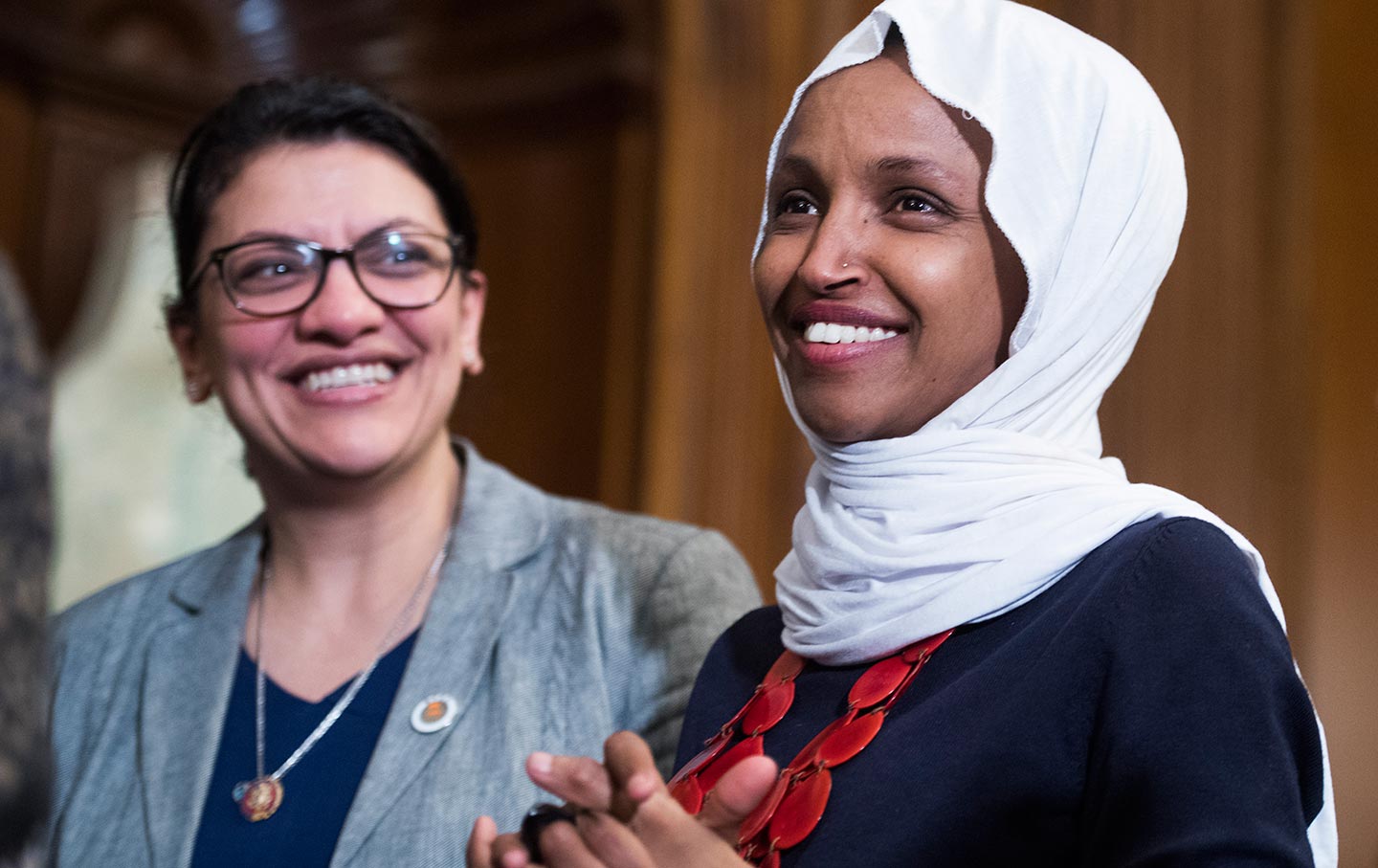 Really? Yes, in the face of massive pushback from the left, from the Congressional Black and Progressive caucuses, and from many Jews—including Bernie Sanders—and even some Israelis, Speaker of the House Nancy Pelosi and majority leader Steny Hoyer changed tack. And yes, groups like Jews for Racial & Economic Justice and Jewish Voice for Peace worked heroically to turn the episode into a teachable moment. And, so far at least, Representative Omar has neither backed down nor retreated into bitterness. But her public ordeal—and the spineless failure of solidarity by most of her Democratic colleagues—sent its own message: Mess with AIPAC, question America’s unquestioning support for Israel, and this is what you get.

Which would be bad enough. But the whole sordid pageant of faked outrage—by Republicans who cheer on the bigot in chief in the White House and Democrats happy enough to pile on to an American woman of color for her choice of language but utterly unmoved by the deaths of Palestinians—also risks sending American progressives down the same blind alley that has done so much damage to the British Labour Party, which has allowed itself to be continually torn apart over two parallel failures: the failure to recognize that anti-Semitism on the left is real, and the failure to prevent the cynical exploitation of anti-Semitism by the right.

When your chief accusers include House minority leader Kevin McCarthy, who just last October tweeted “we cannot allow Soros, Steyer, and Bloomberg to BUY this election! Get out and vote Republican November 6th. #MAGA,” or Trump himself, the temptation to point out the beam in your neighbor’s eye is hard to resist. Before the Pittsburgh massacre it might have been just about defensible to claim that anti-Semitism in the United States was a historical relic—even though American Jews have been the targets of murderous violence simply for being who we are during each of the last six decades. But after Pittsburgh, and the mob in Charlottesville chanting “Jews will not replace us!,” that fantasy is no longer tenable. Instead, it’s been replaced by the fantasy that anti-Semitism is exclusively a right-wing phenomenon.

Anti-Semites on the left can be harder to spot—partly because they don’t carry flaming tiki torches or semiautomatic weapons. And because, sometimes, they hide among broadly held progressive positions, like support for the Palestinian struggle, or opposition to finance capital. But most Jews on the left have noticed something—whether in the dismissal of Jewish suffering, complaints about how Jews are constantly going on about the Holocaust, covert references to Jewish power or supposed control of the media, or the invocation of a hierarchy of oppression that sees Jews coded as “white” in a way that denies centuries of persecution as a racialized minority (and negates the lived history of Mizrahis and Jews of color). It’s an experience I would describe as the withholding of solidarity.

At the same time, Israel’s supporters have long deployed allegations of anti-Semitism to fend off criticism. From laws seeking to criminalize the movement for Boycott, Divestment, and Sanctions (BDS) to the attacks on Omar, the right has always imposed a double standard where fealty to Israel trumped—you should pardon the expression—attitudes toward Jews. Awareness of that double standard ought to have made Omar choose her words more carefully—a fault for which she was right to apologize. But nothing she said, then or since, warrants turning a valuable ally into an enemy. Or allowing the right to trap progressives into denying there is a problem until it’s too late to root out without risking destroying our movement.

That’s what happened in Britain, where, at a time when the Conservative Party is in complete disarray over Brexit, Labour remains hobbled by its failure to deal decisively with a situation that Jon Lansman, founder of the Corbynite pressure group Momentum, recently described as a “major problem” for his party. “It’s now obvious that we have a much larger number of people with hard-core anti-Semitic opinions,” Lansman told the BBC. 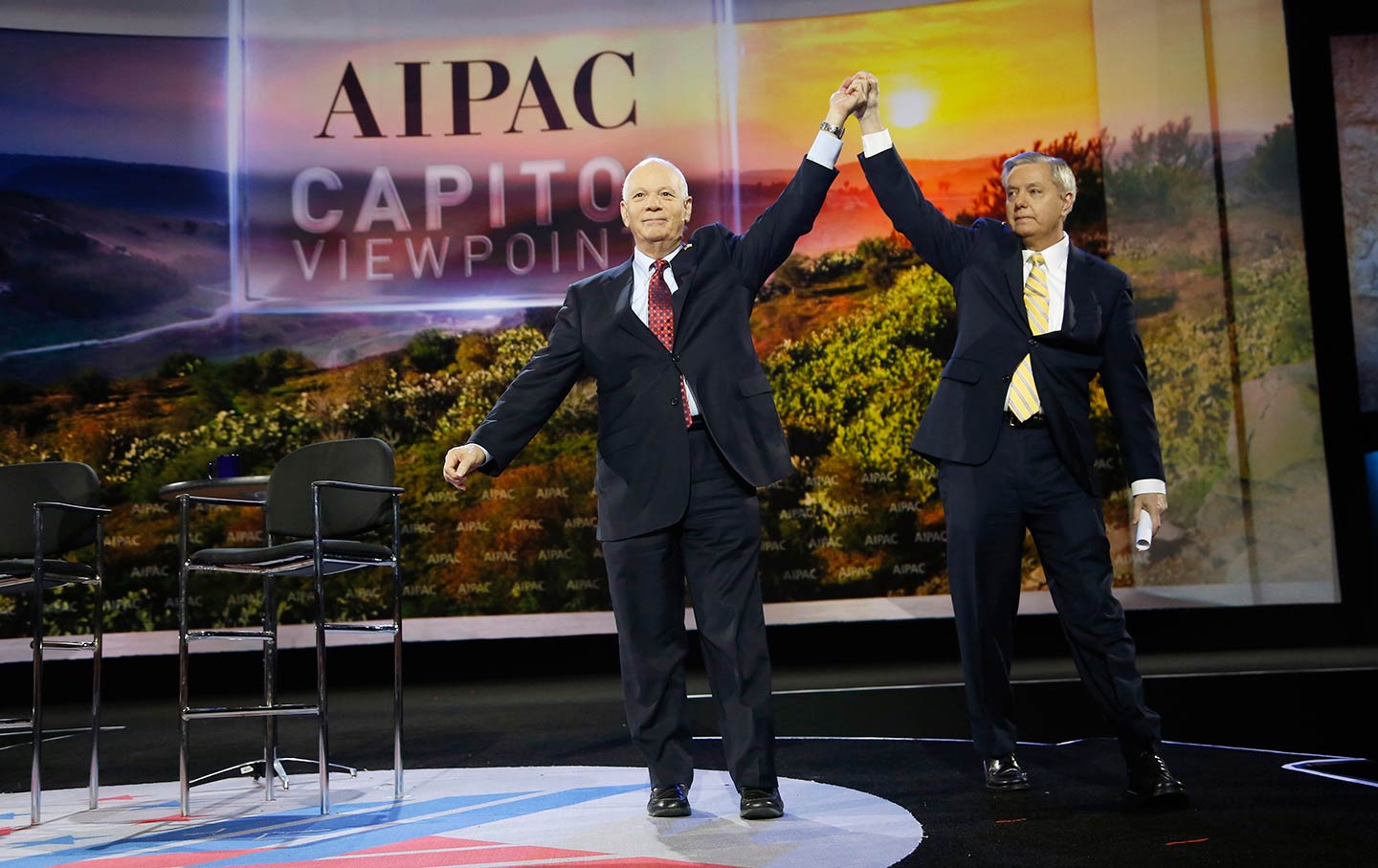 This Is How AIPAC Really Works

Things in America are different—in part, perhaps, because American Jews have more political power (and more ability to abuse that power). Which means there are opportunities as well as dangers. Widespread acceptance of reparations for the Holocaust strengthens the case for reparations for slavery; if the owners of art looted by the Nazis have a moral and legal right to compensation, how can we ignore the claims of Native Americans robbed of their land—or slaves robbed of their labor? Democrats who rose in outrage over Omar’s choice of words should be challenged over their silence over—or support for—an Israeli government that has embraced fascist bigotry.

But the left also needs to avoid slipping from self-defense to denial. The controversy over Women’s March organizer Tamika Mallory’s praise for Louis Farrakhan—who has a long record of anti-Semitic rhetoric—should have been a warning sign. So should longtime activist and writer Alice Walker’s endorsement of British conspiracy-monger David Icke’s racist rantings—which The New York Times disseminated to a much wider audience without comment or apology.

As socialism and socialist ideas reenter the mainstream of American political life, it’s absolutely crucial to avoid a “socialism of fools” that presents capitalism’s toll not as a systemic failure but as the work of a cabal, substituting conspiracy theories about Jews for class analysis. Acknowledging, as Omar’s Jewish defenders did so eloquently, that an injury to one is an injury to all, is a good first step. Because solidarity isn’t just a slogan. It’s the best way to build progressive strength—and to prevent our enemies from picking us off, one group at a time.