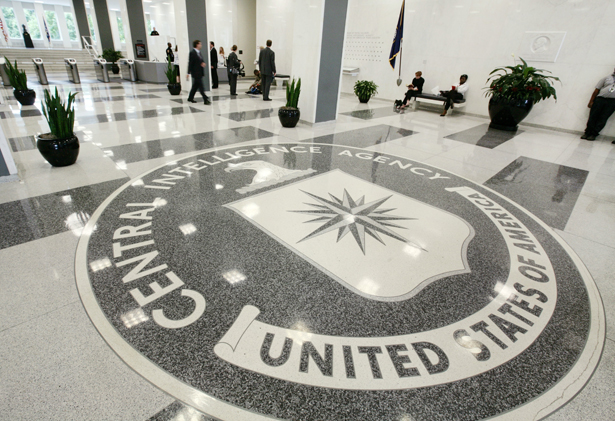 The public exposure in mid-2004 of a government-sanctioned and highly bureaucratized program of torture and cruel treatment caused a political crisis that threatened to derail the Bush administration’s interrogation and detention policies. In the wake of that crisis, some American Psychological Association (APA) senior staff members and leaders colluded, secretly, with officials from the White House, Defense Department and CIA to enable psychologists’ continuing participation in interrogations at CIA black sites, Guantánamo, and other overseas facilities. One result of this collusion was a revision in 2005 of the APA’s code of ethics for interrogations in order to provide cover for psychologists working in these facilities.

The participation of psychologists was essential for the CIA’s torture program to continue during the Bush years. The legal authority for CIA interrogations was based on then-classified Office of Legal Counsel memos. The first set of memos, authored by John Yoo, signed by OLC head Jay Bybee and dated August 1, 2002, were withdrawn in late 2003 by Jack Goldsmith (who replaced Bybee when he became a federal judge). In June 2004, one of the Yoo/Bybee “torture memos” was leaked to the press, and public outcry about the legal reasoning—especially among lawyers—created pressure on the Bush administration to release some additional legal memos and policy directives relevant to prisoner policies. In December 2004, acting OLC head Daniel Levin revised the narrow definition of torture in the Yoo/Bybee memos but reaffirmed their legal opinions. In the spring of 2005, the CIA requested new legal opinions to validate the techniques in use, and OLC head Stephen Bradbury authored three new memos in May. All of these OLC opinions were a “golden shield” against future prosecutions of officials responsible for the CIA program. According to Bradbury’s 2005 memos, the involvement of health professionals in monitoring and assessing the effects of “enhanced” techniques was necessary in order for them to be considered legal.

Why was the APA’s secret collusion so essential for continuance of the program? A key reason was because other physicians and psychiatrists were increasingly reluctant to participate in national security interrogations. In June 2005, doctors in the CIA’s Office of Medical Services refused a new role required by the Bradbury memos to engage in monitoring and research to determine whether the treatment and conditions to which a detainee was subjected were cruel, inhumane, and degrading. In 2006 the American Psychiatric Association and the American Medical Association passed directives barring their members from participating in such interrogations on professional ethical grounds. The APA, in collaboration with the Bush administration, was willing to allow psychologists to fill the role balked at by other health professionals.

Details of this collusion—which APA officials have concealed and denied for a decade—are the subject of a new report, All the President’s Psychologists, authored by Drs. Stephen Soldz and Steven Reisner, and Nathaniel Raymond. The information comes from 638 e-mails from the accounts of a RAND Corporation researcher and CIA contractor, Scott Gerwehr, who died in 2008. James Risen, a New York Times journalist and author, most recently, of Pay Any Price, obtained the e-mails through Freedom of Information Act litigation and shared them with the report’s authors.

The trajectory of collusion and deception begins in July 2003, when the APA leadership, along with the CIA and the RAND Corporation, sponsored an invitation-only conference on the science of deception where “enhanced” interrogation tactics and related research were discussed, including the use of pharmacological agents and sensory overload. Two of the invitees were retired Air Force psychologists James Mitchell and Bruce Jessen, which contradicted the APA leadership’s repeated denials about any relationship with or knowledge about the duo’s activities. Mitchell and Jessen had been hired by the CIA in late 2001 to design and implement the program of black-site interrogations, and had been engaged in such interrogations since April 2002 following the capture of the first so-called “High Value Detainee,” Abu Zubaydah. One of the e-mails responding to an APA request for post-conference feedback states that the two would be unlikely to reply because they were busy “doing special things to special people in special places.”

In July 2004, while the Abu Ghraib/torture memo scandal was in full swing, the APA convened a secret meeting to discuss “Ethics and National Security,” and invited psychologists directly involved in CIA and military interrogations. The APA’s aim was “to take a forward looking, positive approach, in which we convey a sensitivity to and appreciation of the important work mental health professionals are doing in the national security arena, and in a supportive way offer our assistance in helping them navigate through thorny ethical dilemmas.” In the invitation, Dr. Stephen Behnke, the ethics office director (a position he still holds), promised that the APA would not reveal the names of attendees or the substance of discussions, and pledged that if information about prisoner abuse were to come up at the meeting, no assessment or investigation would ensue.

That secret 2004 meeting laid the groundwork for the establishment of the APA Presidential Task Force on Psychological Ethics and National Security (PENS) in 2005. The PENS task force, along with a number of unacknowledged “observers” from the White House and other government agencies, met over a weekend in June 2005, and one day later issued a report which the APA board approved by emergency vote. In July, Dr. Geoffrey Mumford, APA science policy director, sent an e-mail to Dr. Kirk Hubbard, a psychologist who formerly worked for the CIA and by then had taken a position consulting with Mitchell Jessen and Associates. Mumford wrote: “I thought you and many of those copied here would be interested to know that APA grabbed the bull by the horns and released this Task Force Report today.” The authors of All the President’s Psychologists argue that one PENS objective—achieved through this process—was to ensure that the specific language in the Bradbury memos was codified in APA ethics policy.

The APA had intended to keep the carefully selected members of the PENS task force and the substance of their discussions secret. However, when task force member Dr. Jean Maria Arrigo came to realize that she had been recruited to play a role in an elaborate charade in which the outcome of the process was predetermined, she decided to reveal the fact that six of the nine voting members at the PENS meeting were Defense Department employees with direct involvement in national security interrogations during that period. At the August 2006 APA annual meeting, Arrigo delivered an address that exposed the PENS task force collusions with government officials over the organization’s ethics policy.

In 2007, a resolution to impose a moratorium on psychologists’ involvement in interrogations at offshore facilities was voted on and roundly defeated by the APA council, whose members at the time apparently accepted the PENS argument that having psychologists involved in interrogations would ensure that they were conducted in a manner that was “safe, legal, ethical and effective.” However, in 2008 a referendum was passed by a sizable majority of the APA membership banning the presence of psychologists at facilities that operate in violation of international law and the US Constitution, except to treat US troops, and banned military psychologists from treating prisoners in these facilities. The APA adopted the referendum, but then argued that there was no way of knowing which facilities operate in violation of the law and therefore individual psychologists would have to decide for themselves, thus making the policy change meaningless.

Not until last December, following the publication of Risen’s Pay Any Price and the release of the executive summary of the Senate Select Committee on Intelligence report on CIA torture, did the APA finally acknowledge—rather than deny and lie—that James Mitchell had been a member until 2006. This correction of the historical record was made in conjunction with the announcement that the board had finally ordered an independent investigation into complicity between the APA and the Bush administration’s “war on terror” interrogation programs. As All the President’s Psychologists documents, this complicity involved at least five senior staff members and four presidents, including the current president Dr. Barry Anton, who was a board liaison to the PENS task force.

To date, psychologists who are critical of the APA’s record on offshore national security interrogations—including report authors Soldz and Reisner—continue to be described as “dissidents” in the organization. This revealing report and the ongoing independent investigation of APA–Bush administration collusions may provide long overdue redress of this ignominious record of human experimentation and ethical malfeasance.