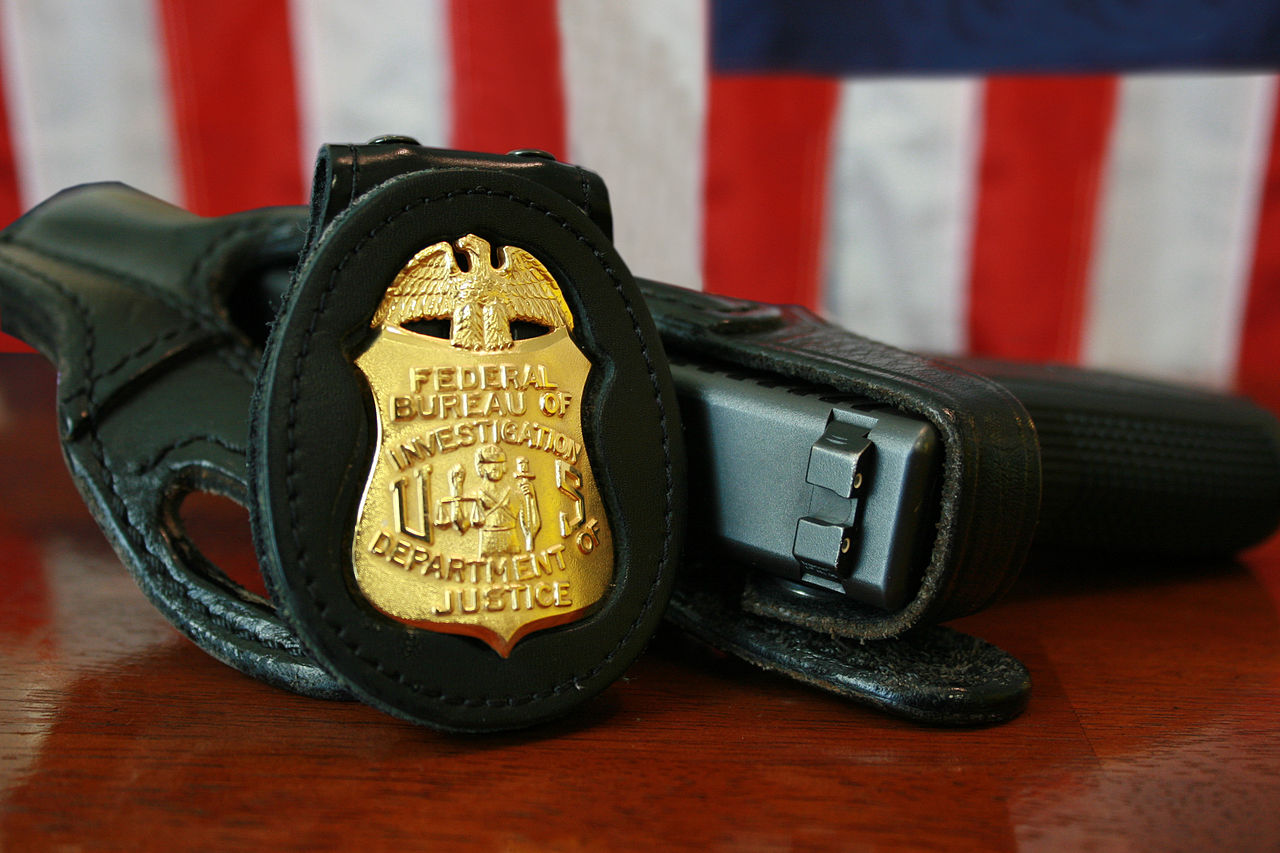 Earlier this month, a 911 dispatcher in Ohio was recorded telling a 20-year-old woman who had just been raped to “quit crying.” After she provided a description of her assailant, the caller went on to say, “They’re not going to be able to find him with the information that you’ve given.” This incident had its viral moment, sparking outrage at the dispatcher’s lack of empathy. But it also speaks to the larger issue of how we are counting rapes in the United States. Sixty-nine percent of police departments surveyed in 2012 said that dispatchers like this one, often with little training, are authorized to do the initial coding of sexual assault crimes.

That’s important, because miscoding of such crimes is masking the high incidence of rape in the United States. We don’t have an overestimation of rape; we have a gross underestimation. A thorough analysis of federal data published earlier this year by Corey Rayburn Yung, associate professor at the University of Kansas School of Law, concludes that between 1995 and 2012, police departments across the country systematically undercounted and underreported sexual assaults.

Yung used murder rates—the statistic with the most reliable measure of accuracy and one that is historically highly correlated with the incidence of rape—as a baseline for his analysis. After nearly two years of work, he estimates conservatively that between 796,213 and 1,145,309 sexual assault cases never made it into national FBI counts during the studied period.

Yung’s analysis, which focused on cities with populations of more than 100,000, found that 22 percent of the 210 studied police departments demonstrated “substantial statistical irregularities in their rape data.”

“It’s probably true that in all cities there is undercounting,” explains Yung. “However, forty-six outlier cities appear to be undercounting on a consistent, high level, which makes sense because you have to show [improved crime statistics] results year over year, and you get into a trap where you have to improve upon already low numbers.” Even worse, the number of jurisdictions that appear to be undercounting has increased by 61 percent during the period studied.

One of the primary ways is that officers discount victim testimony, categorizing complaints as “unfounded” or reclassifying allegations of rape as “noncriminal” minor offenses. In 2013, a 196-page report by Human Rights Watch documented widespread, systemic failures in the Washington, DC, police department’s handling and downgrading of sexual assault cases. Last month, an externally run audit of the New Orleans police department found that 46 percent of forcible rapes were misclassified. The New Orleans study indicted the department for having submitted rape statistics that were 43 percent lower than those from twenty-four comparable cities. And in Baltimore, reported rapes showed a suspicious 80 percent decline between 1995 and 2010, compared with a 7 percent national reduction. Yung also reveals that officers sometimes simply fail to write up reports after rape victims are interviewed.

Second, police departments have been found to destroy records and ignore or mishandle evidence, which leads not only to undercounting but dismissal of cases. Many of the jurisdictions showing consistent undercounting are also, unsurprisingly, those with rape kit backlogs (there are more than 400,000 untested kits in the United States). Many cities and states don’t even keep accurate track of the number of rape exams or of kits languishing, expired or in storerooms—but when they do, the numbers improve. The arrest rate for sex assault in New York City went from 40 percent to 70 percent after the city successfully processed an estimated 17,000 kits in the early 2000s. However, it is only in the past year, after embarrassing and critical news coverage, that most departments have begun to process backlogs. After being publicly shamed for having abandoned more than 11,000 rape kits, the Michigan State Police began testing them, identifying 100 serial rapists as a result.

Third, police departments continue to ignore rapes of women thought of as “fringe,” including prostitutes, runaways, trans women, drug addicts and people considered transient. Women of color in particular face difficulties. For example, for years, women repeatedly went to the police in Cleveland to report that Anthony Sowell had raped, beaten or otherwise violently assaulted them at his house. Little was done until 2009, when police finally found eleven decomposing bodies of women there.

Fourth, people making complaints are often harassed out of pursing them. In 2012, the police department of Cranberry Township, Pennsylvania, near Pittsburgh, was held liable in a case in which police accused a reporting victim of lying during her interview, at one point telling her, “Your tears won’t save you now,” and failing to pursue the investigation. In St. Louis, victims were strongly urged by police to sign Sexual Assault Victim Waivers absolving police from responsibility to investigate or report the crime as a rape to the FBI. Yung points out in his report that until relatively recently, the Los Angeles County Sheriff’s Department defied the law by using so-called “corroboration requirements” and reporting only those assaults deemed, in the words of LA police and prosecutors, “winnable” in court (“corroboration requirements,” referring to evidence supporting victims’ claims such as bloody clothes or bruises, have deep roots in jurisprudence but are no longer legal in most of the country, including California).

Victims of sexual assault still encounter hostility, doubt and aggressive questioning. When they do not conform to officers’ preconceived ideas about how rape victims “should” act, officers’ implicit biases come into play and, as a result, victims often feel they are the ones being investigated. These issues are often compounded by racism. Native American women, who suffer the highest rates of sexual assault in the country, describe being questioned about mental illness, drug use, alcohol abuse and more when reporting assaults. While some jurisdictions have substantially improved their policies, with many women reporting compassionate treatment by police, many others continue to report the opposite.

These preconceptions, rooted in myths about rape and a still-powerful cultural predisposition to blame victims, are serious and consequential. Police officers display the same implicit biases as the general public, a tendency also evident at colleges and universities, where campus police are often more focused on investigating the credibility of victims than in whether or not their vulnerability was exploited in a predatory way. Studies show a strong correlation among police officers between rape-myth acceptance, sexist attitudes and an unwillingness to process or investigate reported assaults.

Interestingly, the longer an officer has worked in a sexual assault unit, the less likely he or she is to believe in false claims. A majority of detectives with between one and seven years of experience believe that 40 percent of claims are false—in some cases that number is as high as 80 percent. But among officers with more than eight years’ experience, the rate drops precipitously, to 10 percent. On campus or off, these beliefs persist, despite the fact that rates of false allegations of rape are well understood by criminologists and other social scientists to be between 2 percent and 8 percent, in line with false allegations of other crimes.

The other aspect of bias is that it informs not only attitudes toward victims but also those regarding perpetrators. Racism and sexism conspire both in police assessments of the credibility of victims and in the targeting of potential perpetrators. Estelle Freedman describes the sex- and race-based historical roots and contemporary legacies of both of these biases in her sprawling examination of rape in America, Redefining Rape.

While police departments are not immune from these legacies, change is possible. In 1999, the Philadelphia Police Department improperly handled 2,300 out of 2,500 rape cases. As late as 2003, the unit investigating sex crimes was jokingly referred to as “the lying bitch unit.” In the wake of widespread criticism and protest, the department began a partnership with the Women’s Law Project to improve response to sex crimes, in an approach that subsequently became known as “the Philadelphia Model.” Both Police Commissioner Charles Ramsey and WLP executive director Carol Tracy testified at a 2010 Senate hearing that reviewed police handling of sex crimes, and in 2011, Ramsey convened a Police Executive Research Forum (PERF) summit. The resulting 2012 report, Improving the Police Response to Sexual Assault, which included research and commentary from multiple jurisdictions and advocacy groups, concluded that while progress is being made, many of the problems that existed in Philadelphia persist in other police jurisdictions.

Two weeks ago, Tallahassee police chief Michael DeLeo agreed to allow PERF to review and analyze his department’s policies, largely because of critical coverage of his department’s egregious mishandling of the 2012–13 sexual assault case involving Florida State University football player Jameis Winston. Almost all of the common procedural failures responsible for undercounting were illustrated in that case, so it is unlikely the complaints against Winston were included in the FBI’s annual count.

If we are to improve the handling and reporting of sexual assault crimes, external audits are critical, as is training of police departments by advocacy groups like the WLP. The fundamental approach of most police departments hasn’t change much in thirty years: training is not uniform or reliable, and often comes only at the behest of community advocates. Last year, the International Association of Chiefs of Police, whose membership comprises 21,000 departments, received a $450,000 grant from the federal Office on Violence Against Women to conduct training. While heartening, that comes out to roughly $22.50 per department.

In the meantime, as Yung puts it, “the sheer magnitude of the missing data…is staggering.” Of course, we need far more than improved police work, and undercounting is only part of the problem. Even when cases are properly recorded and investigated, the patterns evidenced in Yung’s analysis and the PERF report are reproduced in courtrooms, where rapists in most states still have the right to sue for custody of the children born of their assaults. And only 3 percent of rapists are ever imprisoned—that’s a crime we aren’t talking about.

Yung believes that these statistical distortions have significantly altered the nation’s historical record and understanding of rape in America. Accurate counts are vitally important—not only for the historical record, but because the data are used by academics, analysts, legislators, law enforcement officials, social justice advocates and media to determine trends, analyze crime, set policy and allocate resources. Law enforcement officials who are dedicated to addressing these problems understand that higher reporting numbers are a sign of trust in police departments.

Yung’s report, by the way, is titled “How to Lie with Rape Statistics: America’s Hidden Rape Crisis.”