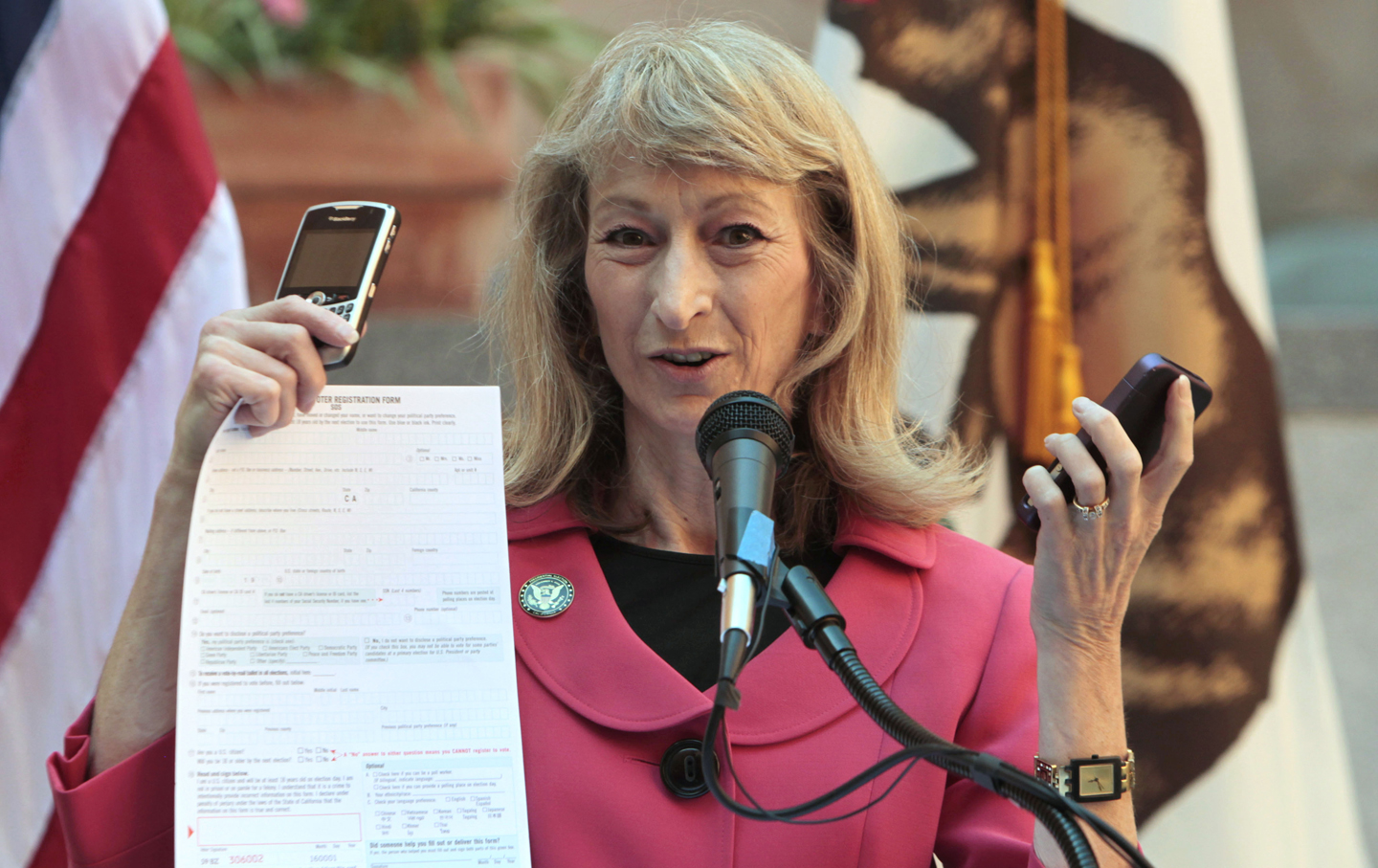 In July 1976, while appearing with civil-rights icon John Lewis, Jimmy Carter proposed automatically registering to vote every eligible American once they turned 18, which he said would “transform, in a beneficial way, the politics of our country.”

The Voting Rights Act of 1965 and National Voter Registration Act of 1993 enfranchised millions of new voters. After passage of the VRA, for example, the number of black registered voters in the South increased from 31 percent to 73 percent. Despite these landmark laws, 51 million Americans—1 in 4 eligible voters—are still not registered to vote. “Among eligible voters, some 30 percent of African Americans, 40 percent of Hispanics, 45 percent of Asian Americans, and 41 percent of young adults (age 18-24), were not registered to vote in the historic 2008 election,” according to Demos.

During the 2012 election, the United States ranked 31st of 34 developed countries in voter turnout. Yet 84 percent of registered voters cast ballots. The US doesn’t have a voter turnout problem; we have a voter registration problem. Our turnout is abysmal because so many eligible voters are not even registered to vote.

Automatic voter registration would change that. In March 2015, Oregon became the first state to automatically register anyone who requests a driver’s license or state ID from the DMV unless they opt out, shifting voter registration responsibilities from the individual to the state. The law takes effect next year, and Oregon estimates that 300,000 new people will be added to the rolls.

The California legislature passed a similar bill this month, which would help sign up 6.6 million unregistered voters. Governor Jerry Brown has 30 days to sign or veto it. Brown has not taken a position on the legislation yet, but endorsed automatic voter registration in 1992. “Every citizen in America should have not only the right but the real opportunity to vote,” he said at the Democratic National Convention in 1992. “And it’s the responsibility of government to ensure that by registering every American…. They know how to get our taxes—why don’t they get our votes, and the votes of everyone in this country?”

Automatic voter registration in California would lead to “the single largest voter registration drive in American history,” says California Secretary of State Alex Padilla. Not every unregistered Californian will be instantly signed up, but “it will only be a few years before a big majority of that group is captured,” Padilla says.

But it’s also true that too many states are still making it difficult to participate in the political process, by requiring proof of citizenship to register to vote, eliminating same-day voter registration, hindering voter registration drives, and failing to comply with the NVRA.

By pushing automatic registration, “we’re reshaping the discussion about voting rights,” Padilla says. “It’s not just about being on defense but going on offense by making it easier for people to cast ballots.”

Voter registration laws have historically been used to exclude people from the democratic process. “There’s a lot of other rights that we don’t have to opt into—freedom of speech, freedom of assembly, freedom from discrimination,” Padilla says. The right to vote should have the same universal protection.