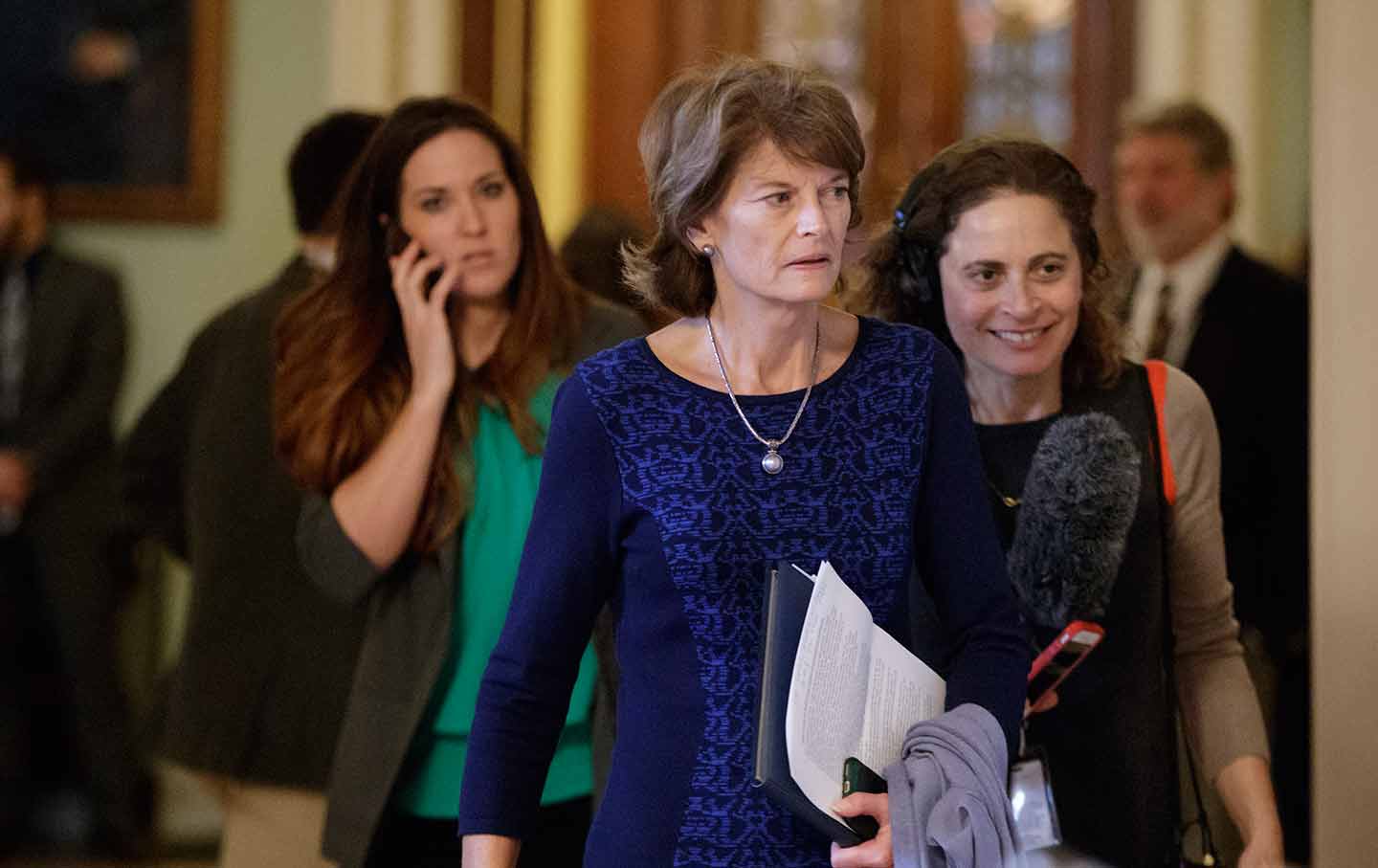 Donald Trump’s most absurd cabinet nominee, billionaire campaign-donor Betsy DeVos, made the case against her selection to serve as secretary of education during her Senate Committee on Health, Education, Labor, and Pensions hearing. Ill-prepared, uninformed, and by her own admission “confused,” DeVos confirmed the concern expressed by Vermont Senator Bernie Sanders when he asked: “Do you think, if you were not a multi-billionaire, if your family had not made hundreds of millions of dollars of contributions to the Republican Party, that you would be sitting here today?”

The best response DeVos could muster was a tepid imagining that “I do think that there would be that possibility….”

Of course, she was wrong.

But that did not prevent the Republican-controlled committee to vote 12-11 to approve the DeVos nomination.

The committee vote on Tuesday broke along party lines. And the assumption was that the full Republican-controlled Senate would do the same—giving Trump another cabinet pick, and giving a fierce critic of public schools a defining role in setting education policy.

But on Wednesday the DeVos juggernaut was upset. Though she could still be confirmed, DeVos suddenly looked vulnerable.

Two key Republican senators, Susan Collins of Maine and Lisa Murkowski of Alaska, announced that they would oppose Trump’s education pick. Because the Senate is split between 52 Republicans and 48 members of the Democratic caucus, that means that—if all Democrats hold firm against her nomination and no other Republicans break with their caucus—DeVos can be confirmed only with an embarrassing tie-breaking vote from Vice President Mike Pence. And if one more Republican goes against DeVos, she could be rejected.

“I simply cannot support her confirmation,” Collins declared on the Senate floor. In particular, Collins said she was “troubled and surprised” by DeVos’s “lack of familiarity” with the federal Individuals with Disabilities Education Act.

Murkowski, who had voted as a Health, Education, Labor, and Pensions Committee member to advance the DeVos nomination, then stunned the Senate by announcing that she would vote “no” when the full Senate considers Trump’s choice.

The Murkowski switch is a testament to the power of the grassroots resistance to Trump and to his cabinet picks.

“I have heard from thousands, truly, thousands of Alaskans who have shared their concerns about Mrs. DeVos,” Murkowski acknowledged, before announcing that “I do not intend to vote on final passage to support Mrs. DeVos.”

Murkowski had, indeed, heard from “thousands, truly, thousands of Alaskans” who expressed opposition to the DeVos nomination—voicing particular concerns about the Trump pick’s support for school privatization and school “choice” schemes, and about the threat her approach poses to rural schools.

Demanding that Murkowski vote against DeVos, protesters stood outdoors holding signs and chanting, “Stand up for Alaska,” “Public funds for public schools,” “Lisa, you know better,” and “We need educators, not billionaires.” Many also stood in a line that snaked inside Peterson Tower on L Street, waiting to take one of the elevators six floors up to Murkowski’s office where they wrote down their comments to the Republican senator.

“Her myopic focus on working to move public school funding to private, for-profit and religious schools is not where attention needs to be focused at the federal level,” the group argued.

Teachers, parents, and students contacted Murkowski’s office, urged on by Great Alaska Schools and teachers unions in the state. Even after the Health, Education, Labor and Pensions Committee vote, National Education Association–Alaska president Tim Parker told members to keep contacting Murkowski’s office “to voice your concerns about Ms. DeVos’ lack of public education experience and qualifications to be Secretary of Education.”

“So many of you are watching this nomination closely because you know what is at stake,” wrote Parker. “As public school educators, we are all advocates when it comes to our students’ future. We know what is at stake for them. We know they only get one chance to grow up and receive the best public education we can provide.”

Parker was right, as were the other activists who kept pressuring Murkowski.

Murkowski’s staff estimated that roughly 30,000 calls came into her offices over the past week. The senator told ADN that “her offices had received an explosion of calls in the past week, almost entirely about DeVos until Sunday night when calls started to come in about Trump’s immigration ban.”

“It’s just been overwhelming,” said Murkowski. “We’ve never seen a level of calls like this ever.”