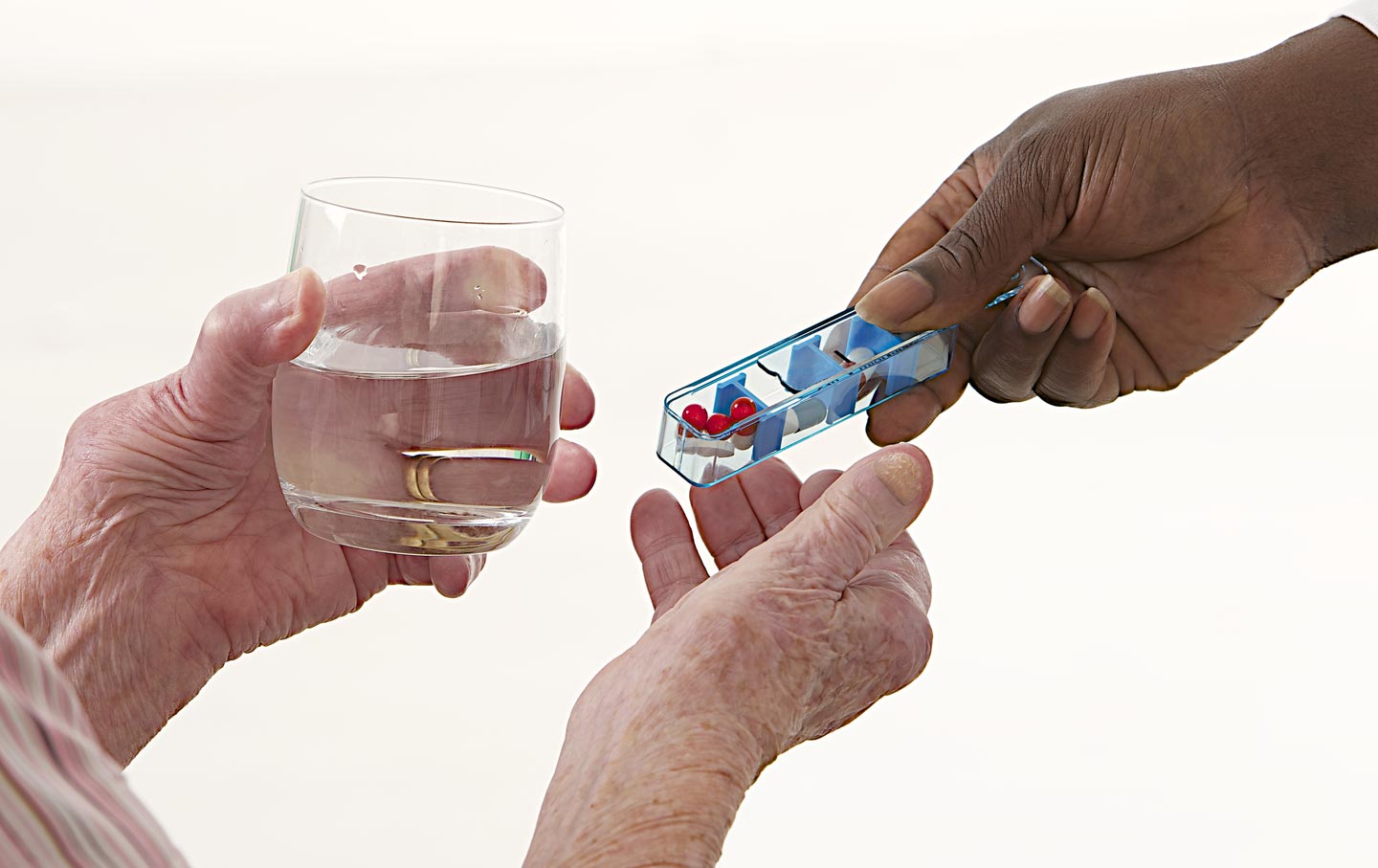 A day in the life of a home health-care worker is rough, but intensely intimate: from dawn to dusk, helping seniors take their pills, feeding the wheelchair-bound, occasionally serving as mental-health counselor, physical therapist, or first responder to people with disabilities. Their daily grind occurs far outside the world of politics most days, but home-care aides made an unusually public appearance this week at the Supreme Court by definitively claiming their labor rights. The White House’s extension of federal minimum-wage and overtime standards to this vital but often invisible workforce cleared its last legal hurdle and settled a longstanding legal dispute—laden with patriarchal tradition and gender stereotypes—over whether their work was real work.

The Court’s decision to deny certiori in the case Home Care Association of America v. Weil effectively upholds a lower-court ruling validating a regulatory expansion launched by the Obama administration last year, which extends protections under the Fair Labor Standards Act (FLSA) to home-care workers. The policy change builds on earlier reforms in the 1970s, which granted parallel protections to domestic workers who had been exempted from the original Depression era wage-and-hour laws. The new rule further closes the loophole for home-care jobs, also typically done by women of color, which have steadily professionalized over the years. Home care for seniors and people with disabilities had lagged behind due to an obscure exemption deeming them mere “companions.” The new rule upgrades conditions across the fast-growing health-care profession, which is now poised to absorb an oncoming “gray wave” of active Baby Boomers who are committed to “aging in place” in their communities.

In the lawsuit, the industry association argued that minimum-wage obligations would unfairly affect employers and undermine access to care due to raised costs. Critics of the rule have cited the rationale that since limited Medicaid funding supports long-term care for low-income seniors, “critical services reach more elderly or infirm individuals than they otherwise would precisely because the care-providers are exempt from the FLSA.” They also claim other private households “may also be forced to forego [sic] the option of receiving these services in their homes if the cost of services increases.”

That is, either provide affordable care or pay a fair wage, but not both. The myth of this false choice would never apply when considering the salaries of physicians. But society generally affords less value to the “emotional labor” of home care, even though these services are embedded within an increasingly progressive health-care infrastructure that emphasizes community-based care. Tying the quality and access to low-wages is not only cruel but also counterproductive; the whole idea of fair labor is to ensure worthy wages for decent work.

Another typical argument against raising labor standards is that the job is akin to “casual baby sitting.” But this view is similarly outmoded, given that the job has gained in value—and the industry has grown rapidly—precisely because it has had to professionalize. The job now requires extensive training and specialized skills to cover the increasingly complex needs of people aging at home or living independently with disability. (Moreover, the reforms do include a narrower exemption for privately employed workers whose duties center more strictly around “fellowship.”)

The biggest challenge ahead will be restructuring the industry to ensure workers are paid fairly and transparently, as enforcement can be spotty for service workers in private households, and for years many states have denied home-care aides minimum-wage and overtime protections.

On a conference call following the decision, Sarah Leberstein, staff attorney with the labor advocacy group National Employment Law Project, said that, going forward, advocates, providers, officials, unions, and households are cooperating on implementation and “California, New York and Massachusetts have budgeted funds and revised their pay practices” to ensure compliance and to “recognize that a strong, fairly compensated workforce, is fundamental to building the [needed] quality long-term care services and supports.”

The ideal way to ensure employers’ compliance is to empower workers to advocate for themselves. But the court proved markedly less friendly toward organized labor in home care last year. The Harris v. Quinn ruling undercut unionization efforts for Medicaid-based home-care workers in several states, by essentially barring the collection of union “agency fees” from home-care aides in Illinois, which curtailed labor’s ability to draw “fair share” financing from workers who were represented under the collective bargaining arrangement but opted out of direct membership. The closure of this funding stream could deter future organizing, especially under the unique joint-employer arrangement with the state Medicaid programs that has enabled SEIU and AFSCME to unionize tens of thousands of workers in private households over the years.

Nonetheless, Leberstein notes, although the new rule is not directly linked to union rights, elevating the floor of labor protections could foster organizing efforts overall by providing “another lever, whether that’s to organize in their own groups or with a formal labor union…. They’re already starting out with the right to at least a minimum wage for all hours work and overtime, so that when they go to the bargaining table, they can negotiate on top of that for a higher hourly wage and benefits and other improvements on the job. So this is a tremendous boost for organizing.”

“As a union we’ve lobbied, marched and rallied together to ensure that our benefits were implemented and fairly,” said El Dorado–based union homecare worker Lisa Scott. Though she still only earns $10.40 per hour, overtime pay provides an extra few hundred a month, lifting her from reliance on food pantries to relative financial stability. She can cover gas for travel to work, with a bit left over to help her clients out with their grocery bills

Finally, Scott can splurge on a visit to see her daughter and youngest grandchild in Arizona—something she said “was impossible before now because I didn’t have enough money for a plane ticket.” It only took 40 years, but her job supporting elders now pays enough for grandmothers like her to pay it forward for their own families.