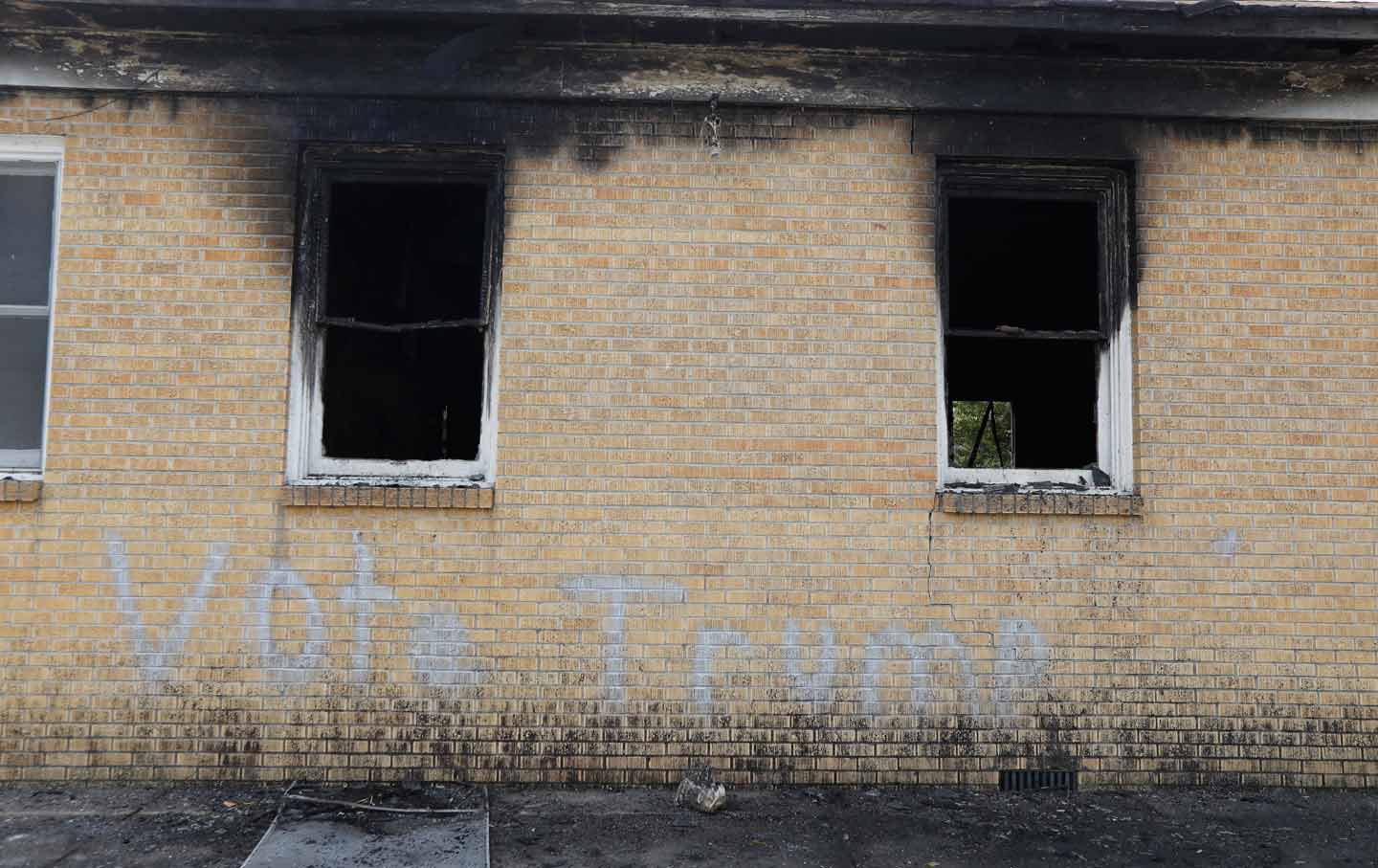 Donald Trump’s hate-filled rhetoric has been encouraging violence against people of color since the beginning of his campaign. In March, for example, Wichita State University student Khondoker Usama and his friend were assaulted at a gas station. After, the perpetrator sped off in his motorcycle chanting, “Trump! Trump! Trump!” Similar accounts cropped up over the course of his campaign, but Tuesday’s election has brought on an even greater magnitude of violent acts: burnings, threatening graffiti, assaults, intimidation. The surge prompted Nevada Senator Harry Reid to write in a statement, “Watching white nationalists celebrate while innocent Americans cry tears of fear does not feel like America.… If Trump wants to roll back the tide of hate he unleashed, he has a tremendous amount of work to do and he must begin immediately.”

Instead, yesterday Donald Trump addressed those protesting his election on Twitter: “Very unfair!”  When will he say the same for the hate crimes committed in his name?

Many of these acts have been disseminated through social media: Shaun King has been keeping a near-hourly tab on the crimes; several compilations have been made under the heading “Day 1 in Trump’s America.” Below are only a few.

Welcome to the Trump era. Students wrote hate speech in bathrooms of Maple Grove high school in Minnesota. Not even children are safe. pic.twitter.com/weXILatKOS

Someone spray painted "Black lives don't matter and neither does your votes" on a wall in Durham overnight. pic.twitter.com/Idfm5T8RFg

I walked into my room and my heart aches with pain. pic.twitter.com/GFD5gBmPmD

Great way to start my morning, shoved when stepping out of my car and told by another person that I won't be here for long. Awesome

PRO-Trump chalk was littered in front of the EGD library last night. pic.twitter.com/fAmThGzr5Y

As I'm stopped at a gas station this morning, a group of guys yell over: "Time to get out of this country, Apu!"

School leaders investigating after racist signs found at a #Jacksonville high school. @DanielleANjax has details next on FOX30 at 10. pic.twitter.com/YkfqbWhNHL

this happened at @lemoyne today, three blocks from my house, while students were protesting pic.twitter.com/bgEFW1jC4y

ICYMI | A woman put up a sign in East Haddam meant to promote unity. Then vandals painted over it with "Trump 2016" https://t.co/zXxJrDBPzw pic.twitter.com/niZki987PP

I know of at least 50 instances of this happening in the past 48 hours. pic.twitter.com/FFG9HU36HU

What can you do if you see or are a victim of a hate crime?