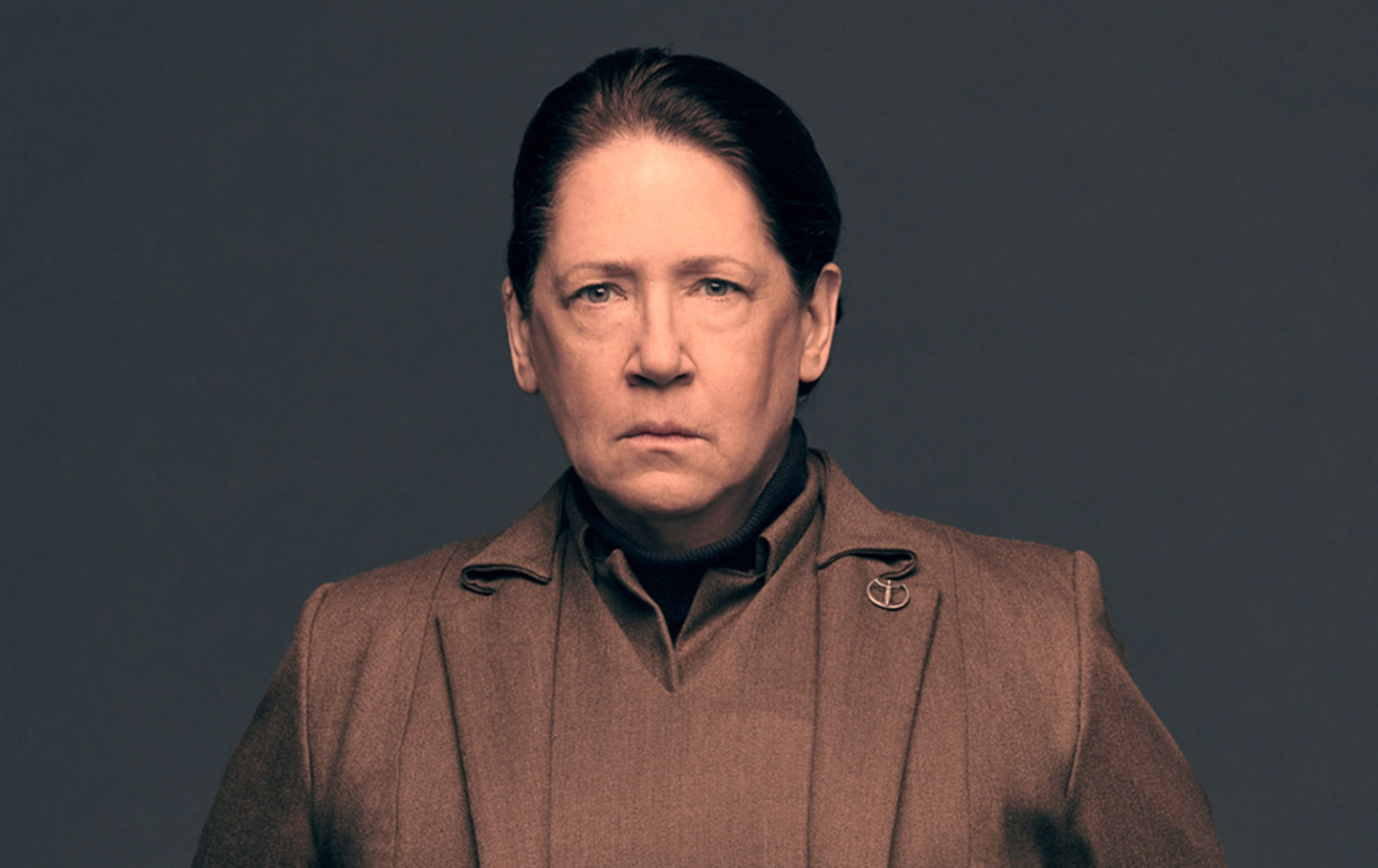 Aunt Lydia runs the Red Center, where she sadistically trains handmaids to be sexual servants. (Hulu)

When I first read The Handmaid’s Tale decades ago, I thought Offred was a wimp. She’s living in a violent, misogynist Christian theocracy, raped and impregnated, forbidden to read, and sees hanged corpses on her mandatory daily walk—and she misses hand cream?

In fact, Offred’s lack of obvious heroism was one of the novel’s strengths. It let the reader identify with her and see daily life in Gilead in all its grinding, mundane awfulness. It’s the source of the novel’s strange, indelible aura of eerie depression. Besides, was Offred really so wimpy? If you had to live as a reproductive slave, thinking about small lost comforts might help you avoid the fates of feistier characters: mutilated, executed, or shipped off to die in a radioactive wasteland.

The wonderful TV series manages to capture the book’s ominous mood while casting Elisabeth Moss as a more daring and energetic Offred. This makes for a more exciting, plotty narrative, and it might even have gotten to Margaret Atwood, because her just-published sequel, The Testaments, is fast-paced, full of action and suspense, with quick crosscuts among its three narrators. The novel is shot through with dry humor and clever touches and culminates with the end of Gilead—not a spoiler, because the first novel ends, like the sequel, with an academic conference on Gilead studies from the safe post-theocratic future.

The book is tremendous fun: I binge-read it in a day and a half. That’s a tribute to Atwood’s skill as a storyteller, because I have questions about the inner logic of her dystopia. 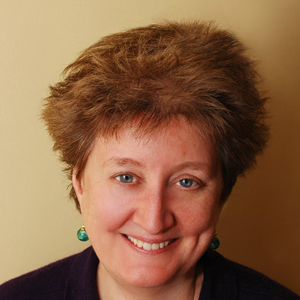 A Realist’s Guide to Progressive Giving

The major narrator is, of all people, Aunt Lydia, the sadistic and fanatical enforcer of women’s subjection in the original book. (She’s a more central character in the TV show, deliciously played by Ann Dowd with a prim little ghost of a smile.) “Aunt Lydia” has become a synonym for prissy reactionaries like Phyllis Schlafly who enforce patriarchal norms in return for a bit of power, but surprise—the Aunt Lydia of The Testaments is a closet feminist playing a very long game. As a family court judge brutalized during the Gileadean takeover and given the choice to join or die, she’s been collecting dirt on the Commanders, the ruling male elite, for years. Her complicated plan to get the truth about Gilead’s rulers out to the free world involves the two other narrators: a bold Canadian teen and a lonely young Gileadean woman whom Aunt Lydia saved from a scary forced marriage. And it succeeds. Her revelations set off the downfall of the regime.

In The New York Times, Michelle Goldberg has suggested that Atwood is giving the truth too much credit. I agree with her. It’s a sobering thought to a writer that none of the many shocking and sordid disclosures about Donald Trump have damaged his popularity with his base. Atwood’s assumption that the truth could bring down a regime is the human rights version of the old hope of the oppressed Russian peasantry: “If the czar only knew!”

There’s another kind of wish fulfillment at work in The Testaments. Women like Aunt Lydia, Atwood seems to be saying, may be more on women’s side than you think, even if circumstances force them to gouge out some eyes or supervise the occasional stoning. Power in the separate women’s sphere is, after all, real power, although limited, and one of the things Aunt Lydia and her fellow senior Aunts do in the beginning is to maximize their independence by banning men from their residence, Ardua Hall. It’s not clear how Aunt Lydia has used her power to help women, beyond framing a male sex criminal or two. It’s hard not to be reminded of the nuns who ran the cruel Magdalene Laundries and mother and baby homes of Ireland. Didn’t they say they were helping women, too?

The Testaments reads as if Atwood wanted to exonerate her magnificently evil creation twice over: Aunt Lydia cooperated to survive and to bring down the patriarchy. But the Aunts of the world need no exculpatory rationale. The cooperation of women is essential to any society, including misogynist ones. Even ISIS has its female devotees, now busily tormenting “heretic” women in Syria. “Aryan” German women adored Hitler, even as he deprived them of their rights. The Nazis made good use of separate-sphere ideology, too, putting mothers on a pedestal, giving girls and women their own organizations with traditions and banners and uniforms.

As long as there are privileges to hand out as well as punishments, as long as basic material needs are supplied and there is enough religious or nationalistic or ideological fervor to keep things exciting, it is not that hard to get women to go along, just as men go along.

Even if Gilead succeeded in brainwashing its citizens into Christian fundamentalism, it could never have lasted in its harsh original form. The society promoted too much punishment and not enough pleasure. The only entertainment was religious mania, executions, and for lucky women, babies. Except for the elites who enjoyed a steady supply of homemade fancy desserts, even the food was terrible—ersatz cheese and soups made out of kitchen scraps. The Romans had the right idea: bread and circuses. And plenty of hand cream.

If it had managed to end its wars and become more prosperous, Gilead might have come to resemble Saudi Arabia, a theocracy where banned imports find their way in, a subject caste does the hard work, much foreign media is censored or banned, and only a few people have to be tortured and beheaded as an example to others. There are plenty of Aunt Lydias in Saudi Arabia; they’re instrumental to the functioning of every country where women are subordinate, including our own.

And when those regimes are overthrown, there will be plenty of Aunt Lydias who will claim they had a hand in it.