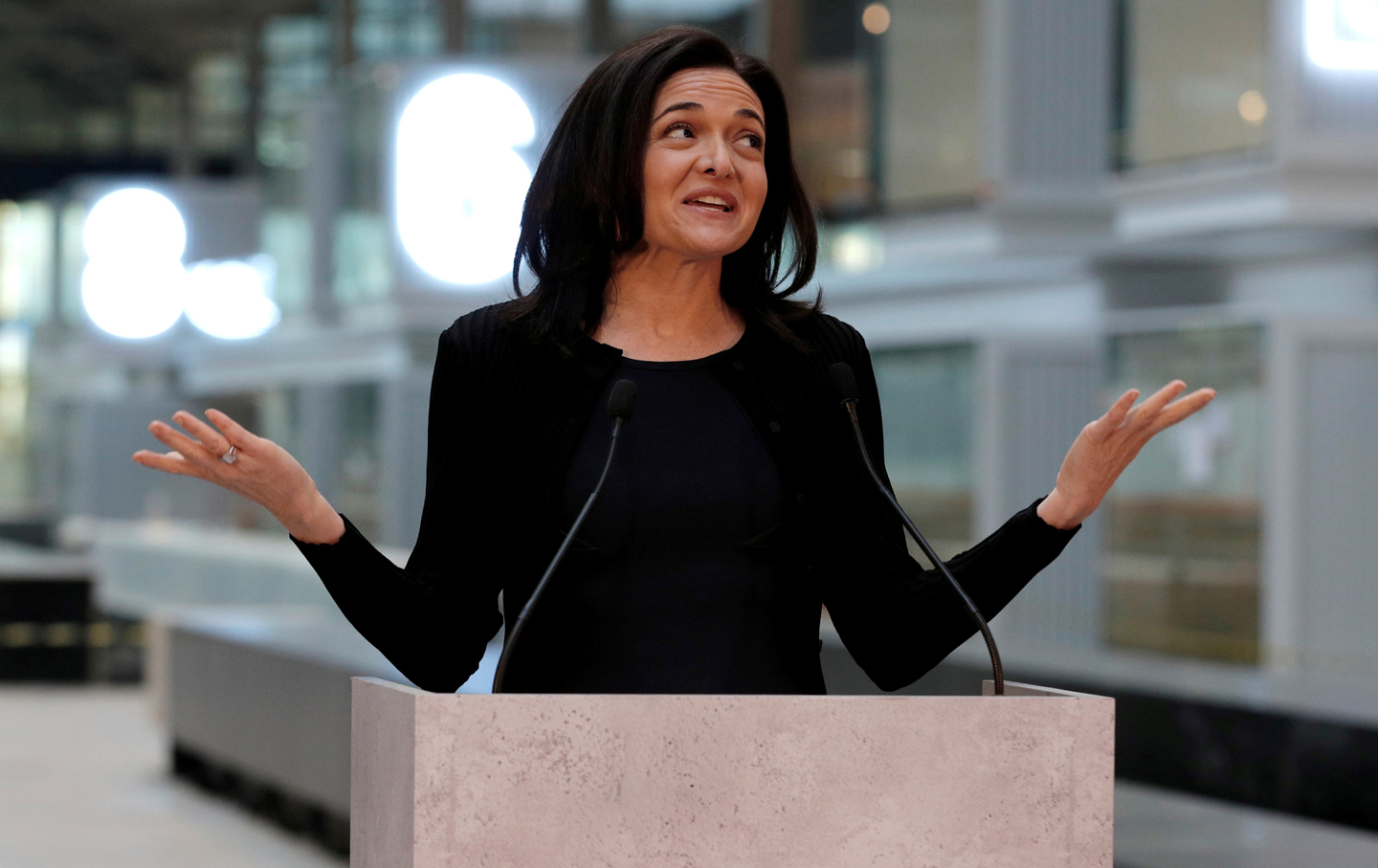 This month marks the fifth anniversary of the publication of Sheryl Sandberg’s you-go-girl office feminist manifesto Lean In. Did you notice? I’m guessing the answer is no. The occasion is passing with little in the way of public fanfare. The highest profile get was the cover of Bloomberg Businessweek. A New York Times article marking the event made page 3 of the paper’s business section. Meanwhile, as the Facebook/Cambridge Analytica scandal continues to grow, Sandberg is conspicuously missing in action, apparently deliberately so; company PR staff reportedly had her name scrubbed from one section of a New York Times article that previously noted her resistance to greater disclosure.

Surely Sandberg’s achievement deserves more notice. Yes, some feminists complained that the book sold lower-income women short, but businesswomen and other upper-middle-class professionals—its intended audience—lapped it up. Lean In debuted to a blizzard of publicity and went on to sell millions of copies worldwide.

Five years later, we can safely observe American women are refusing to quit the game. They are leaning in. They are marching with the Resistance. They are speaking out publicly about everything, from hellacious #MeToo moments to unequal pay. They are standing up for their rights in ways we’ve not seen in decades.

Take teachers, 75 percent of whom are female, at least here in the United States. Earlier this month, West Virginia teachers walked off the job and refused to go back until the state legislature and governor signed off on a 5 percent raise. Now their peers in Oklahoma, who are among the lowest-paid teachers in the country, are contemplating a similar job action. 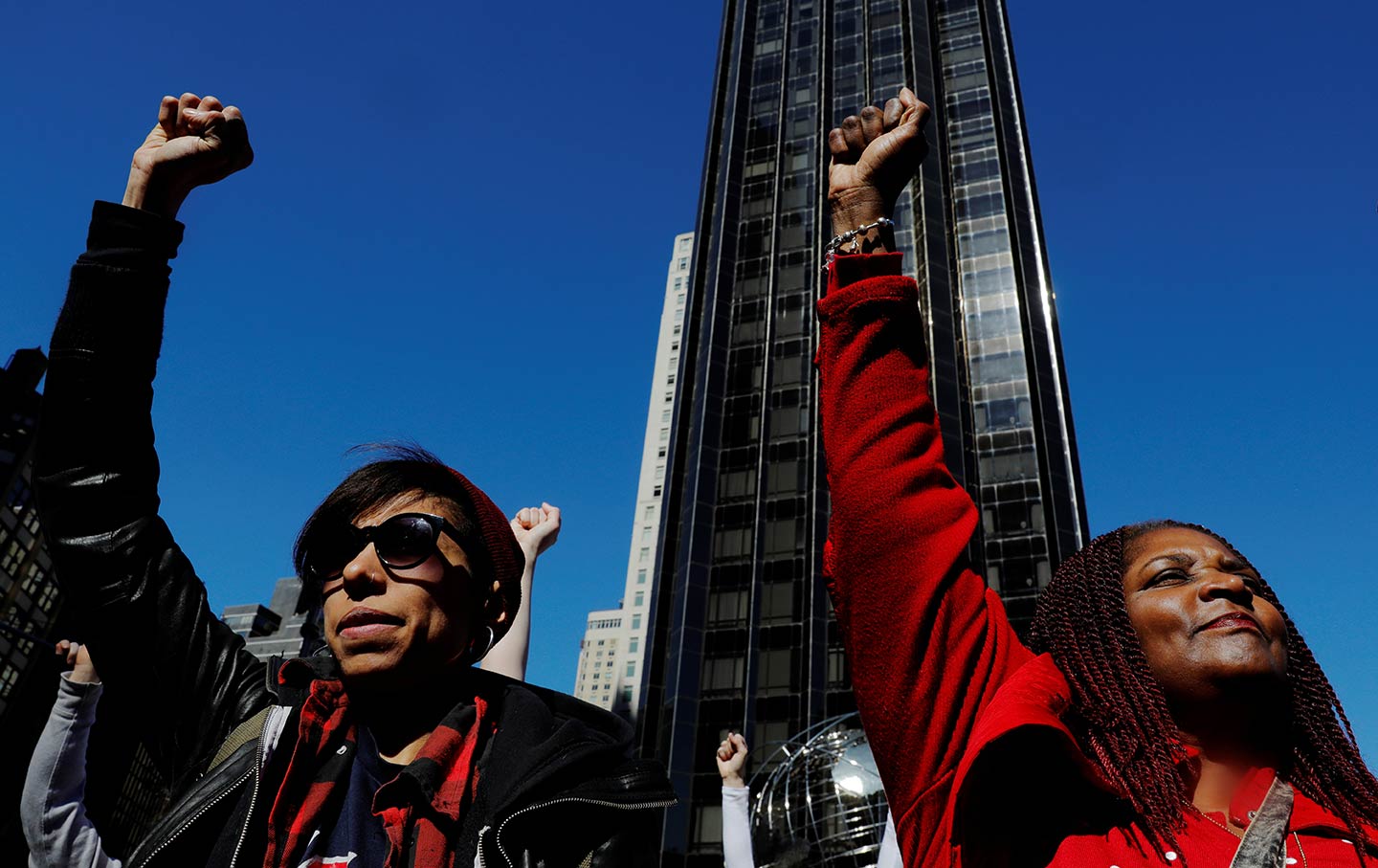 #MeToo Has Debunked the ‘Lean In’ Philosophy

And, that, perhaps is the rub. Professional women are taking collective—rather than just individual—action. This is not how leaning in was supposed to work.

Lean In falls squarely in the genre of self-help, which is often perceived as apolitical, but is, in fact, about as political as any genre can get. Self-help accepts our turbo-capitalist, what’s-in-it-for-me world as a given and offers us a roadmap to navigate it all by our lonesome self. The tropes of the genre argue that there is almost no problem that an individual can’t overcome with the proper amount of grit, hard work, and determination. Instead of suggesting we work to fix the society around us, self-help preaches we should change ourselves in order to maximize our chances of success. If that’s not political, I don’t know what is.

Sandberg’s book mostly hewed to this traditional line. True, she made nods at the copious evidence showing that women are discriminated against, that they need, for example, to walk a tightrope in the office, all too often simultaneously damned for being both too aggressive and not aggressive enough. But that sort of research wasn’t the bulk of the book. Lean In was never about challenging our market-loving, soul-sucking workplace power structures. It was, instead, a plea to let willing women in on them.

Sandberg argued that if career-minded women refused to admit defeat in the male-centered workplace, did not think about our (sometimes future) families, did not check out when we encountered barrier after barrier, and nicely asked our male superiors for promotions, raises, and pregnancy accommodations, we would ultimately—like one Sheryl Sandberg—find our way to the corner office.

But whether you work on Wall Street or on a factory floor, that’s not how power works. As any teenager—and most certainly the sudden activists of Parkland, Florida—can attest, those who possess control rarely share it without a struggle. Sandberg couldn’t or wouldn’t acknowledge that, for the simple and basic reason that she was part of the power structure.

Take, for example, Sandberg’s position on #MeToo. While she’s embraced the hashtag publicly, she has yet to take the practical action that would most help the movement along. Facebook still insists on employment contracts that mandate arbitration in the case of employee disputes and claims, including sexual harassment, something most experts in the field say discourages victims from reporting harassment at all. Instead, LeanIn.org, the nonprofit Sandberg founded to “empower women to achieve their ambitions,” launched a #MentorHer campaign, urging men to, yes, mentor women.

But the recent female success is not coming from playing up to traditional power brokers, or asking them, God help us, to mentor women. As academics Theda Skocpol and Lara Putnam note in a study published in the journal Democracy, the women of the resistance all too often need to defy traditional Democratic party apparatchiks to promote the causes and candidates they believe in. Their description of these women—“often employed or retired from teaching, business, nonprofits, or government social service posts”—sounds like many a Lean In reader.

It’s hard to avoid the suspicion that time is leaving Lean In behind. The book was the product of a more innocent era, when it seemed quite plausible to expect that the first African-American man elected president would be followed into office by the first woman to receive the nomination for the office from a major political party. It didn’t work out that way. And that changed everything—including how American women lean in. Thank goodness for that, at least.