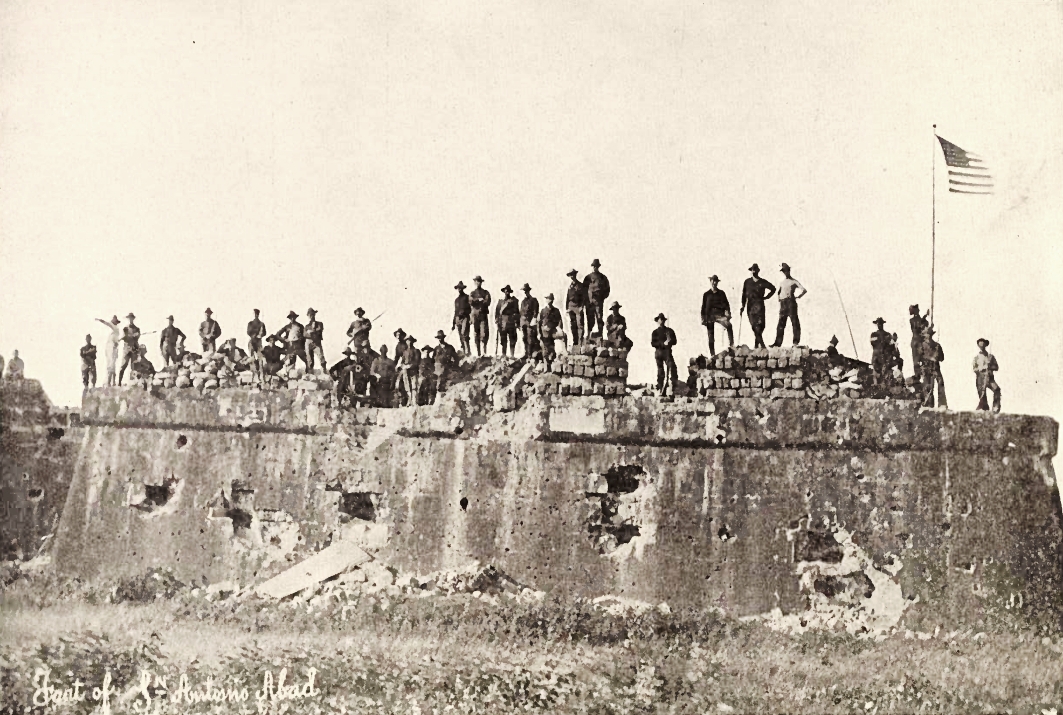 American troops raising the US flag over Fort San Antonio Abad after the Battle of Manila, in 1898, during the Spanish-American War. Photo via Wikimedia Commons.

After losing to the United States in Cuba, Spain attempted to cede possession of the Philippines to the United States, then entering the business of empire. But Filipino nationalists led by Emilio Aguinaldo thought the people themselves ought to have some say, and The Nation agreed. In an editorial titled “The End of the Beginning” (February 2, 1899), founding editor E.L. Godkin took direct aim at all of the idiotic assumptions underlying the American imperial project. In an interesting twist that many who claim the anti-imperialist mantle would prefer to forget, however, Godkin himself (and others of his ilk) often framed their argument against colonizing distant lands by describing the inhabitants of those places as backward and unready, or even unworthy, of the bounties of Anglo-American democracy. Even so, many of Godkin’s arguments against going to war for control of the Philippines could have been written in more recent years, when the United States again set off to conquer lands inhabited by people about whose wishes we knew, often by choice, next to nothing.

However the thing now goes, there are certain reflections which no enlightened and civilized man can escape. We have apparently rushed into this business with as little preparation or forethought as into the Cuban war. We got hold of the notion that it would be a good thing to annex 1,200 islands at the other end of the world, simply because we won a naval victory over a feeble Power in the harbor of one of them, and because people like [Attorney-General John W.] Griggs of New Jersey wanted some “glory.” We then went to work to buy 1,200 islands without any knowledge of their extent, population, climate, productions, or of the feelings, wishes, or capacity of the inhabitants. We did not even know their number. While in this state of ignorance, far from trying to conciliate them, assure them of our good intentions, disarm their suspicions of us—men of a different race, religion, and language, of whom they had only recently heard—we issue one of the most contemptuous and insulting proclamations a conqueror has ever issued, announcing to them that their most hated, and secular enemy had sold them to us, and that if they did not submit quietly to the sale we should kill them freely. This was bad enough, but what made it worse was that it was all, as a matter of fact, untrue. Is there in any history but Spanish history a record of statesmanship like this?