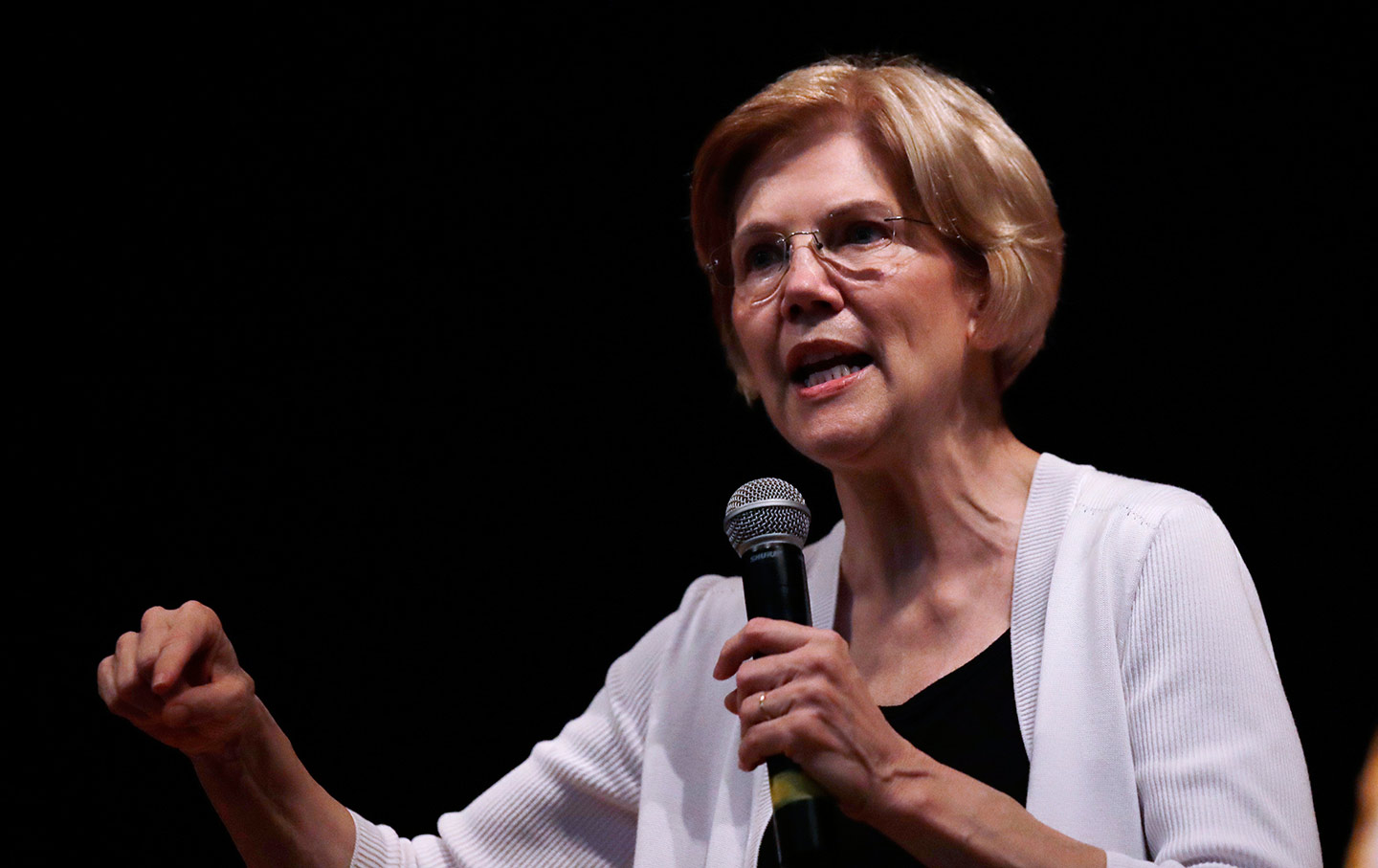 Elizabeth Warren’s proposed sweeping anti-corruption legislation—which would, among other things, ban members of Congress and White House aides from owning individual stocks—has generated speculation about her plans for 2020. “Elizabeth Warren’s anti-corruption push seen as latest sign she’ll run for president,” read the Boston Herald headline. Warren has done her best to keep the spotlight on the proposed legislation, but the idea of a national crusade against corruption in 2020 presents an appealing prospect for America. We could use a good old-fashioned campaign against official wrongdoing and the abuses of privilege that warp our politics and our governance.

Campaigning against corruption is as honorable an American political tradition as you will find. Teddy Roosevelt ran more than a century ago as a fierce anti-corruption crusader. “Political parties exist to secure responsible government and to execute the will of the people. From these great tasks both of the old parties have turned aside,” he declared. “Instead of instruments to promote the general welfare they have become the tools of corrupt interests, which use them impartially to serve their selfish purposes. Behind the ostensible government sits enthroned an invisible government owing no allegiance and acknowledging no responsibility to the people. To destroy this invisible government, to dissolve the unholy alliance between corrupt business and corrupt politics, is the first task of the statesmanship of the day.”

If Elizabeth Warren does decide to run on an anti-corruption platform, that would be terrific. Just as Zephyr Teachout is gaining traction (and a New York Times endorsement) for her “Champion Against Corruption” campaign for New York State attorney general, a national campaign against the corruption of Donald Trump’s White House and the Congress that sustains it could be just the ticket in 2020.

1. Padlock the Revolving Door and Increase Public Integrity by eliminating both the appearance and the potential for financial conflicts of interest; banning Members of Congress, cabinet secretaries, federal judges, and other senior government officials from owning and trading individual stock; locking the government-to-lobbying revolving door; and eliminating “golden parachutes.”

2. End Lobbying as We Know It by exposing all influence-peddling in Washington; banning foreign lobbying; banning lobbyists from donating to candidates and Members of Congress; strengthening congressional independence from lobbyists; and instituting a lifetime ban on lobbying by former Members of Congress, Presidents, and agency heads.

3. End Corporate Capture of Public Interest Rules by requiring disclosure of funding or editorial conflicts of interest in rulemaking comments and studies; closing loopholes corporations exploit to tilt the rules in their favor and against the public interest; protecting agencies from corporate capture; establishing a new Office of Public Advocate to advocate for the public interest in the rulemaking process; and giving agencies the tools to implement strong rules that protect the public.

4. Improve Judicial Integrity and Defend Access to Justice for All Americans by enhancing the integrity of the judicial branch; requiring the Supreme Court follow the ethics rules for all other federal judges; boosting the transparency of federal appellate courts through livestreaming audio of proceedings; and encouraging diversity on the federal bench.

Warren is not trying to link her “Anti-Corruption and Public Integrity Act” to presidential politics. She says, “I am not running for president in 2020. I am running for the Senate in 2018. The important fight coming up right now is the midterm election.”

That’s to be expected. And that’s fine. Warren needs to focus on getting reelected, and on getting other senators like her elected. If the midterms produce a new Congress that is ready to address corruption—including the corruption of Trump’s presidency—Warren may be satisfied to do her vital work from the floor of the Senate. But if she ultimately concludes that the campaign against corruption must be won on the campaign trail in 2020, that’s also fine. Very fine.

It is often imagined that the advancement of legislation that addresses a critical issue by a potential presidential contender should be viewed skeptically. But that’s absurd. The only presidential candidacies that ever matter for the good are those that are based on ideals and on agendas for achieving them.

If Elizabeth Warren eventually announces that she wants to be the modern Teddy Roosevelt, or the national Zephyr Teachout, more power to her—and more power to the people who might make such a candidacy the crusade against official corruption that is so desperately needed.

That’s a noble ambition that Congress should embrace. But if Congress stumbles, as it so frequently does, that’s an ambition that can and must be advanced in 2020—by Elizabeth Warren or by another candidate who recognizes that dissolving “the unholy alliance between corrupt business and corrupt politics” is the first task of the statesmanship of this day.