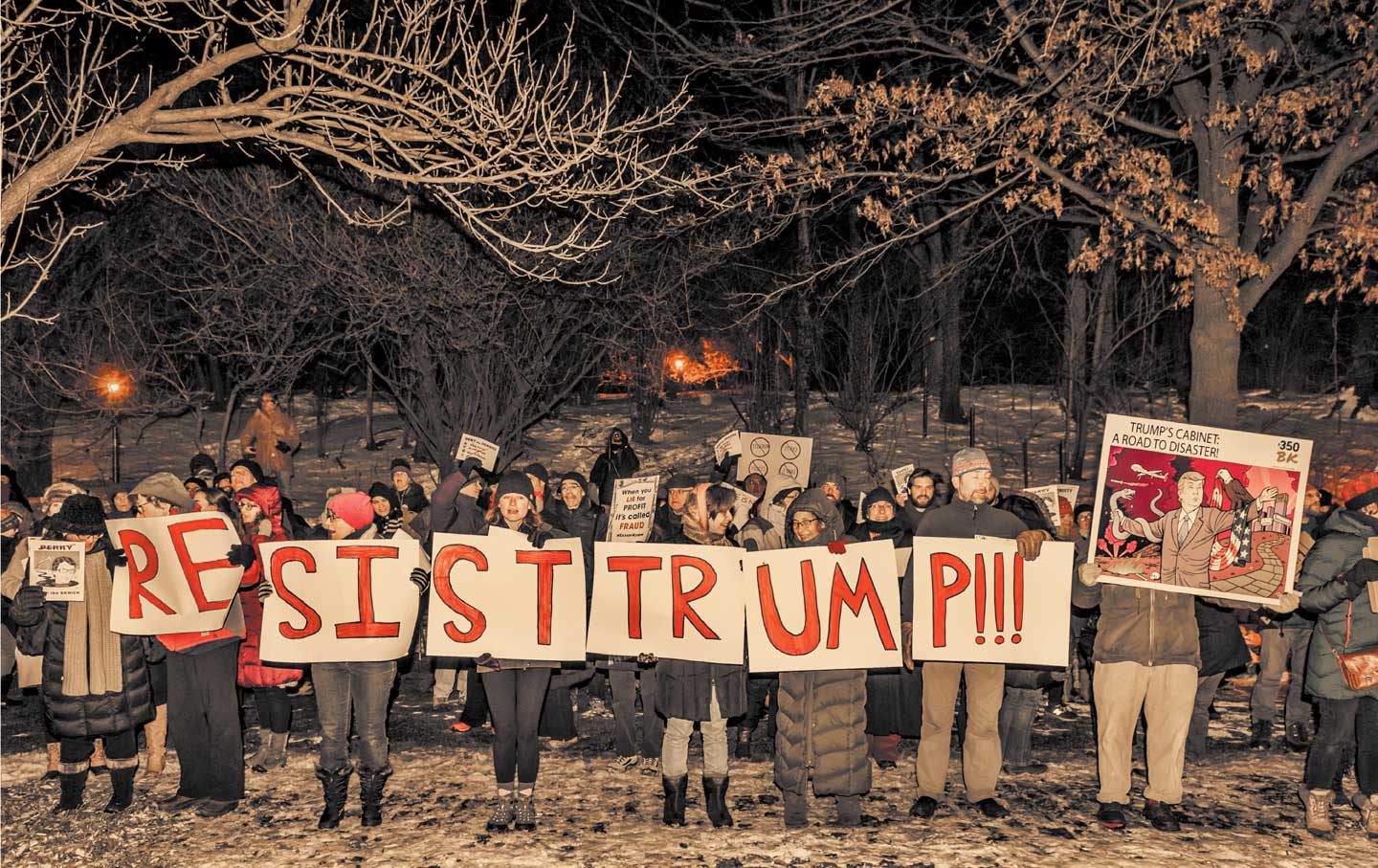 Donald Trump has no particular reverence for the First Amendment. He may not even understand it very well. During the campaign, Trump said he would “open up” libel law so that newspapers could more easily be sued. As president-elect, he tweeted that those who burn the American flag should be stripped of their citizenship and jailed. These threats are constitutional nonstarters. There is no federal libel law to “open up”: Libel is a matter of state law, and to the extent it is governed by federal law, it’s the First Amendment that governs. Similarly, the Supreme Court held in 1989 (in a case I litigated) that the First Amendment protects flag-burning and ruled in 1967 that citizenship is a constitutional right that cannot be taken away as punishment under any circumstances—not for murder, not for treason, and certainly not for flag-burning.

So these particular threats are empty, and they tell us more about Trump’s ignorance than about his actual plans. But the very fact that he would issue such threats is cause for concern. Trump seems to have little respect for anyone’s freedom of speech other than his own. In his private life, he has repeatedly abused libel law as a plaintiff, using his substantial resources to file dubious suits in attempts to bully those who criticize him. In fact, during the campaign, the American Bar Association drafted a report concluding that Trump was a “libel bully”—but then declined to publish it out of fear that it, too, would become a defendant in such a suit. Trump has also repeatedly attacked the press, attempting to undermine its legitimacy whenever it covers him negatively.

To the extent that Trump can take actions as president that run roughshod over First Amendment rights, there is every reason to believe he will not hesitate to do so, even if it’s difficult to pinpoint now in which contexts the threats will arise. The amendment’s central premise, after all, is that government officials must tolerate even very harsh criticism; they must tolerate expressions they hate. But “Trump” and “tolerance” are not words that go easily in the same sentence. His standard operating procedure is to bully his opponents into silence—and as president, his ability to do so increases exponentially. These kinds of actions can have a chilling effect—indeed, that is their purpose.

David Cole argues that the best check against Trump’s abuses is the First Amendment itself. Groups protecting and exercising free speech include:

ACLU: For almost 100 years, the ACLU has defended our civil rights and liberties. aclu.org

Planned Parenthood: The organization has provided health care and education to women for over 100 years. plannedparenthood.org

At the same time, the First Amendment is likely to be our savior in the Trump era. As we all know, Trump has a Republican majority in Congress and will have a conservative majority on the Supreme Court once he appoints Antonin Scalia’s successor. So where will the vaunted “checks and balances” of our constitutional order come from?

They will come from us, and it’s the First Amendment that guarantees our right to them. The Constitution’s checks and balances are not limited to the formal separation of powers. The First Amendment itself serves a critical checking function, by safeguarding the rights of citizens to criticize government officials, to associate with like-minded citizens in collective action, and to petition the government for redress of grievances. It is this First Amendment tradition that protects the institutions we will rely on to push back against Trump’s abuses.

The press has its own express protection in the First Amendment, and it will play a critical role in bringing abuses to light and arming citizens with information and arguments. Think Watergate. The academy, protected by the doctrine of academic freedom, will also be essential—questioning Trump’s policies, providing empirical evidence to refute his assertions, and educating citizens about the value of our civil liberties and civil rights. And the nonprofit sector, including organizations such as Planned Parenthood, the NAACP Legal Defense Fund, the ACLU, the American Immigration Lawyers Association, 350.org, and the groups that comprise the Movement for Black Lives, will be a focal point for organizing, educating, litigating, and inspiring resistance. If we are saved, it will be thanks to actions by citizens exercising their First Amendment rights against Trump.

Upon exiting the Constitutional Convention, Ben Franklin was asked what the framers had achieved. He replied, “A republic, if you can keep it.” The onus is on us. By protecting the freedom to speak, organize, publish, and petition, the Constitution ensures that we have the means at our disposal to maintain our republic. What the framers couldn’t give us is the will to use those means. But if the response to Trump thus far proves anything, it’s that the will to resist is there.