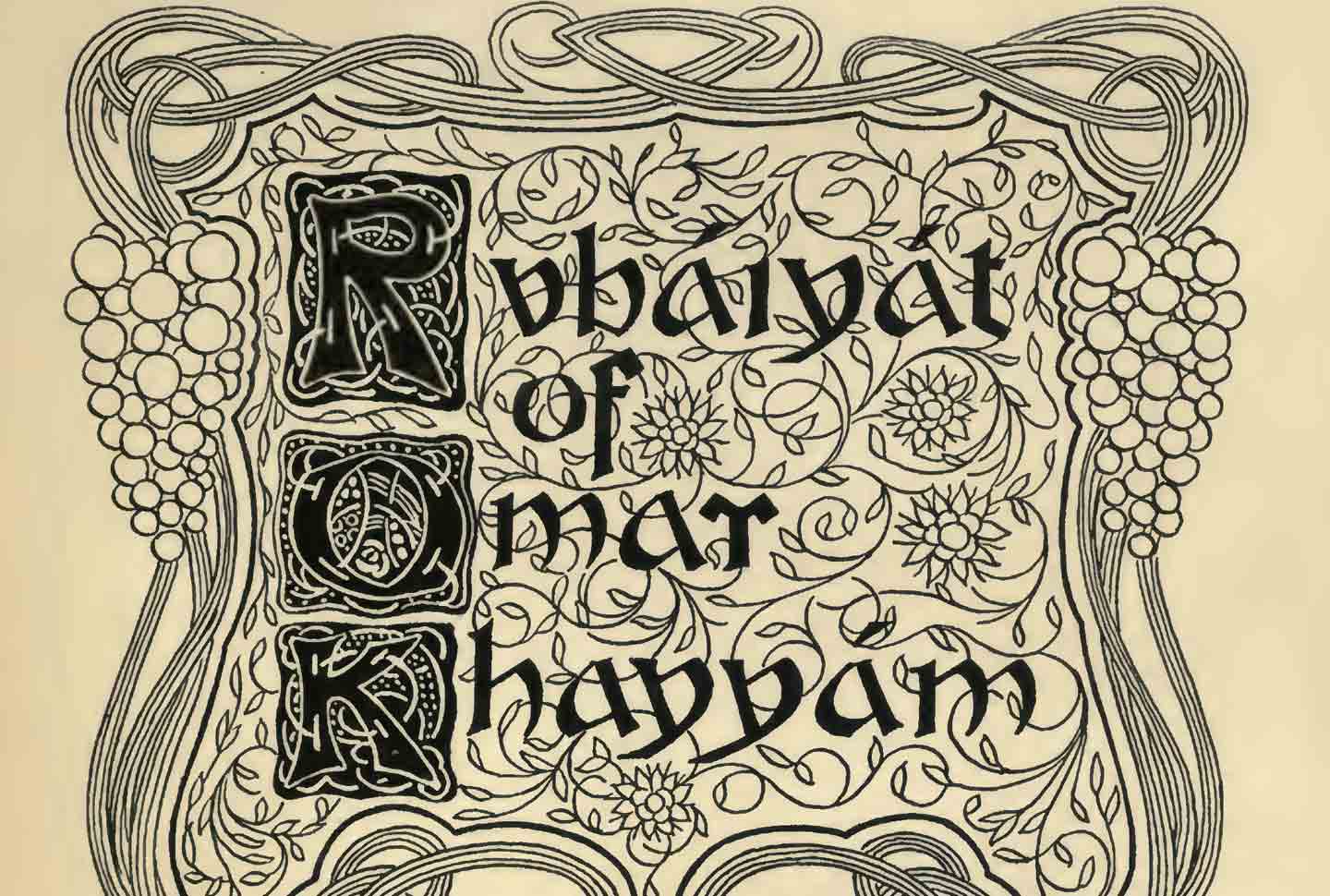 The Rubaiyat of Omar Khayyám, a collection of over one thousand poems, was first translated by Edward FitzGerald in 1859. (Public Domain Mark 1.0)

The Rubaiyat of Omar Khayyam, in Edward FitzGerald’s innovative and witty 1859 translation, went viral in the West for the first two-thirds of the twentieth century. It created an alternative to Orientalist images of the Middle East as roiled by religious fanaticism, puritanism, and obscurantism. It seems to me to have been adopted by many writers and intellectuals as an aid to their own secularization. A century and more ago, it came as a revelation to Mark Twain, Ezra Pound, and Robert Frost that a medieval Muslim Iranian astronomer, Omar Khayyam (d. c. 1126), could have attained secular insights into life of such profundity. Clarence Darrow, who argued for Darwin in the famed Scopes Monkey Trial, lauded and quoted the Rubaiyat. It went on to inspire generations of poets, including Woody Guthrie, Jack Kerouac, and Jerry Garcia of the Grateful Dead.

FitzGerald’s translation is fine poetry, but its Romantic style and Victorian vocabulary make it hard going today. It also was not always very loyal to the letter of the original, though I would argue it generally conveyed the spirit. The poetry is Iranian and Indo-Persian folk verse, and not actually by Khayyam, the great astronomer and mathematician of the Seljuq Empire. Still, it was widely thought to be the work of a prominent scientist, and The Rubaiyat of Omar Khayyam was cherished in much of the civilized Old World for a millennium by open-minded Muslims, Hindus, Christian Armenians, and India-based British and other Persian speakers, who clearly enjoyed its assault on petty-minded orthodoxies.

In these days of ISIL and terrorism, when what I have called “Islam Anxiety” has reached a fever pitch, we have never needed alternative images of Middle Eastern civilization more. I think we need the Rubaiyat back. I am involved in translating it anew, into contemporary idiomatic American English. I am basing my renderings on the same 1460 manuscript that provided much of the text for FitzGerald, who was criticized by Robert Graves for keeping the original Persian rhyme scheme, which forced him to depart from the original for merely formalistic reasons. I therefore prefer free verse or blank verse for this purpose. While “Rubaiyat” literally means “quatrains,” some of the original lines are dense in their meaning and imagery and cannot usefully be brought into English.

Here, I’d like to present a few stanzas in support of my argument that this poetry invented a form of secularism that modern British and American thinkers recognized as such when they saw the FitzGerald translation. I mean by this that the poetry is skeptical of religious verities and of idiocies like astrology; questions the notions of transcendence and heaven and hell; values the human over abstract doctrines; and locates the meaning of life in its simple pleasures. It helps to know that wine was forbidden in clerical Islam. The verses do not, however, encourage narcissism, urging a principle of not harming others.

In monasteries, temples and retreats

they fear hellfire and look for paradise.

But those who know the mysteries of God

don’t let those seeds be planted in their hearts.

For how long will I waste my time,

then, laying bricks atop the sea?

I’m done with the idolaters

who throng to temples and to shrines.

Who says Khayyam is doomed to hell?

Which one has dropped in down below;

who’s gone to paradise and back?

Why were you so kind

and generous at first?

What were all the flirting

and good times about?

Now you just seem to want

to break my heart;

What was all that?

At first I sought the pen of fate, and the

eternal tablet it wrote on, and hell

and heaven in the sky. But then my guide

instructed me: “All four lie within you!”

Deep in my dream, I heard a sage cry out:

“What joy has slumber ever caused to bloom?

Why do a thing that looks so much like death?

You cannot pierce the veil of mystery,

or grasp this strange arrangement of the world:

You do not have a home save in black earth!

Signs of the zodiac,

you give something to every asshole.

You hand over to them

while the noble of character have to gamble

to pay for their nightly bread.

Who would give a fart for such a constellation?