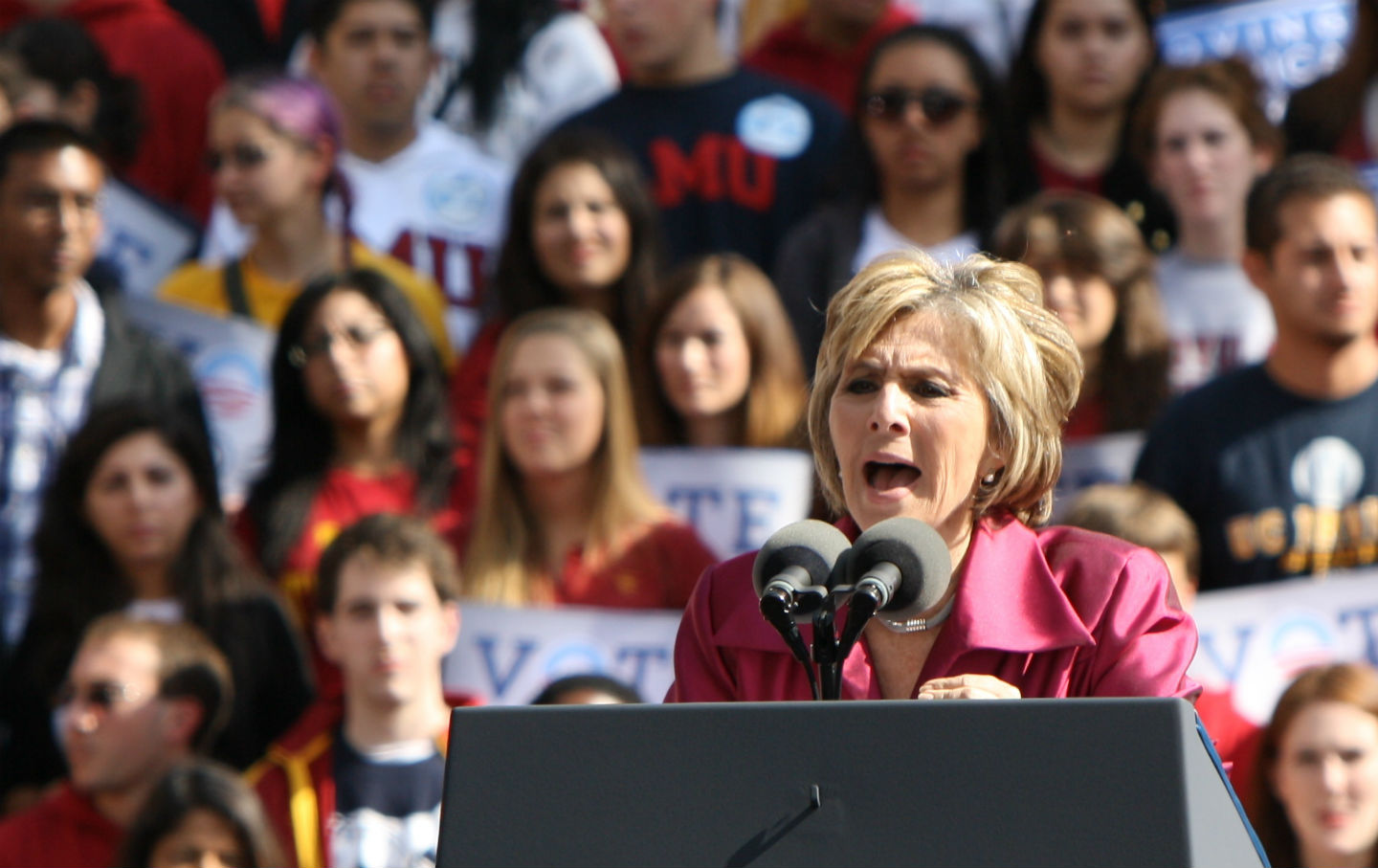 For an instructive example of how unfettered money in politics corrupts the legislative process, consider a chemical-safety bill under deliberation in the Senate.

The legislation, sponsored by Louisiana Republican David Vitter and New Mexico Democrat Tom Udall, would reform the 1976 Toxic Substances Control Act (TSCA), which the chemical industry and environmental and public health advocates alike say is severely outdated. In the absence of solid federal protection from the roughly 1,000 chemicals that the Environmental Protection Agency judges as potential health hazards, more than half the states have picked up the slack by putting their own regulations in place. The bill’s opponents warn it would undermine these state laws, without strengthening the EPA’s oversight powers enough to compensate. Unsurprisingly, the proposed overhaul has the “unequivocal support” of the chemical industry.

One of the bill’s chief critics is Barbara Boxer, the ranking Democrat on the Environment and Public Works Committee. Boxer, who has introduced a competing bill with stronger consumer protections, has been highly critical of the role chemical companies have played in the development of the Udall-Vitter legislation. “I’ve been around the Senate for a long time, but I have never before seen so much heavy-handed, big-spending lobbying on any issue,” Boxer was quoted saying in a New York Times article in early March. “To me it looks like the chemical industry itself is writing this bill.”

Boxer may have been right to question its authorship. Early in the week Hearst Newspapers got its hands on a draft version that was circulated by Udall’s office in anticipation of a committee hearing on Wednesday. Someone at Hearst checked the authoring information contained in the Word document—and found that it originated with the American Chemistry Council, the “leading trade organization and lobbyist for the chemical industry.”

Although Udall has a strong environmental record, he’s become cozy with ACC and other industry groups over the two years he’s spent working on the TSCA overhaul, as the same Times article revealed. He has raised “tens of thousands” of dollars from chemical interests, and the ACC even ran a television ad on his behalf. “The leadership he is providing is absolutely critical,” the group’s president and lobbyist Cal Dooley told the Times. Udall and the other sixteen cosponsors of his legislation received, on average, about 70 percent more from chemical companies than other senators.

Udall’s office and ACC insist the digital link between the document and the lobby group indicates only that after Udall’s office circulated the draft to stakeholders, someone at ACC saved a version and sent it back to the senator’s staff. But the Environmental Working Group, one of the bill’s chief opponents, and Boxer’s office told the SF Gate the draft version they received had the same authoring information.

Even if the bill didn’t fully originate with ACC, it’s clear that the chemical industry—which has a financial incentive to keep regulations loose—has left its mark on the Udall-Vitter legislation. The bill would bar states from regulating a chemical once the EPA designates it as “high priority” for assessment, a process that can take up to seven years. It requires the EPA to start reviewing a minimum of twenty-five chemicals within five years, but at that rate, it could be centuries before the agency got through the 1,000 chemicals is says need assessment. (To make matters worse, the underfunded EPA is known for missing deadlines.) To date the EPA has only ever banned five chemicals, and mandated testing on a mere 200 of the 80,000 in use in the United States.

Consumer advocates worry that if the bill passes, protections already in place would be completely undone while the EPA proceeds to examine only a small number of chemicals at a glacial pace. A number of organizations including Physicians for Social Responsibility, the Natural Resources Defense Council, United Steelworkers and the Breast Cancer Fund, along with eight state attorneys general, have pointed out these and other serious flaws. Some, like the Environmental Working Group, consider it worse than the existing regulatory framework; EWG says it “fail[s] to ensure that chemicals are safe, fail[s] to set meaningful deadlines for safety reviews, fail[s] to provide EPA with adequate resources and [denies] states the ability to protect public health and the environment.”

Nevertheless, in a sign of how broken the 1976 law is—the oft-repeated example is that it doesn’t even allow the EPA to ban asbestos—other health and environmental groups support the bill anyway. Anything stronger, they say, and it will lose Republican support, making it impossible to pass. “I don’t want to be facing another Senate committee twenty years from now, testifying about a sixty-year-old law. Nor do I want have to tell my daughter that she and her future children will not have a greater level of protection because we failed to pass a good, even if not perfect, law,” Lynn Goldman, a professor of environmental health at George Washington University, testified before the Senate committee on Wednesday.

It may be true that a bill that truly protects consumers from harmful chemicals can’t pass Congress in its current form. But that’s a stone that shouldn’t be cast against advocates for something better than the Udall-Vitter compromise. It’s an indictment of the pay-to-play political system and the legislators who gamely reward their corporate sponsors.