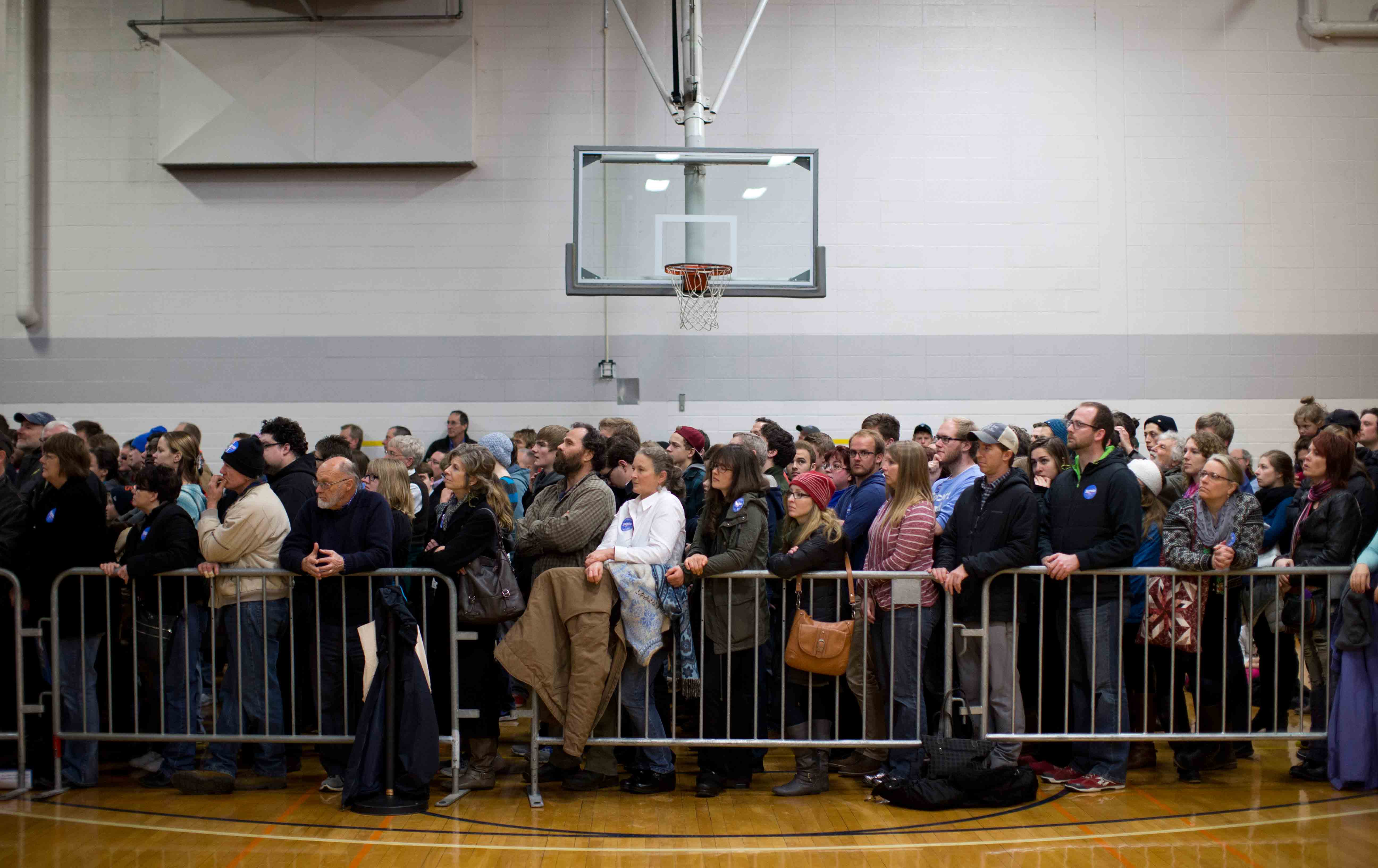 In some corners of the Internet, the hostilities that began during the 2016 Democratic presidential primaries appear to be as heated today as they were three years ago. That isn’t typical. The 2008 primaries, for example, were just as hard-fought—and at times nasty—but the animosity that simmered between Obama and Clinton supporters was largely forgotten by the time the general election was settled.

According to widely held conventional wisdom, this dynamic endures because the Sanders campaign exposed a serious ideological rift in the Democratic coalition between pragmatic, center-left Democrats and their more progressive rivals. Those who subscribe to this theory portray the conflict as a “battle for the heart and soul” of the party.

It’s true that there are real and substantive ideological disagreements within Democratic and progressive circles, something that’s being highlighted as the 2020 candidates carve out their positions on immigration, Medicare for All, and more. Big, schismatic and often unwieldy coalitions are inherent to a two-party system, and the 2016 campaign did highlight intra-coalition disputes over ideology, policy, and strategy that long preceded those primaries.

But the evidence suggests that while the Democratic coalition writ large differs on specific policies and tactics, it is relatively unified in its ideological turns. Progressive strategist Sean McElwee is overly confident when he says that “the progressive domination of the Democratic Party is palpable,” but it is true that a major shift has taken place, and the party is in a far more progressive place than it was 20 years ago, when the dominant faction within the coalition was calling for smaller government, less intervention in the economy, and lower taxes. None of the 24 presidential candidates in this campaign opposes reproductive freedom or brags about having an A rating from the NRA. Earlier this year, Pew found that Democrats are “largely united on immigration, same-sex marriage and race.” 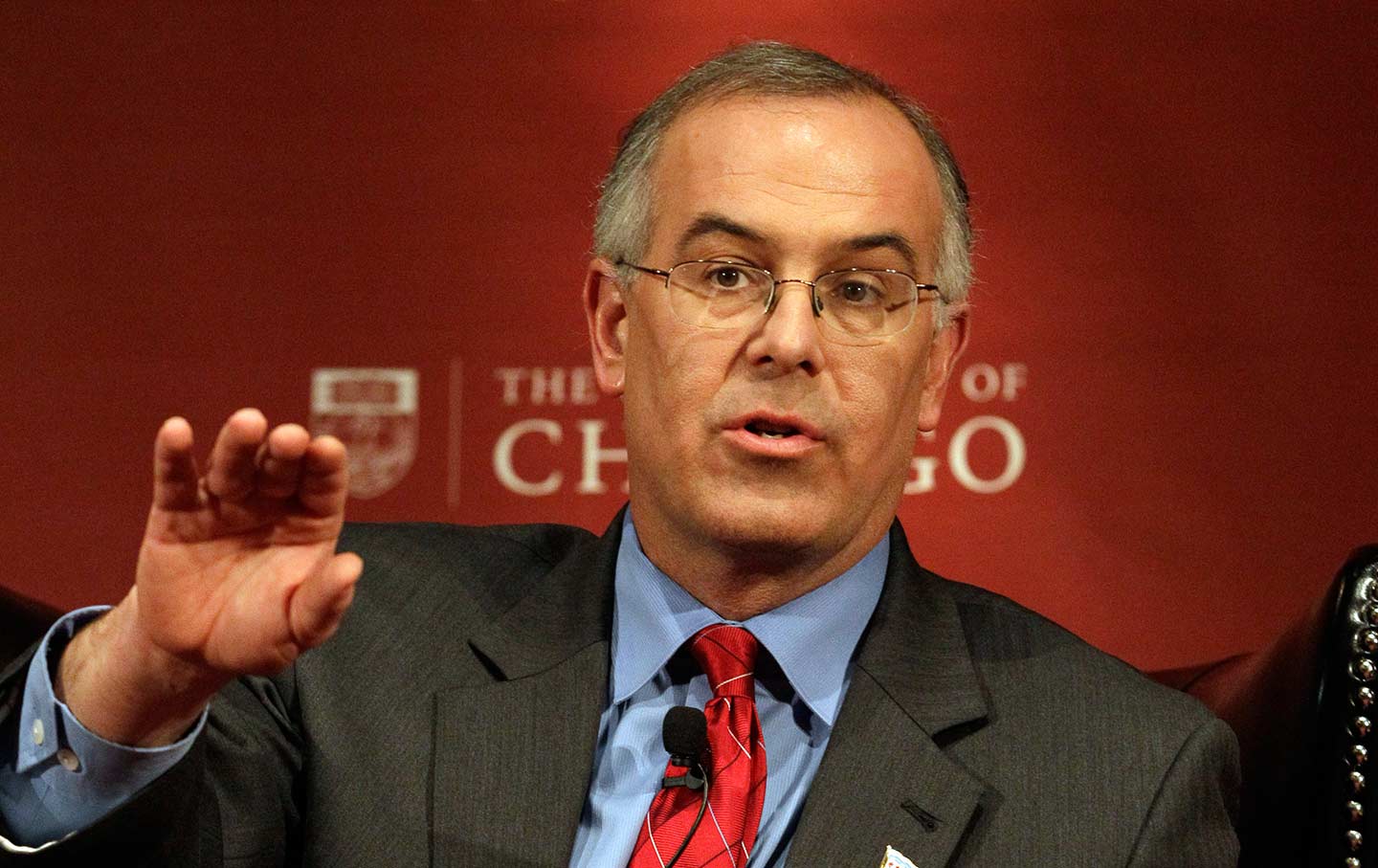 Those who supported Bernie Sanders or Hillary Clinton in 2016 also didn’t fit neatly on a left-right axis. According to the cumulative 2016 primary exit polls (conducted in 27 states with diverse electorates), Bernie Sanders defeated Hillary Clinton by a 2-1 margin among primary voters who wanted the next president to pursue “more liberal” policies than Obama, but he also won narrowly among voters who favored “less liberal” policies. (Clinton won the largest group—those who wanted the party to continue the policy agenda that Obama had pursued during his two terms in office.)

Those are broad terms. Lee Drutman, a political scientist at Johns Hopkins University, conducted a study using traditional research questions to get at the ideological differences between the candidates’ supporters. He created a data set based on repeated interviews with the same voters over time, and he concluded that there were only modest policy differences between Sanders and Clinton voters in 2016. “There’s not a lot of divide on ideology,” he told me in 2017. “Across a wide range of issues, Clinton’s primary voters looked a lot like Sanders’s voters. The party is more united on first principles than the Republican Party is.” The larger divide, which some might argue is ideological in a sense, was that Clinton supporters tended to have more faith in our institutions than those who backed Sanders.

By contrast, Drutman found that Republican voters are far more deeply divided along ideological lines than are Democrats, a finding that Georgetown’s Hans Noel echoed in his research. While “both the Republican and Democratic parties are internally divided,” Noel wrote, “among Democrats, the cleavage is mild.” This shouldn’t be a surprise; a recent study by four political scientists found that those who identify as progressives and liberals “do not significantly differ in issue positions, issue priorities, or feelings toward Hillary Clinton or Bernie Sanders,” and what differences did exist seem “to be more social than policy-based.”

So why does the conflict from a three-year-old primary contest remain so raw?

One likely reason is the amplification effect of social media. We’re watching a bitter food-fight between very online activists with outsize followings. In 2008, only six million adults were reportedly on Twitter worldwide. By mid-2017, that number had grown to 328 million.

But another reason for the continuing intensity of the conflict, one that fits better with the data, is that it remains an open wound because it was deeply wrapped up in identity.

While there wasn’t a neat cleavage between Sanders and Clinton supporters’ ideological positions, the demographic splits were pretty stark. Clinton won among nonwhites 71-28 (and among African Americans 78-21), and Sanders won among young voters by an identical 71-28 margin. (Men were evenly divided, but women broke for Clinton 62-37.)

When political divisions are grounded in identity rather than ideological and policy differences, they’re far more toxic and enduring. Think about white Southerners’ abandoning the Democratic Party en masse in the years after Lyndon Johnson signed the Civil Rights Act of 1964 and Civil Rights Act of 1965. Or Latinx (and other groups’) support for the California GOP cratering after then-Governor Pete Wilson pushed Prop 187, an anti-immigrant law so harsh that they saw it as a direct threat to their existence.

Ideological differences are no doubt significantly more pronounced among activists than rank-and-file voters, but much of their conflict is also grounded in the demographic divides between the Sanders and Clinton coalitions. If your social media timeline looks anything like mine, the fight over whether Sanders supporters are sexist “Bernie bros” is still intense. Clinton backers have long insisted that it’s a valid archetype, while Sanders supporters say it’s a slur that erases young people of color, the majority of whom appear to have gone for Sanders, and the women who voted for him.

Consider the continuing tensions between Black Lives Matters activists and strong Sanders supporters—a conflict that began when the former interrupted several Sanders speeches during the 2016 campaign. Some Sanders supporters assumed that BLM activists would see Sanders as a natural ally because of his focus on economic inequality; many BLM activists resented that, and argued that Sanders failed to substantively address race in his campaign. Clinton’s more ardent supporters are quick to remind you about Susan Sarandon’s suggesting that people like them were “voting with [their] vagina,” and supported her “JUST because she’s a woman,” and those in the opposing camp are just as likely to bring up Gloria Steinem’s contention that younger women were breaking toward Sanders only because they were thinking, “Where are the boys? The boys are with Bernie.” These weren’t debates about the merits of social democracy relative to democratic socialism or which candidate had the better approach to health care or the college debt crisis.

What began as political differences during the early stages of the 2016 have deepened and become wrapped up in identity. They are now to a significant degree tribal conflicts, with each side recalling past slights and embracing a common set of shared beliefs about the nature of the Democratic Party, why Trump won—and how Clinton won the primaries—and about which group has treated the other with more disdain, among other matters of faith.

Meanwhile, poll after poll finds that rank-and-file Democrats are less interested in the ideological “battle for the heart and soul of their party” that pundits and political junkies embrace than they are in just beating Trump. That may prove to be a problem for the Sanders campaign, which is once again running against both the GOP and the Democratic establishment.

Let’s hope that the hunger to defeat both a president that virtually everyone in the coalition finds utterly abhorrent and an emboldened white nationalist movement means the conflict that ripped Democratic activists in 2016 doesn’t reignite in 2020.