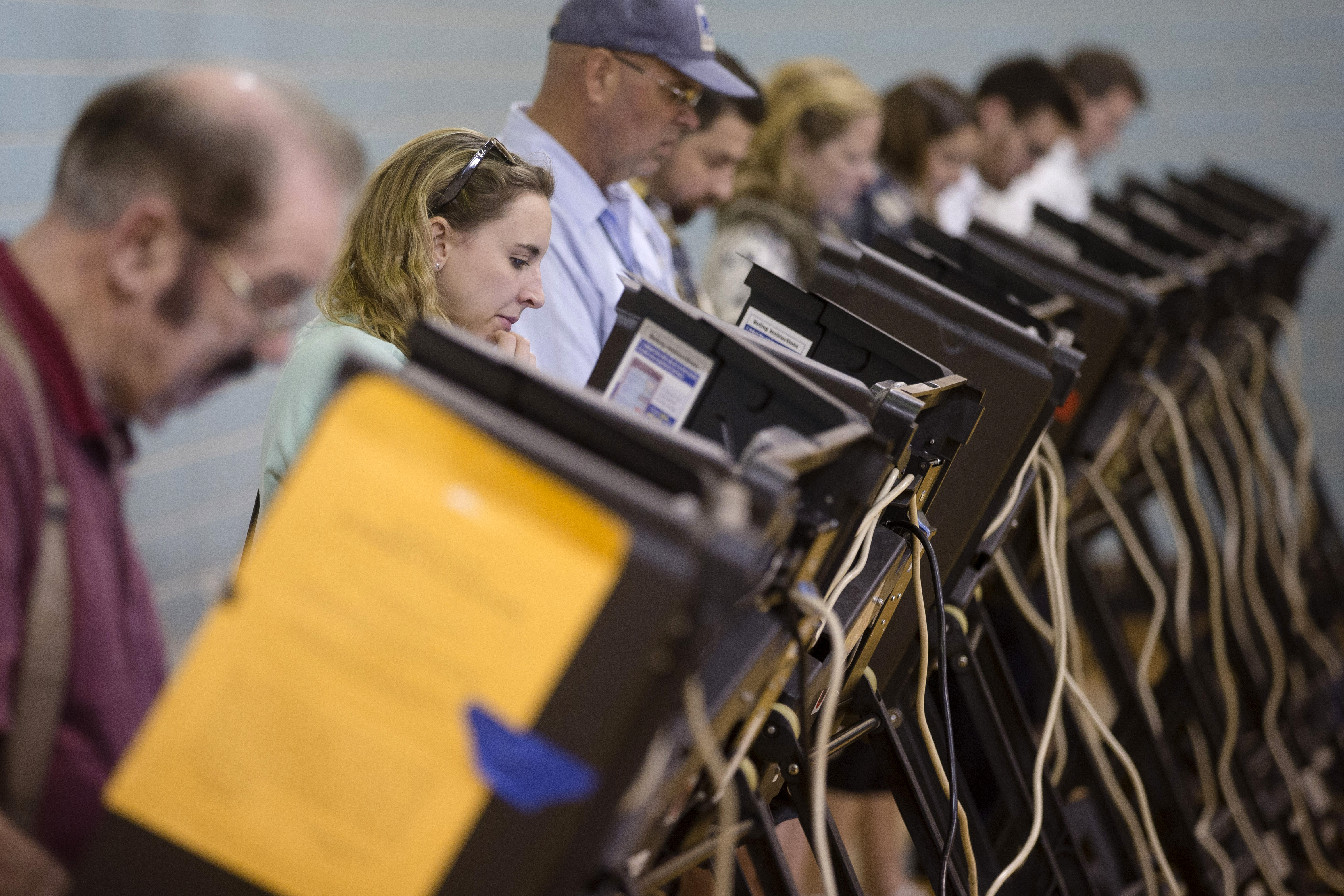 Last week Democrats agreed on the strongest platform on voting rights in the party’s history. A key plank of that platform called for “universal automatic voter registration,” a potentially transformative electoral reform that could add 50 million unregistered Americans to the voting rolls.

Now congressional Democrats are backing that up by introducing the most comprehensive federal automatic-voter-registration bills in the House and Senate. The Automatic Voter Registration Act of 2016 is sponsored by Representative Bob Brady and Senators Patrick Leahy, Dick Durbin, and Amy Klobuchar. (A similar bill was introduced in the House last year by Rhode Island Democrat David Cicilline with 100 co-sponsors.) No Republicans have signed on to the House or Senate version.

Here’s how the legislation works, according to a summary from Leahy’s office:

Every time a person eligible to vote interacts with any one of numerous designated state and federal agencies, that person will be “automatically” registered to vote unless the person opts out of registration (that is, affirmatively declines).

The automatic registration system will go into effect at agencies currently required by the National Voter Registration Act of 1993 (NVRA) to provide voter registration services, like the DMV, social service agencies, and agencies serving people with disabilities.

This will make voter registration far easier, cheaper, and more accurate. “There is no reason why every eligible citizen cannot have the option of automatic registration when they visit the DMV, sign up for healthcare, or sign up for classes in college,” says Leahy, the ranking Democrat on the Senate Judiciary Committee. “We live in a modern world, and we should strive to have a registration system that reflects that.”

Bernie Sanders introduced an automatic registration bill on the 50th anniversary of the Voting Rights Act last year and Hillary Clinton touted the reform while campaigning with Sanders in New Hampshire. “Here’s another radical idea: let’s make it easier to vote, not harder,” Clinton said. “All Americans should automatically be registered to vote on their 18th birthday.”

We must implement universal voter registration, so that anyone 18 years of age or older who is eligible to vote is automatically registered.

With the legislative branch paralyzed by partisan gridlock, progress is already happening in the states. Five states have adopted automatic registration in the past year—Oregon, California, Vermont, West Virginia, and Connecticut—and 120,000 new voters have been automatically registered at the DMV in Oregon in six months since the program launched in January, a fivefold increase compared to previous election cycles. 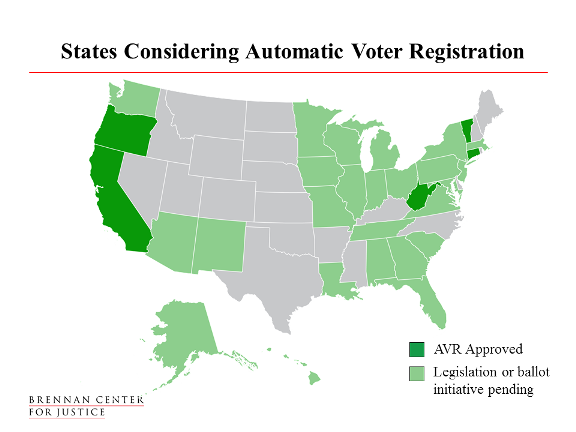 Automatic registration can lead to a dramatic increase in the number of registered voters while also making the electorate more representative of the country as a whole. In California, where automatic registration at the DMV is scheduled to be implemented in July 2017, a new study finds that 2.4 million people could be registered in the first year, creating an electorate that is younger and more racially and socioeconomically diverse.

Four months before a major presidential election, it’s a national disgrace that a quarter of Americans are still not registered to vote.

Leahy is also the sponsor of the Voting Rights Advancement Act, which would restore critical sections of the Voting Rights Act that the Supreme Court gutted in 2013. August marks the 51st anniversary of the VRA—and the first presidential election in 50 years without the full protections of the law—yet congressional Republicans have planned five hearings on Hillary Clinton’s e-mails but not a single one on protecting the right to vote.