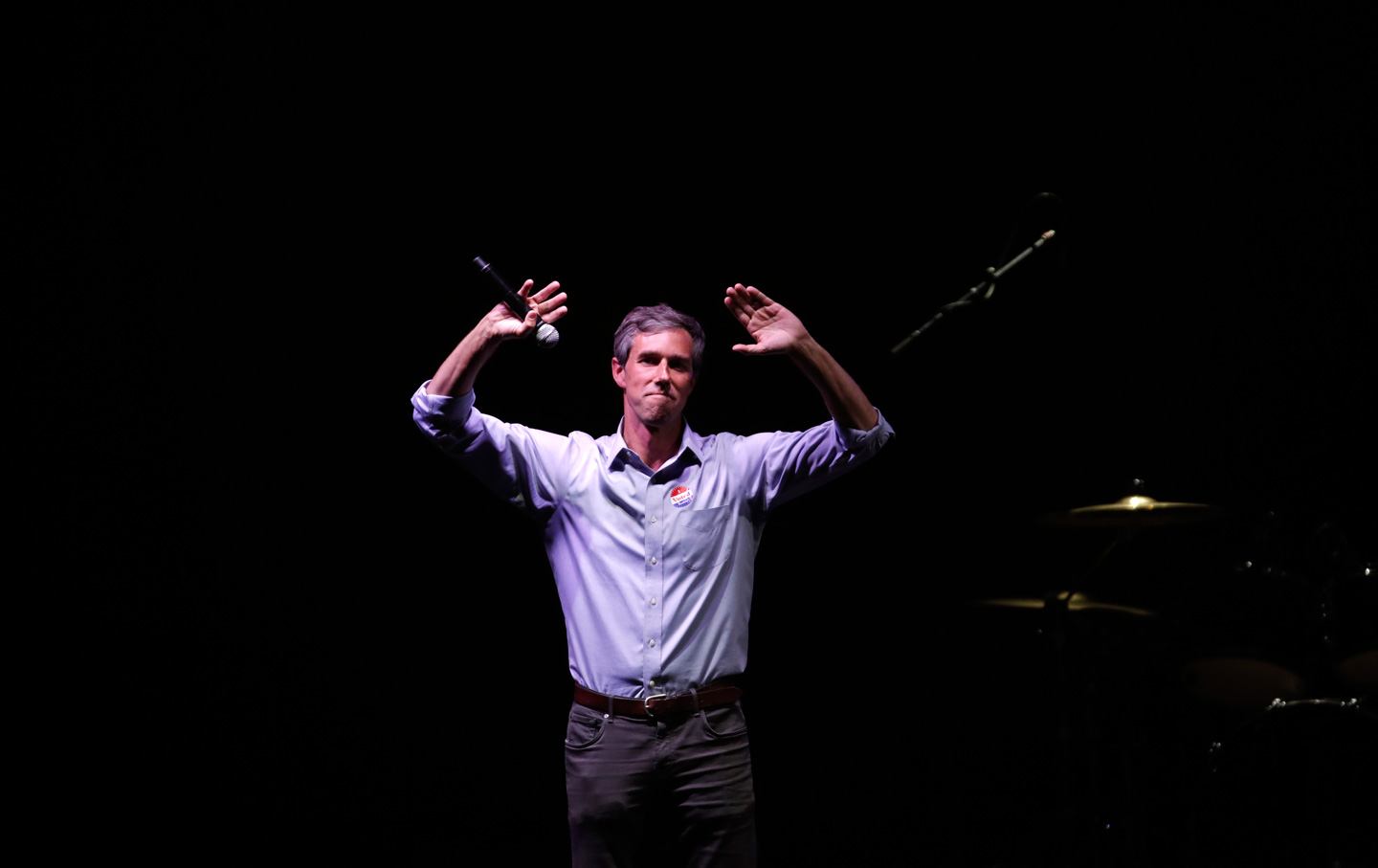 Waking up this morning and looking at the midterm results, I kept returning to the British expression “a curate’s egg”—an object or turn of events described as “good in parts.” The end of Republican control of the House of Representatives is certainly good news.

So too is the Democratic pickup of seven governors, with the ouster of union foe Scott Walker in Wisconsin and Kris Kobach, the Kansas poster boy for voter suppression, particularly worth savoring. Jared Polis’s victory in Colorado makes him the first openly gay governor in the country, which is especially sweet since he ran on universal health care, stricter gun laws, and the expansion of public education.

The election of Alessandra Biaggi, Zellnor Myrie, Jessica Ramos, and other successful challengers to the misleadingly labelled Independent Democratic Conference means that New Yorkers will finally get the Democratic State Legislature they have long voted for, which in turn might increase the pressure on Governor Andrew Cuomo to make good on his progressive rhetoric. As a close observer of Zephyr Teachout’s 2016 loss in New York’s 19th Congressional District, I was pleased to see Antonio Delgado overcome John Faso’s race-baiting campaign (although Delgado’s ability to raise $7.8 million to Faso’s $3.6 million—not a feat most Democratic challengers can emulate—suggests that Teachout’s focus on the corrosive effects of money on our politics is more relevant than ever). And while Andrew Gillum’s narrow defeat in Florida by Trump sock puppet Ron DeSantis is a particularly bitter disappointment, the passage of Amendment 4, which restores the right to vote to convicted felons who have completed their sentences, is a huge win for progressives and, with 64 percent of Floridians voting in favor, an indication that, slowly, the state is changing.

So much for the good news. The Senate was always going to be tough for Democrats, who had to defend 26 seats—10 in states that voted for Trump in 2016—while the Republicans only had to defend nine. I’d argue that Claire McCaskill, who ran ads distancing herself from “crazy Democrats,” and Joe Donnelly, an abortion foe who was also bad on guns, immigrants, and the environment, are no great losses. But the battle for the Senate was never about individuals; it was about breaking Republican control—a rationale that might even justify the existence of Joe Manchin. Instead, the GOP has strengthened its grip on the upper house, making it even easier to confirm right-wing judges to the bench and corporate lackeys to the agencies that are supposed to protect us. 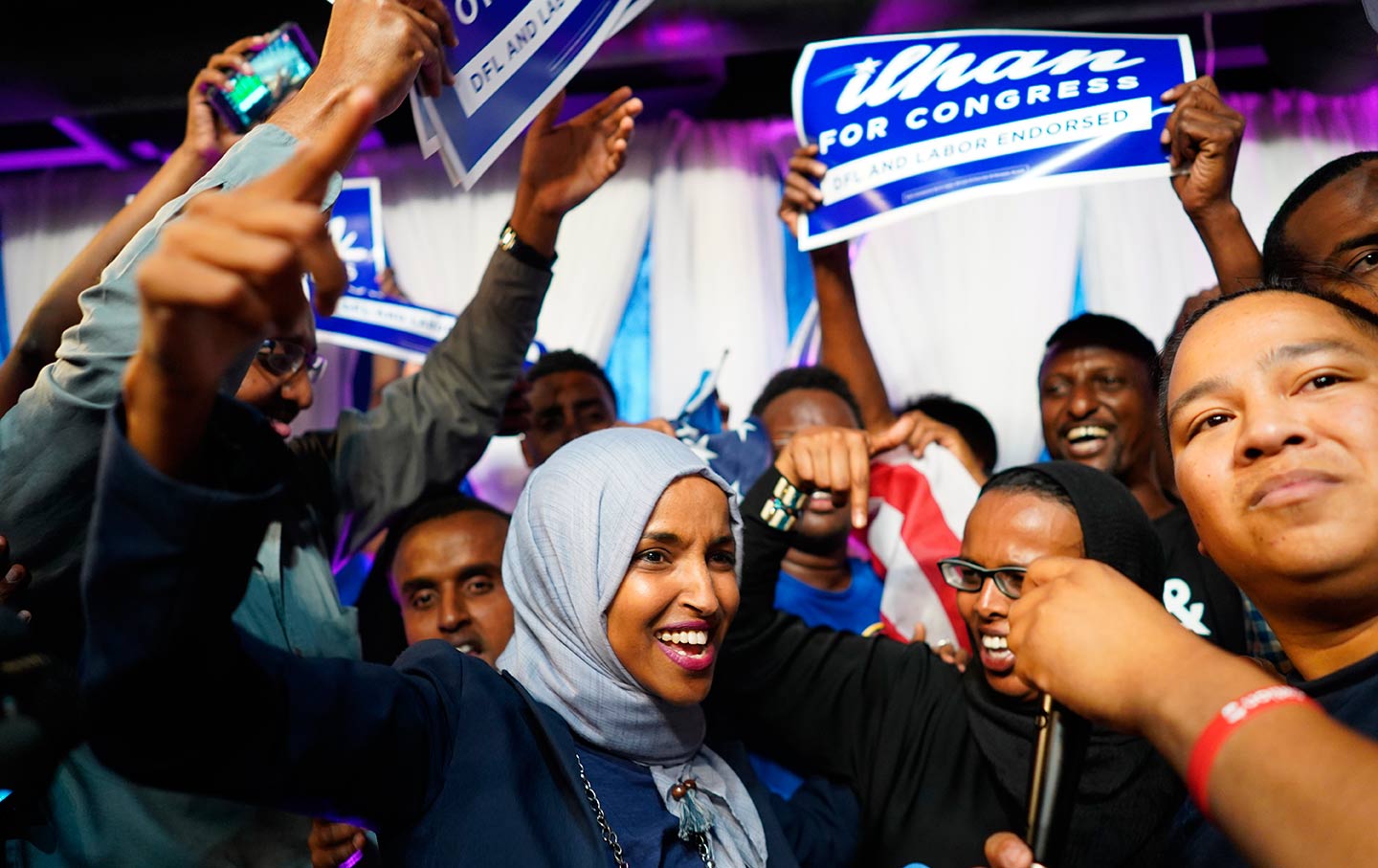 The 2018 Election: A Blue Wave With a Harsh Red Undertow

Meanwhile, anyone hoping to ride the once-promised blue wave has been left high and dry. Headline heartbreaks in Florida, Texas, and Georgia—where, as I write, Stacey Abrams has yet to concede—are only the most stinging losses from a national Democratic strategy premised on the repudiation of that man in the White House. To be fair, Gillum, Abrams, and Beto O’Rourke each ran as progressives. But the wave that might have carried them to victory never materialized. Instead, yesterday’s results suggest a few sobering facts:

Still, not all of Tuesday’s lessons are bitter. Abrams and Gillum both exploded the myth that candidates of color can’t compete in the South. #MeToo remains a political force. The backlash against Brett Kavanaugh’s critics may have dominated the headlines, but the wave of Democratic women candidates—the real political wave of 2018—tells a different story. Not just Alexandria Ocasio-Cortez in New York, who ratified one of the biggest upsets in American political history, but Ayanna Pressley in Massachusetts, Veronica Escobar in Texas, Jahana Hayes in Connecticut, Abby Finkenauer and Cindy Axne in Iowa, Ilhan Omar in Minnesota, Rashida Tlaib in Michigan, Sharice Davids in Kansas, Deb Haaland in New Mexico and, of course, Jacky Rosen in Nevada. Not to mention ballot measures like the one that passed in Long Beach, California, protecting hotel workers against sexual harassment by bosses and guests.

Organizations that oversold the chances of mediagenic long-shot candidates like Randy Bryce (who lost by more than 10 points) might want to reconsider their tactics. But groups that focused their efforts down ballot, like the Texas Organizing Project and the Working Families Party (whose co-founder, Daniel Cantor, told me that “the main event…is state legislatures”), reaped solid results, flipping state senates in Maine, Connecticut, New Hampshire, and Colorado—where, with Polis in the governor’s mansion, Democrats won a trifecta.

Each of those wins gives progressives a chance to make the arguments and develop the policies—and the track record of solid accomplishment—that will be needed to defeat the Republicans in 2020. Because the one thing that Hillary Clinton proved beyond a doubt in 2016 is that not being Donald Trump simply isn’t good enough.

Correction: An earlier version of this article described Colorado governor-elect Jared Polis’s platform as anti-fracking. In fact, while he was once an opponent of fracking, he had reversed that position by the time of the election. The text has been corrected.