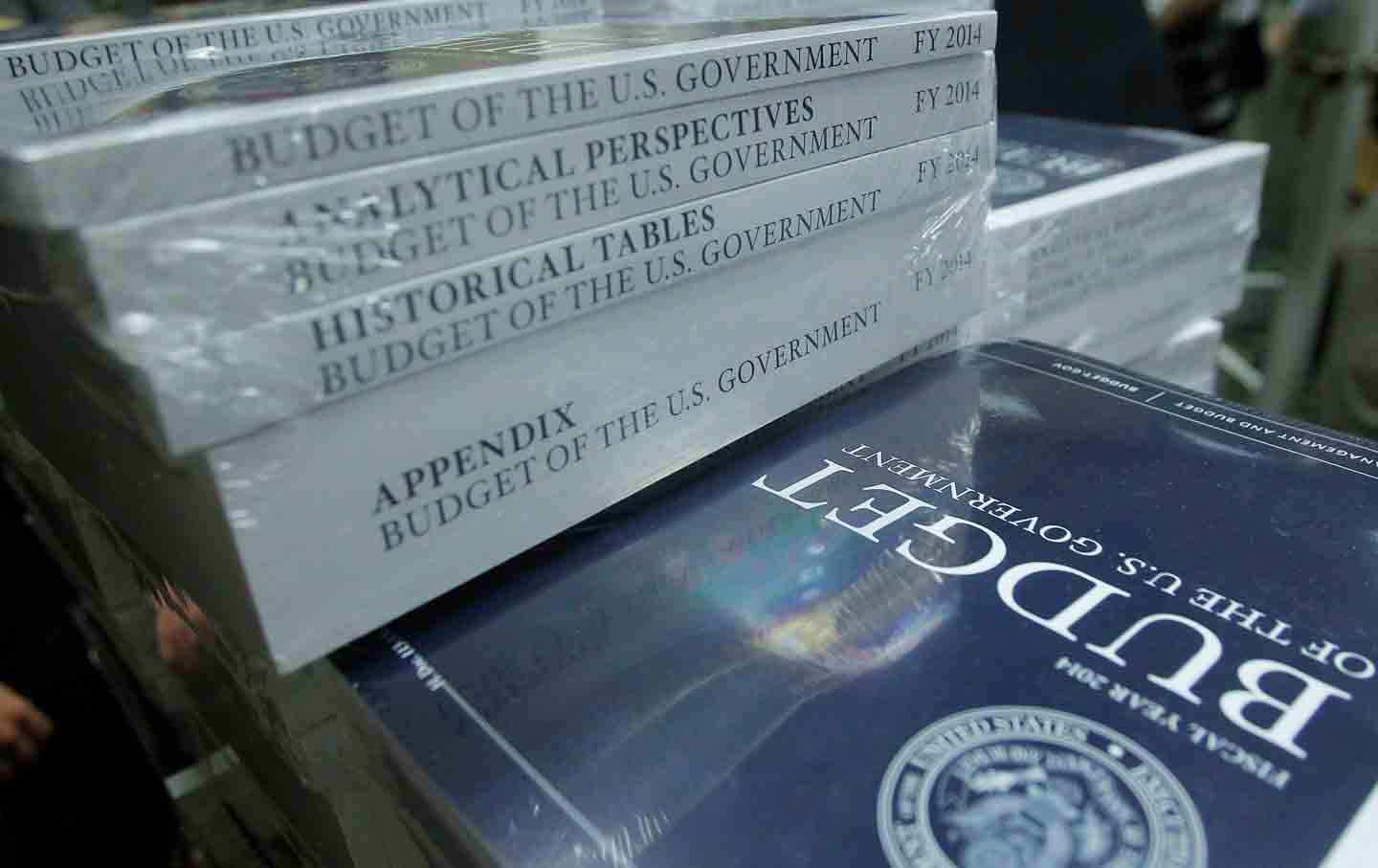 Unfortunately, over the last few decades, the only extremism Democrats have embraced is a perverse adherence to fiscal moderation, specifically a self-defeating fetishization of public debts and budget deficits. While the GOP has long since abandoned any inhibitions about government spending—especially under Donald Trump—prominent Democrats like Nancy Pelosi, Chuck Schumer, and John Yarmuth (the chair of the House Budget Committee) continue to express concerns about increasing the federal deficit and federal debt while watering down their progressive colleagues’ aspirations with vacuous pay-go restrictions dictating that programs be paid for out of current revenue. Instead of invoking Franklin Roosevelt or Lyndon Johnson, these DC dinosaurs are operating from the 1993 playbook of Bill Clinton, Robert Rubin, and other Wall Street Democrats, who reined in the party’s progressive flank on the grounds that fiscally irresponsible government spending would cause bond yields to shoot up, driving borrowing costs higher, tightening financial conditions, and throwing general panic into the broader financial markets. (The Clinton administration’s habitual genuflections to fiscal probity were so pronounced that political adviser James Carville once said, “I used to think that if there was reincarnation, I wanted to come back as the president or the pope or as a .400 baseball hitter. But now I would like to come back as the bond market. You can intimidate everybody.”) 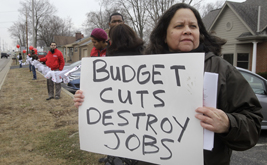 It’s more difficult to make that case today, when US Treasury yields are at multidecade lows and stock markets are at historic highs in spite of the usual sensationalizing about debts and deficits. It’s also flawed economics. Far from crowding out private sector investment, government spending crowds in private spending by creating additional demand. Increases in the budget deficit actually tend to decrease rather than raise interest rates. This is because government deficit spending leads to a net injection of reserves into the banking system. (And big deficits imply big injections of reserves.) When the banking system is flush with reserves, the price of those reserves—the federal funds rate in the United States—is driven to zero in the absence of countervailing measures (such as bond sales).

Contrary to the claims of the economic Chicken Littles, the government policy response in the aftermath of the 2008 financial crisis never caused Weimar-style hyperinflation, as the scaremongers suggested. Nor did the United States experience national bankruptcy (although we came close when Republicans stupidly threatened to push us into a voluntary default by refusing to raise the national debt ceiling).

But one unfortunate by-product of the crisis is that it engendered a collective psychosis regarding deficit spending, especially within the Democratic Party. Ironically, if they chose to look around a bit, Democrats might find some surprising allies to help them discard some of the old myths on government spending to which some still tenaciously cling. Even on Wall Street, of all places, the bond vigilantes, if they ever existed, are gradually being superseded by market strategists, chief economists (from Goldman Sachs, no less), and hedge fund managers, who embrace a different kind of framework, the so-called sectoral balances approach. Much like accountants scrutinizing an entire balance sheet, as opposed to monitoring just the profit and loss ledger, these market practitioners recognize that the national economy operates via a constant churning of debits and credits among the three main sectors: the government, international trade, and the private sector (households and businesses). In this big spreadsheet that represents our national economy, government minuses become private sector pluses and vice versa. Policy should likewise be constructed with this operational reality in mind, as opposed to monomaniacally focusing on just one piece—budget deficits—​of the jigsaw puzzle.

Why does this matter? If businesses won’t invest in real productive capacity (the kind that creates jobs instead of just goosing a company’s share price) or consumers can’t spend much more (because of private debt and stagnating wages) or the US cannot tap global demand to increase exports, then that leaves only the government to step in to spend and invest. Absent robust deficit spending, a drop in private income flows while private debt loads remain high is an invitation to debt defaults and widespread bankruptcies—exactly what we experienced during the Great Depression.

Invoking the Depression might seem peculiar at a time when the official unemployment rate is at a 50-year low. But that number doesn’t give the full story. A recent Gallup survey on job quality reports that fewer than half of American workers said they feel they are in good jobs. Many are turning to loan sharks to make ends meet. Additionally, the US economy still faces substantial long-term challenges—decaying public infrastructure, threats posed by climate change, the most expensive health care system in the developed world, and rampant wealth inequality. And here progressive Democrats have the answers: much-needed infrastructure investment, a Green New Deal, Medicare for All, and policies to reduce inequality. Offering a GOP-lite agenda won’t cut it.

In an environment increasingly characterized by slowing global economic growth, businesses are understandably hesitant to invest in a way that creates high-quality, high-paying jobs for the bulk of the domestic workforce. The much-vaunted Trump corporate “tax reform” may have been sold to the American public on that basis, but corporations have largely used their tax cut bonanza to engage in share buybacks, which fatten executive compensation but have done nothing for the rest of us. At the same time, private households still face constraints on their consumption because of stagnant wages, rising health care costs, declining job security, poorer employment benefits, and rising debt levels.

Instead of solving these problems, the reliance on extraordinary monetary policy from the Federal Reserve via programs such as quantitative easing has exacerbated them. In contrast to properly targeted fiscal spending, the Federal Reserve’s misguided monetary policies have fueled additional financial speculation and asset inflation in stock markets and real estate, which has made housing even less affordable for the average American.

Which points to another big problem. An economy grows less efficiently when most of its gains are funneled to the wealthiest people (with the highest saving propensities, since they already have more than they will ever need). As the economists Emmanuel Saez and Gabriel Zucman have documented, tax data in the United States illustrates that as of 2012 the top 0.1 percent held 22 percent of the country’s total wealth—the same amount as the bottom 90 percent. We’ve gone back to levels of economic distribution that existed more than 100 years ago, when there were hardly any cars, unions were politically marginal, and social welfare provision was minuscule. Rising economic inequality undermines the capacity for individuals to invest in education, which is one of the most reliable sources of economic development. (The resulting lack of skill development has become one of the excuses used by US businesses for continuing to move their operations offshore, thereby depriving Americans of high-quality, well-paying jobs.)

In recent years the federal government has spent many trillions of dollars waging endless wars, with no lasting benefit accruing to the US economy (to say nothing of the lives lost or the other social costs and global environmental degradation incurred). Yet at no time did the deficit hawks in Congress stop to consider the question of “How do we pay for it?” Affordability is invoked only in the context of vital social welfare programs that constitute our ultimate safety net as a society.

Our irrational obsession with the deficit also stands in the way of much-needed public investments in our economic future and in taking the steps needed to enhance our public quality of life. Democrats therefore need to stop internalizing the values of our rentier class and start focusing on the needs of the rest of us. The changing politics on deficits is a glorious opportunity to do just that. Failing to seize that opportunity or simply arguing for a return to the status quo ante (as Hillary Clinton did, which gave us Trump) could deliver us something far worse than this president the next time around. Steve Bannon may have been banished from the White House, but imagine what a more competent version of Trump could do. Imagine how much damage a president who actually knew something about the mechanics of governing could inflict and how far a coherent far-right agenda could go.

Instead, progressive Democrats should embrace the “extremist” spirit of Goldwater and eschew fiscal timidity (which, in any case, is based on faulty economics). After all, Republicans do it when it suits their legislative agenda. Likewise, Democrats should go big with deficits—as long as they are used for the transformative programs that progressives have long talked about and now have the chance to deliver.