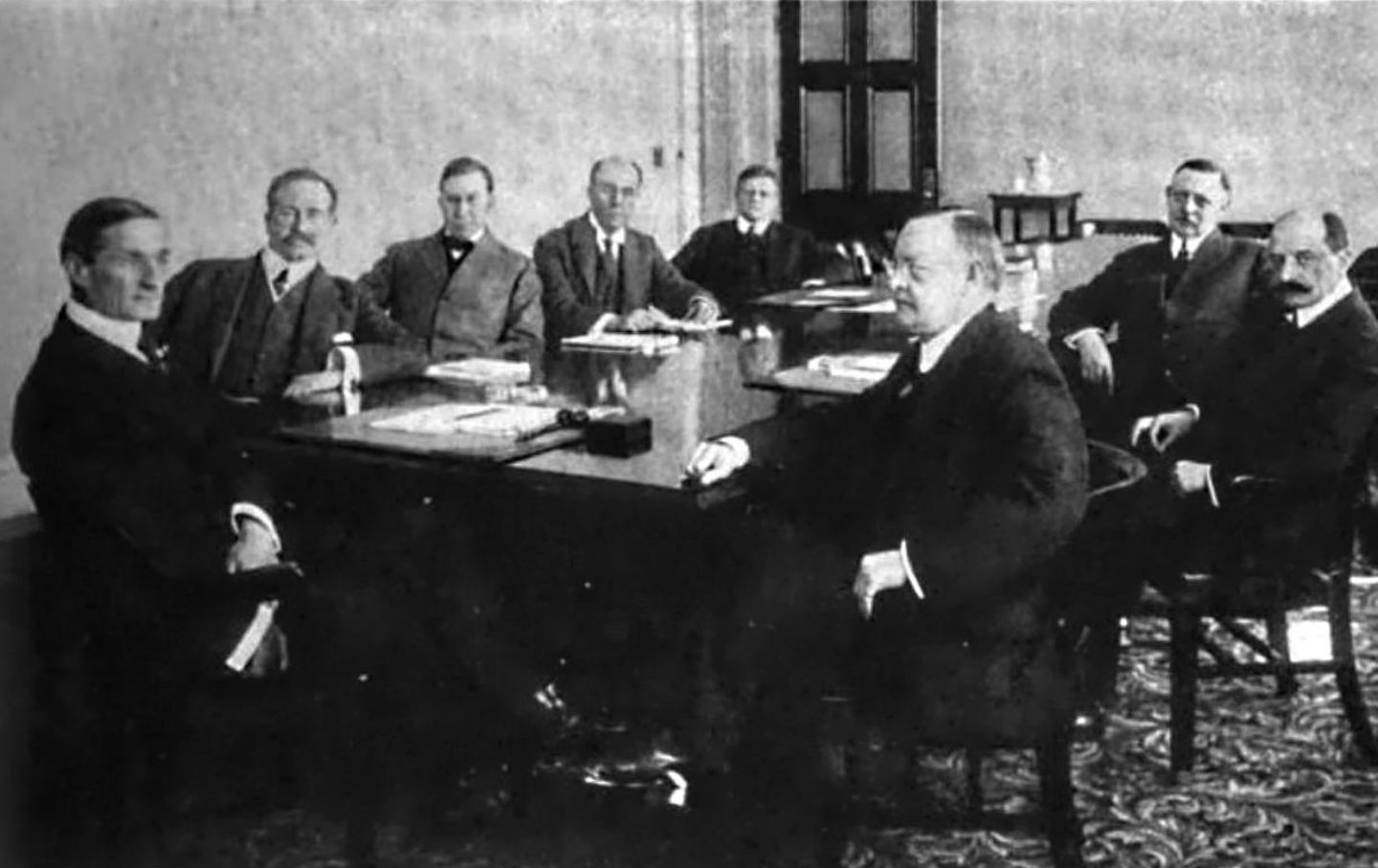 The Federal Reserve Board, 1917. (Wikimedia Commons)

On this day in 1913 President Woodrow Wilson signed the Federal Reserve Act into law, thus creating, for the third time in the nation’s history (but the first time in The Nation’s history), a national central bank. According to a Nation editorial that ran on the first day of 1914, a primary motive for getting the bill out of Congress and onto the president’s desk was the senators’ desire to get home for Christmas. History, we have been reminded again and again by the past year’s Almanac entries, is often the consequence of incalculable contingency and chance.

When the historian who leaves nothing out comes to write the full account of the passage of the currency bill, he will not omit reference to the influence of the Christmas spirit. Congress was as eager as a small boy to get off for the holidays; and there stood the cruel resolution of the Democratic majority not to adjourn unless the bill was passed. This undoubtedly had the effect of hastening final action. The drawing near of the gracious Christmastide seemed to calm the savage breast of the filibuster, and to still the passions of the makers of long speeches. It was rumored that Senator La Follette would insist upon speaking for two or three days; and once can imagine the apprehensive looks that were cast in his direction. But he let his music die within him. Even he could hardly have faced the universal rage that would have fallen upon him if he had ruined the Congressional vacation over the holidays. The whole thing was a wonderful demonstration of what Christmas can do in the sphere of legislation.