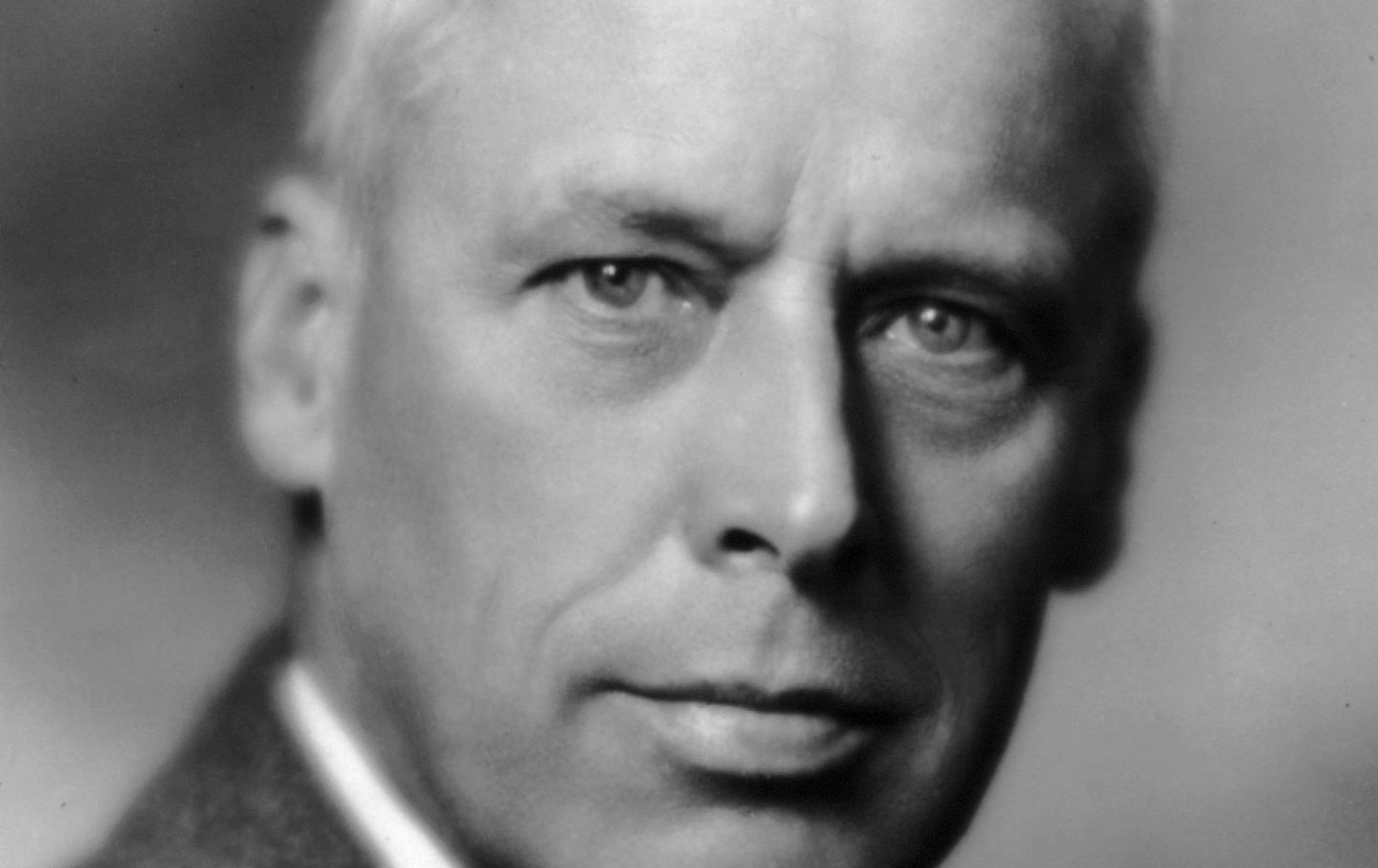 The longtime Socialist Party leader and former Nation associate editor Norman Thomas died on this day in 1968. Forty years earlier, a Socialist Party activist named Mcalister Coleman wrote a piece in The Nation about Thomas’s 1928 campaign for the presidency.

A lanky six-feet-two Ohio-born bone and muscle unlimbers itself above the speaker’s platform at the corner of Avenue B and Houston Street, on New York’s East Side. Flare-lights throw the long shadow of Norman Thomas across the heads of his audience, squat little tailors, for the most part, with here and there smudged mechanics, truck-drivers, and a sprinkling of women and children.

The speaker holds up a huge enlargement of a photograph of a working-class apartment erected by the Socialists of Vienna and then proceeds to wonder loudly and vehemently how it comes that in a comparatively poverty-stricken city like Vienna folks pay around two dollars a room a month for such splendid quarters, whereas in “prosperous” New York a worker is hard put to it to find decent housing at fifteen dollars. His audience begins to wonder with him. And then Thomas goes on to talk of things as they are and things as they might be; simple things like gas bills and rents and pay envelopes and the youngsters’ schooling and the prices the women pay in the stores round about Avenue B.…

If Thomas is interested in the labor movement, all well and good. Ever so many intellectuals are “taking up the movement,” writing pieces about it for magazines and newspapers, evincing an intelligently alert awareness of its existence. But here is Thomas running his good head off at the beck and call of every little union organizer, every Socialist who is getting up a meeting in some remote hall, every rank-and-filer who has a crowd to reach and a cause to preach. In last autumn’s campaign Thomas made more than sixty speeches in two months, most of them out-of-doors, and he wrote enough words to fill a double-decker novel—all because he had been nominated for alderman by a small local of the Socialist Party in a strong Tammany district. When the votes were counted, an ignorant Tammany optometrist, whose boast was “I never go outdoors during a campaign,” was sent back to the aldermanic chamber with a big majority. And now Thomas is running for President of the United States, as the leader of a party whose death has been officially announced time and again these past few years by conservatives and liberals and extreme radicals alike. No one need feel sorry for Norman Thomas. There is little glory in what he is doing. Long nights in stuffy sleepers, long days filled with speech-making in labor halls, at farmers’ picnics, at Socialist rallies; party conferences; newspaper interviews; pamphlet-writing; handshaking (at which, by the way, in spite of long practice Thomas is still singularly inept)—this is not most people’s idea of a good time. But Thomas is having a magnificent time. He is doing what he wants to do and doing it well.