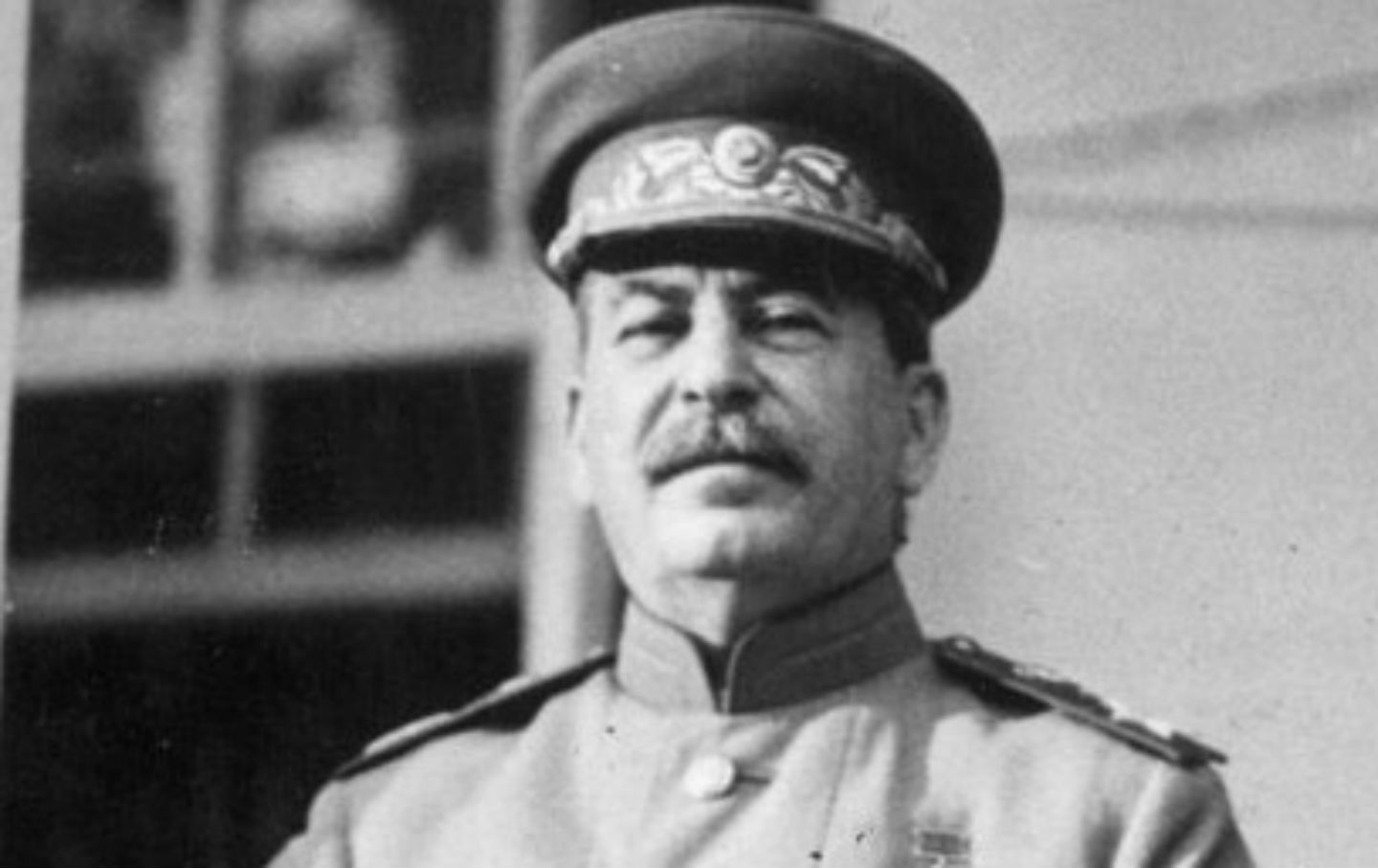 Stalin at the Tehran Conference in 1943. (US Signal Corps)

Louis Fischer was one of the most acute Stalin watchers there was in the 1920s and 1930s. In 1930, Fischer wrote about Stalin’s complete takeover of the Soviet Communist Party from the remaining Trotskyists and other dissidents, and warned the leader to put a stop to the fawning cult of personality beginning to surround him. Eventually Fischer, who, despite this article, generally refrained from harshly criticized the early excesses of the Bolsheviks, broke with the Soviet Union, and in the 1940s, like many former Communist sympathizers before him, became an ardent critic of Communism.

What is the secret of Stalin’s unquestioned strength? He controls every wheel and screw of the party machine, which is the source of authority and power in the Soviet Union. This is extremely important. For dynamic energy, driving force, and discipline the Russian Communist Party is unique the world over, perhaps even throughout history. But party manipulations are not everything. To explain Stalin’s influence by his absolute domination of the party apparatus is to neglect the most decisive psychological and economic factors of the Soviet situation.

Russia today is the strangest combination of brightest white and darkest black. You may spend one evening in a discussion of unprecedented, exciting achievements and the next evening—often among foreigners who suffer the least—listening to distressing tales of hardships. Both are true. Communists, however, are an optimistic, enthusiastic race. They glory in their accomplishments but wave away difficulties.…

Men in this optimistic mood, convinced that they are about to “overtake and outstrip” capitalist nations, and themselves responsible for the construction now in progress, do not want it interrupted, will not listen to Cassandra warnings, and will not applaud meek-minded moderates who caution against excessive haste in industrialization and collectivization. The Right-wingers irritate them; Stalin, on the other hand, makes faith in victory a doctrine. This same faith then becomes another factor in that victory. Stalin fires his followers with additional zeal by preaching self-assurance; he increases the construction tasks assigned, introduces a sporting element into their fulfilment, and mows down the doubters. Seers of evil, prophets of disaster have no place in Bolshevik psychology.…

Psychology and economics are Stalin’s favorable winds. He is also the party “boss.” But he is, in addition, the Soviet Union’s most striking personality. He outranks all other Russian statesmen in courage, will-power, maneuvering talents, political organizing ability, and primitive tenacity. If he lacks the intellectual attainments of a Trotzky or Bukharin his very directness, force, and even crudeness appeal to a party whose membership has changed radically since 1924 and in which the prerevolutionary “highbrow” feels himself slightly out in the cold. Stalin’s job, of course, is no bed of roses. But he weathered the mad tempest that raged in the villages during January and February, and even emerged from it strengthened. Now he will do well to look to the mood of the workers. Their real wages must not fall below the present level. Prices should be pegged, and the criminal inefficiency of the cooperatives eradicated.

A good friend might also advise Stalin to put a stop to the orgy of personal glorification of Stalin which has been permitted to sweep the country. This is Stalin’s Achilles heel. From being the modest, retiring leader whom few saw or heard—the silent power behind the “throne”—he has in recent months stepped forth into the brightest limelight and seems to enjoy it. He has become the object of thickly smeared praise, fawning adulation, and tasteless obeisance…. I have gone back over the newspapers from 1919 to 1922; Lenin never permitted such antics and he was more popular than Stalin can ever hope to be. It exposes a weak side of Stalin’s character which his enemies, who are numerous, are sure to exploit, for it is as un-Bolshevik as it is politically unwise. If Stalin is not responsible for this performance he at least tolerates it. He could stop it by pressing a button.