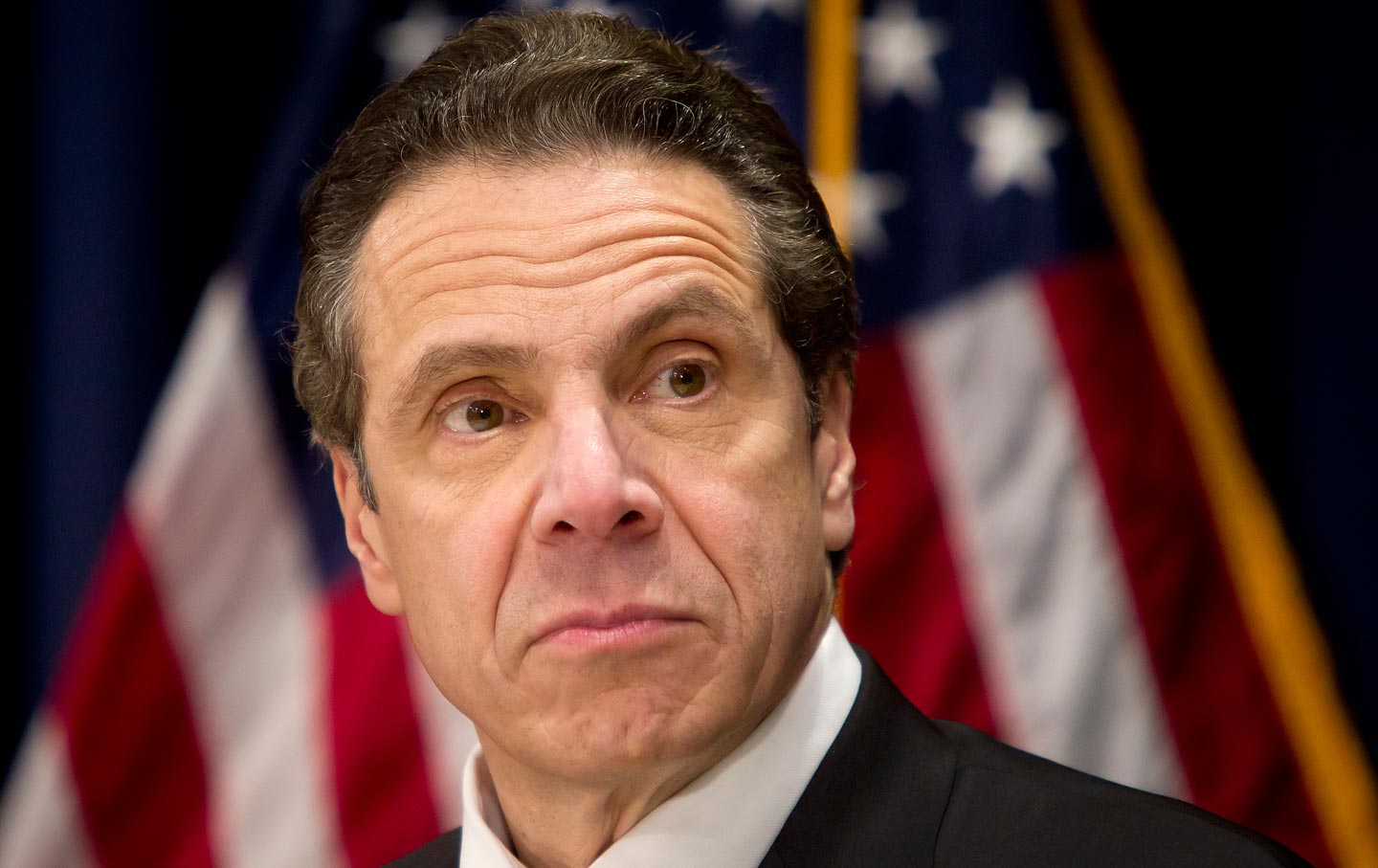 New York’s liberal establishment is undergoing an overdue shake-up: At their gathering this past weekend, the Working Families Party, long a leftward-pushing force on the state Democrats, officially spurned Governor Andrew Cuomo by endorsing Cynthia Nixon, along with City Council member Jumaane Williams for lieutenant governor.

According to The New York Times, the Cuomo campaign isn’t going to take this kind of move lying down: Even before the Nixon endorsement came in, the Times was reporting that the state’s big unions were withdrawing their support for the WFP, allegedly at Cuomo’s behest. The Communications Workers of America, Service Employees International Union (SEIU) 32BJ, the United Federation of Teachers, and the Retail and Department Store Workers Union have all opted to stick with Cuomo and his vastly richer reelection machine—splitting the long-standing community-labor alliance that formed the bulwark of the WFP’s base—rather than throwing in with the progressive outsider’s campaign and risking the wrath of the governor.

But the Times also reported that the Cuomo campaign is allegedly leaning on unions to withdraw their support for the community-service groups who have endorsed Nixon: “If unions or anyone give money to any of these groups, they can lose my number,” Cuomo reportedly said at a meeting last week.

Who are these groups who could be impacted by the governor’s threat? So far, New York Communities for Change (NYCC), Citizen Action of New York, and Make the Road Action (the political wing of Make the Road New York) have all endorsed Nixon, and now face political alienation and the potential loss of union funding as they struggle on with their grassroots organizing work.

Citizen Action’s Executive Director Karen Scharff responded to Cuomo’s move by reiterating the organization’s disenchantment with an administration that has repeatedly proven it “would only stand up for working people when it aided his political ambitions and didn’t irk his billionaire donors.” The organization’s support for Nixon embodies Citizen Action’s determination to overhaul the campaign-finance and voting laws to dismantle the legislative sclerosis that Cuomo’s tenure has symbolized. Nixon has aligned with the group’s key reform demand for “a system of publicly funded campaigns to limit the influence of big money in politics.” The group, which campaigned alongside labor to demand a $15 statewide minimum wage, pledges to “continue to work with our union brothers and sisters” on campaigns for universal health care and school-funding reform. And the endorsement of Cuomo’s challenger fuels their overarching budget agenda, demanding broad protections for public-welfare benefits and fairer tax policies that would tax the rich at a more sane rate.

Make the Road New York—an immigrant-justice organization that has been on the front lines of fights to divest New York City pensions from immigrant-detention companies, securing city IDs for all New Yorkers regardless of immigration status, and other struggles—acknowledges that its long-standing alliance with local unions, which provide funding for the group’s community outreach and social programs, has been disrupted by the divide between the WFP and labor leaders. But Co-Executive Directors Javier Valdés and Deborah Axt reiterated their commitment to working with labor on key issues going forward: “Though sometimes we may support different political candidates…we stand united in our quest for a more just society that prioritizes the rights and needs of working-class people and immigrants.”

For Make the Road, refusing to back Cuomo’s reelection bid is in line with its effort to push the state’s politics toward more progressive stances on issues of racial justice and immigrants’ rights. Though Cuomo has lashed out at Trump’s massive anti-immigrant crackdowns, New York’s migrant communities continue to suffer deep economic segregation, while undocumented youth are frustrated by Albany’s continual failure to pass the state version of the Dream Act, which Cuomo has broadly supported but failed to push through the state legislature.

Nixon’s campaign has not foregrounded immigrant rights so far, but she recently told the Spanish-language El Diario that she backs the Dream Act and opposes any collaboration between local law enforcement and federal immigration agencies, and that the state should “double our efforts to say that a New Yorker is a New Yorker regardless of their status.”

NYCC remains cautiously confident that, in the long term, its historic alliance with the labor movement will survive this election season’s partisan gamesmanship. Executive Director Jonathan Westin declared that “despite Cuomo’s efforts to pit labor unions against community organizations like ours, the truth is that we stood with working people long before Andrew Cuomo, and we will stand with them long after.”

In a follow-up interview, Westin emphasized that no “overt” threats had been made by the unions, which have not publicly proclaimed intent to pull funding from any groups as a result of the political rift. Westin acknowledged that labor groups were in a “worker and boss” situation, with Cuomo “trying to play his heavy hand against the labor unions to the detriment of community organizations.”

On many issues at the center of NYCC’s platform—focused on Wall Street accountability, affordable housing, labor rights, and fair education funding—Cuomo has hoped to placate progressives with modest reforms. But the governor has often preempted more radical changes by compromising with pro-business conservatives, enraging many progressives with Albany’s piecemeal measures: His nationally hyped universal-college program, for example, turned out to be laden with eligibility restrictions that excluded those most in need. And his administration’s pioneering $15 minimum-wage law remains tainted by a highly unequal multiyear phase-in structure that extends a tiered wage system across districts and sectors. The group remains focused on challenging the political dominance of big banks (which fund much of Cuomo’s war chest), defending struggling households against unjust evictions, and pushing for a total transition to renewable energy across the state.

Any potential negative funding impact on NYCC, Westin speculates, would be “a huge detriment to low-income communities of color…. We’re supportive of almost every labor union in the city and work with them very closely, but this threat really makes that relationship a different sort of relationship.”

With WFP’s endorsement, Nixon will likely stay on the ballot all the way to Election Day, regardless of who wins the Democratic Primary. In contrast to the last few electoral cycles, community groups are parting with Cuomo’s well-oiled political engine to forge their own road forward—they’ll be holding a rally in Lower Manhattan’s Foley Square on Thursday to push back against the governor’s threats. And this time, it’s the political bosses, for a change, who must decide whether to get on board or get left behind.